Award-winning drummer Marton Juhasz presents Discovery, his debut album as a bandleader. Featuring 8 musicians from 4 continents, the record is the result of a year of rehearsing and performing as part of Wolfgang Muthspiel’s pioneering Focusyear Program in Switzerland.

Under the tutelage of some of the most respected names in jazz including Django Bates, Kurt Rosenwinkel, Avishai Cohen & Joshua Redman, the musicians spent 12 months together, focused on developing both individually and as an ensemble.

The result: this beautiful, daring album of originals, inspired by the artist’s search for a more personal compositional voice and an effort to make sense of the dissonance that is part of human existence.

Check out the new record

Marton first won awards early on as a percussionist in his home country of Hungary, before studying jazz at Berklee College of Music in the US. He was twice named Drummer of The Year by JazzMa magazine and won ‘Best Hungarian Jazz Album’ in the Gramofon Awards for his collaboration with Lionel Loueke.

With a touring history that has already seen him play at several of Europe’s top festivals and clubs – not to mention as a sideman with some of the great names in jazz – ‘Discovery’ seems set to establish Marton as a real creative force on the contemporary jazz scene.

What The Press Say About Marton Juhasz…

““Underlying the flowing freedom of the improvisations is the almost surgical accuracy in the execution, due in big part to Juhasz’s playing which responds to every rhythmic detour with ease.”

“Whether working out with sticks, brushes or just hands he left the listeners awestruck.” 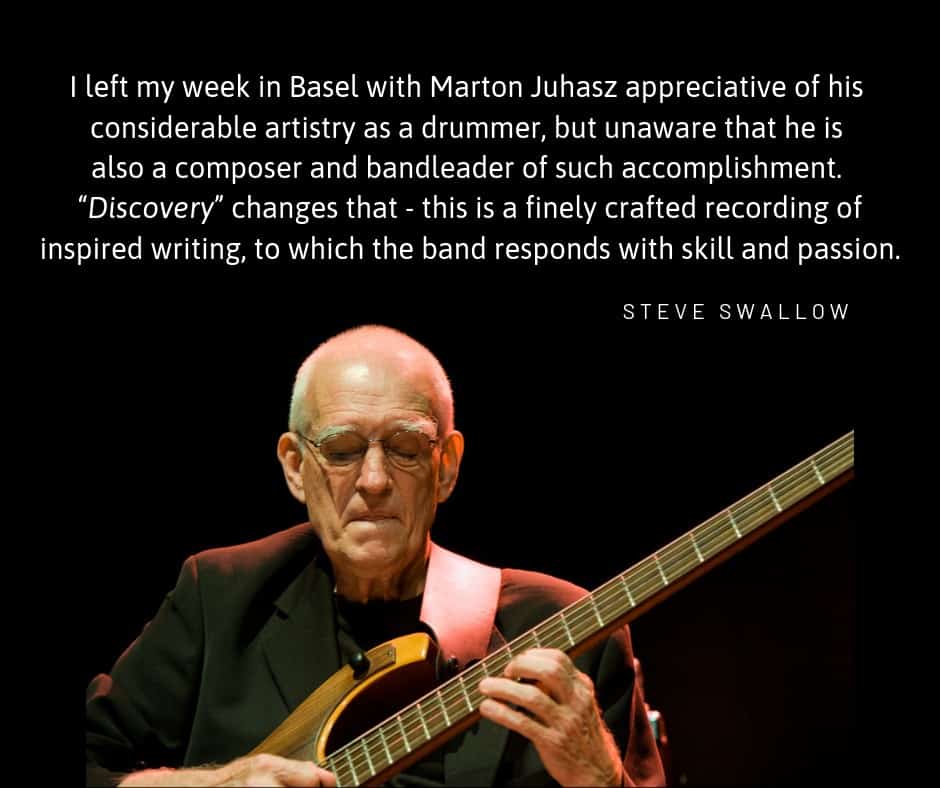