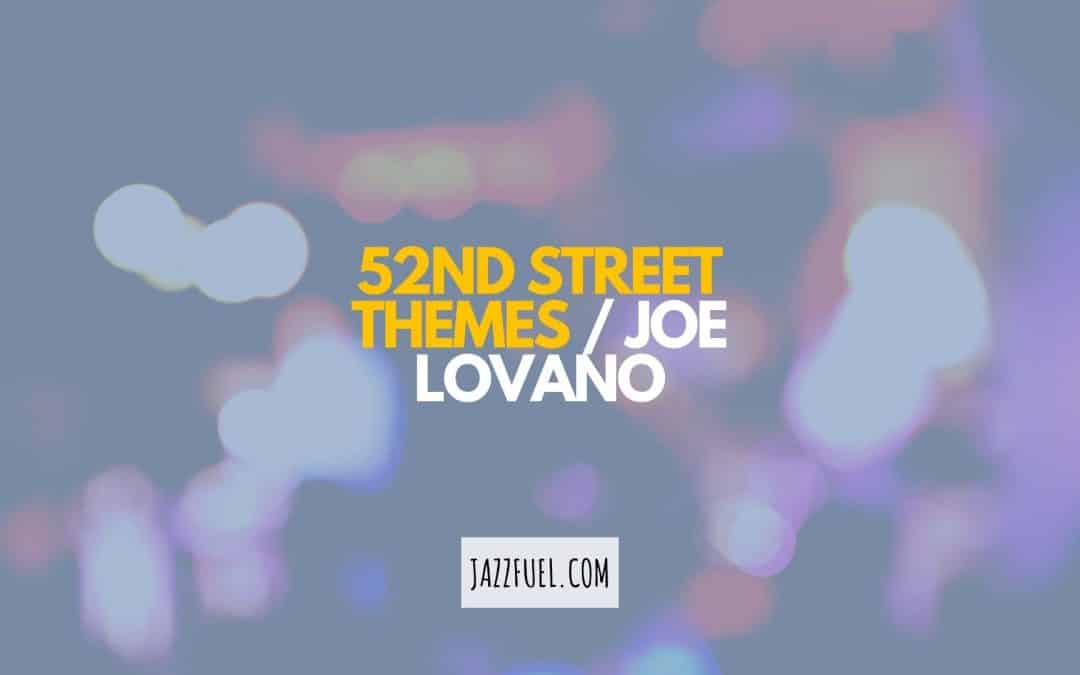 Few modern saxophone players capture the essence of the jazz tradition as brilliantly and creatively as New York based tenor man Joe Lovano.

Born in the early 1950s, he provides a real link between the jazz legends of the past and the new generation of players emerging now.

After studying at Berklee College of Music with Herb Pomeroy and Gary Burton, he got his break playing with the Herbie Mann band before he turned 20.

From there, he went on to play with the likes of Lonnie Smith, the Woody Herman orchestra, Mel Lewis, Paul Motian, Bill Frisell, McCoy Tyner, Hank Jones, John Scofield and as part of The Saxophone Summit with Dave Liebman and Michael Brecker.

Whilst there are a huge range of Joe Lovano albums worth checking out, it’s his 2000 release “52nd Street Themes” with a 10-piece band which perhaps best captures his respect for the jazz tradition.

Recorded in 1999 and released in 2000 by Blue Note Records, 52nd Street Themes represents a real return to his roots for Joe Lovano.

We’ve included some videos below, but if you’d like to listen to the full album, you can find it on Spotify here.

Named after the Thelonious Monk song, the album won the Grammy Award for Best Large Jazz Ensemble Album and, aside from a couple of Lovano originals, features a selection of classic jazz standards by the likes of Tadd Dameron, Miles Davis, George Gershwin and Billy Strayhorn.

Lovano assembled an all-star cast from the New York jazz scene for this recording, which features, alongside the tenor player himself:

Hearing the modern jazz greats play old standards is a fascinating exercise, as it gives the chance to hear some really modern playing in a familiar setting and, as a result, really appreciate what the musicians are doing.

The 13 tracks run the full spectrum from gentle ballad through to burning bebop and everything in between!

A full listen is highly recommended, but we’ve highlighted three of our favourites below in case you’re in a rush…

The impact of the jazz saxophone greats is clear to hear when listening to Joe Lovano and he has himself name-checked a whole host of them as influences, including Coleman Hawkins, Lester Young, Sonny Rollins, Johnny Griffin and Lucky Thompson.

This ‘melody first’ concept gives his music that magical quality of being highly accessible for beginner jazz fans, whilst providing layer upon layer of complexity for those looking to go a little deeper.

Thanks for reading and hope you enjoy this album – and the other recommendations – as much as we do!

If you’re looking for more classic discoveries, head over to our Jazz Music homepage here.