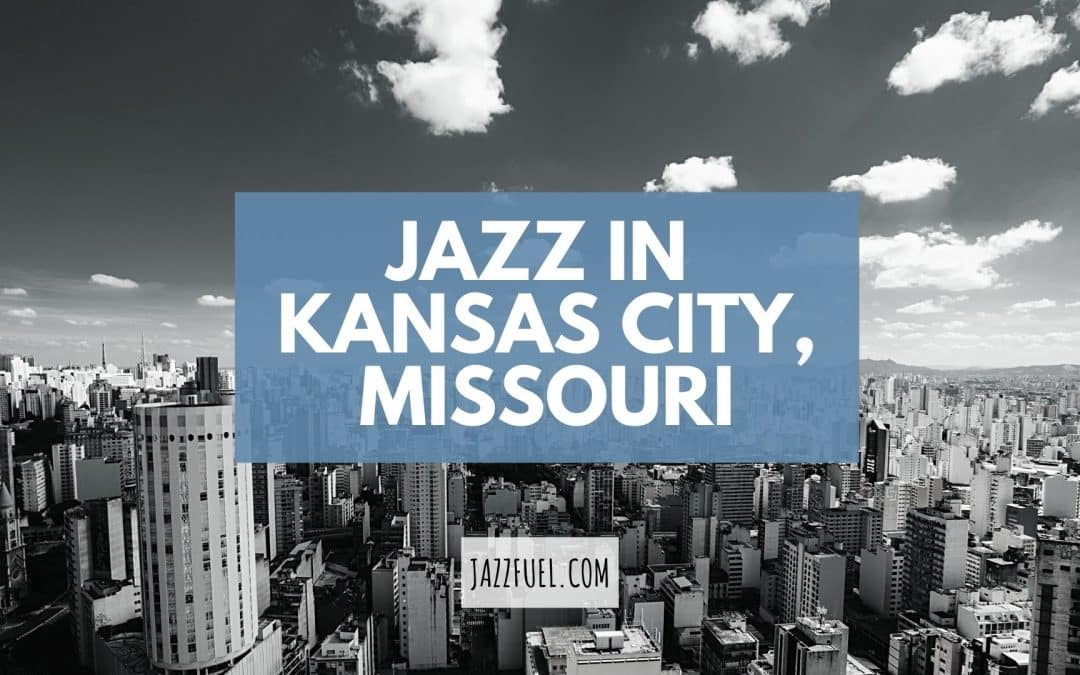 From the 1920s through to today, jazz has been a huge part of Kansas City culture. In this article, we’ll look at the city’s best jazz clubs which are keeping its world-famous jazz scene alive and kicking.

Kansas City played such a vital role in the development of modern jazz that it has its own style named after it: ‘Kansas City jazz’.

The sub-genre developed out of the big band style of the 1920s and 30s and gave way for the groundbreaking sounds of bebop. During this era, the city birthed some of the greatest musicians in jazz, including Charlie Parker, Bennie Moten and Andy Kirk.

In the early 20th century, Kansas City was the epicentre of jazz in the US. Big names, such as Count Basie, flocked to the city where, at one time, there were more than 100 nightclubs dedicated to the genre.

It’s difficult to pin down the precise beginnings of jazz. However, we can say that it solidified itself as an American phenomenon right here in Kansas City.

There are not quite as many jazz clubs today as there were in the 1930s but there are still more than 40 venues dotted around the city that feature regular live jazz. In this list, we’ll look at our top five.

The Phoenix is located in the heart of Kansas City on the first floor of the historical Phoenix Hotel. Situated in the Garment district, the hotel is on the National Historic Registry and the oldest building in Kansas City.

With live music five nights a week, the club is a great place to catch some of the best live jazz, blues and R&B in the city.

Frank Valerius founded the venue in 1905 as ‘Valerius Saloon’. He would later sell the club to his neighbour, Madame Laws, an adoring customer come proprietor of the bar. The current owner claims that sometimes, they still hear footsteps in the hallway or sounds late at night that can’t be explained.

After being taken over numerous times by different owners, in 1990, The Phoenix transformed completely.

It became much more than a local bar. Now, the club attracts thousands of visitors every year, but it still remains faithful to its roots, featuring performances from the likes of Tim Whitmore and Millie Edwards who have played at the club for decades.

The Blue Room is a world-class jazz venue and intimate listening room located in the historic 18th & Vine District, which was and still is a hotspot for jazz in the city.

Found within the American Jazz Museum, the venue is named after the 1930s jazz club of the same name and features both local talent and internationally renowned artists.

The Museum pays homage to the countless musicians who crafted the Kansas City jazz sound, making it the perfect spot to enjoy a night of incredible jazz music and take in the history of the iconic city.

If you’re looking to visit some of the best jazz clubs in Kansas City, make sure this one is on your list!

The Majestic Restaurant is found in the Fitzpatrick saloon, an old building located on Broadway Boulevard.

When it opened over a hundred years ago, this old saloon building was in the very centre of Kansas City, and attracted people of all walks of life, from gangsters to regular punters looking for a place to dance.

At that time, it was located on the first floor of the building, but later it moved to the lower floor, which we know today as the Majestic Jazz club Restaurant.

Although it offers excellent food, it’s the music that draws people to this fabulous bar. With live jazz on every single night, it’s a popular spot for the city’s jazz fans. If you’re a musician, keep an eye out for the venue’s occasional jam sessions.

Visit The Majestic Restaurant via hmajestickc.com.

Green Lady is a comfortable lounge that mainly features Kansas City’s jazz artists. With live music at its heart, the club offers an intimate setting where you can enjoy the music without distractions.

With its red velvet walls and vintage oil paintings, the atmosphere here is all about style. The comfortable and cosy Green Lady Lounge offers a selection of cocktails, food, and live jazz seven days a week.

The music pours from two separate stages and carries on into the early hours. Harking back to the days when jazz musicians would jam until sunrise, this venue feels very much like a tribute to the glory days of Kansas City jazz.

The Black Dolphin is one of the more intimate jazz clubs in Kansas City and an extension of its next-door neighbour, The Green Lady Lounge. The bar/jazz venue is located on Grand Boulevard and features a stripped-back design with exposed brickwork and candle-lit tables.

The club mainly programmes Kansas City jazz musicians and in contrast to its sister venue, is set up more like a venue than a bar with a raised stage and comfy sofas to enjoy the music from.

With a reasonably-priced drinks menu and a flat $5 cover for its live jazz gigs, this is a great option if you’re looking for great quality jazz on a budget.