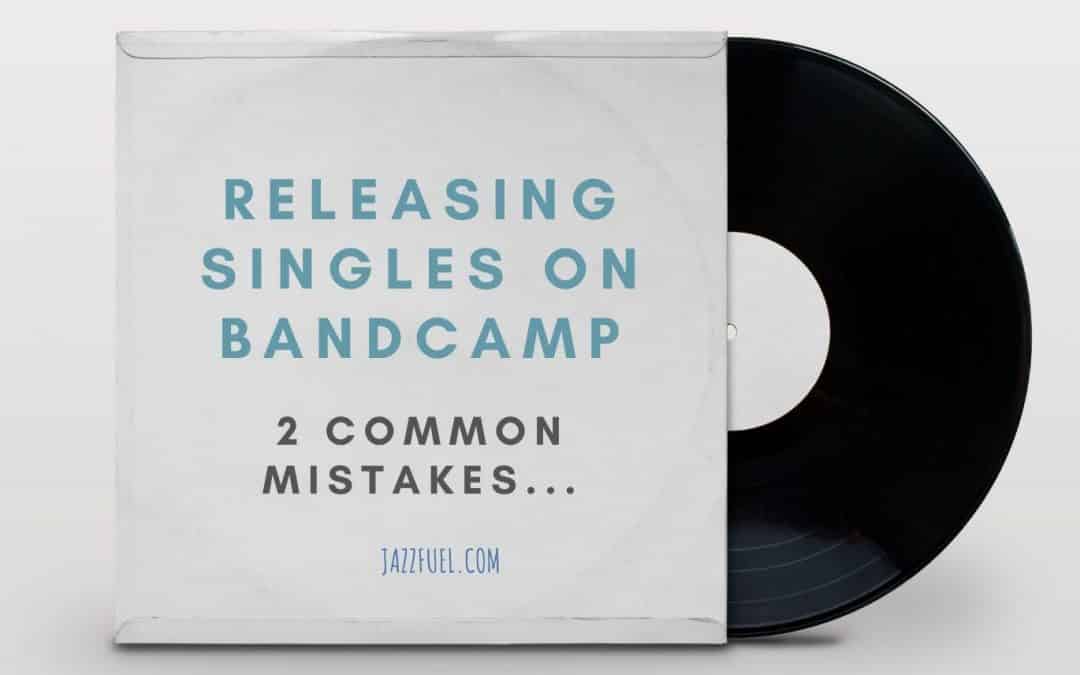 When you think about releasing music on Bandcamp, do you think mainly about selling full albums?

People often associate singles with Spotify and the big streaming platforms, rather than on more direct online stores.

But that strategy of releasing frequently to keep traffic flowing works on Bandcamp too!

And, on top of that, it’s easier to develop these listeners into loyal fans and supporters of your project than on Spotify.

So whether you’re planning to release a standalone track or tease out the first few songs from your upcoming album, let’s talk about singles on Bandcamp.

You can enjoy all the usual benefits – discovery, recommendations, and more – with a single just like an album, if you release it the right way.

We’re going to take a look at two common mistakes people make with singles on Bandcamp.

One will confuse your fans, and the other will block your single from being discovered.

We’ll unpack both and make sure you release your single on Bandcamp the right way!

Do you release lead singles from an album?

You know, dripping out tracks in the weeks leading up to the full album launch?

It’s a great strategy to drive more awareness to your project but, on Bandcamp, watch out for one particular mistake in this situation..

If you released a single track from an upcoming album, don’t leave the track out there after the album comes out.

It’s redundant and confusing at that point.

Why would your fans download the single if it’s also available from the album?

On top of that, if you sell your entire digital discography and have these redundant lead singles for sale, you’re inflating the price.

Maybe you’re thinking, “Is this problem really a big deal?” You’re right that it’s not a massive issue. But the reason you’re on Bandcamp because it treats you and your music the best, so you might as well give it your best in return.

Set up your single(s) as tracks from your full album that are available for advance streaming during the pre-order period. 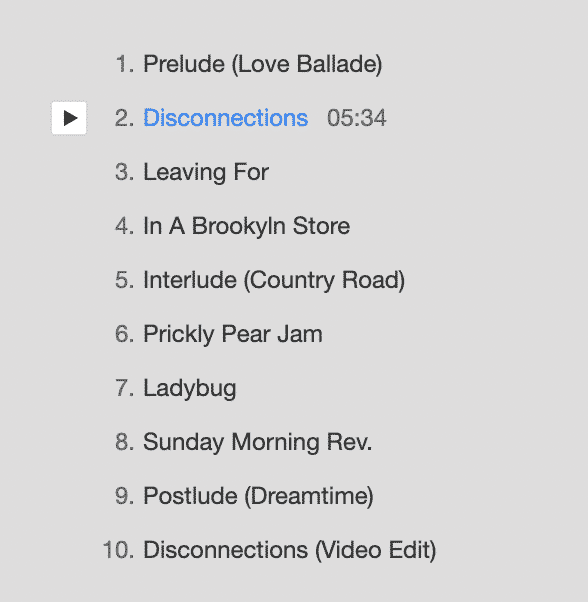 You can set this when preparing a pre-order in Bandcamp.

Have multiple singles from the album? You can go in and make those tracks available on the appropriate dates, during your Bandcamp pre-order.

Think about why people release singles from an album—it’s to drive sales and engagement for the full project.

The Bandcamp pre-order is one of the cleanest ways to do this. It’s easier for fans to hear your single, pre-order the album, and get the full thing through that process than it is for them to check out multiple singles on Spotify.

One thing to keep in mind: the pre-order will show lots of info about your album, like the artwork and track titles. What if you’re tightly curating this album campaign and its details? If you’re not ready to reveal album info yet, try this alternative:

Another solution: the single ‘roll-up’

The cleanest way to manage your single in this case is to release the track but then ‘roll it up’ into the full album later.

Here is Bandcamp’s help article about how to do this.

Once you make your track part of the album, just drag it up into its proper track order position (and delete the copy of the track that you might already have in place).

This ‘roll-up’ is a good solution because:

You can even go back and roll up your old singles into their proper albums. It won’t disrupt your fans or their collections at all (note that the music might appear as ‘new’ in your fans’ collections for a bit, but that’s fine).

Mistake #2: Standalone singles as ‘track’ instead of ‘album’ on Bandcamp

Are you releasing a standalone single that won’t ever be part of an album?

This is a more modern way to release your work. It’s more common in pop music today, but it can be powerful in jazz too—releasing one track at a time and building the audience across several smaller moments.

If you do it, don’t miss out on getting exposure from Bandcamp’s discovery features.

Bandcamp has two types of releases: track and album.

To quote their help desk, “Free releases and standalone tracks don’t appear in Discover, but name-your-price albums with no minimum do.”

The important part is that your release won’t take full advantage of Bandcamp if it’s only a ‘track’. That’s a bigger problem than the previous mistake.

It might cost you some dollars in unrealized sales!

But once again, it’s easy to fix.

So, how do you get your single into Discover? Make it a one-track album.

It’s easy: just add a new album, and put only one track into the album.

When the music’s out, you’ll see that the URL contains ‘album’ instead of ‘track’.

Check out my standalone single “In Shadows (feat. Kria Wall)” as an example and note that the URL and description has ‘album’ in it:

My single got some sales from being in Discover after I released it. I wouldn’t have had those sales if it was just a ‘track’.

Worried about setting a price on your single?

You can let fans name their price for this one-track album and it still will go into Discover.

One more reason to do it this way is that you can add bonus material to an album but not a track. For “In Shadows”, I chose to add a designed lyric PDF and some photography to my download.

Round-up: the right way to release singles on Bandcamp

Have fun with your next single!

Will Chernoff is a Canadian bassist, composer, entrepreneur, and writer. As a jazz artist, he released his first album Aim to Stay in 2020. Visit williamchernoff.com to learn more.