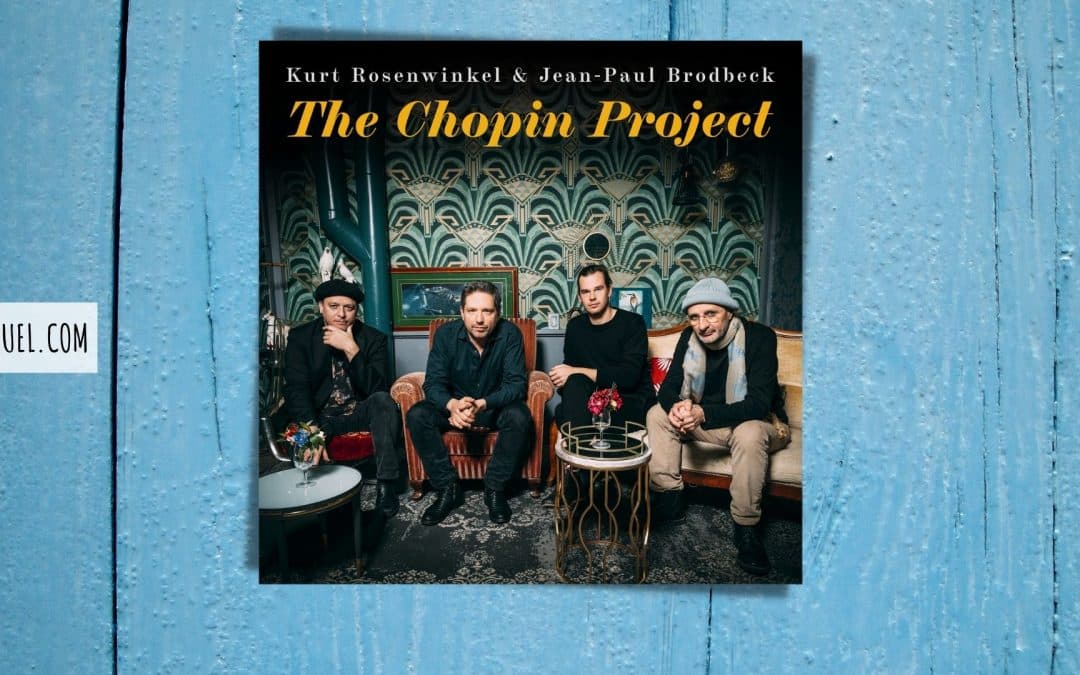 It’s not uncommon for contemporary jazz musicians and composers to delve into their classical training, as is often the case with most composers.

The works of Debussy seem to have inspired and now reignited a whole new wave of jazz pianists who seek to re-approach the tender way in which the classical greats have crafted their most compelling compositions.

One can only assume that classical works, particularly the famous etudes of Chopin should really be left alone, but that isn’t the case with shape shifters Kurt Rosenwinkel and Jean-Paul Brodbeck.

Joined by Lukas Traxel on bass, who plays in the Jean-Paul Brodbeck Trio, and Jorge Rossy, a stalwart member of the Spanish and American jazz communities, the four musicians do more than just reinterpret.

The Chopin Project is clearly a canvas of musical conversation that takes place within the quartet; a kind of story crafted from selected Chopin works. One could say that Chopin’s melodies, slightly improvised the first time round serve as a compass point for each musician to unravel their own personal dialogue with Chopin. 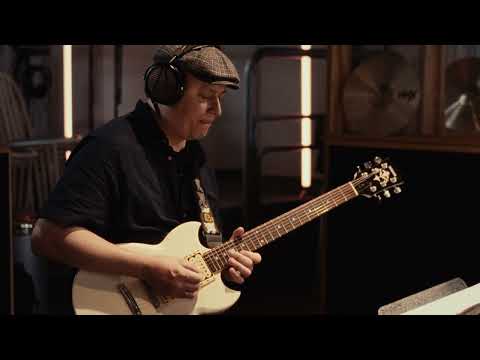 To put it Brodbeck’s own words:

“I was so driven by Chopin’s world over the years, first of all to grow as a pianist, then with that background, I began to absorb his aesthetics and approach to phrasing and melodies.

I let it speak naturally with my jazz language, and then I started to hear Kurt’s guitar sound in this music that led to those arrangements”.

Rossy’s percussion and Traxel’s bass provide an enveloping and energetic textural world for Brodbeck’s piano which outline the beauty of Chopin’s compositional structures, while subtly reorganizing them into the logic of jazz.

I would argue that one has to approach this album as a conceptual one: it isn’t a collection of Chopin works, it is a subtle and yet intricate display of what Chopin would sound like if he were to travel to the here and now, jump into the 606 jazz club and be asked to sit in on a session.

Beginning with Chopin’s most notable ‘Etude in E- flat Minor’, the percussion slows delicately around Brodbeck and Rosenwinkel’s soft and evocative re-working of the melody.

It isn’t until the third track ‘Raindrop Prelude in D-flat major’ that the quartet take full creative liberties. Channelling the essence of Chopin meets Ivo Neame meets Pat Metheney, Brodbeck and Rosenwinkel sound like one voice, even when soloing, perhaps echoing the duality of Chopin’s intricate harmonies.

They take on a more festive approach with the bossa-like interpretation of ‘Valse in C- Sharp Minor’. Not the most original approach, but highlight effective and a change of sound to bring about a more playful nature to the quartet’s performance.

‘Nouvelle Etude in A- Flat major’ could easily be a standard in itself, it sounds so fresh and original. Brilliant bass from Traxel, holding the quartet’s shape-shifting as ripe as rain.

‘Nocturne in C- Sharp Minor’ is perhaps my favourite standout track: each player builds upon the layers of emotional angst that seldom is shown in Chopin’s work.

The pace picks up again with a Chick Corea-infused re-telling of ‘Prelude in A- Minor ‘; brilliant solo from Rosenwinkel who navigates across Brodbeck’s sublime re-harm.

Ending with ‘Prelude in E- Major’ , the quartet do a mesmerizing job of wavering between the known and unknown; the spoken and un-spoken; bringing us to a place of familiarity in a world where identity, such as Chopin’s own misconstrued one is welcome and is supported.

The quartet ultimately, end their conversation with Chopin, as if to remind him, sitting on the imaginary stage at the 606, that he will always be cherished, and always be welcome to re-visit.

Stunning and captivating, “The Chopin Project” is available now on Heartcore Records as a CD, digitally for purchase and all digital platforms.

You can also check our 2017 interview with Kurt Rosenwinkel here.

Athens born to Lebanese-Canadian parents, Lara Eidi an established singer-songwriter, recording artist and jazz vocalist based in London and Athens. She writes as a freelance music journalist for various international publications amongst other creative work.