Armed with his friend and mentor’s old horn, trumpeter Tomasz Dąbrowski assembles an eclectic cast of musicians to pay tribute to the late Tomasz Stanko with his release The Individual Beings (11th Feb, April Records).

“I don’t feel lonely. I am an individual being” Polish jazz legend Stanko famously said.

Dąbrowski embraces this quote in a musical reflection on what his time with Stanko taught him.

“We’re all Individual Beings, and our individuality is the strongest thing we have to offer the world – it has to be protected and developed” he said.

The result is a deeply personal, yet powerful celebration nested in a vast sonic soundscape.

At times reminiscent of Wayne Shorter-era Miles Davis Quintet, at others minimalist and tense, the occasional use of electronics adds to the exploratory and forward-thinking vibe of the music.

In his self-proclaimed “search for simplicity” the trumpeter and bandleader is joined by six other musicians, chosen specifically for this project for their representation and manifestation of one of the things most important to Dąbrowski: “personality, both on and off stage.”

Aside from saxophonist Fredrik Lundin (Denmark) and drummer Knut Finsrud (Norway), the group’s members are Polish or Polish-based and arrived into the bandleader’s life sometime over the last years.

It’s perhaps testament to the young Tomasz’s connection with his hero-turned-colleague that he performed this music with the trumpet on which Stanko did some of his best work in the 1990s, on loan from his family.

Since moving to Copenhagen, Denmark, in 2008, Dąbrowski has displayed an unceasing curiosity, stretching and expanding his jazz roots and emerging as one of the most exciting and well-rounded trumpeters in Europe.

The Individual Beings is the next riveting chapter in the story of a real-time rising star and a mature, reflective homage to a late, great legend. 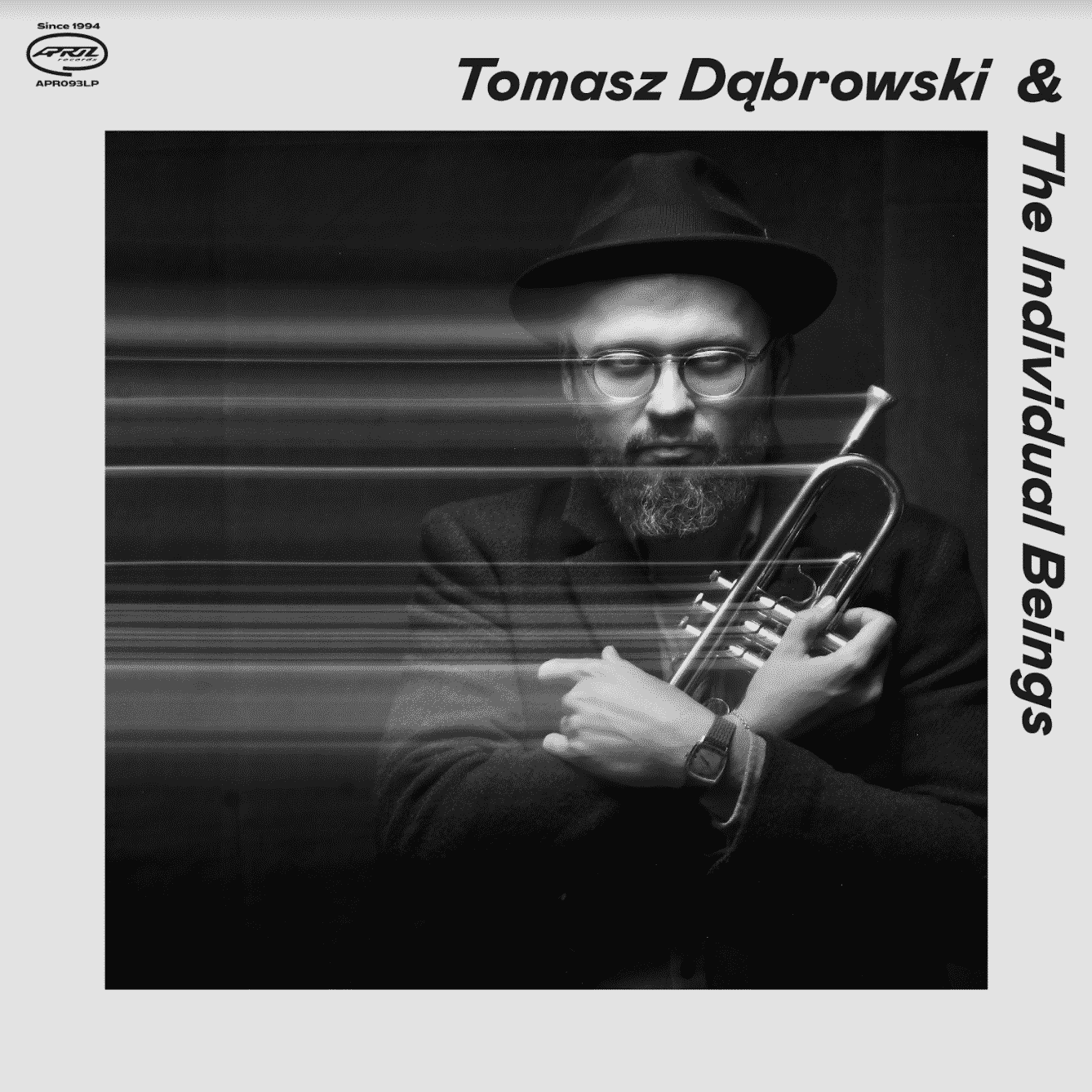 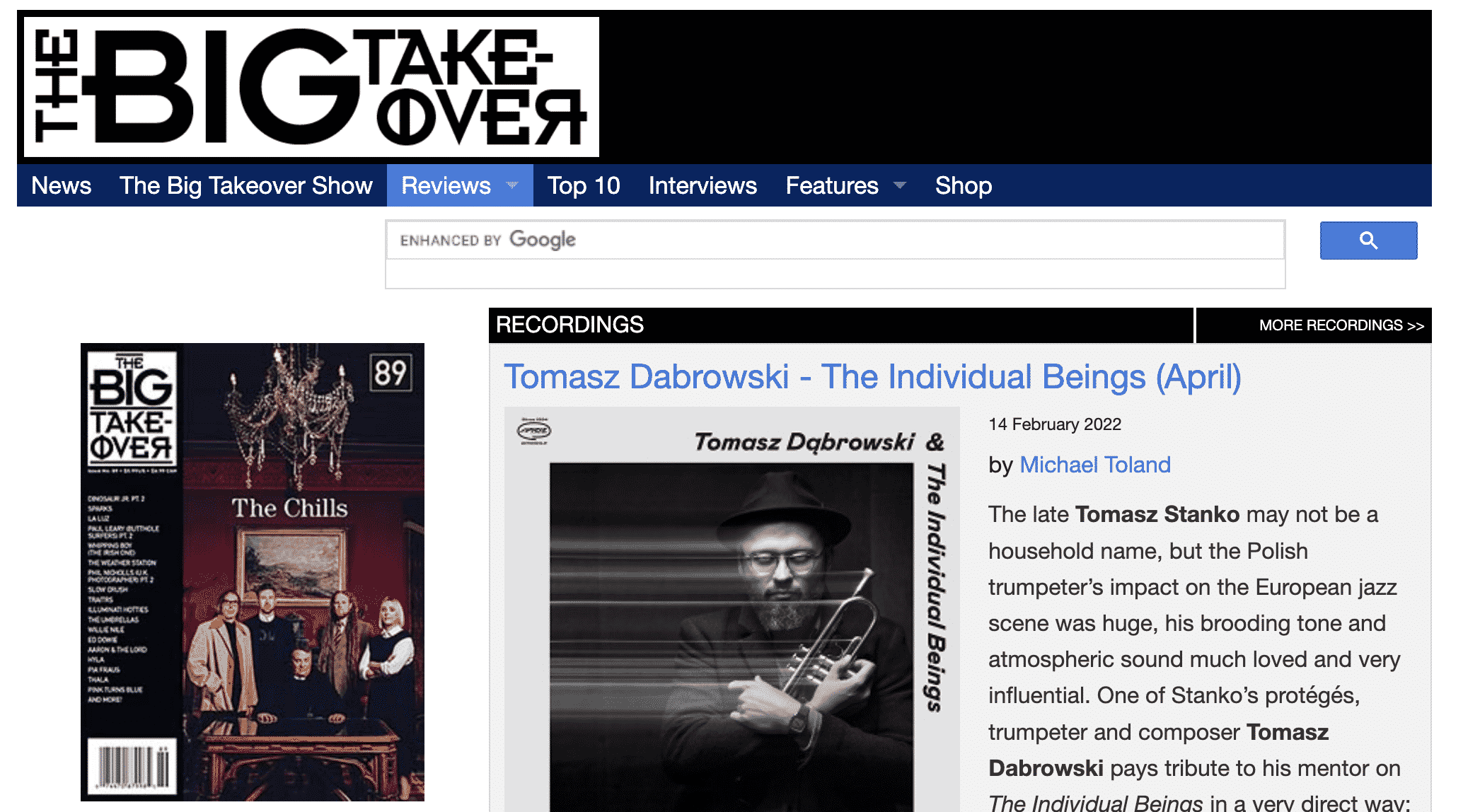 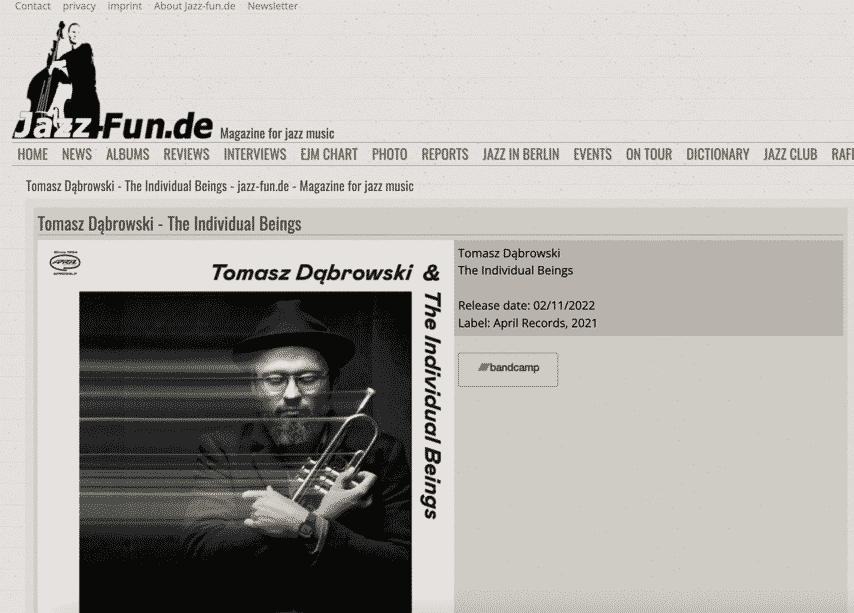 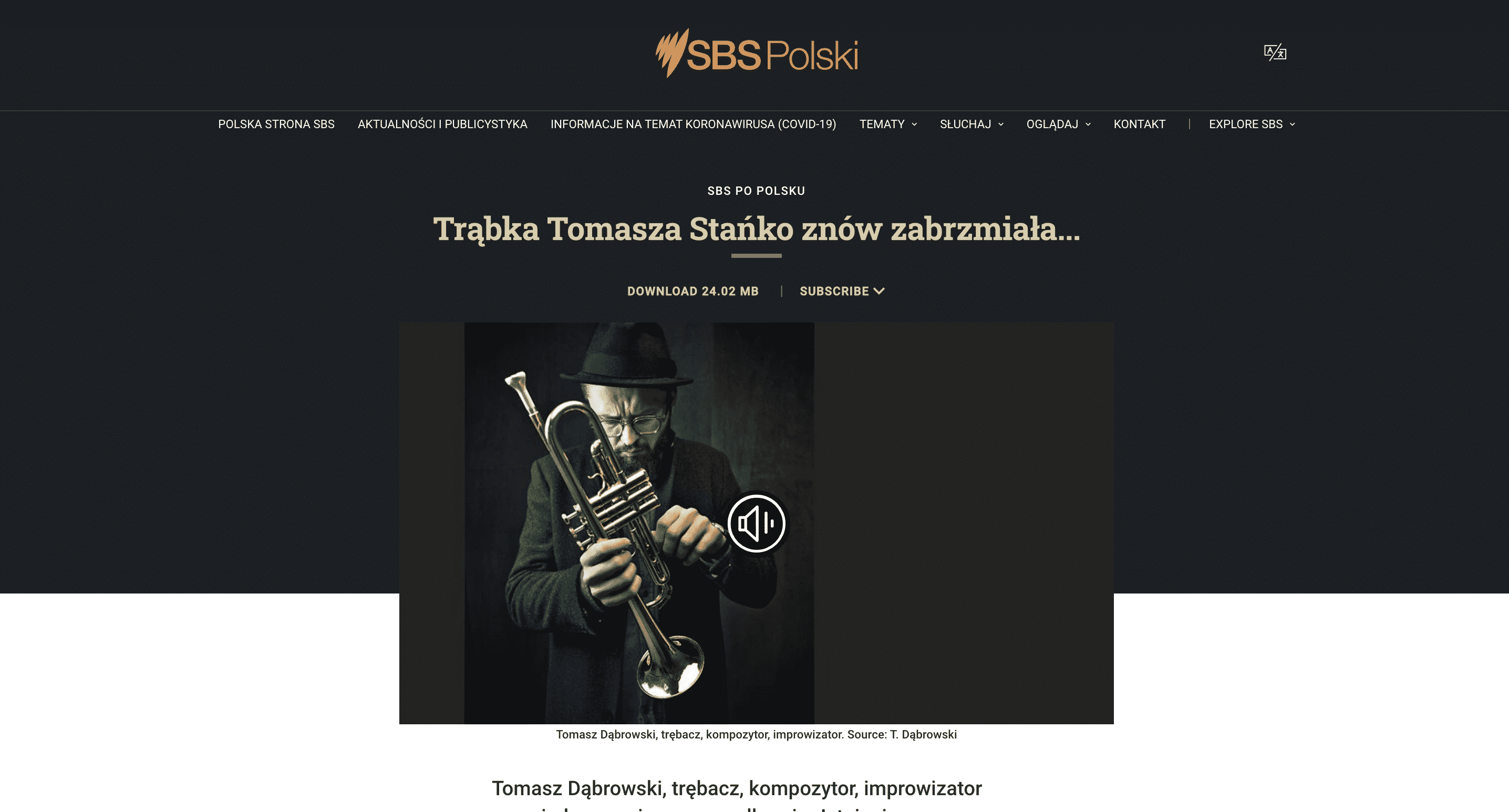 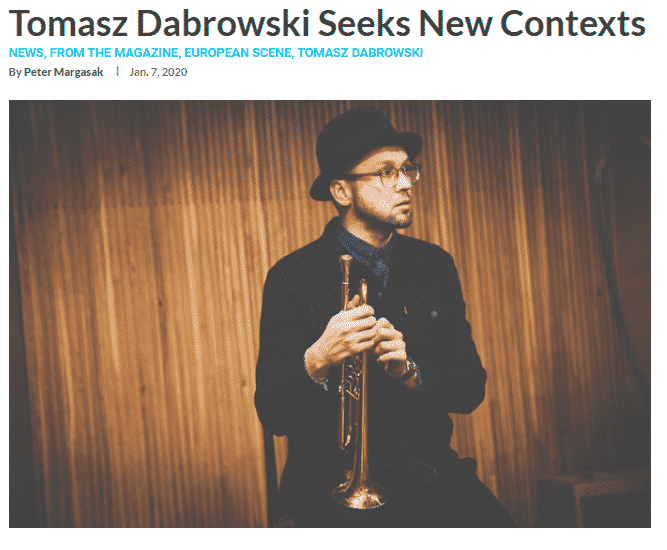 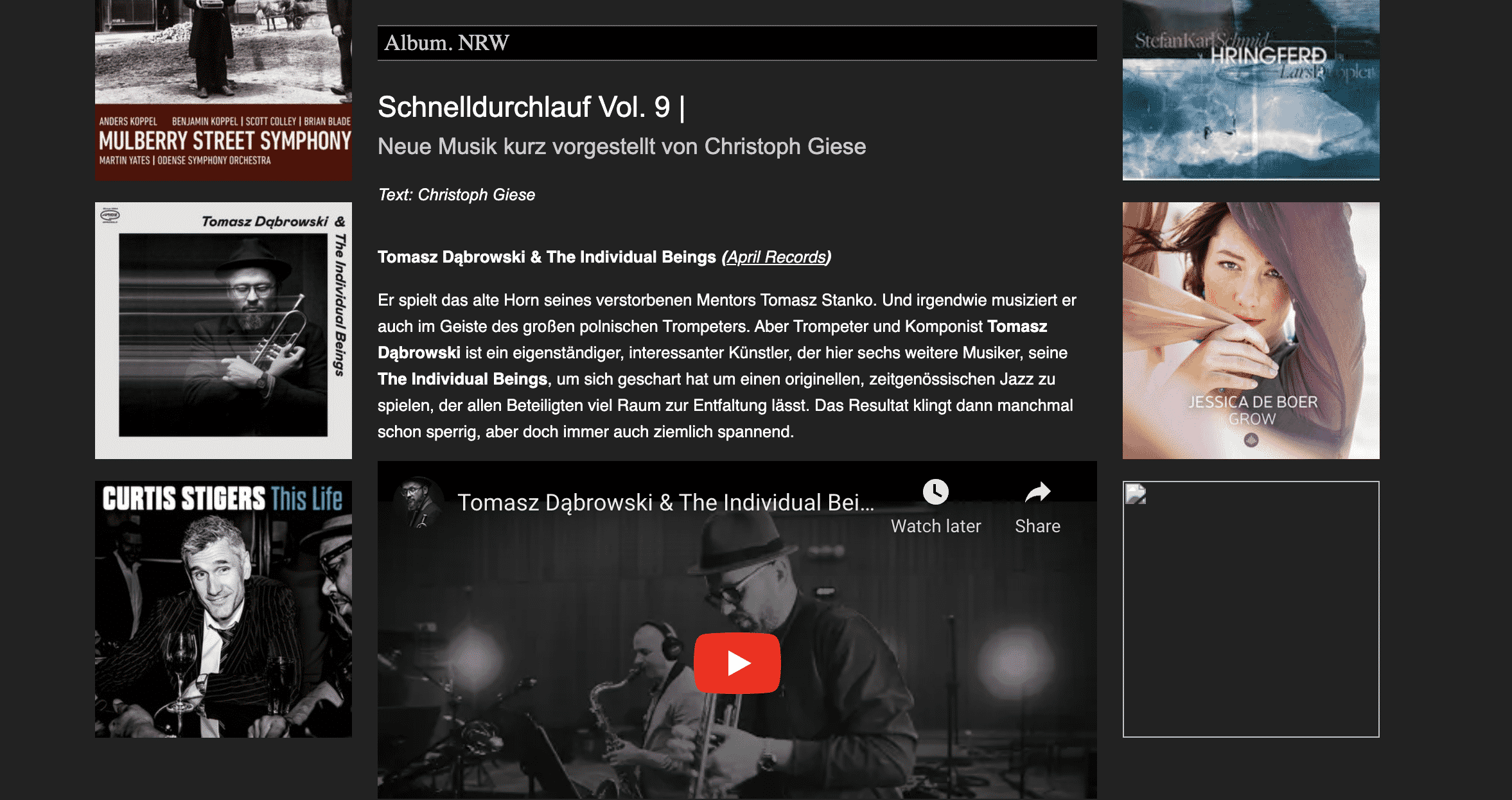 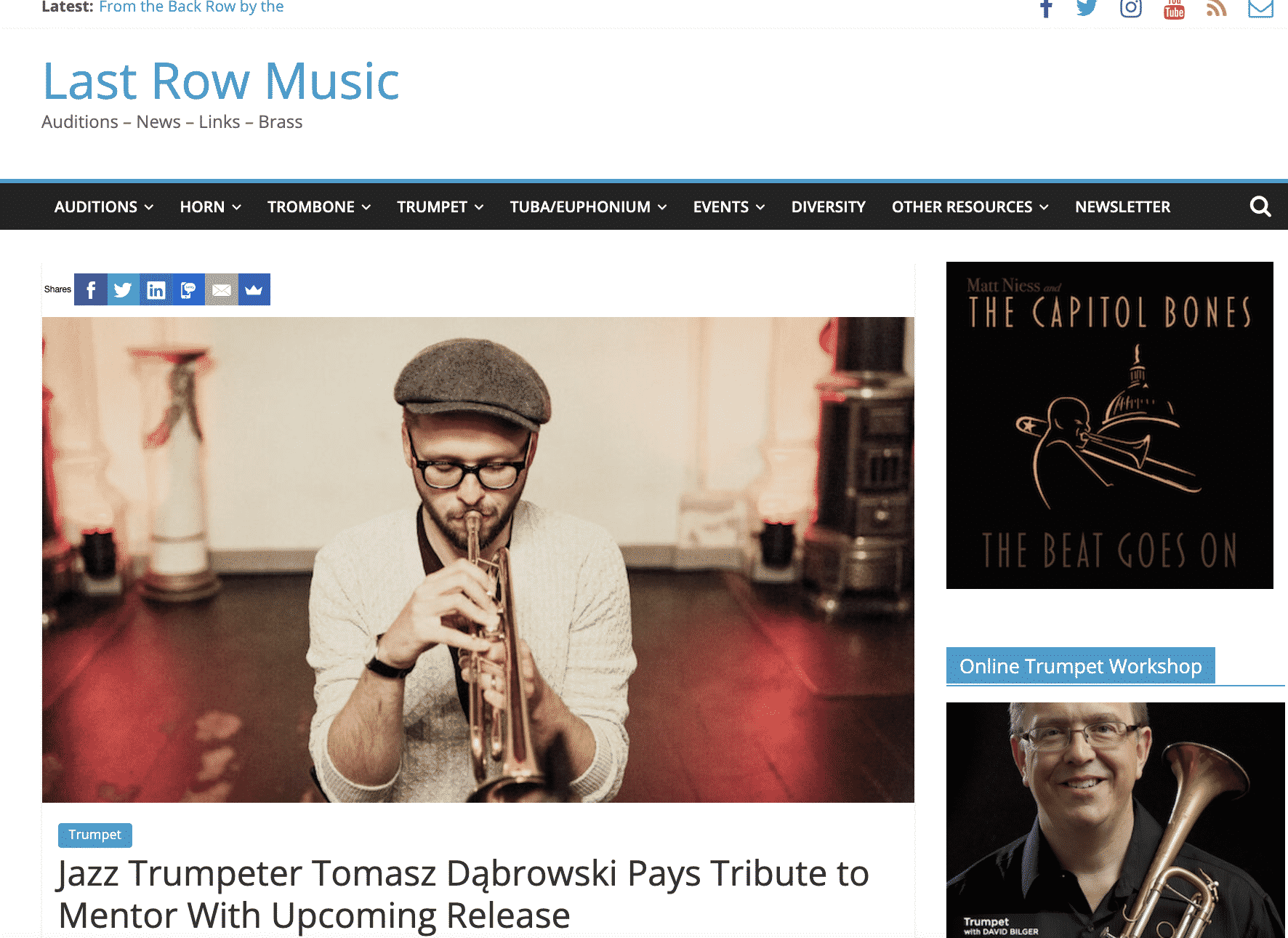 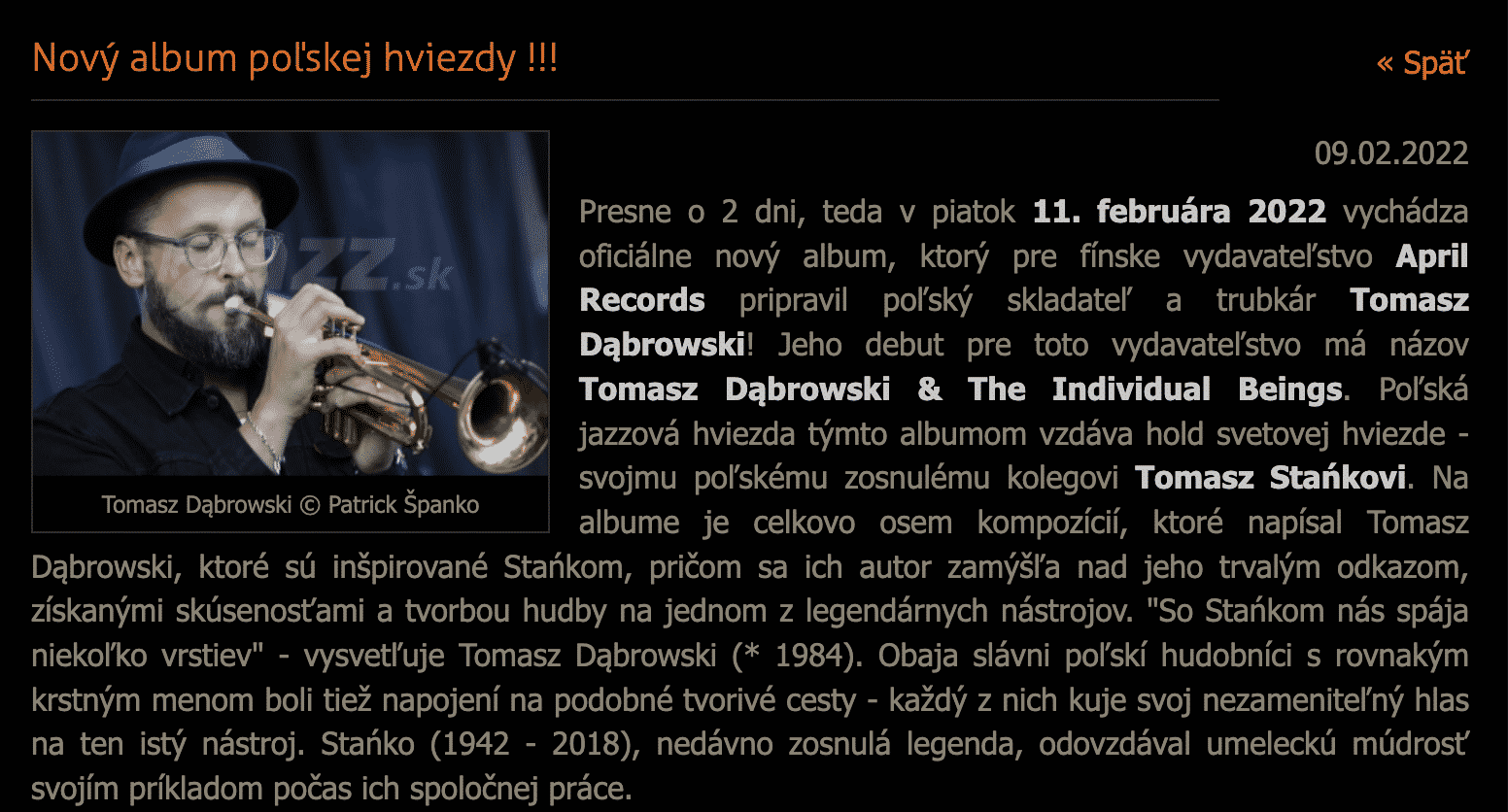 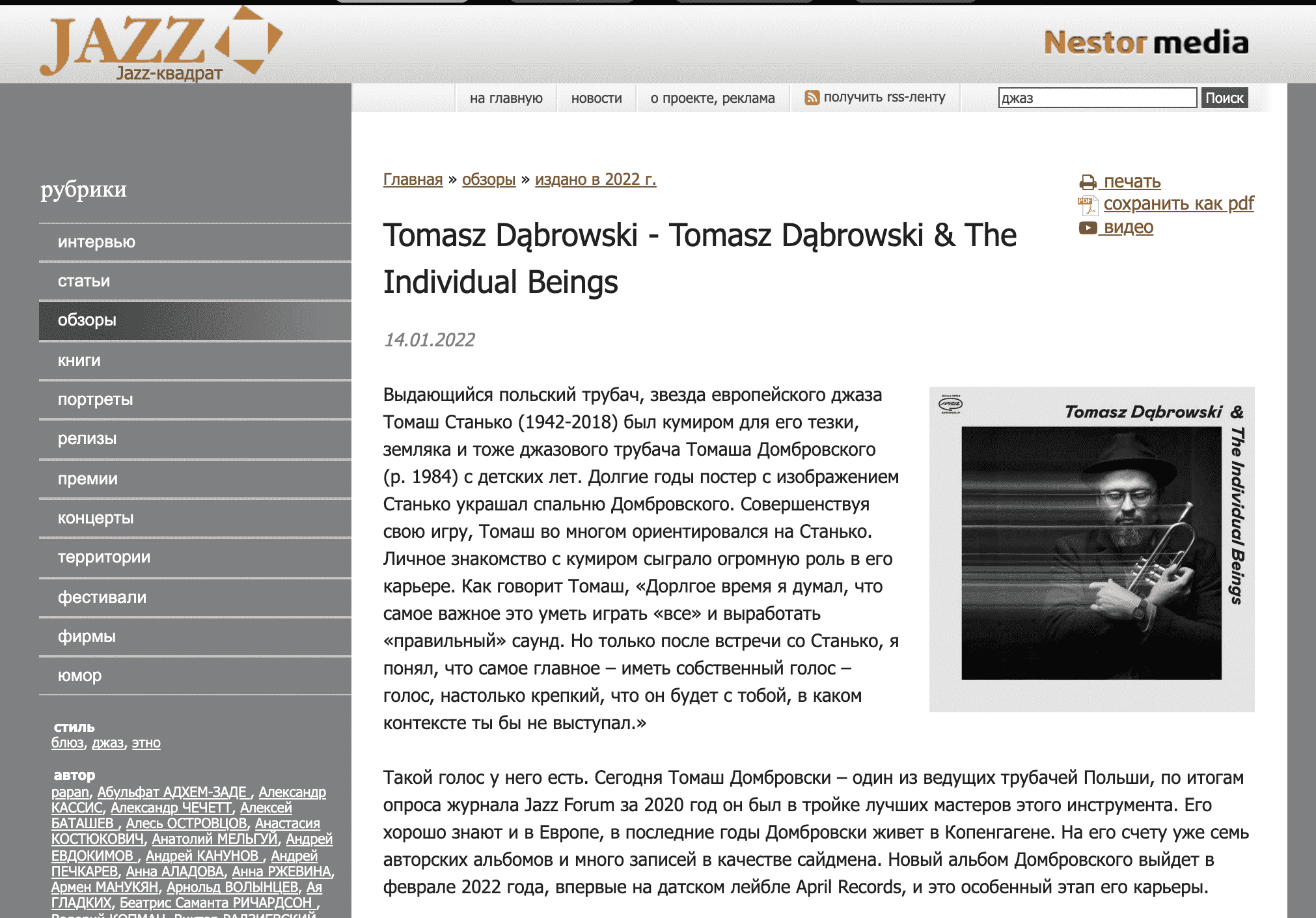 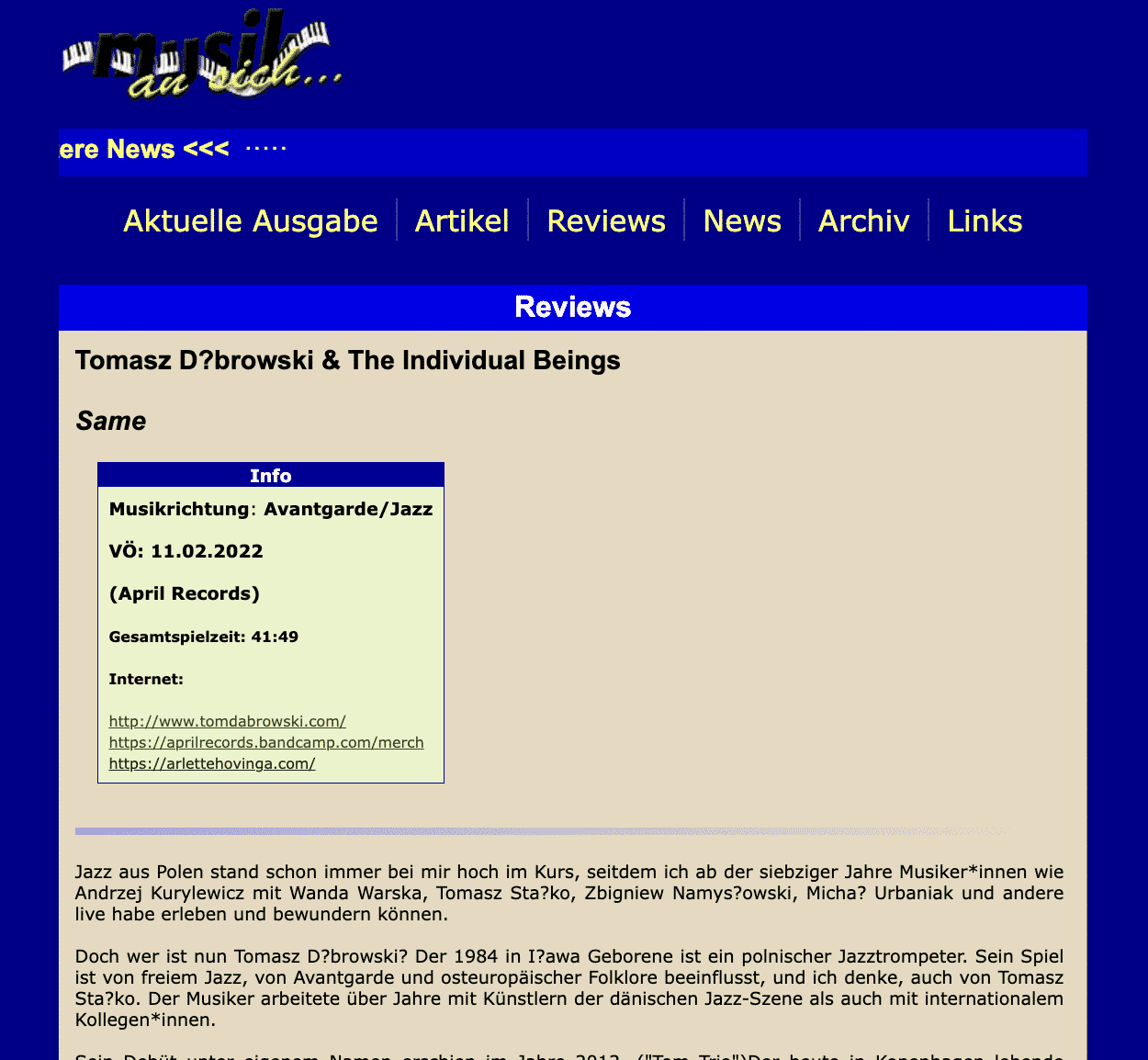 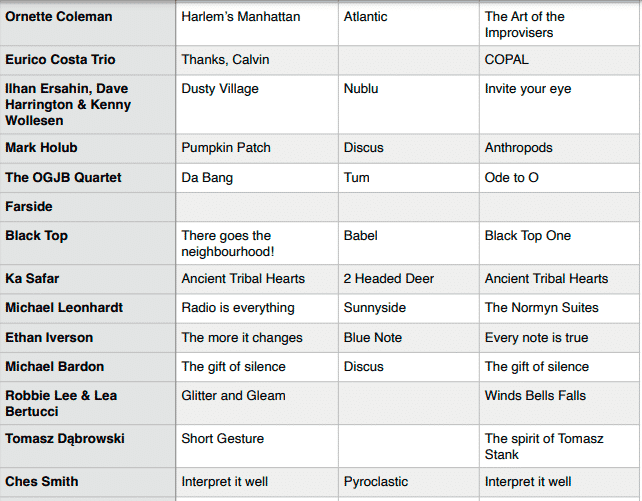