Featuring an all-star lineup of some of the leading names in contemporary jazz, Galician dum poet Iago Fernández returns with his fourth album as a bandleader. ‘Luzada’ is set to release on November 25th on Spanish label Fresh Sound Records.

The ten compositions contain numerous musical sources of inspiration – from jazz to Radiohead and classical music to folk music from Brazil and Galicia. Fernández explains that “Luzada” is probably the most personal work of the Swiss-based drummer to date:

“The emotional inspiration to write this music is connected to my inner healing process. In 2019, I started to deeply process traumas from my childhood in therapies and to regularly practice yoga and meditation.”

“Luzada” translates as “light emitted by a body, either its own or reflected”, but also means “the first light of the day, when the sun rises”. The term itself comes from Galicia, an autonomous region in north-western Spain, where Fernández is from.

The drummer has written two poems in his mother tongue, Galician, which can be heard on the album: Almas Viaxeiras (“Travelling Souls”) describes the longing for physical closeness between two connected souls who inevitably could not see each other during the pandemic, and Flor Esvelta (“Slender Flower”), about spiritual healing, growth and maturity.

With an overarching contemplative and spiritual tone, Luzada’s sound is rich, melodic, and undeniably modern. With expertly crafted compositions and mature, tasteful musicianship at its core, the record gently invites the listener to share in Fernández’ experiences and process of healing.

The ensemble’s collective CV includes collaborations with powerhouses such as Kurt Rosenwinkel, Aaron Parks, Marcus Gilmore, Gilad Hekselman, John Scofield, and a number of releases on labels including ECM. 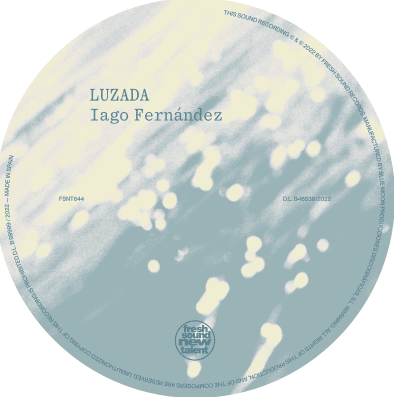