Inspired by Aldous Huxley’s collection of essays published under the same name, The New York Second (led by Dutch pianist Harald Walkate) brings together some of the finest musicians on the Dutch jazz scene for his 2022 album Music At Night (March 7th).

Complete with flute, brass and reeds, it’s a collection of film music for a movie that doesn’t exist; a concoction of contemporary music and modern jazz, twisting into passages of swinging melodies and near-big band bravado.

The nine songs may be inspired by stories of the night, but this is by no means bedtime listening…

Moments of harmony and calm give way to ensemble-playing that’s both agitative and conflicting, leaving an undertone of delicious tension throughout; something is always lurking around the corner.

Dutch pianist Harald Walkate is joined by perhaps the finest lineup of young and established musicians found in The Netherlands today, almost each of them band leaders in their own right.

Trombonist Vincent Veneman has shared the stage with greats such as Kurt Elling, Herbie Hancock and Snarky Puppy, young saxophonist Jesse Schilderink is widely regarded as the next big thing in Dutch jazz, and flutist Mark Alban Lotz has worked extensively on the international world-jazz scene with everyone from Chris Potter to Namgyal Lhamo.

Leave the nightlight on, warm yourself by the fire, and pour a good drink: Music At Night holds tales not for the faint of heart… 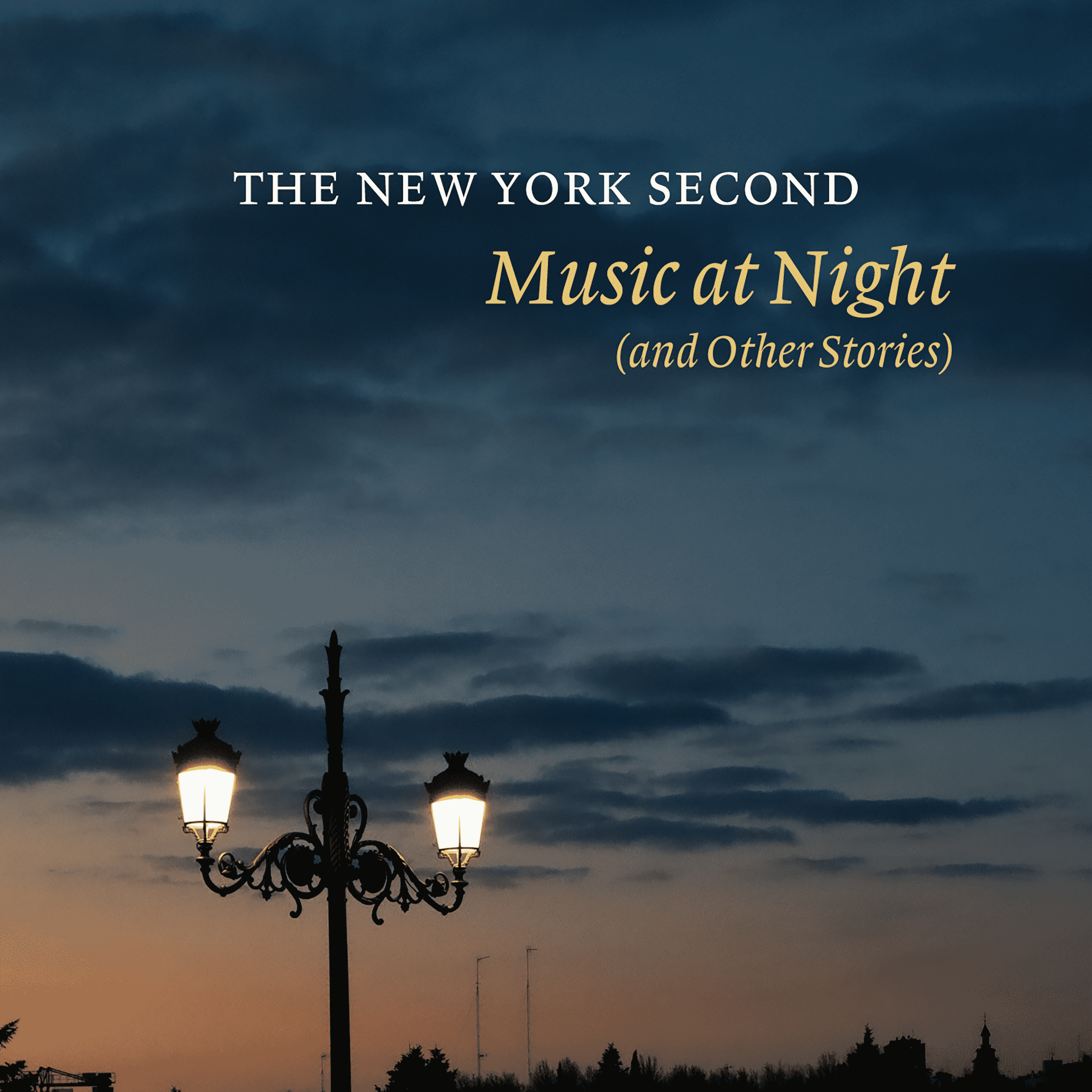 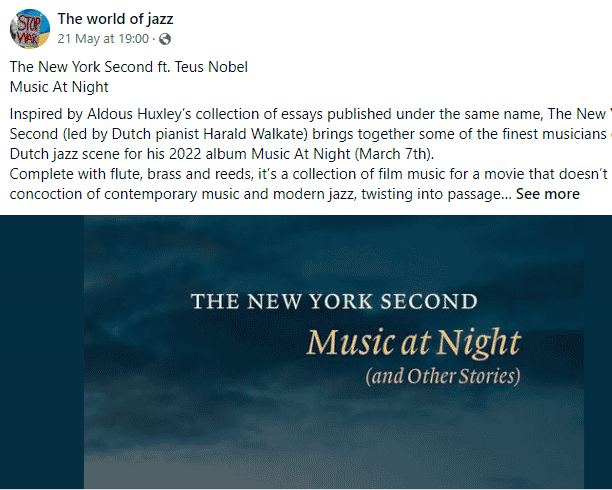 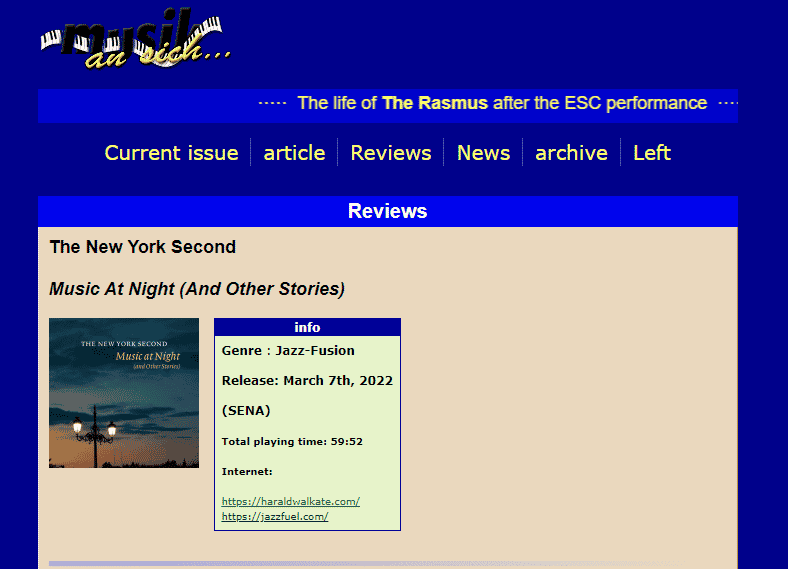 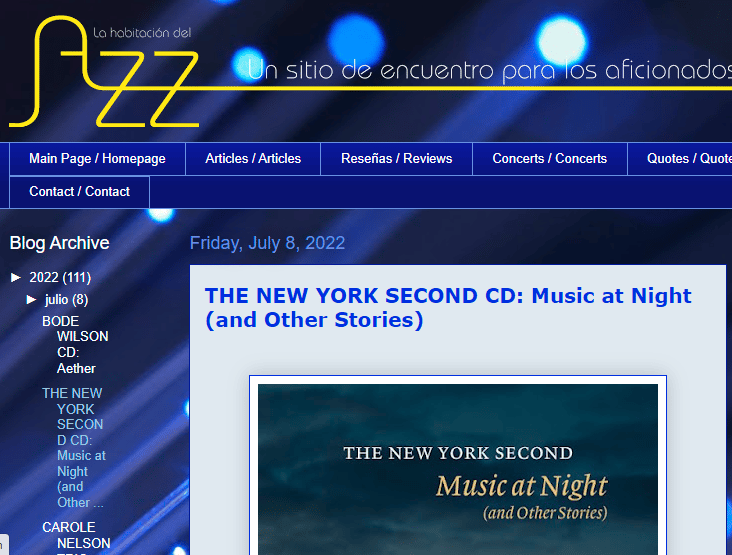 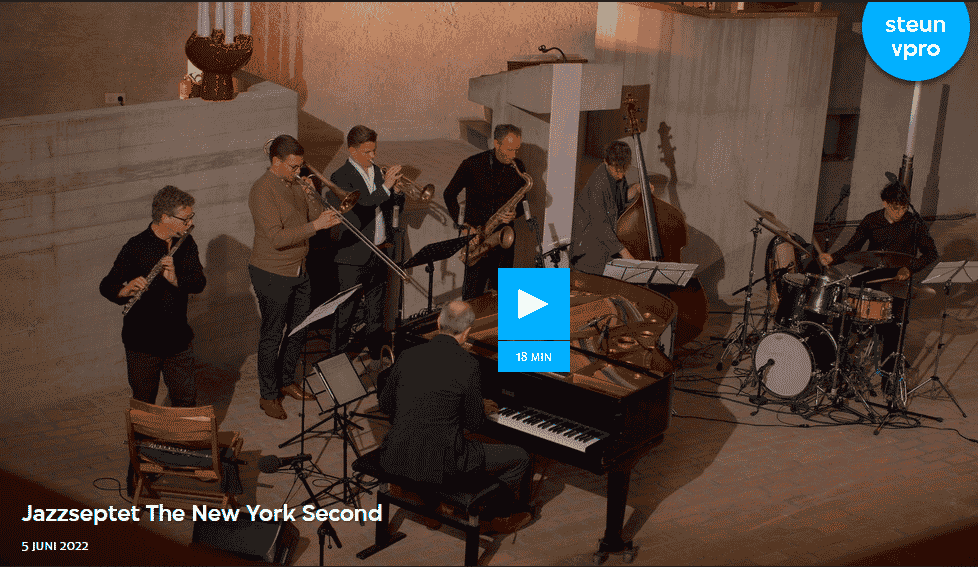 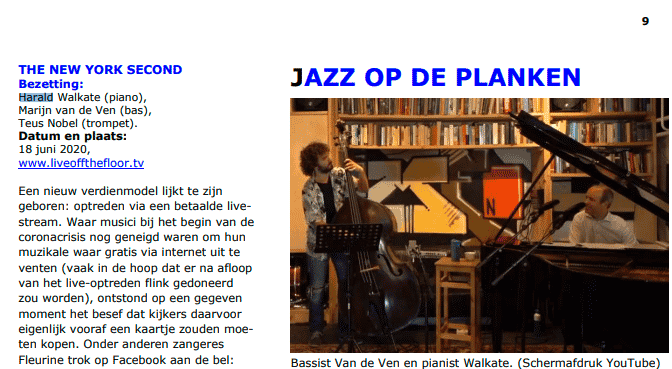 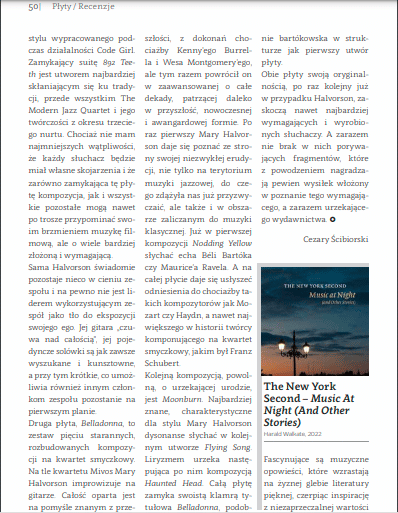 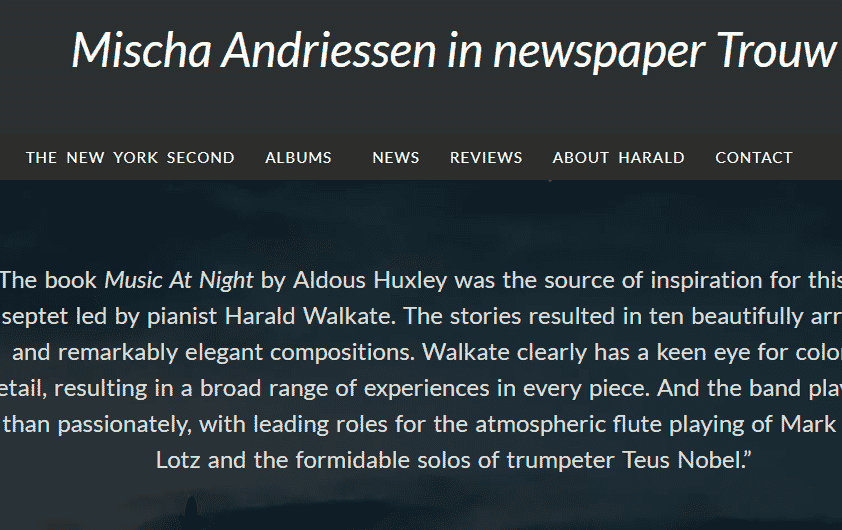 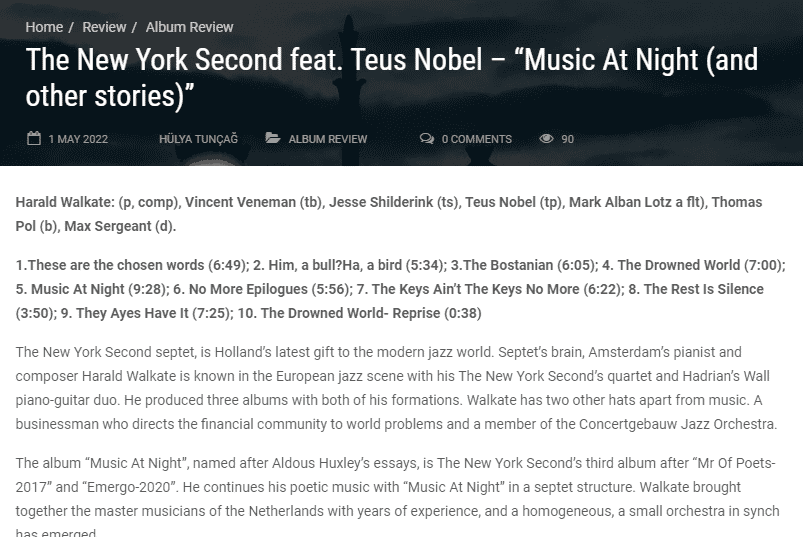 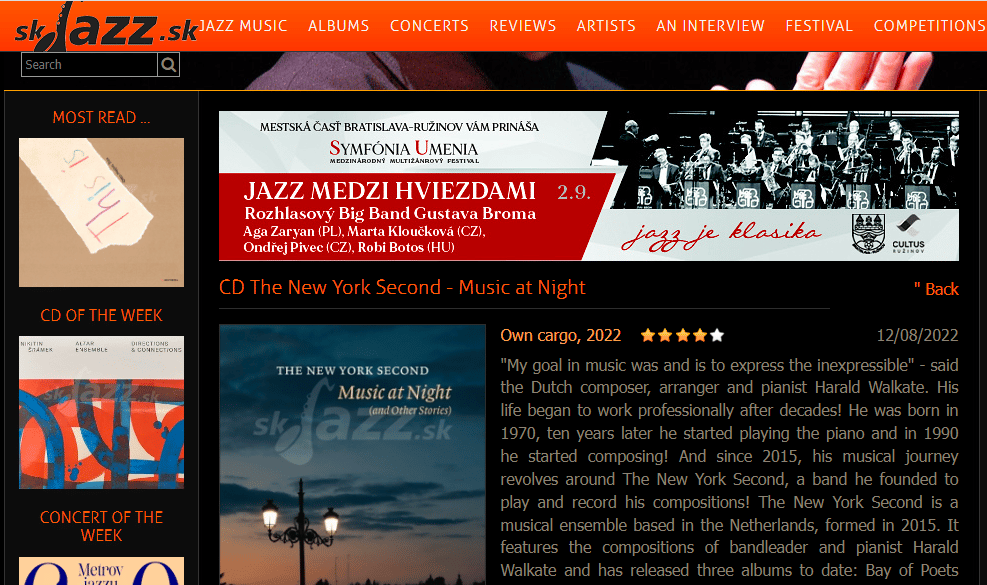