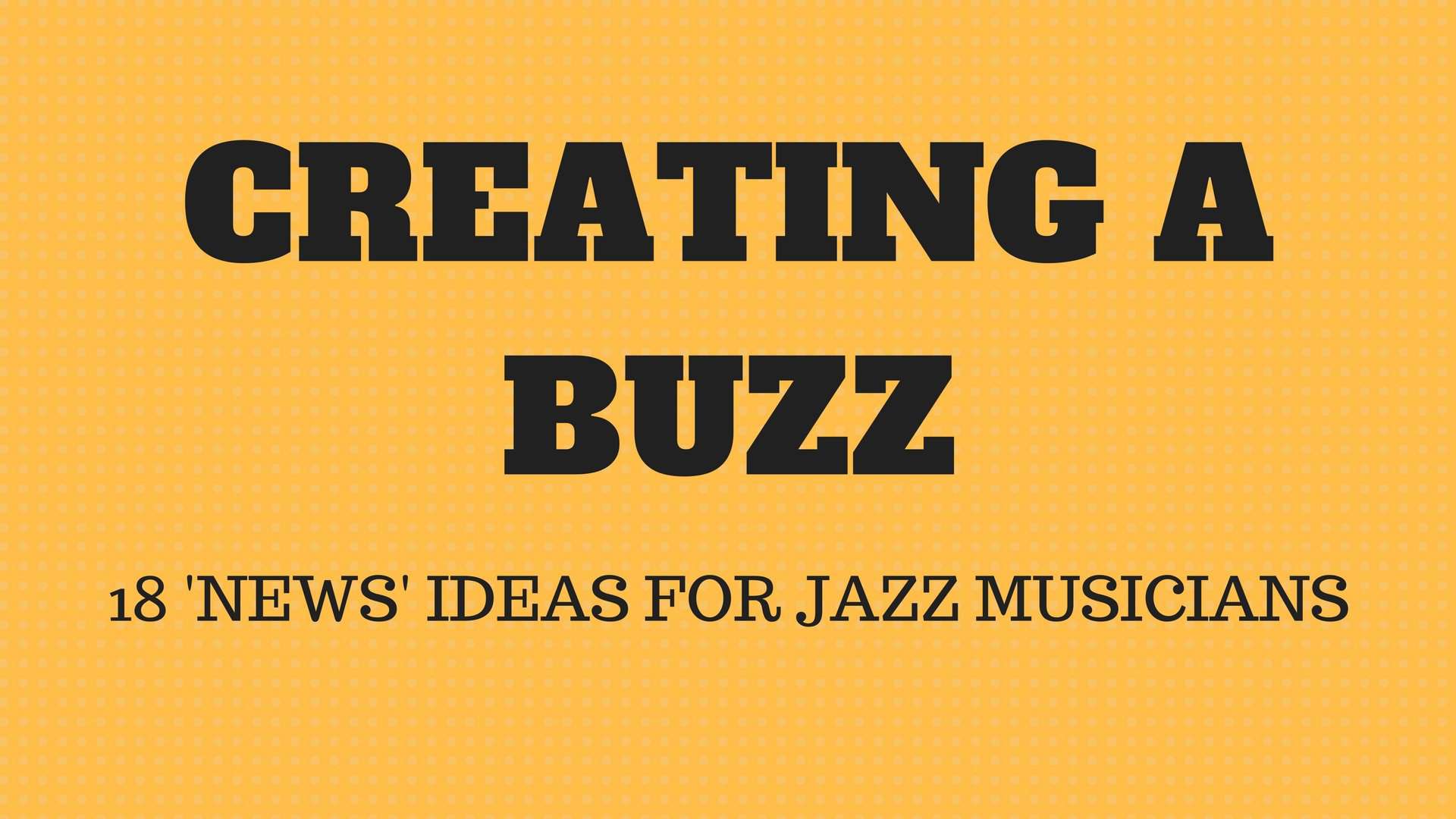 Creating and spreading ‘news’ can help you to get more gigs, build your reputation, connect with new jazz fans and to excite people to be involved in your career. Done consistently, it gives people a feeling of momentum and keeps you in their minds.

– A promoter needs to feel that things are happening and that there will be a buzz around your gig.

– The casual fan who hit ‘like’ on your Facebook page needs a gentle nudge to come back and listen to more music or see where you are playing next.

– A potential agent needs to feel that things are taking off and that momentum is building.

Essentially, whatever you are after, it’s important that people have the feeling that things are HAPPENING: you need to create news consistently. 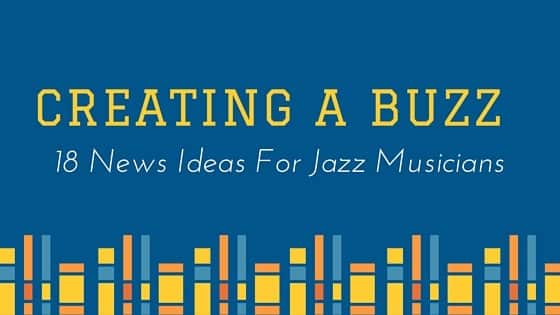 But, essentially, we are talking about anything that someone you want to reach finds interesting enough to ‘like’ or to share with someone else, either digitally or in real life. Something current that gives you the excuse to say “hey, give me and my music a couple of minutes’ attention!”

As an agent, it makes such a big difference when a musician has news to spread to promoters, journalists and labels. It’s another excuse to check-in with them and to keep the artist in mind for the next festival, magazine edition or album release.

Once you introduce a project to a promoter, there needs to be a reason – however small – to go back and contact them again. It’s amazing how often bookings aren’t made until the 3rd, 4th, 5th try, so going back with extra news after the first couple of contacts is super important.

Preparing To Be Newsworthy

If you are only communicating with promoters and jazz fans when you are releasing new music, there is going to be a lot of time in between for them to forget the project.

To build your profile, it’s important to keep the momentum going. Unless you are on tour or in the midst of an album promotion, that means sitting down and planning ‘news’ to share with people.

If there is not real, big, 100% organic news – which is often the case – you need to be creative. This doesn’t mean lying or exaggerating, it means planning ‘stories’ and pulling out information which will interest people.

It may sound contrived but, as long as you are producing stuff that is genuine and engaging, it is a necessary part of building your profile.

Standing Out From The [Jazz] Crowd

Promoters and record labels – like all of us – are bombarded by information 24/7.

In order to cut through the noise, you need to be adding something of interest – if only for a few seconds – to those people that matter. It creates some much-needed urgency:

Promoters need to book you for more gigs NOW

Locals need to buy tickets IMMEDIATELY before the show sells out

Jazz fans need to download the new track RIGHT AWAY

A magazine editor has to feature you THIS MONTH

You are giving people a reason to talk about you, to share your news and to remember your music, if only for a few seconds.

Traditionally, of course, news was spread by journalists via a press person. You could plan an event of some kind and then they’d pass it around.

Today, you can still spread news like this (especially for album releases), but it is costly and, in a lot of countries, the space in print press given to jazz is a lot smaller than it used to be.

However, social media and direct emailing let’s you reach a lot of people at little or no cost, with just the click of a button:

Here are 18 ideas of things most of you could put together right now. Some require a bit of planning but I would bet that if you have music out in the public domain already, you could put one of the first 5 into action right this minute… 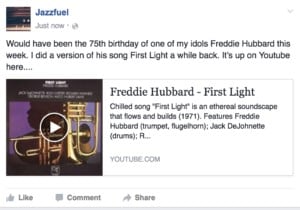 You are giving away a track as a free download to anyone who shares the link on their Facebook page.

You made a themed Spotify playlist of your biggest inspirations and embedded it onto your Facebook page. 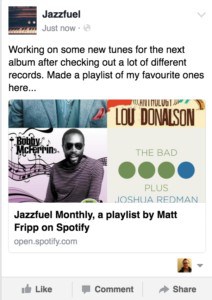 Throwback Thursday, the ultimate digital excuse to post photos of the best news from months or years gone by.

You have just confirmed a show [link to venue/festival]

“Super excited to be part of the Cully Jazz Festival this summer. Full line up available here“

You just released a new live-and-acoustic video on Youtube.

You did a great gig and it was sold out

“Awesome time at The Vortex last night – hope you had as much fun as us!” [Photo]

You were featured in a magazine/newspaper 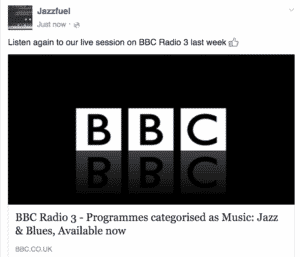 You will do a gig in an unusual location/venue 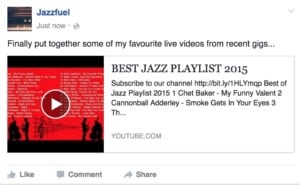 Your album was nominated for an award

“The last album has just been nominated for a Parliamentary Jazz Award!! If you wanna help help us out, you can vote here: [link]. If you haven’t already, you can check out the music here: [link]”

You won an award [link to news article]