I Play With You

With a reputation for being among the greatest Jazz Manouche guitarists in the world, Wawau Adler lives and breathes the gypsy jazz tradition.

In arguably his most personal recorded statement yet, Adler uses his original compositions and playing style to give his beloved art form a modern twist. ‘I Play With You’ is set to release on June 11th on GLM records.

With influences ranging from bebop, contemporary jazz, fusion, and latin music, Adler’s style, voice, and commitment to modernity shine through.

While Adler’s Selmer No. 828 nylon guitar from the 1940’s has been his instrument of choice to date, this record sees him follow in the footsteps of his childhood idol Bireli Lagrene and pick up a Gibson electric guitar on choice pieces.

Having recorded a slew of albums with an emphasis on standard repertoire and celebrating the undeniable king of gypsy jazz Django Reinhardt, ‘I Play With You’ is the first to give Adler’s own compositions the limelight… alongside a couple of classics, of course!

From ‘Martique’ which invokes sounds and feelings from the Caribbean, ‘Jazzy Populaire’ which sees Adler venture into George Benson-esque territory, to the title track which presents an exciting mix of the Great American Songbook and romantic classical music, this is truly a gypsy jazz album for the 21st Century.

Perhaps the most traditional aspect of the record is the instrumentation, sticking to the drum-less, three guitar, double bass and violin format used by the genre’s most significant ensemble, Django Reinhardt’s Quintette Du Hot Club De France.

Adler is supported by an ensemble of highly respected Jazz Manouche musicians, each with an impressive curriculum vitae of performances and tours under their belts. 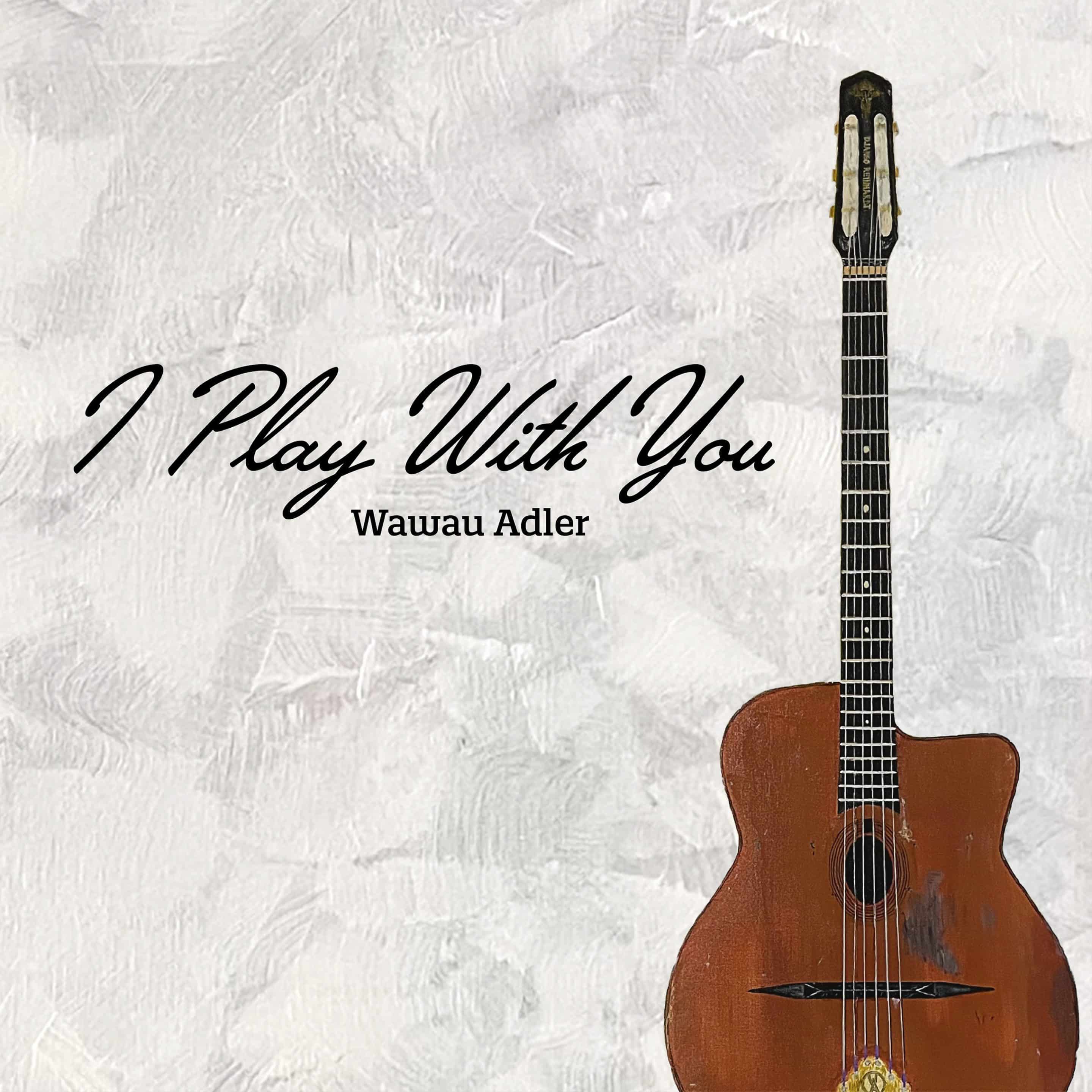 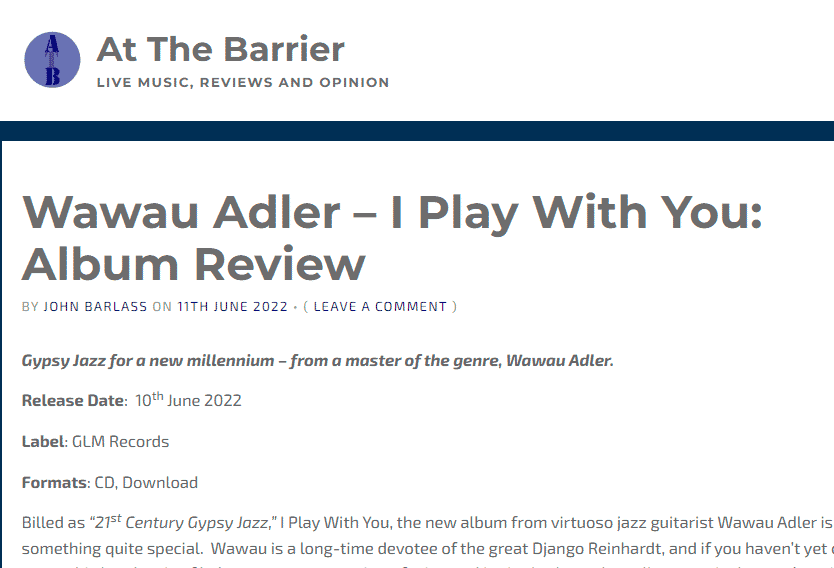 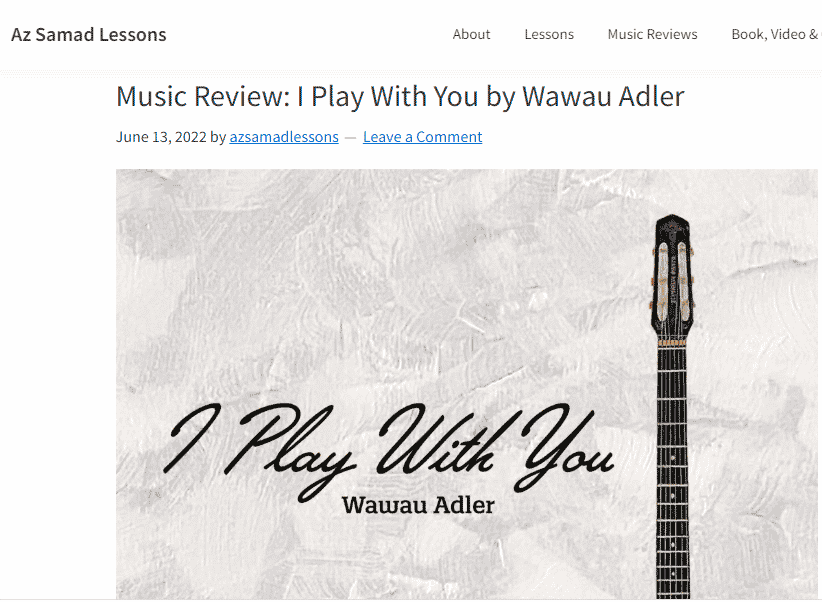 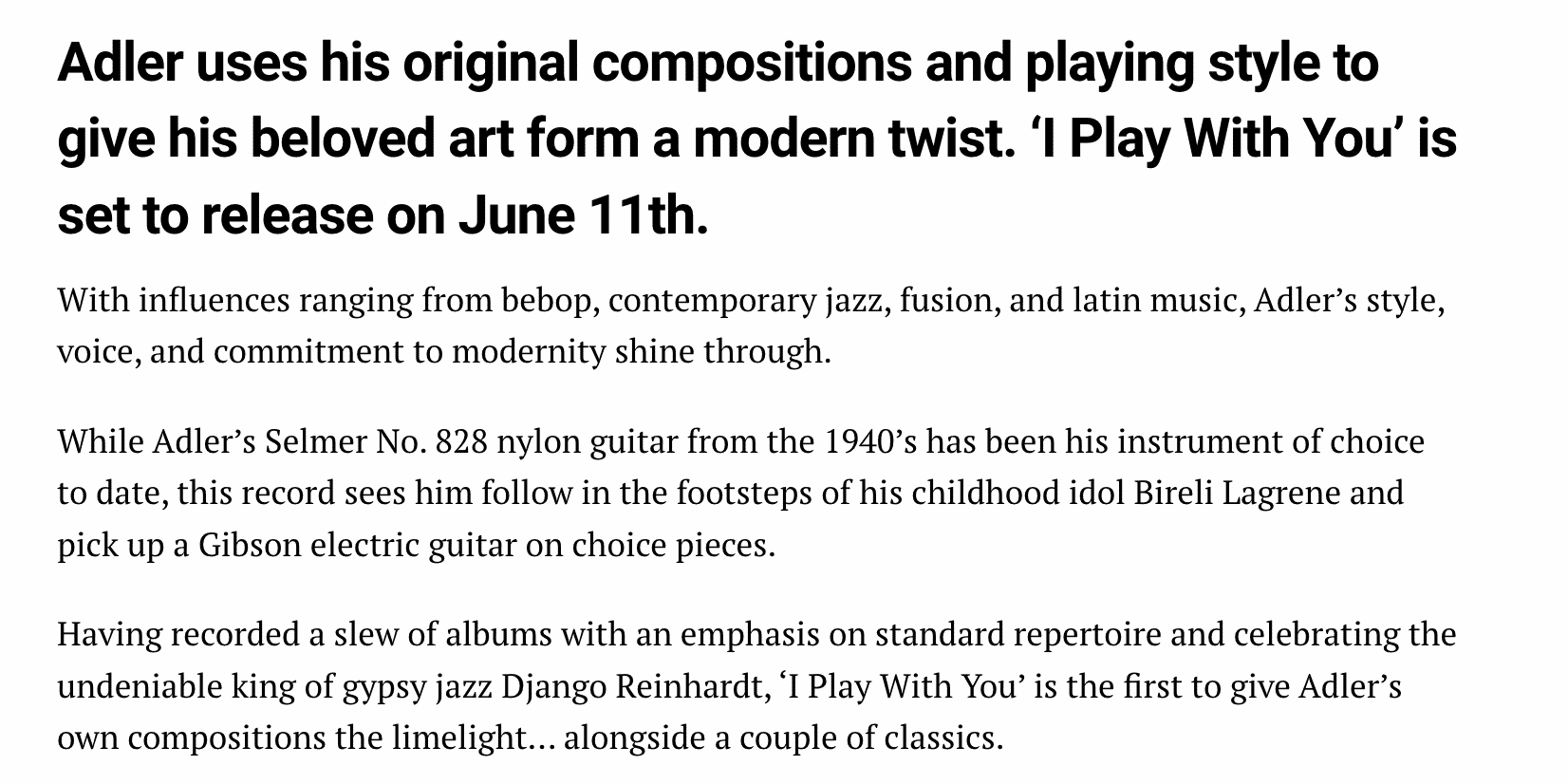