Raised on his father’s record collection, the Finnish pianist spent his early years gravitating to the electric keyboard in his family’s living room, dancing to the playful drum beats emanating from the machine.

Upon discovering the music of Chick Corea and pianist/composer Heikki Sarvanto at age 13, he was inspired to pursue a life in music. Since then, he has gone on to achieve a promising start to his career, studying at conservatoires in Helsinki as well as Amsterdam, composing music for films and performing at Jazz festivals all over Europe.

Grounded by thoughtful composition within the idiom of Scandinavian jazz, ‘Here/There’ takes the listener on adventurous, energetic, improvisatory journeys through every tune, rising to cacophonous passages of freeness and chaos and bringing it back again to places of warmth and familiarity.

With a diverse array of influences from Brad Meldau to Ravel to pop music, Kokkonen impressively juxtaposes emotive, blues/gospel-tinged pop harmony with tense atonality to craft a sound that is equally calming and exciting. 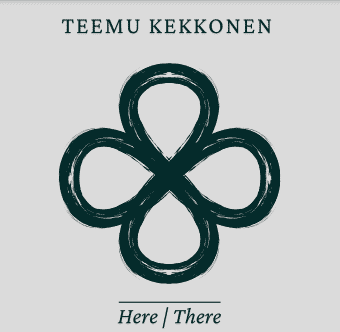