“Steckler has tremendous concepts, sensational technique and a personal energy that can bathe you in light…” – Nippertown

With recording studios & venues closing down at record pace, many jazz musicians spent the last 12 months looking back on times when collaborating live was a regular occurrence.

The end of his time there was marked by a recording session at the legendary (and now defunct) Avatar Studio and the result – Night Cravings – is finally released in tribute.

Musically, the musicians challenge the traditional conventions of a jazz quintet, whilst retaining the spirit of past trailblazing groups led by the likes of Ornette Coleman, Wayne Shorter, Keith Jarrett & Sonny Sharrock.

Steckler, an in-demand composer (with a Ph.D. in Composition from New York University and studies with Anthony Braxton, George Russell and Jim McNeely), says the album showcases the subtle interplays and details in both his writing and the ensemble itself.

He has an eight-album discography including releases on Ropeadope, Innova and Cuneiform Records, but describes Night Cravings as his most sublimely documented work on record. As a leader Matty Stecks has released albums with projects Dead Cat Bounce (Innova, Cuneiform) and Musical Tramps (Ropeadope) – all to critical acclaim – and spent time in the Northeast USA and Canada (where he recently served as professor in jazz studies at Brandon University).

With an original, research-based mindset in embodied composition, Steckler brings his dynamic, holistic approach to each musical experience.

On Persiflage (the 1st album) release:

“Steckler’s passionate delivery and splendidly warped sensibility make this… one of the best small group jazz discs of the past year.” – Nate Dorward, Exclaim! 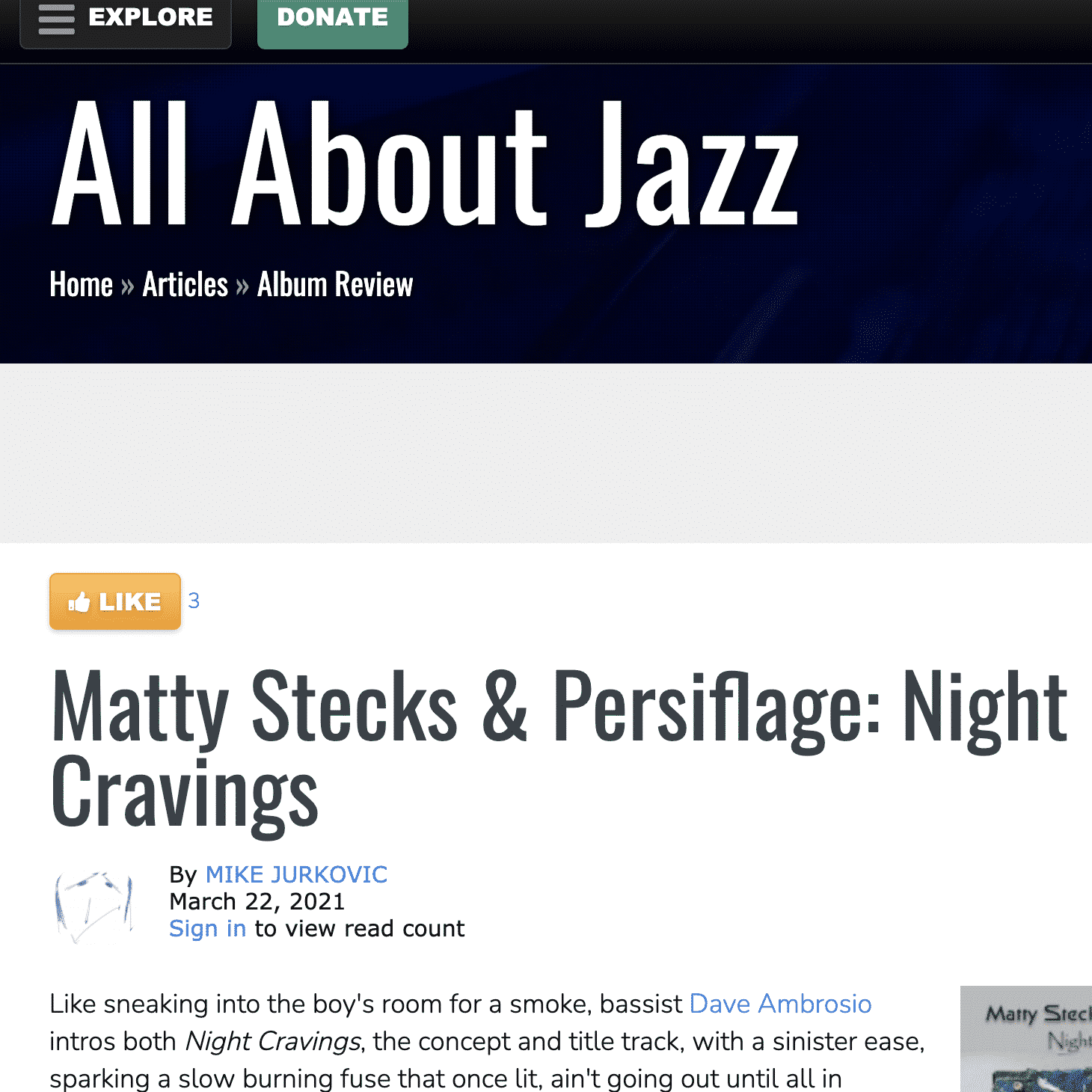