Raised in Perth (Scotland) Kay’s primary inspiration lies in the sounds being produced around them by their peers and heroes. Made up entirely of original compositions, many of which were composed during their stay in New York, ‘Golden Sands’ brings together the lush harmony and contemporary grooves of British Jazz with the attitude, grit and tradition of the American sound.

“I wrote ‘Tuesday Club’ for my friends John and Amy – we would go to the Village Vanguard every Tuesday and hang out with the musicians after the gig… It was so special being in that venue, where so many great musicians have performed before, and where innovations are still being made in the music now.” – Helena Kay

From the first track, Amor y Amargo, Kay demonstrates their love for the melodic, song-based tradition of jazz’s roots with a composition that could be mistaken for a standard if it weren’t for moments of undeniably modern harmony. Xian Impressions then surprises the listener with an energetic, drum’n’bass inspired groove and an aggressive, angular melody.

In this way, Kay and their trio steer their audience through their cultural influences with musical nods to the past, present and future. Feeling that their recent writing employed denser harmony and required the support of a  chordal instrument, Kay extended the otherwise chord-less KIM trio with friend and previous collaborator, pianist Peter Johnstone.

The resulting ensemble, composed of some of London’s most in-demand musicians, weave through changes in feel, energy, dynamic and texture with ease and fluidity. 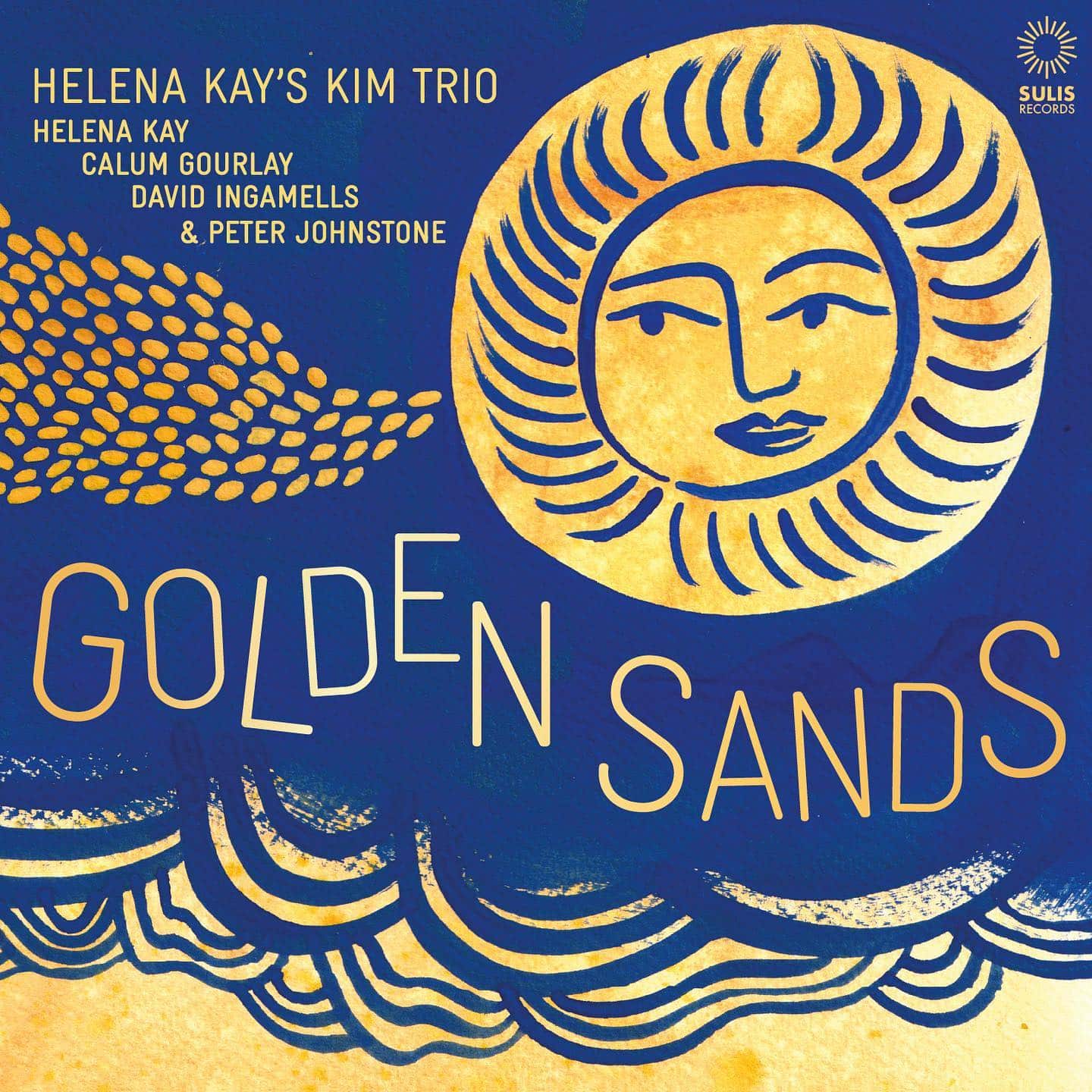 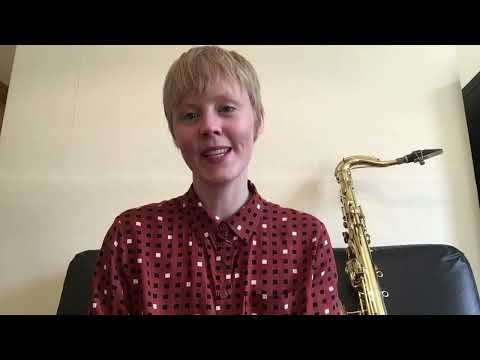 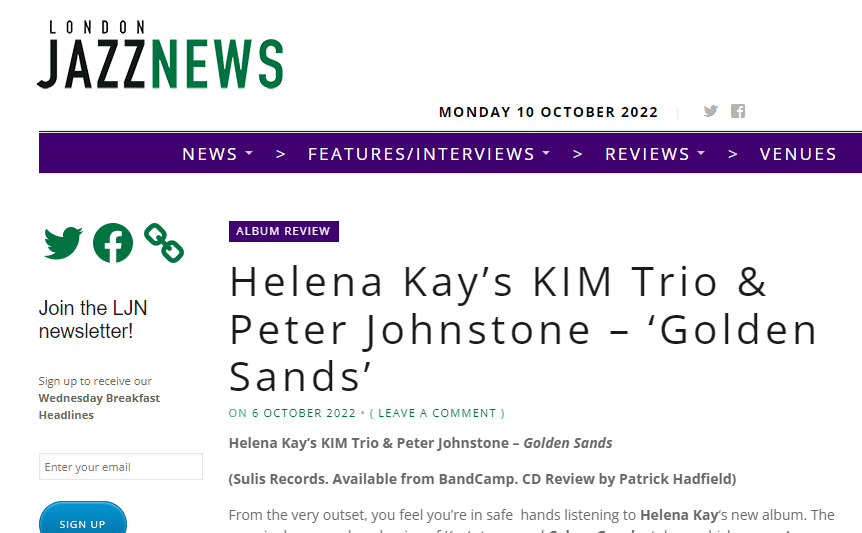 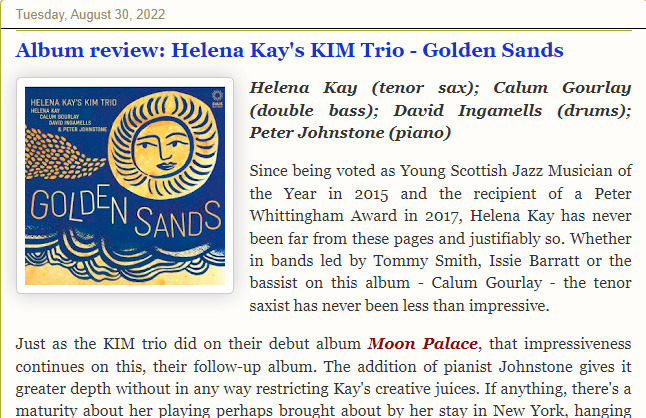 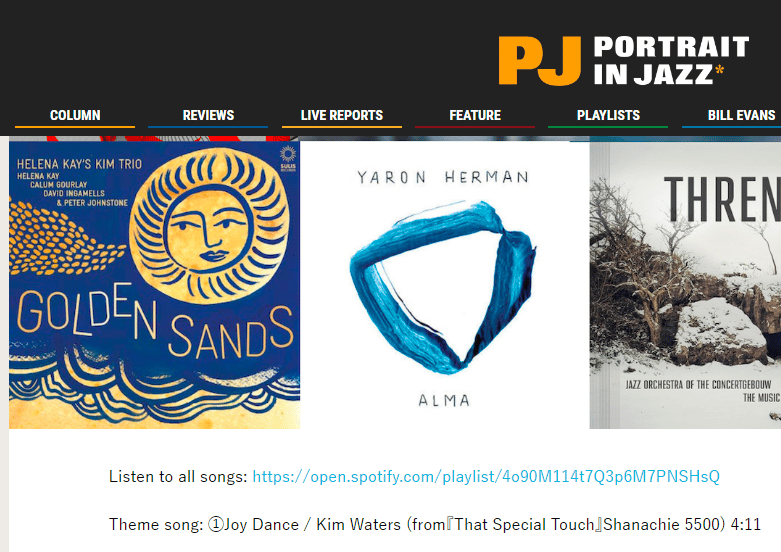 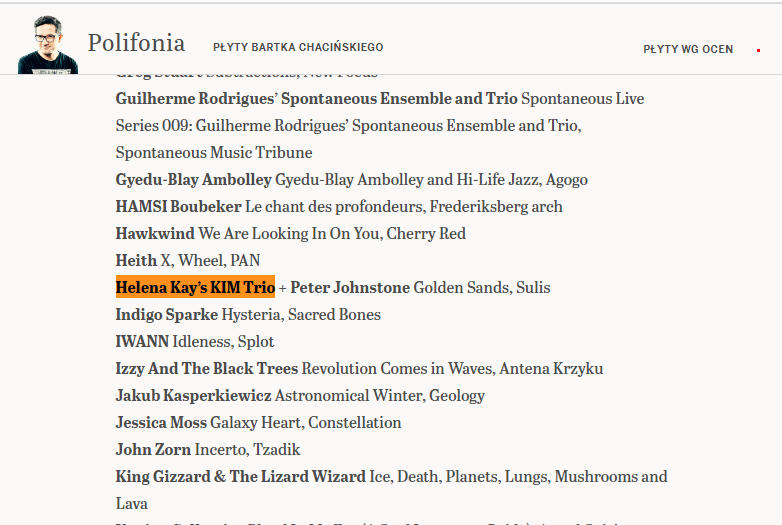 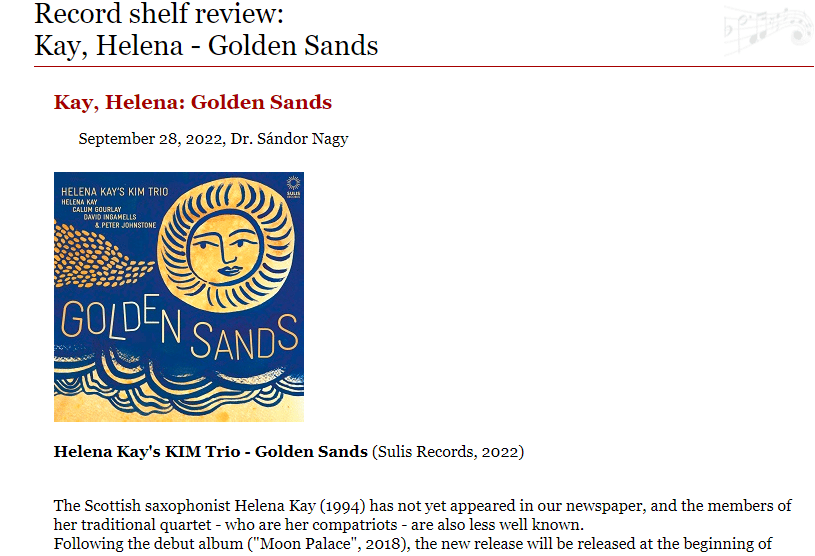 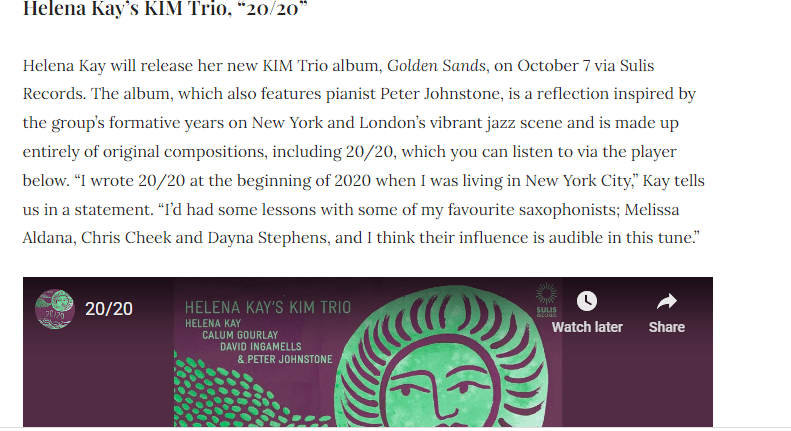 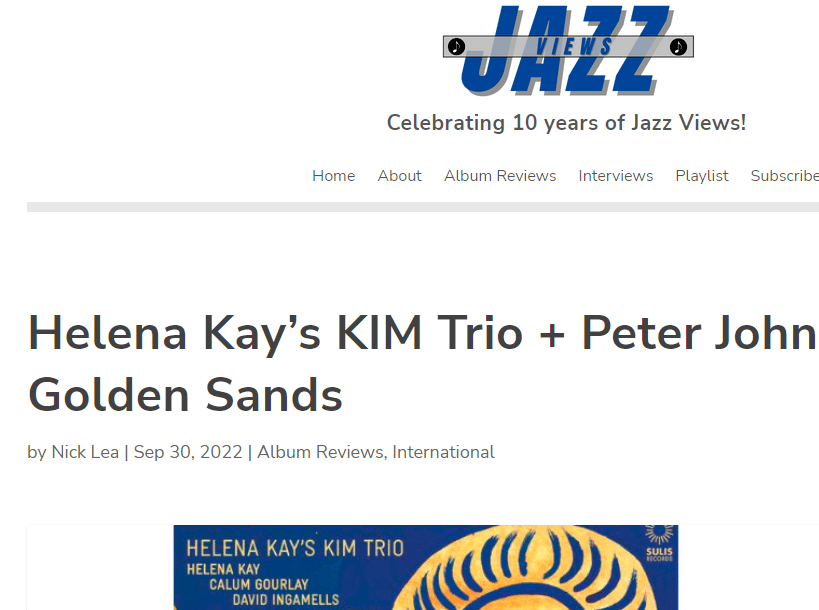