Wayne Shorter’s output is regarded by jazz musicians around the world as some of the most significant music in the genre’s history, and Thomas Hass and Thomas Blachman are no exception.

With their new album ‘The Shortlist’ (May 27th) the two stalwarts of Danish jazz lead an ensemble through a spontaneous journey into some of the legendary saxophonist’s 60s-era compositions that shaped them.

The two Thomas’s first crossed paths in the late 80s before largely following their own careers. Now, three decades later, they join forces to capture the raw, spontaneous and fresh spirit of Wayne Shorter.

Acclaimed composers themselves, the project challenged the musicians to cast aside their writing skills and dive into the sounds of their formative years from albums such as Adam’s Apple, Water Babies, Speak No Evil and Nefertiti.

The level of comfort and ease with which the quartet navigates Shorter’s iconic catalog might lead one to assume hours were invested into pre-recording rehearsals, but this couldn’t be further from the truth.

The concept for this work was to keep the material fresh. Squeezed into one room with bassist Thomas Fonnesbæk and pianist Artus Tuznik they simply delved into the songs, recording over 3 and a half hours of spontaneous first collective impressions of their favorite compositions. The best takes are what went on to become ‘The Shortlist’.

The record’s raw and intimate sound places the listener right in the center of their session, where the musician’s deep and profound awareness of one another is almost palpable.

In Blachman and Hass’ own words, “We have put our heart and soul into this and feel that with these versions we have embraced Wayne Shorter’s compositions with a Nordic dark atmosphere and beautiful melancholy that is only found here in these parts of the world.” 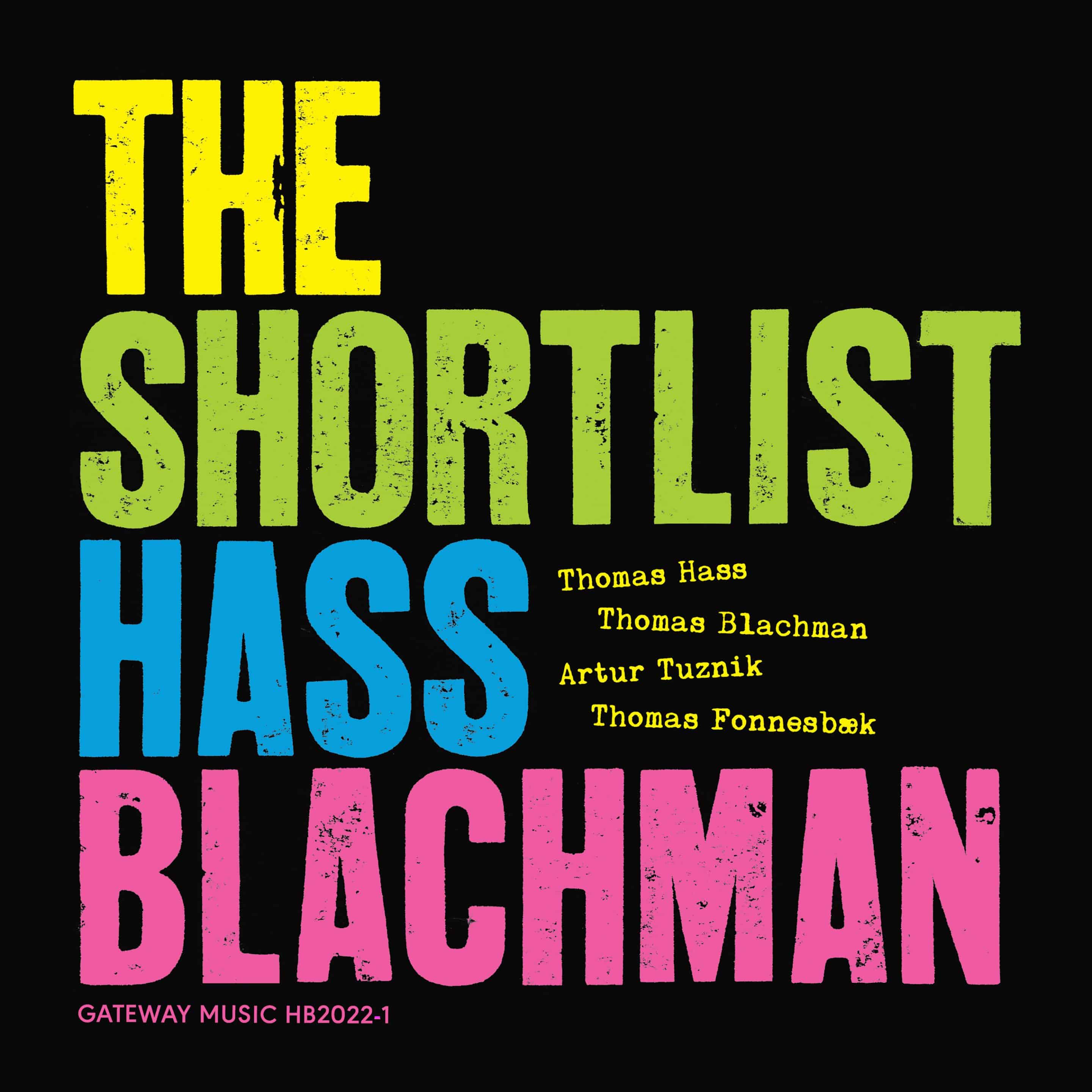 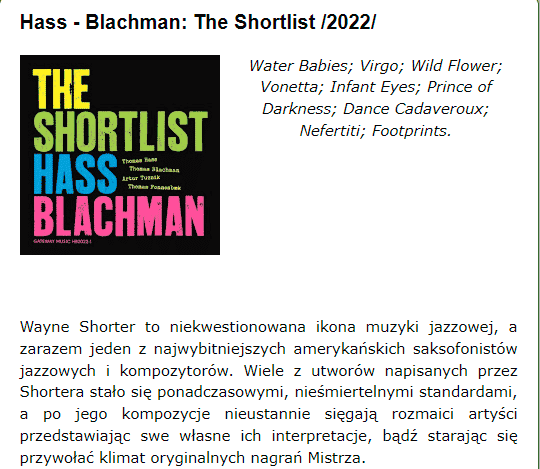 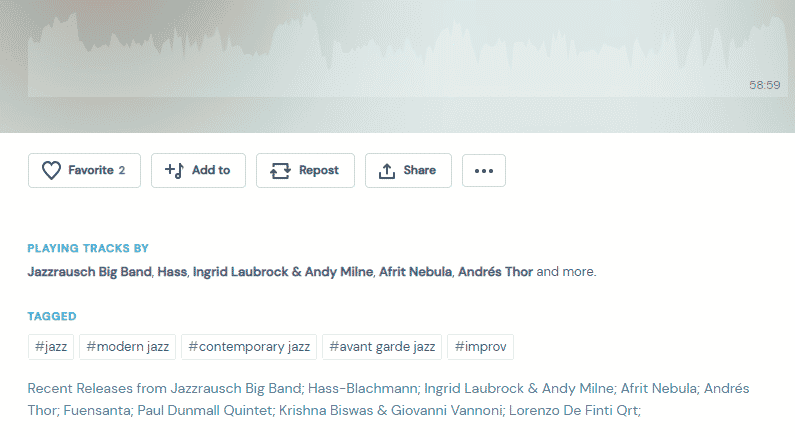 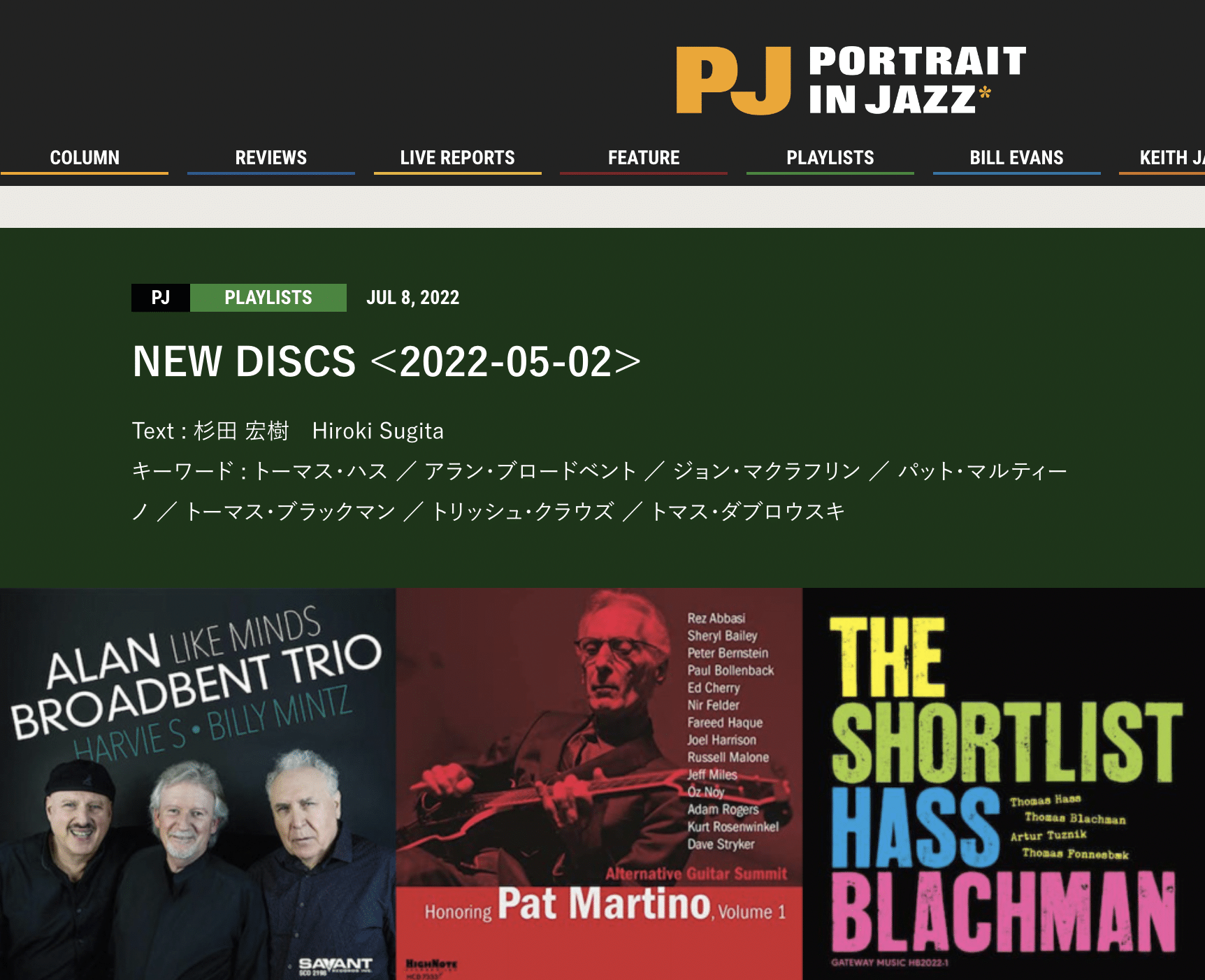 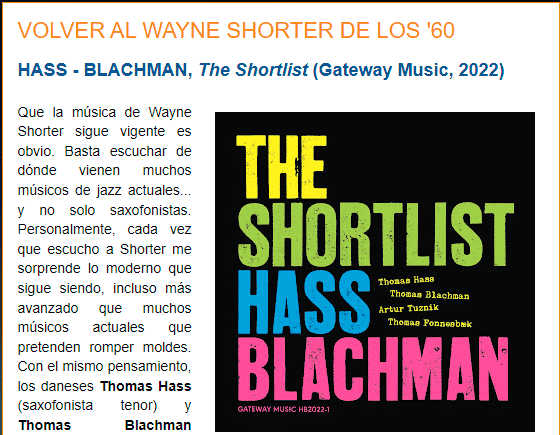 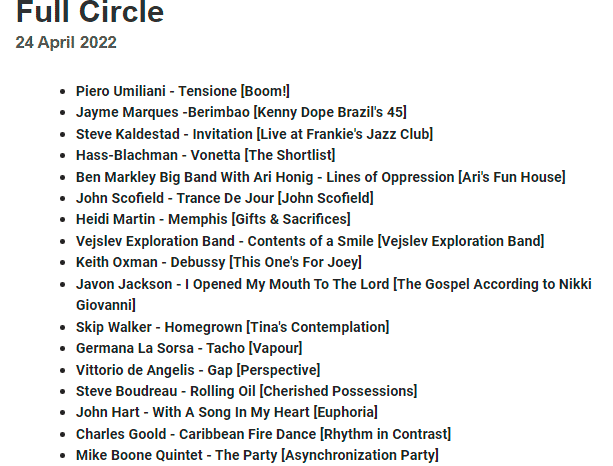 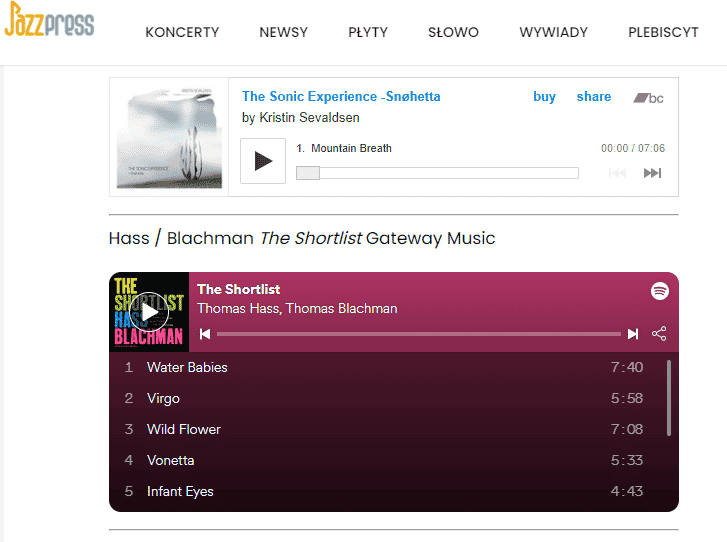 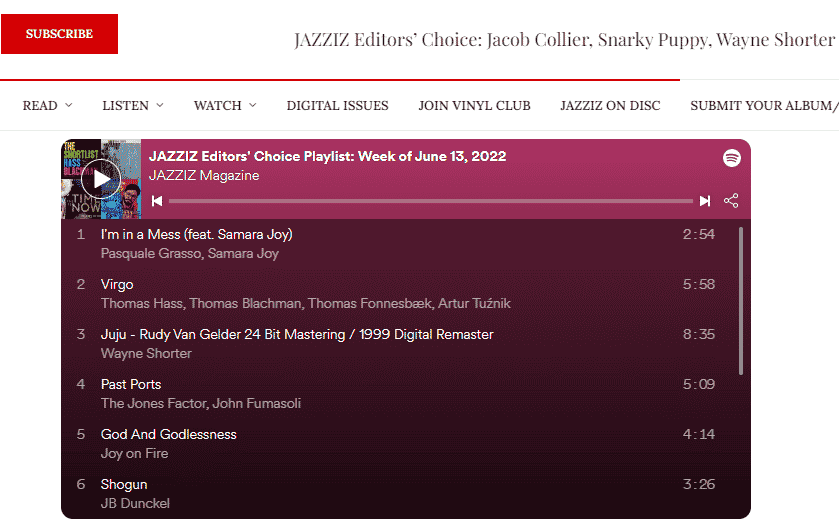