BTTRFLY Quintet hails the coming-together of a number of high-profile touring funk, jazz, soul and electronic musicians and producers from Denver, Colorado.

Featuring warm, raw production and a rich world of affected instrumental timbres, the record’s sound sits between being reminiscent of classic funk/soul records of the 1970’s as well as undeniably, excitingly modern.

With playful, subtle musicianship in the spotlight, the record perfectly captures the feel and energy of witnessing an air-tight rhythm section in a live setting. Melodic horn lines, rich harmony, experienced funk songwriting and immersive improvisations take the listener on a dynamic and well-crafted journey, shepherded along by a wealth of satisfying, danceable grooves.

While this may be the first time the world has heard from BTTRFLY Quintet, many will be familiar with the output of its five prolific members. 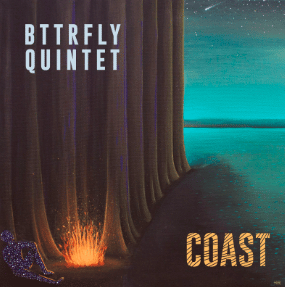