Arbenz’s choices for Conversation #5 were selected for their unmistakably unique voices on their respective instruments. Arbenz himself says, “it doesn’t happen so often that I immediately get captured by a musician by just hearing him/her on a record. And I think this is a big link for me to Tineke, Joāo and Rafael.”

An improvised exploration of the realm between jazz and classical chamber music, the ensemble’s sophisticated and open-minded sound is equally comfortable in either world. Strikingly vast in texture and feeling, the ensemble shifts rapidly between tight, syncopated grooves, flurries of virtuosic saxophone playing, passages melancholic openness, and powerfully dense accordion harmonies.

With a slew of awards and world-class collaborations under their belts, the ensemble’s collective international reputation cannot be understated.

From Postma’s appearances on two Grammy winning albums and Downbeat Magazine’s Rising Star for soprano saxophone award, Barradas winning the World Accordion Trophy (twice!), Jerjen’s National Emerging Jazz Composers Prize and Arbenz’s European Award for Culture, each member of the quartet is a powerhouse in their own right. 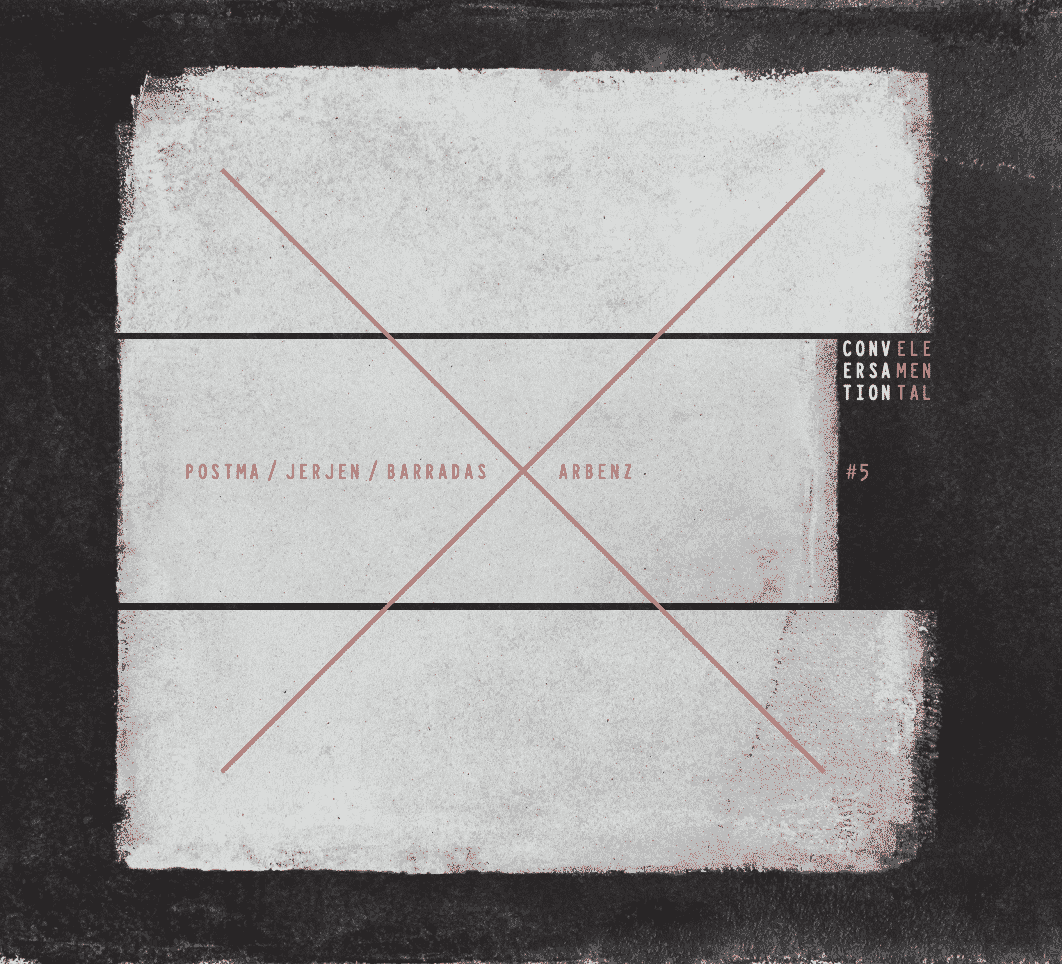 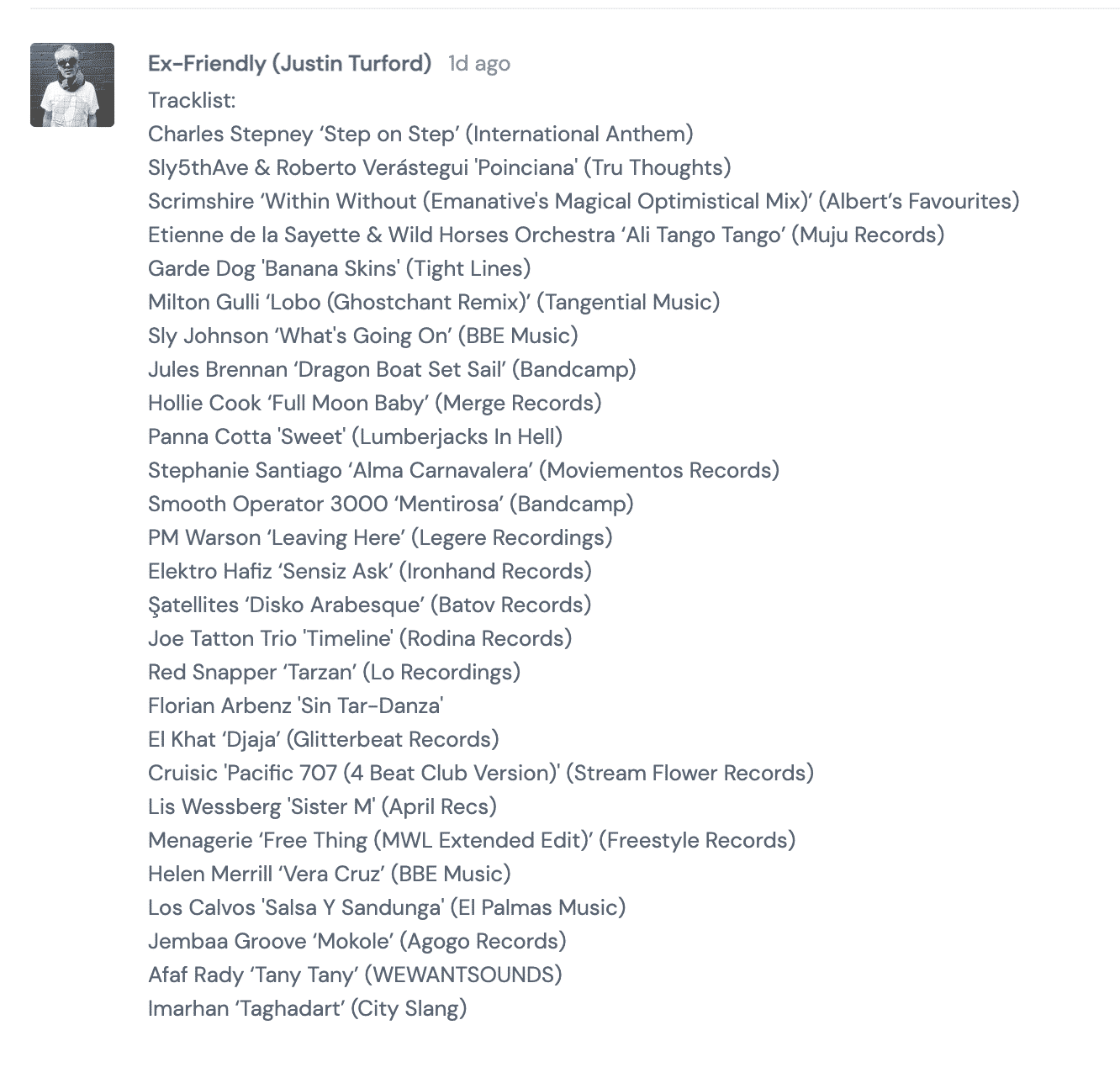 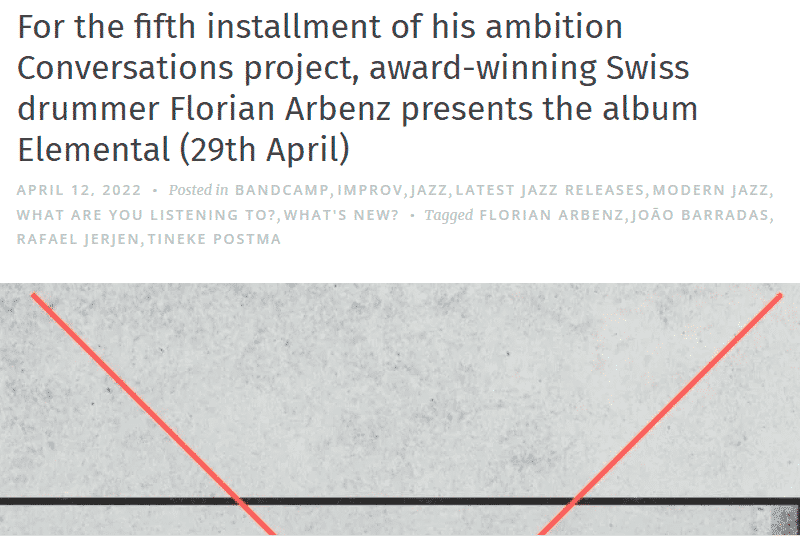 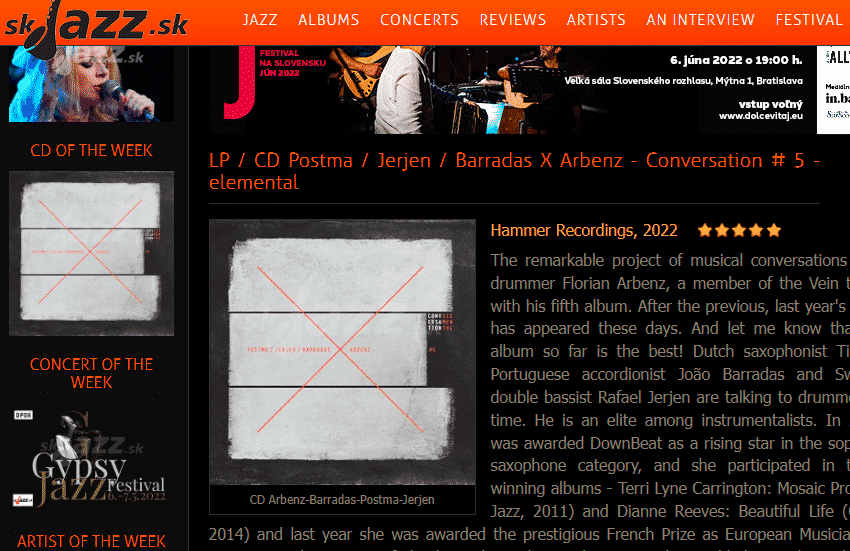 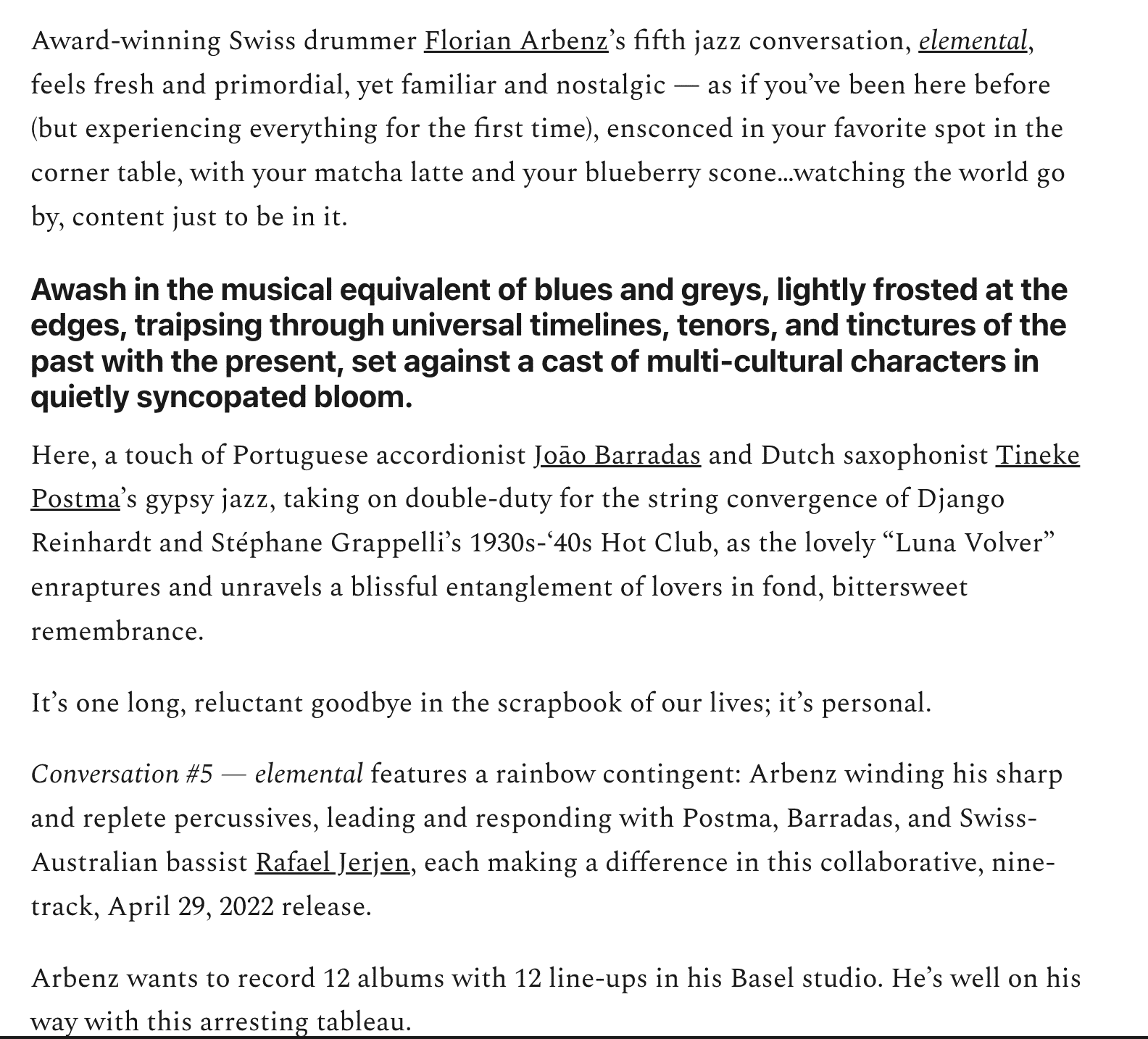 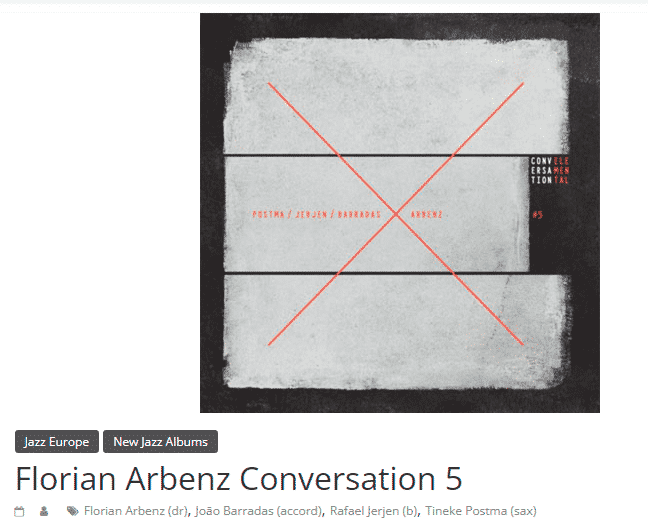