Brewed on the Danish island of Funen and then left to age for several years, the self-titled debut Andorra (Nov 12th) is a modern day vintage, fusing intricate jazz with deep grooves, cinematic effects and an exuberant attitude.

It’s often said that the biggest gift of music school education is not the inspirational teachers or the world-class facilities, but the meeting of your future lifelong colleagues.

This is perhaps particularly evident in the debut release by Danish Indie-Jazz group Andorra.

The five musicians met and developed as students at the Funen Music Conservatory in Odense, before setting off in different directions.

Award-winning trumpeter Mads La Cour has forged a sound with his own groups, as has Simon Krebs on guitar.  Pianist Peter Kohlmetz Møller has played a key role in genre-twisting collective The Eclectic Moniker, whilst Nikolaj Bundvig on drums and Morten Jørgensen on bass have established themselves as in-demand members of groups including Blue Foundation and Søren Huss respectively.

But despite these five high-flying careers, their long-time goal has been to reconnect around their early musical passions together. The ‘pause’ that corona gifted many musical careers finally turned this into a reality: on November 12th, they present the fruits of their efforts as Andorra.

This is not the dark brooding music often associated with the Nordic countries. It’s a modern fusion of jazz, bringing banging beats, catchy melodies and good vibes to the music scene!

“On first listen it was as if the clouds parted and Andorra’s music came streaming out…a special sound…a special beauty… and this feeling was confirmed the more I listened.” – Palle Mikkelborg (legendary Danish trumpeter & producer) 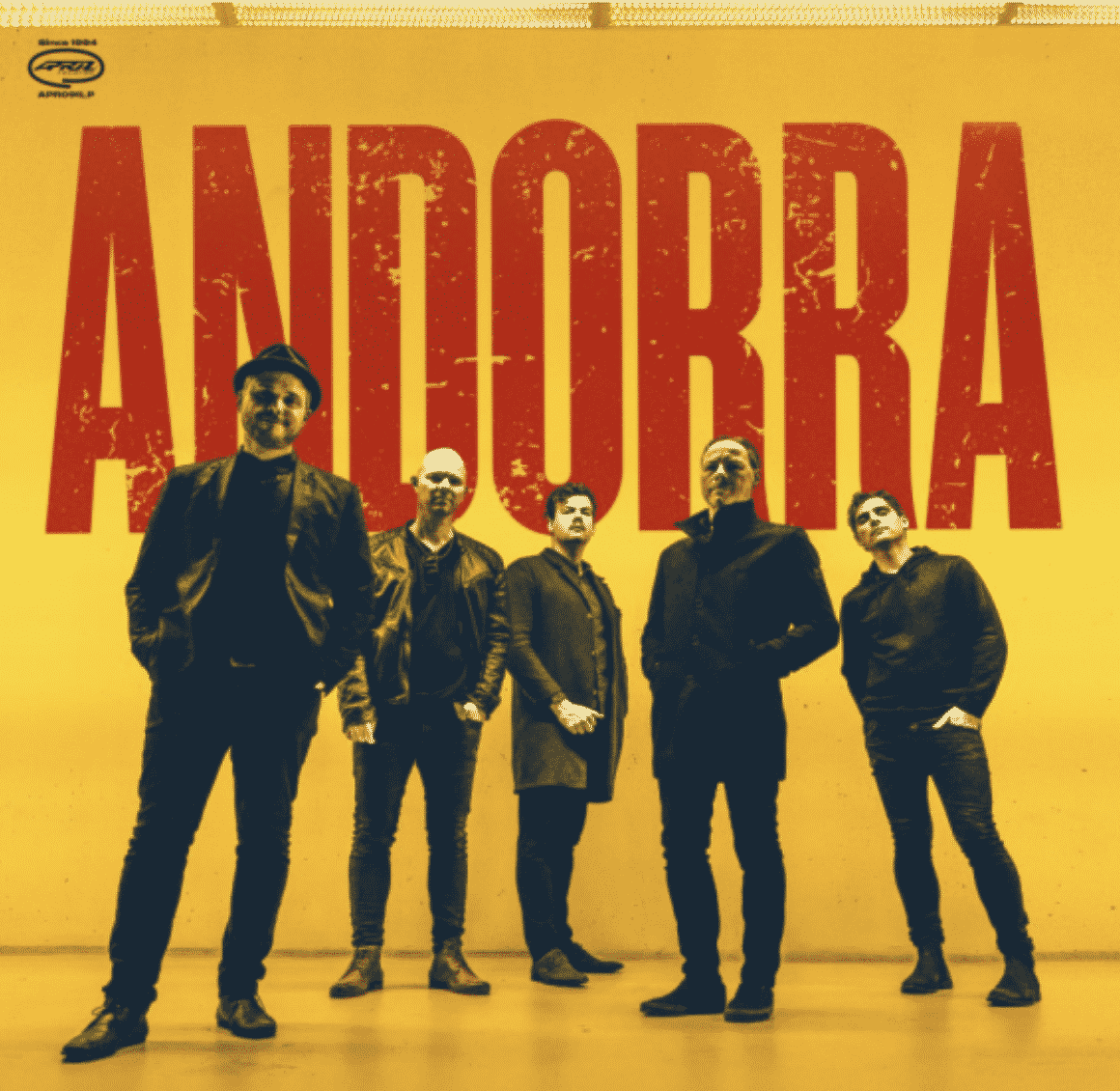 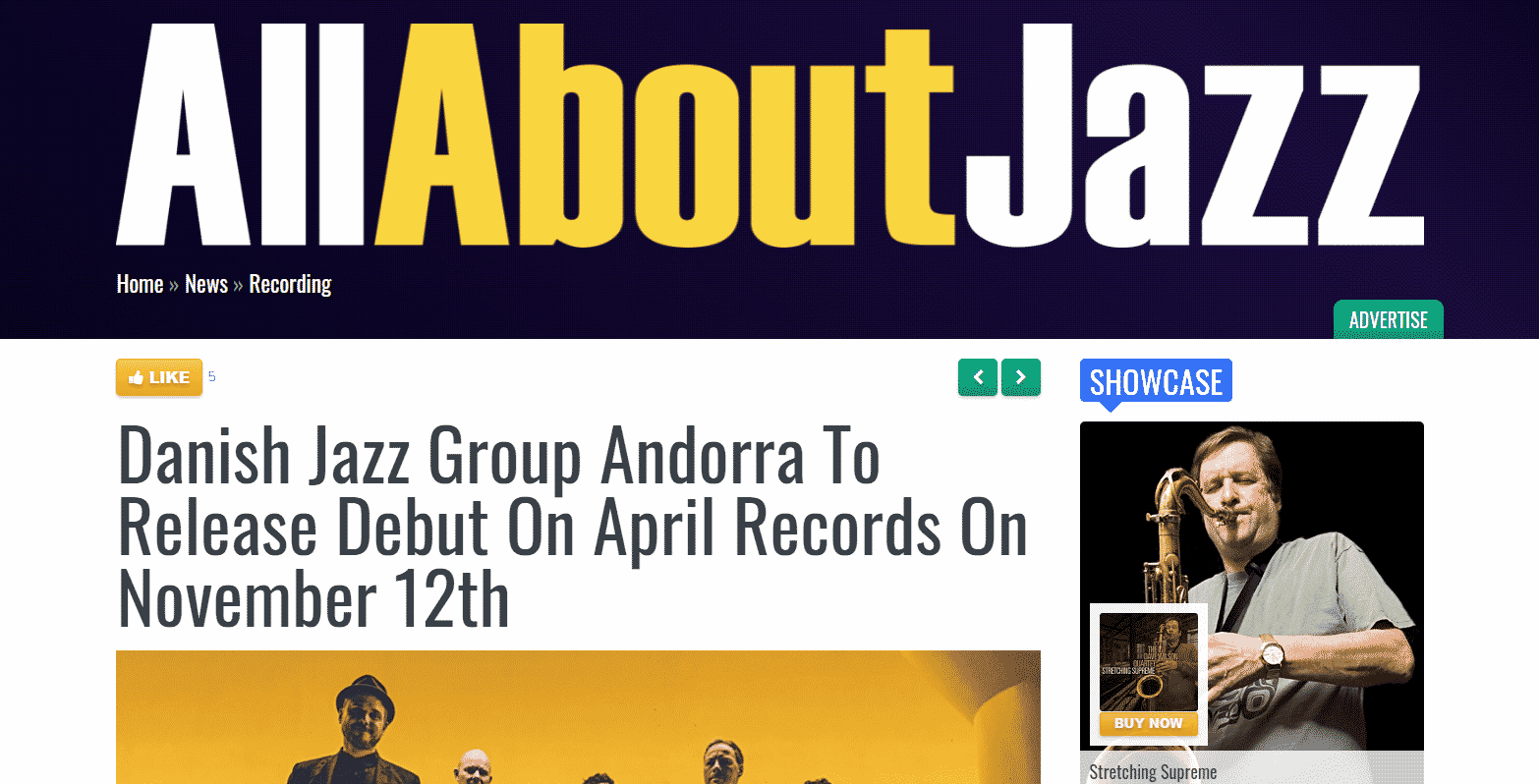 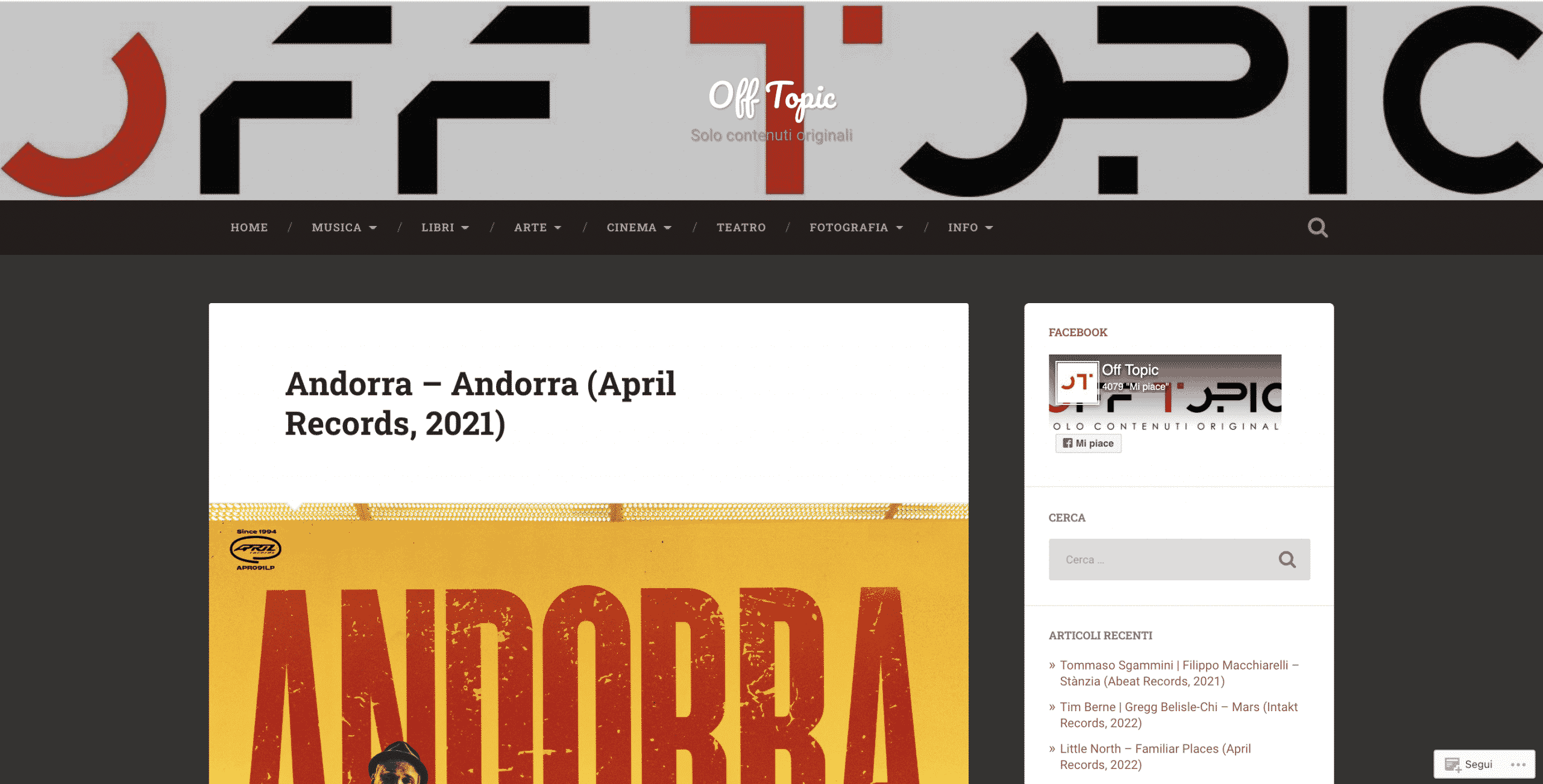 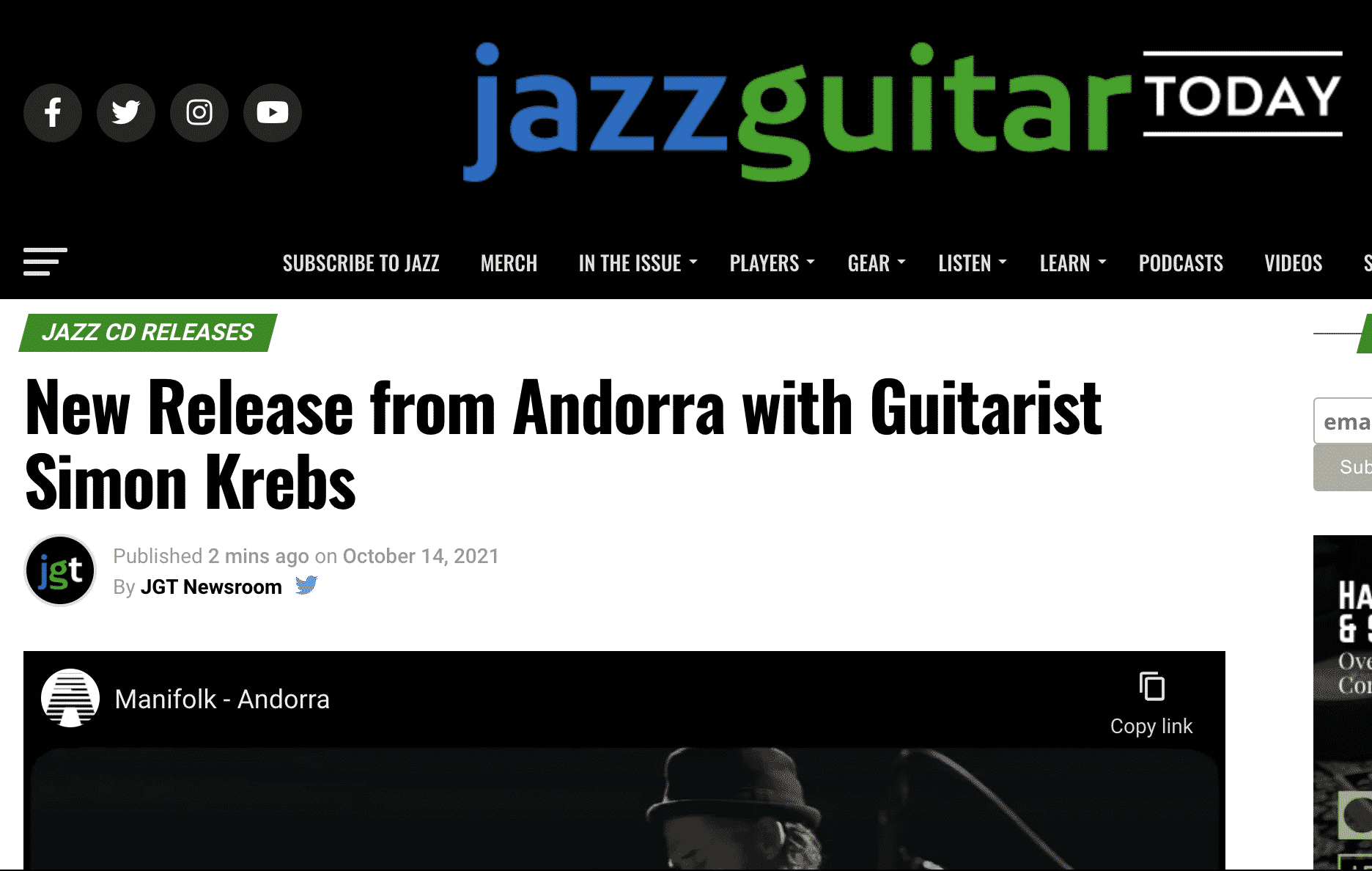 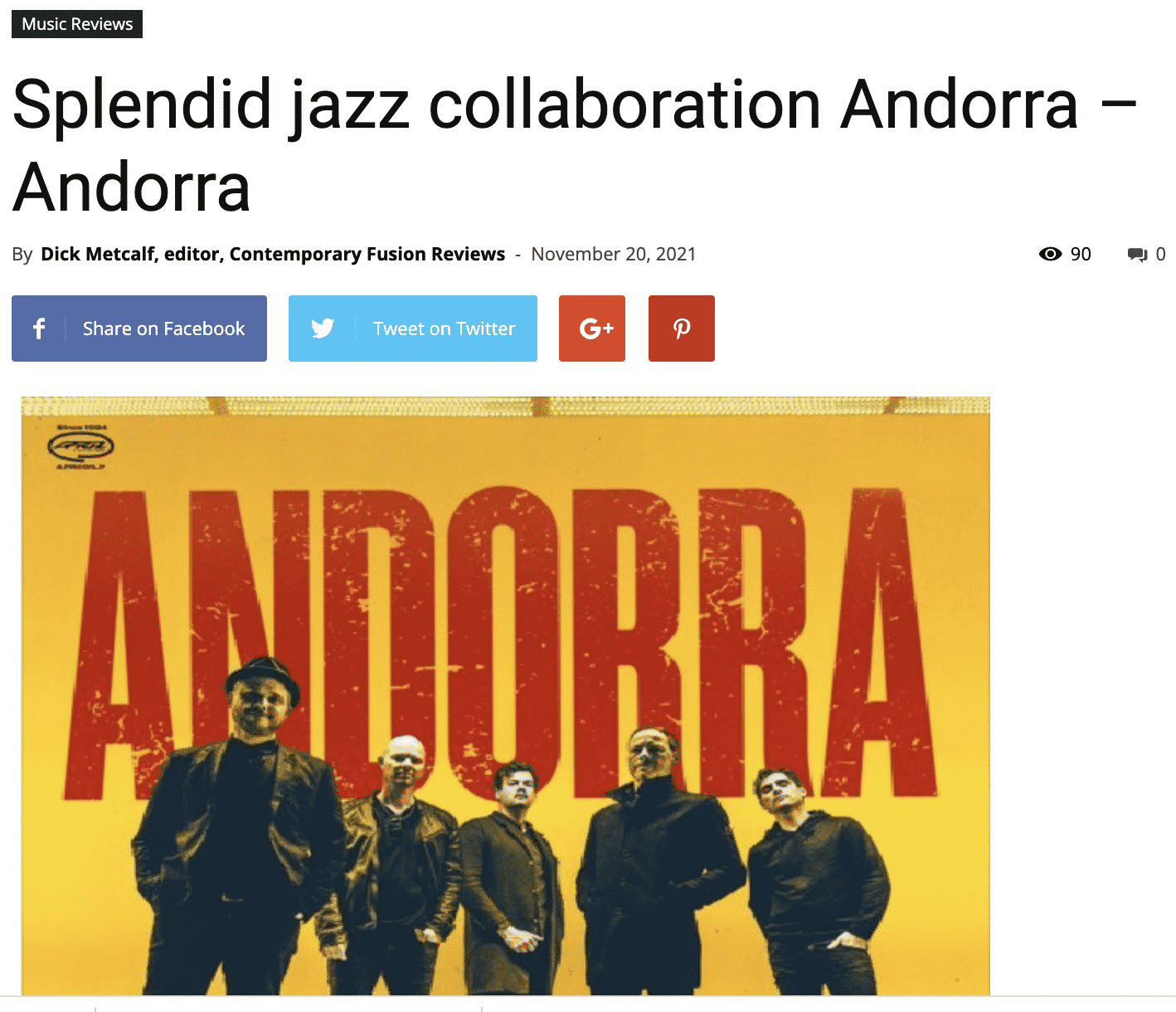 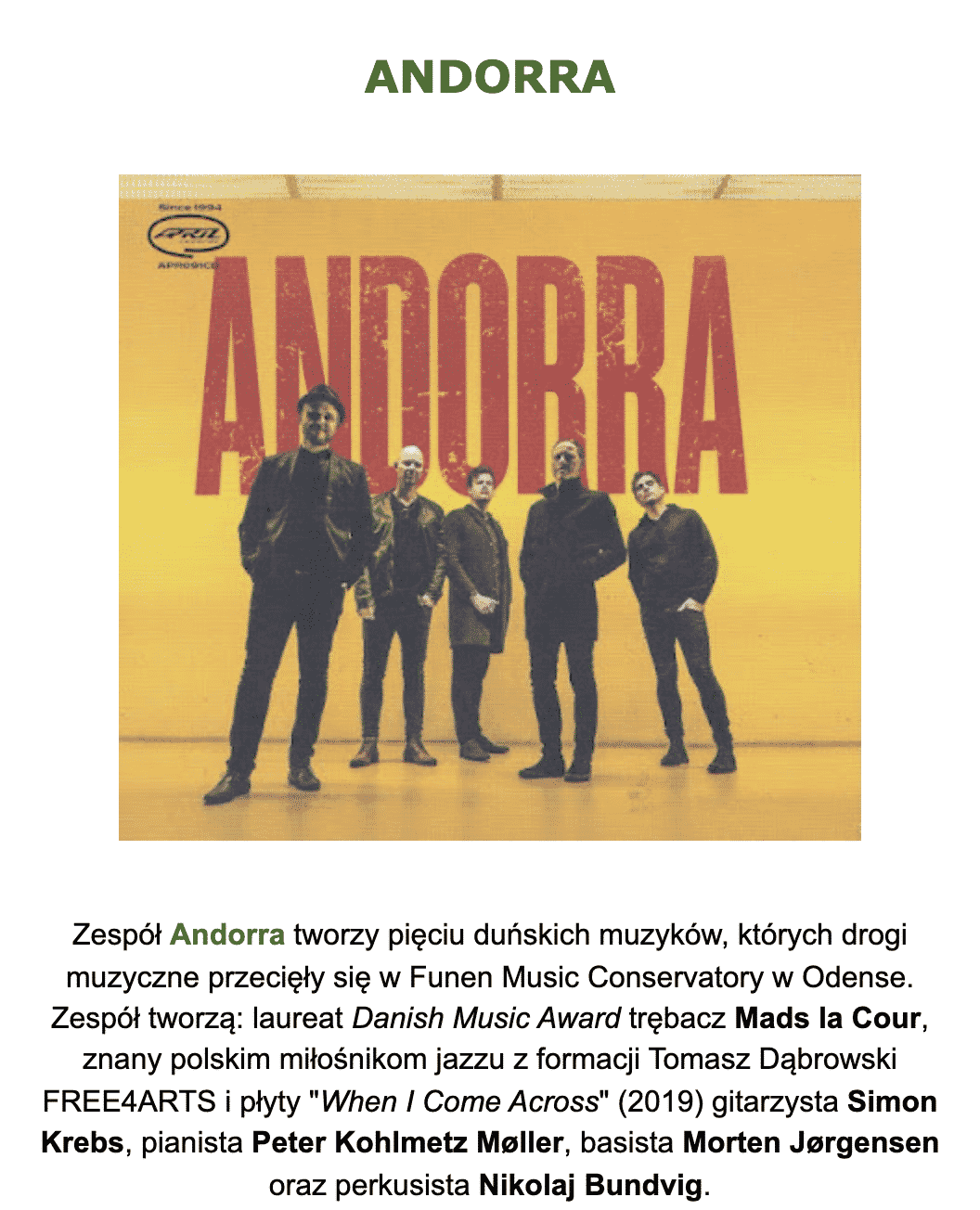