Self-described as “an eclectic blend of the simple and complex”, an Amsterdam based quartet’s debut release ‘Maya’ showcases the vibraphone unlike you’ve ever heard before. A masterclass in contemporary jazz composition and ensemble musicianship, ‘Maya’ is releasing on New York record label JMI Recordings on the September 2nd.

Co-lead by bassist Omer Govreen and vibraphone player Aleksander Sever, the quartet’s sound pushes and pulls from calming and meditative to energetic, jaw-dropping virtuosity. With influences ranging from Baroque music to modern jazz, one thing that’s certain is the four musicians live and breathe the jazz tradition.

Their compositional style as well their choice to record the album entirely using analog methods pays homage to the sounds of the past, while their ensemble approach, explorative improvisations and rich harmonies are undeniably modern.

The musicians shift seamlessly between composition and improvisation, executing complex metric shifts and irregular grooves with comfort and ease. The combination of piano and vibraphone, both rich harmony instruments, enables their strong written melodies to dance and weave around the ensemble, further blurring the lines between the pre-written and the spontaneous.

Extended passages of improvisation by each member of the group allow for shifts in timbre and tone, as well as creating the space for all four of them to display their dizzying technical prowess. In the band’s own words, “the melodies go straight to your heart while the rhythms keep you at the edge of your seat”. 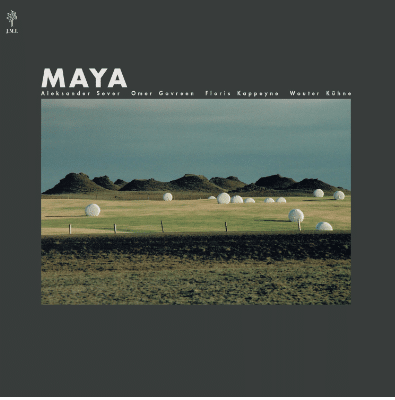