Mozambique jazz star Moreira Chonguiça’s eagerly anticipated eighth album Sounds of Peace is out on November 4th, five years after the acclaimed release ‘M & M’ which saw him partner with ‘The Lion of Africa’ Manu Dibango.

All that, infused with personal experiences from the past few years, makes Sounds of Peace a thought-provoking, reflective and introspective album which never loses sight of the joy of jazz.

Inspired by the rich diversity of the multitude of languages and tribes that make up Mozambique’s cultural landscape, Moreira has used vocal melodies, rhythms and instruments on a number of the songs sung in a variety of different regional languages including Makhuwa, Makonde, and Changana.

This album is about celebrating diversity, differences and similarities amongst African people with the multiplicity of influence that came from the Arabs, the Asians, the Portuguese, and other Europeans.

It’s about celebrating life with urgency. It’s about peace, collaboration and the importance of mental health – all relevant issues in the turbulent times in which we live.

The past few years will forever be etched into our memories for its strangeness and this album subtly tries to make sense of this unusual period in our history that caused the whole world to halt and breathe simultaneously.

“I want to show young people, to share with young people, who make up a significant part of the world’s population, that there are no boundaries in culture no matter what race you are, what country you are from, what matters is that we need to share, we need to create space and silence to achieve things over which we have no control” Moreira says.

Moreira recorded this album in its entirety in Mozambique using young upcoming musicians, some who came through from his own project, the Morejazz Big Band that was launched eight years ago. It was a collective moment for these young people to dig deep within and express themselves musically.

“This was an extraordinary and emotional recording for me as some of the musicians had never been involved with a recording of this nature before” Moreira asserts.

The new album will be launched officially in Mozambique during November as well as on Friday 25 November at South Africa’s biggest jazz festival, Joy of Jazz at Sandton Convention Centre on the Dinaledi stage. 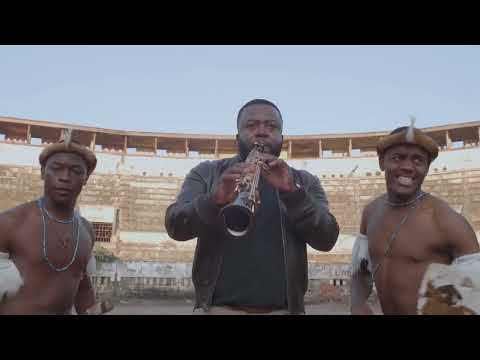