A wise man once said that it doesn’t matter where jazz goes as long as it takes the tradition with it. With Moons Ago (April 8th) Swiss bassist and bandleader Dominik Schürmann pays homage to the classic sound of 1950s & 60s jazz, through 12 original compositions.

Steeped in the hard-bop era tradition, Schürmann rounds up two fellow leading lights from the blossoming Swiss jazz scene and tops it off with renowned Italian saxophonist Max Ionata.

The repertoire itself – composed in entirety by Schürmann – may be unashamedly old school, but the delivery is fresh. A tongue-in-cheek twist on a Sinatra classic, lush ballads and a couple of latin grooves sit, of course, amongst some hard-swinging straight-ahead tunes. All new treatments, but reminiscent of the titans of yesteryear and their joyous recordings.

Bandleader Dominik himself is a longstanding regular on both the Swiss and international jazz scenes. With over 50 album credits and countless tours, he’s performed with the likes of Jorge Rossy, Hendrik Meurkens, Oscar Klein, George Gruntz, Vince Benedetti and many more.

On piano, Basel-based Italian Yuri Storione may be closer to the beginning of his career, but his impressive virtuosity and already-prolific output has seen him win plaudits from press and fans alike. Alongside him, the drum chair is occupied by Latvian drummer Janis Jaunalksnis; also Swiss based, the music showcases a musician both highly sensitive and deeply swinging

Fronting the trio as special guest, Schürnmann’s choice of renowned Italian saxophonist Max Ionata is an astute addition to the group’s modern-vintage blend. A veteran of the international jazz scene, Ionata emerged in the early 90s and has performed with many modern greats including Robin Eubanks, Billy Hart, Joe Locke, Mike Stern, Bob Mintzer and compatriot Stefano Di Battista.

“His sensitive playing and soft, full sound lend the compositions exactly the appropriate timbre I was looking for. He has a strong sense of tradition and has developed his own personal sound.”

Together, they balance a respect for the tradition with an obvious desire to create something new; it’s likely to strike a chord with classic jazz fans and contemporary listeners alike. 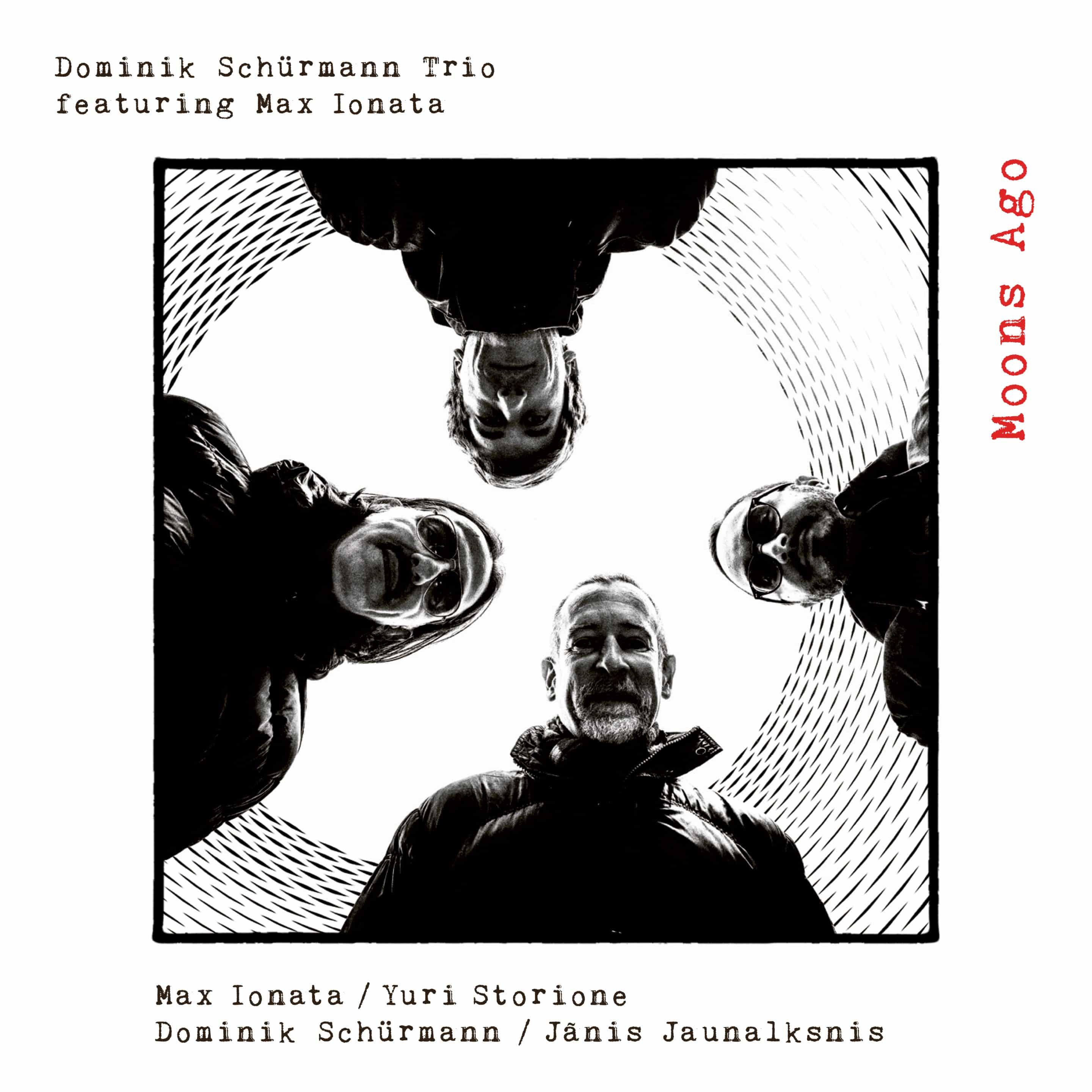 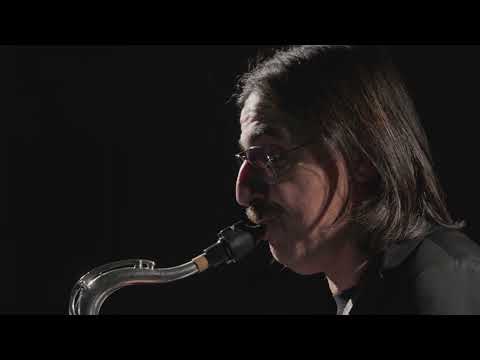 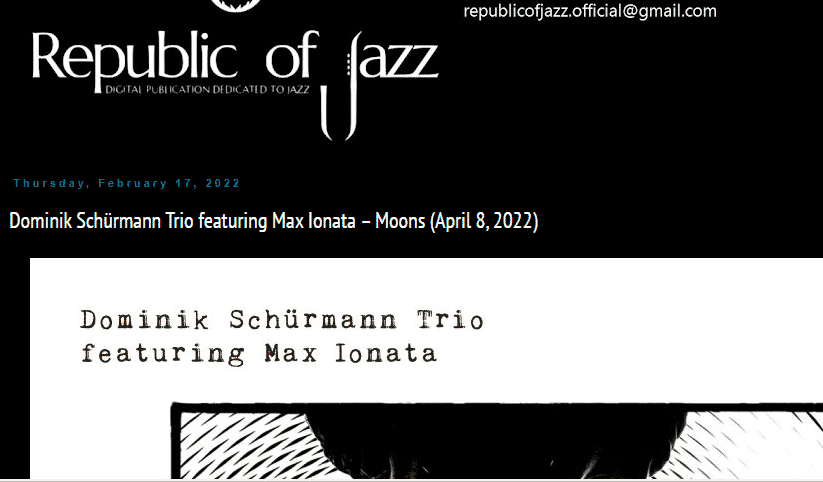 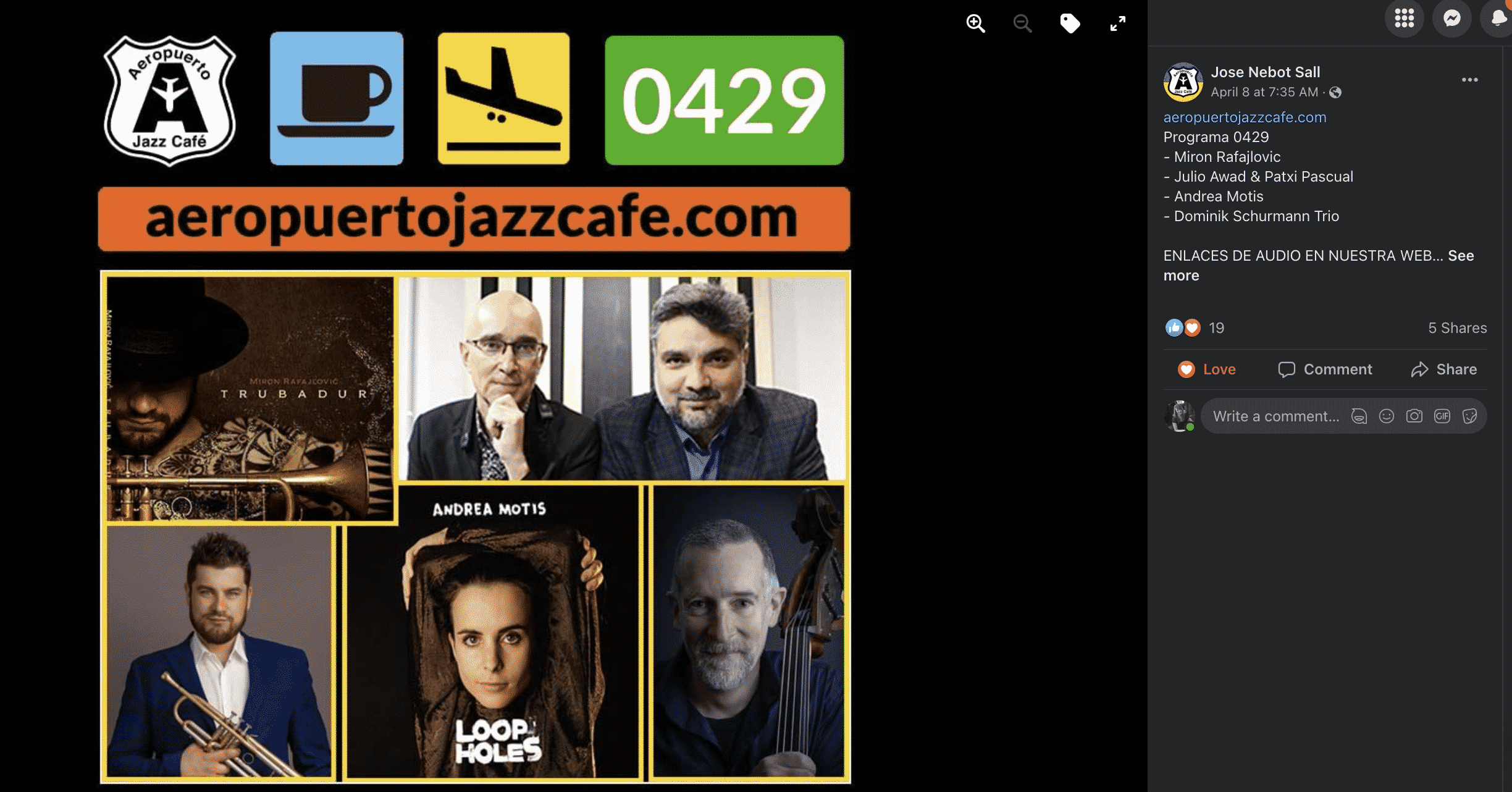 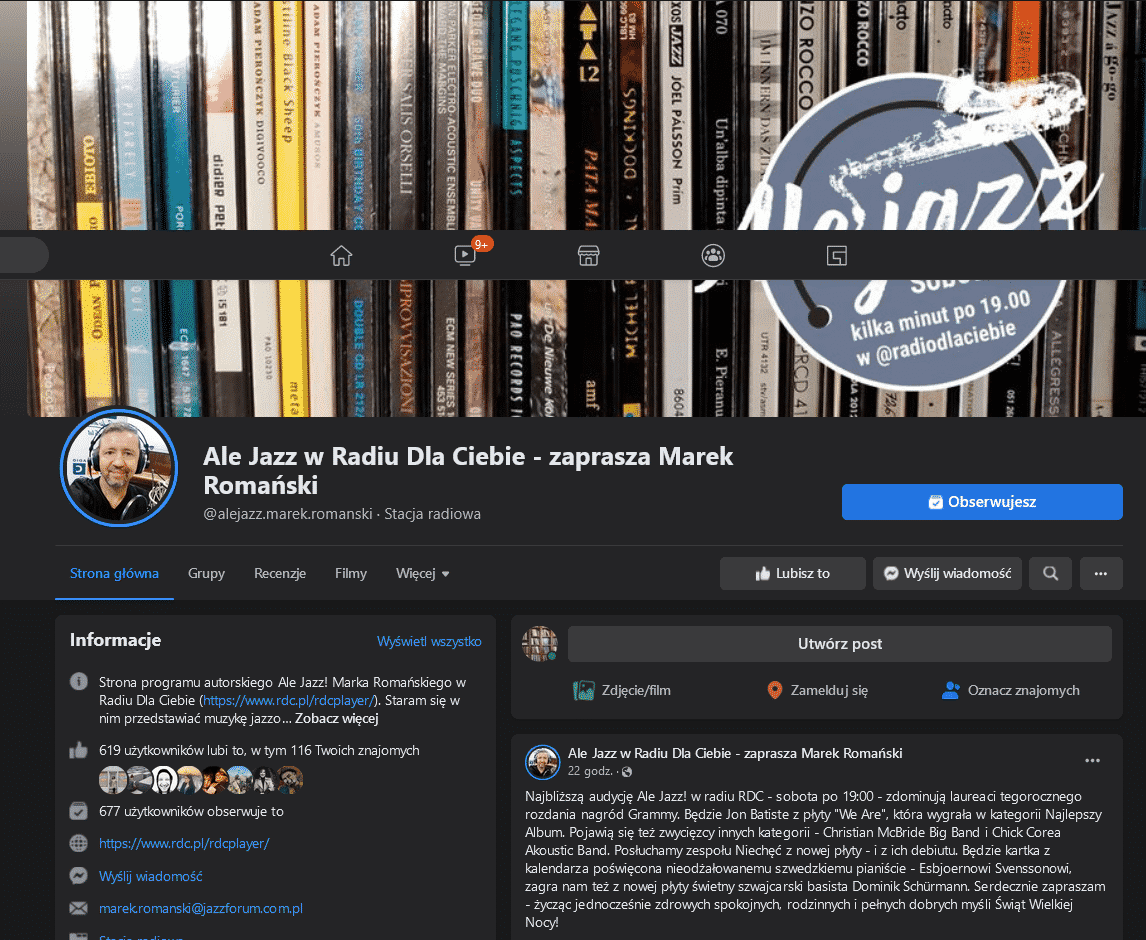 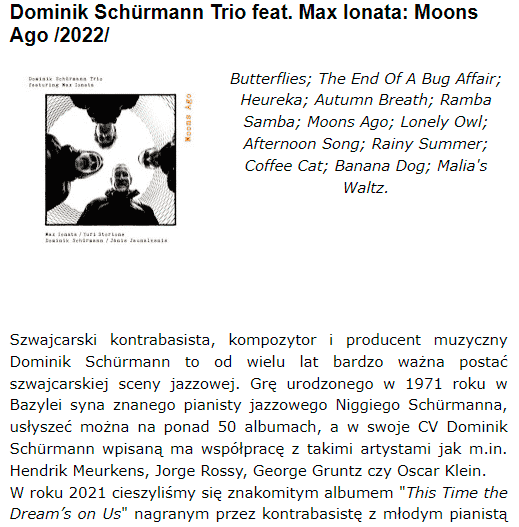 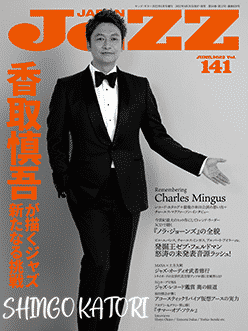