‘Scandinavian jazz’ may conjure up an expectation of moody soundscapes and melancholic sounds, but there is a new wave of musicians, in Denmark at least, forging ahead with something rather more extroverted.

It just takes one look at the retro stylings of the artwork – vinyl, of course – to get a sense of the unabashed passion for the 70s & 80s.

But this isn’t a nostalgic rehash of music from the past.

Wamberg has assembled a group of young musicians from Copenhagen’s vibrant scene whose background in everything from classic Jazz and Hip Hop to Gospel and Danish Pop help present a fresh twist on the disco spirit.

Wamberg himself studied with the legendary guitarist Doug Raney, who he went on to perform with. Alongside him, Jonathan Bremer (bassist of Bremer/McCoy who are signed to David Byrne’s Luaka Bop label), award-winning saxophonist Oily Wallace, in-demand session drummer Felix Ewert and pianist/producer Malthe Rostrump on keys.

And, whilst the self-titled Tabloid is their debut release, the musicians have already recorded together in various constellations and have built a  solid foundation in Copenhagen for this group thanks to their hard-grooving and virtuosic live show.

Now, in collaboration with prolific Danish label April Records, they are ready to reach out and entertain fans of crossover jazz.

The future of jazz has always been shaped by young musicians transforming the best elements of yesteryear into new modes of expression and this group proves that shows no signs of stopping! 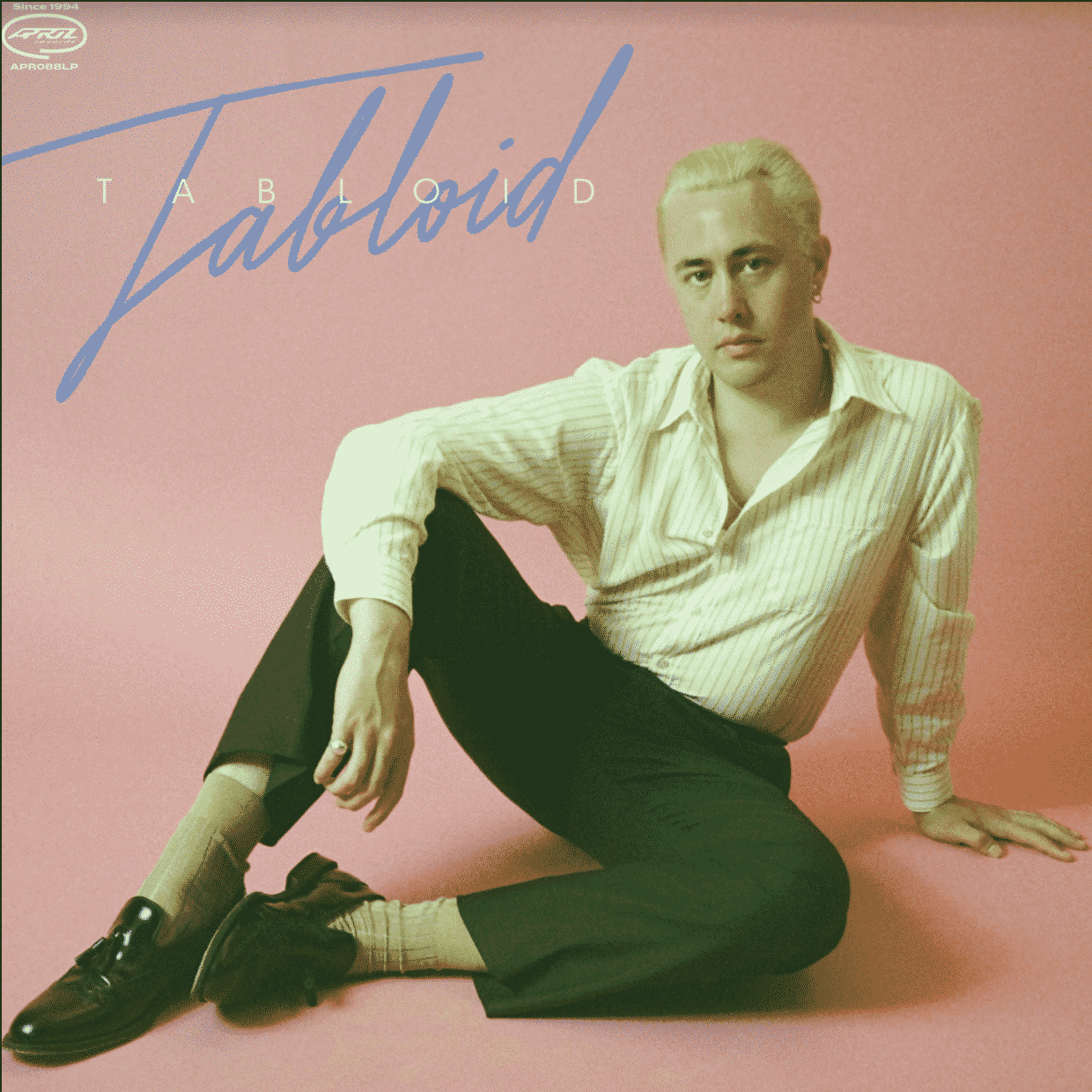 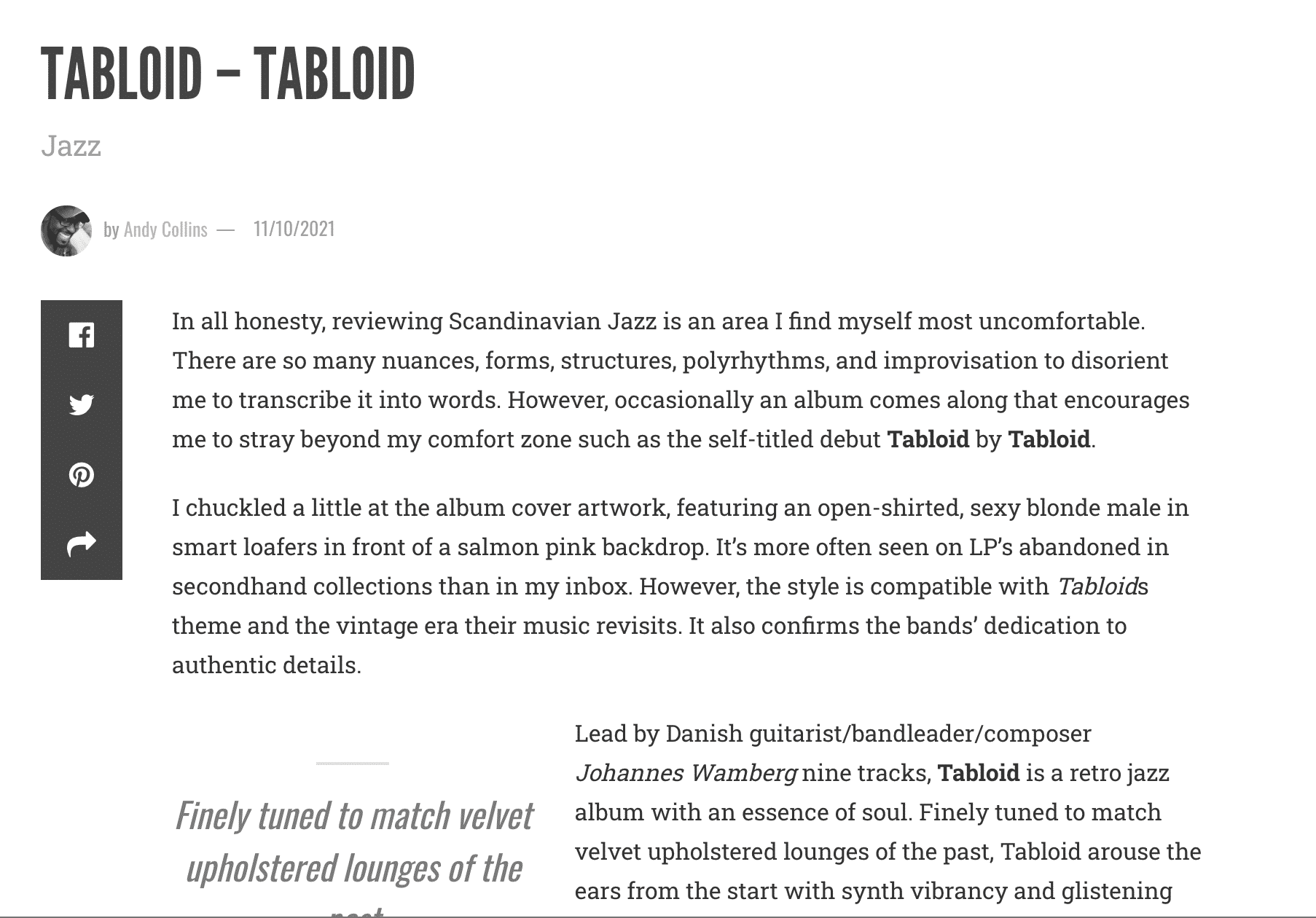 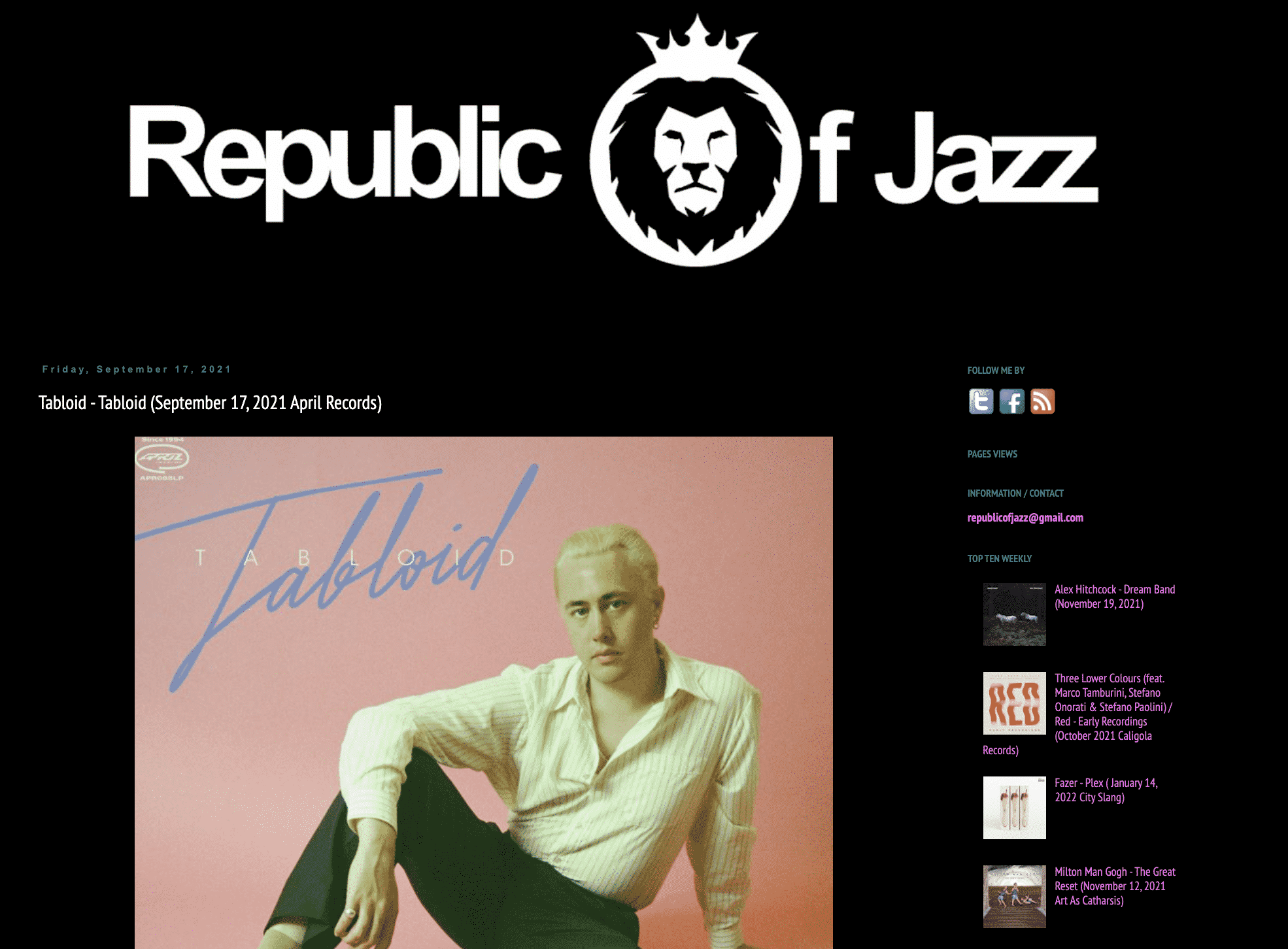 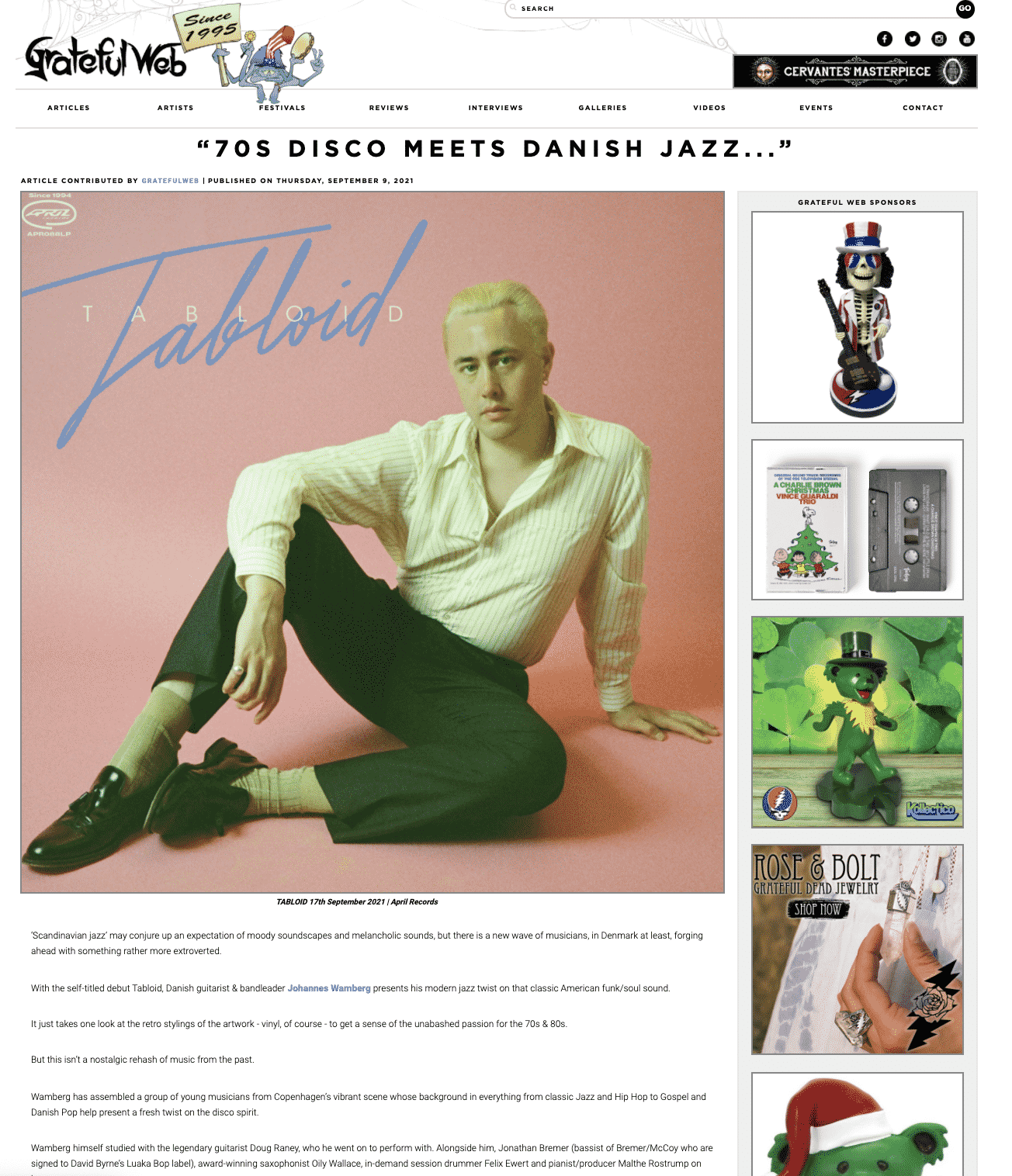 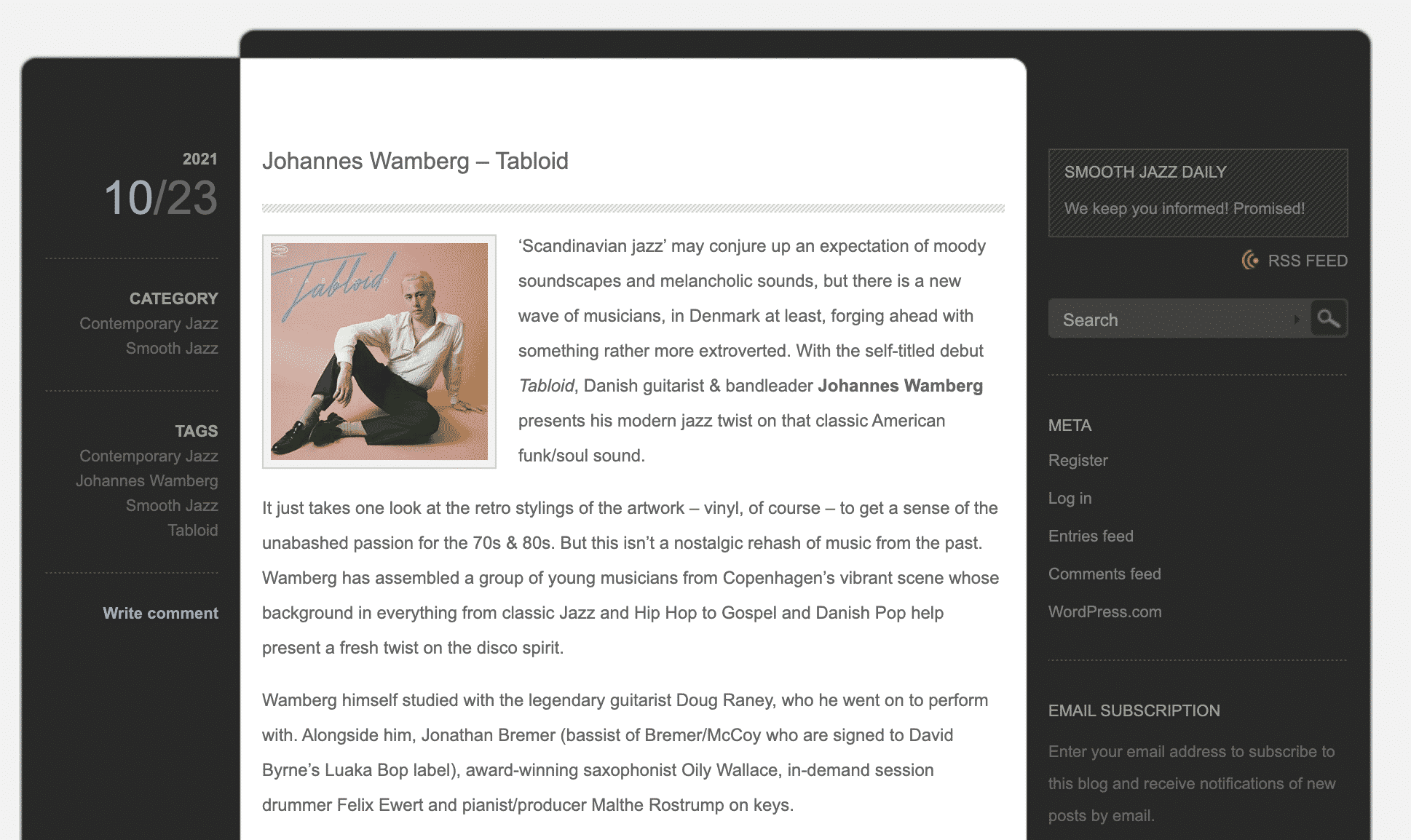 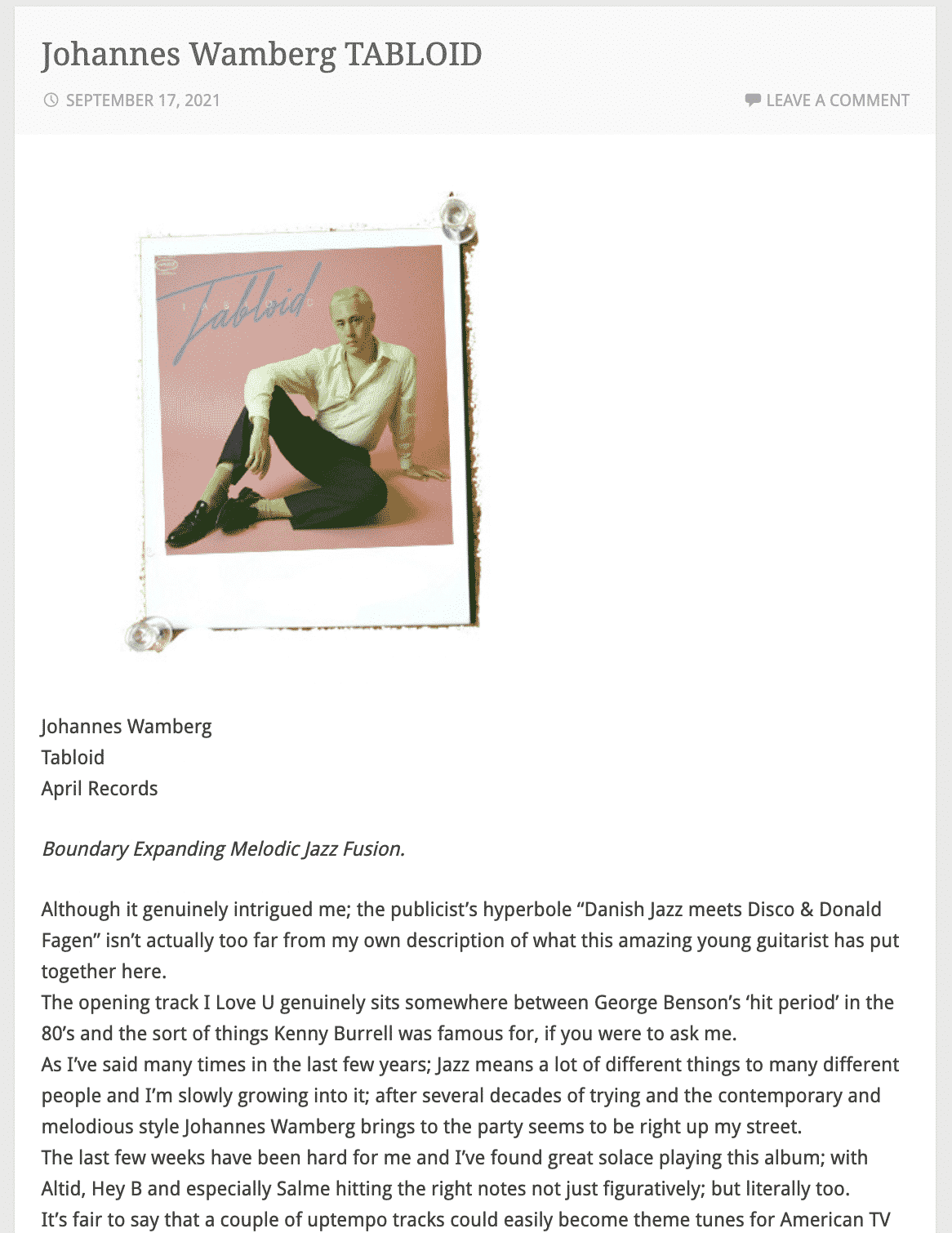