Odyssee - A Journey Into The Light (GLM Records)

Icarus’ flight to freedom, Jason and his Argonauts, Aeneas’ search for a new home and, of course, Odysseus’ swashbuckling journey.

Globetrotting German group Quadro Nuevo have long been enthralled by these tales of Greek mythology and their latest release brims with stories, adventure and contemplations on power, wealth, luck and wisdom.

You’ll find hymnal improvisations alongside a driven ska groove, a sea bossa nova in early-season 5/4 time as well as a heartfelt lullaby for the fallen Icarus or an earthy ballad for the waiting Penelope.

Planned for months before launching into action, the adventurous collective around Quadro Nuevo, consisting of 30 travelers, sailed through the realms of ancient stories for weeks, via Sicily and the Aeolian Islands, entering the Wild West of the ancient world.

While the 4-piece band brought four other musicians on board for this journey, they were also accompanied by a brain researcher from the Berlin Charité, Homer specialists who speak Ancient Greek, art historians, an adventurous biologist who studies the history of mankind, a crime writer, a yoga master and a range of photographers and culture enthusiasts.

“Like children on a great adventure playground, we sail through the myth-enshrouded world of the Aeolians. Mediterranean islands far removed from our digital high-speed age. Bubbling volcanoes, blue sea depths, rocks like sculptures formed by an artist’s hand”

Meandering around the ancient sagas, and listening to this Odyssee, perhaps this tale will inspire others on their own epic journey. 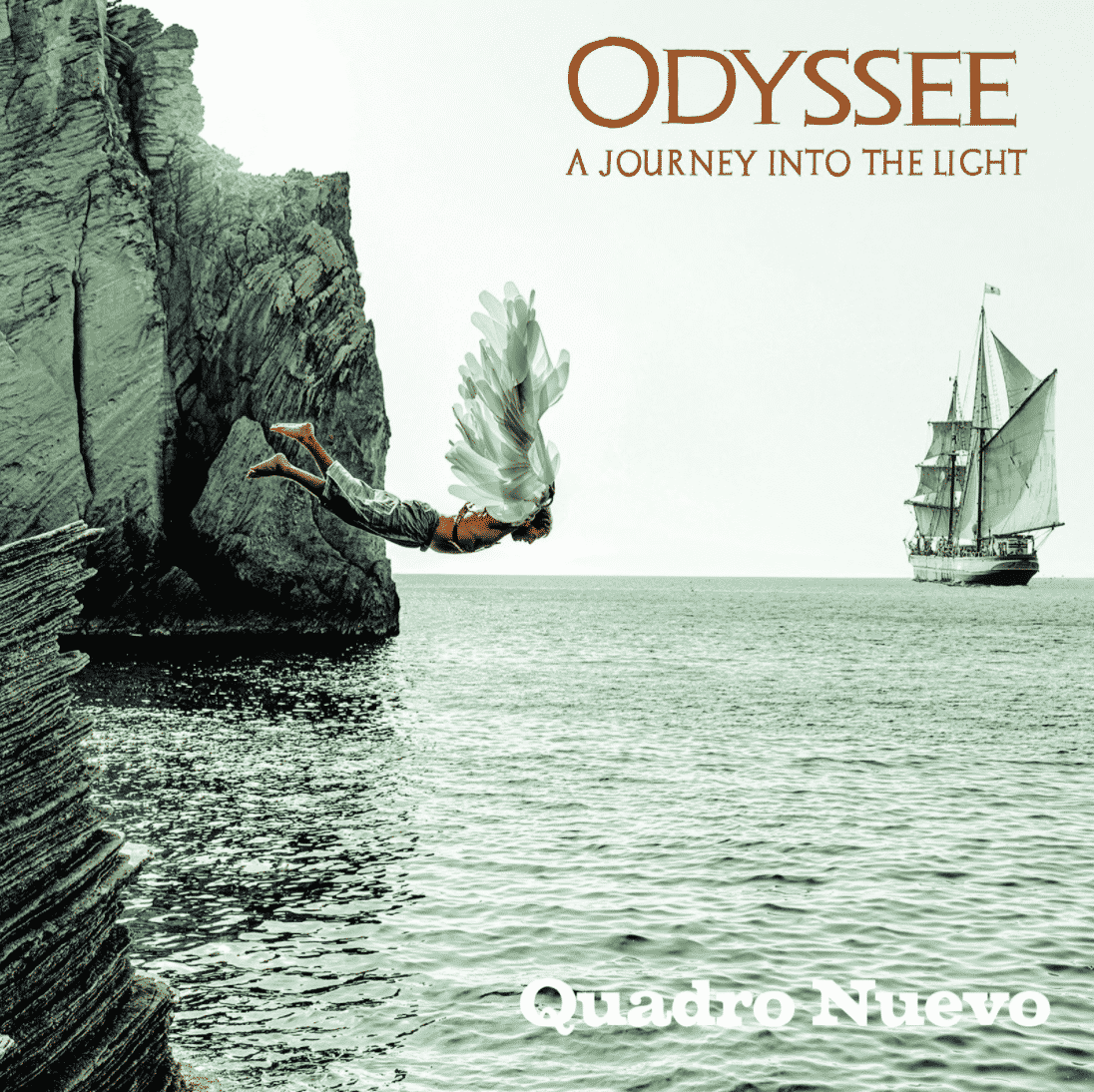 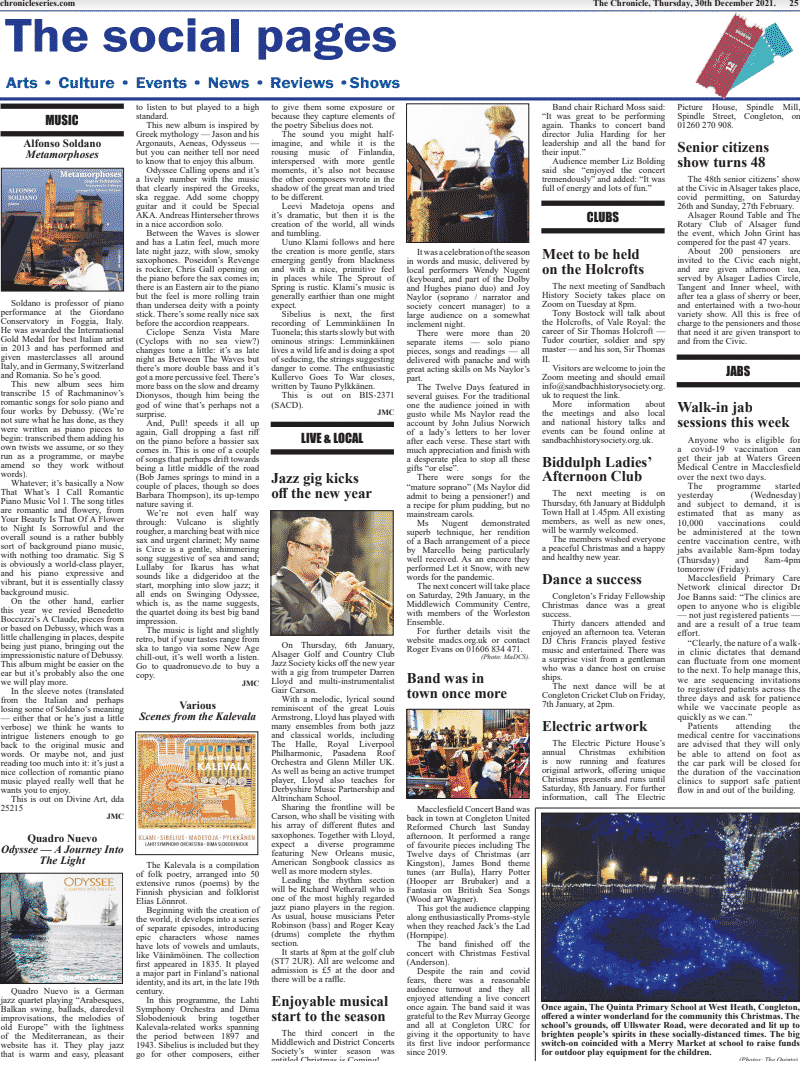 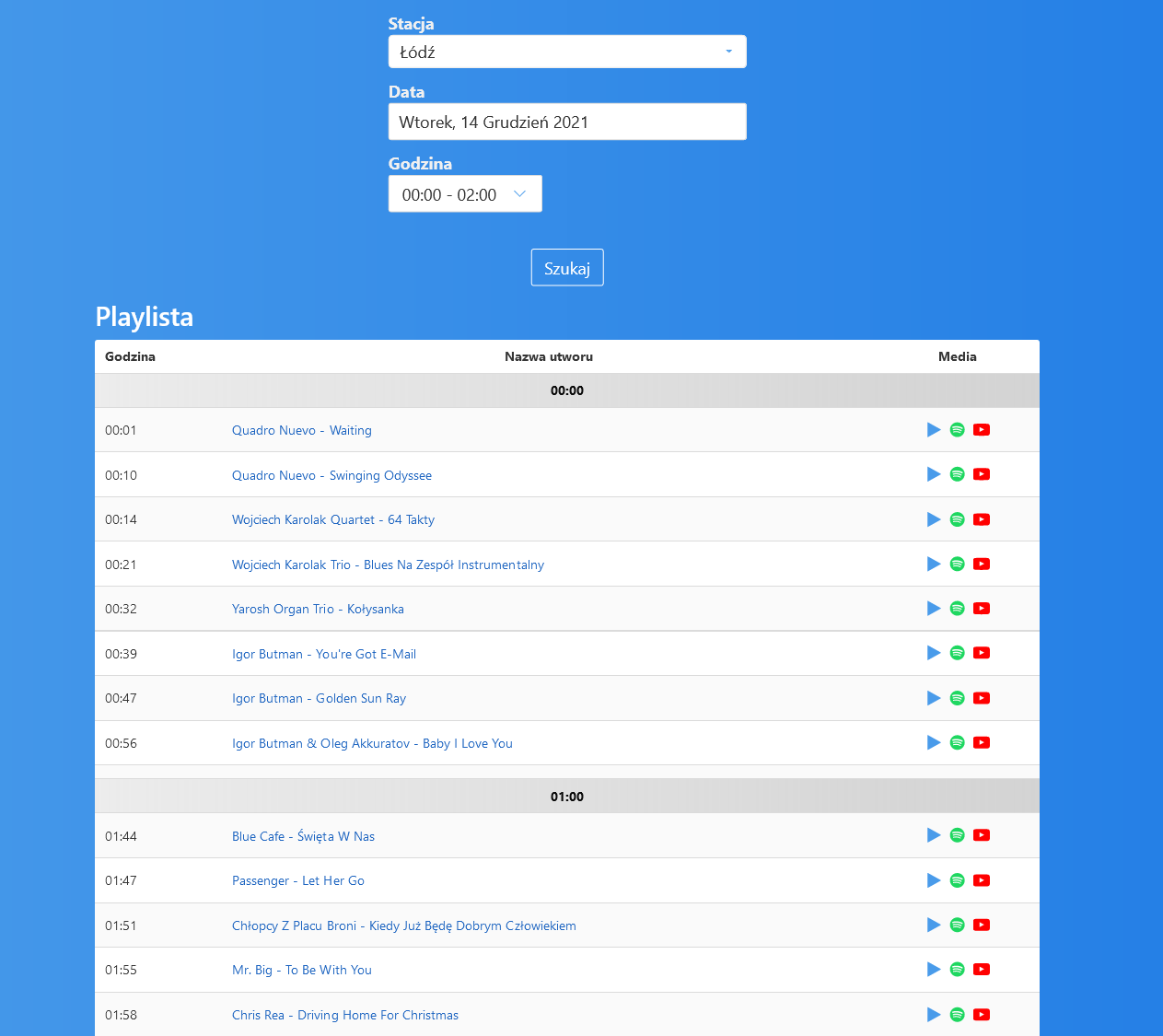 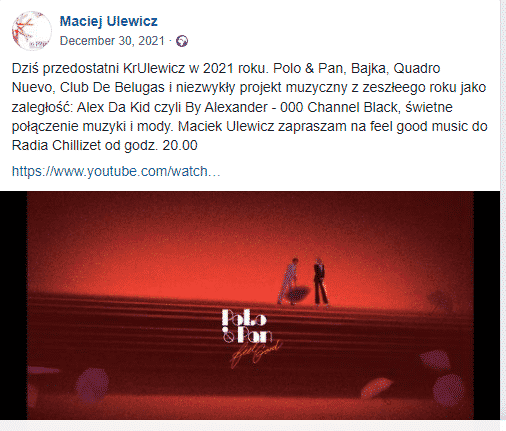 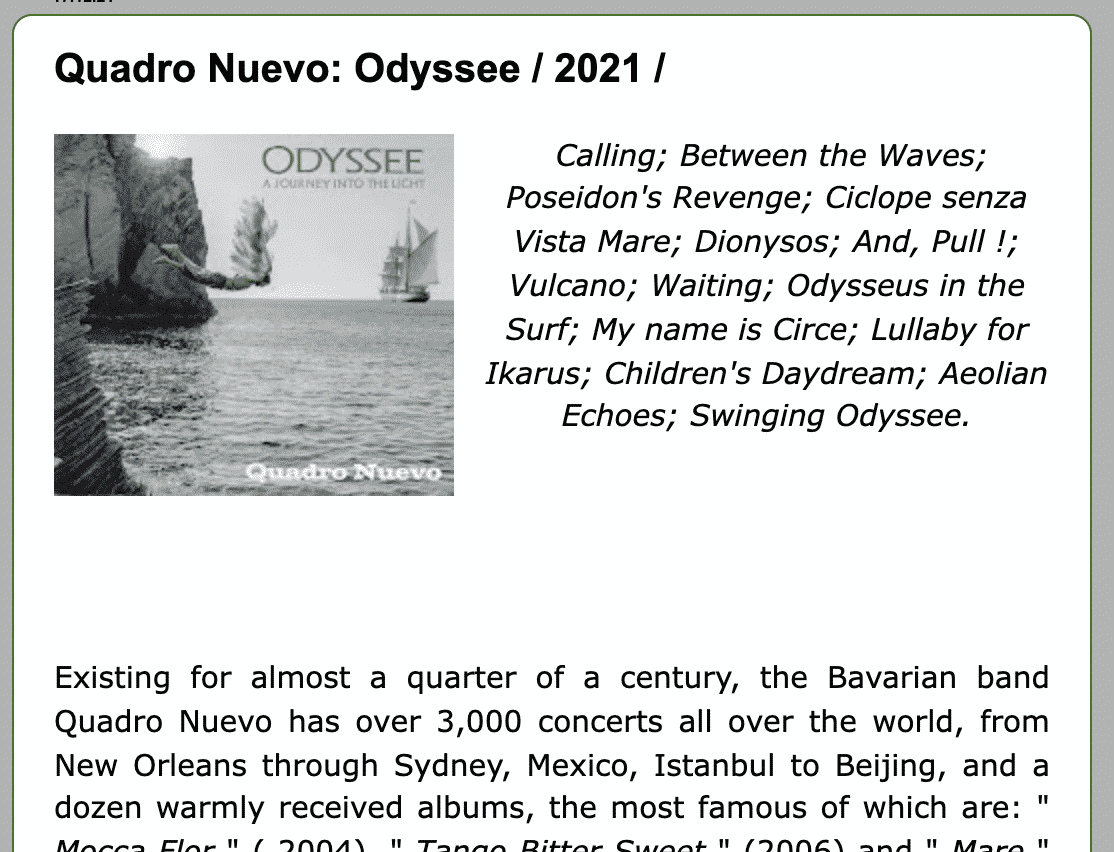 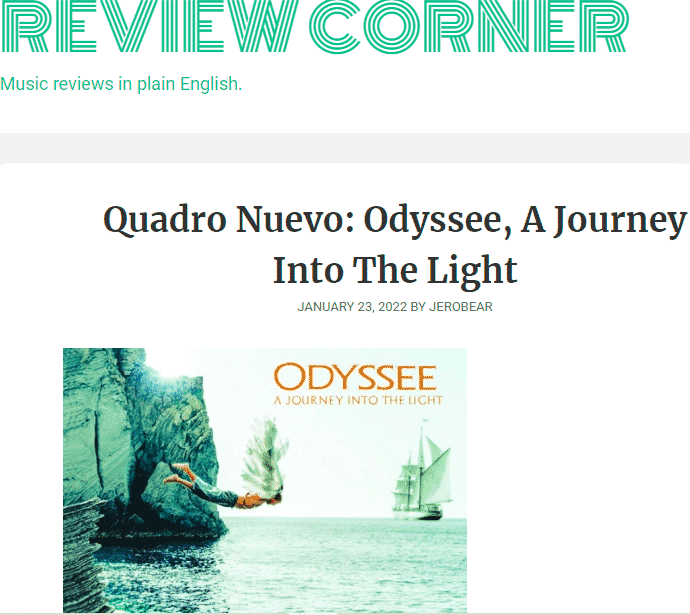 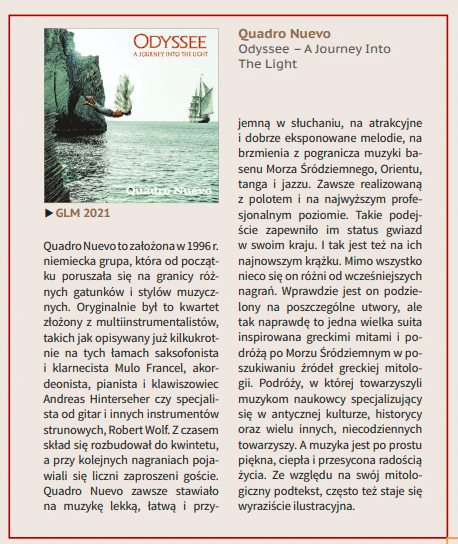 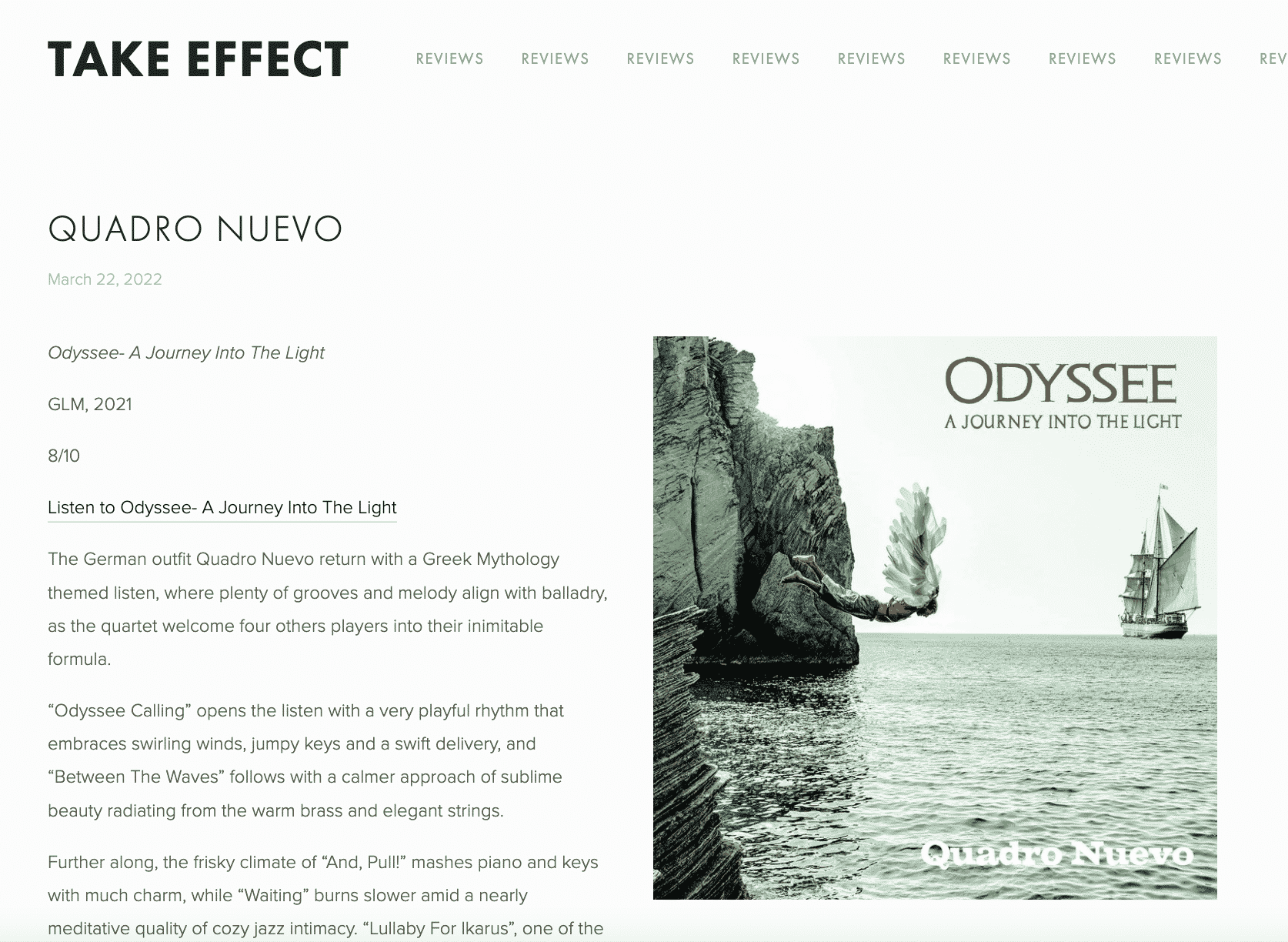 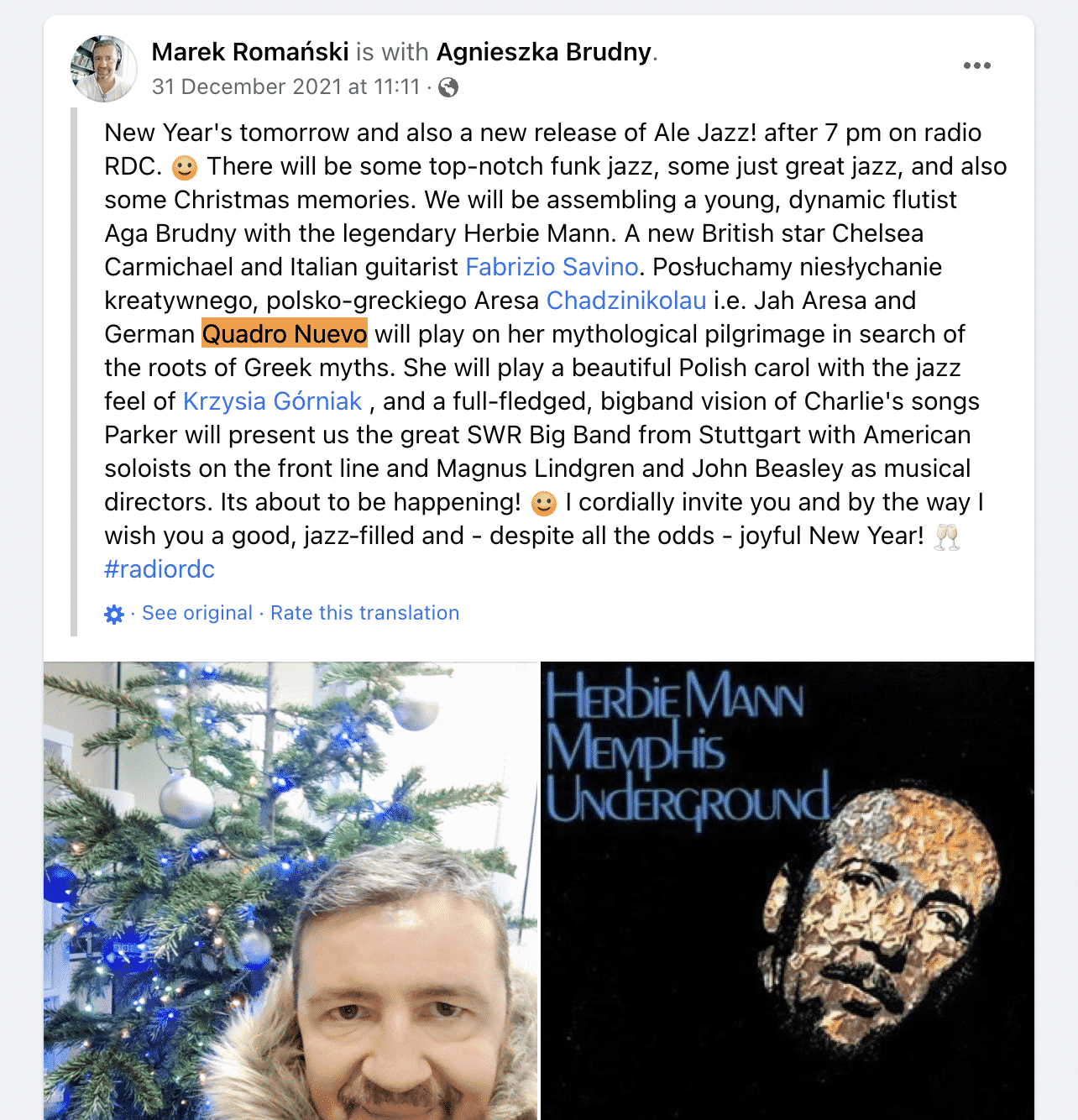 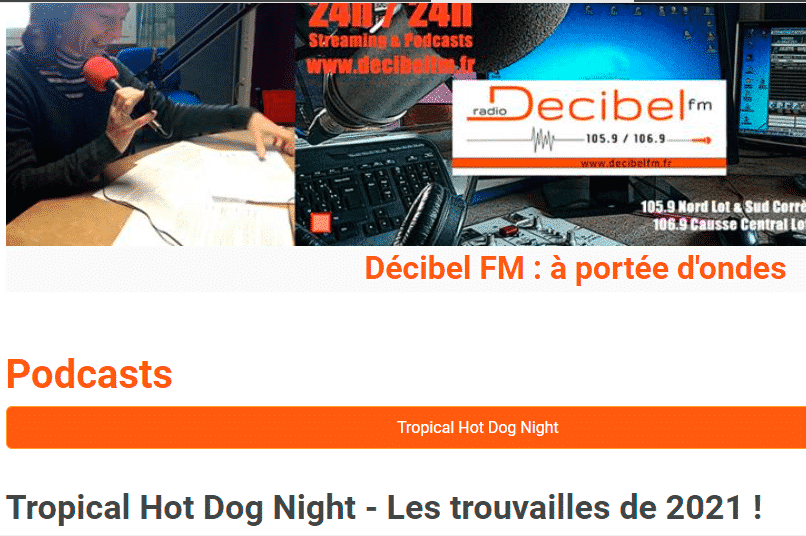 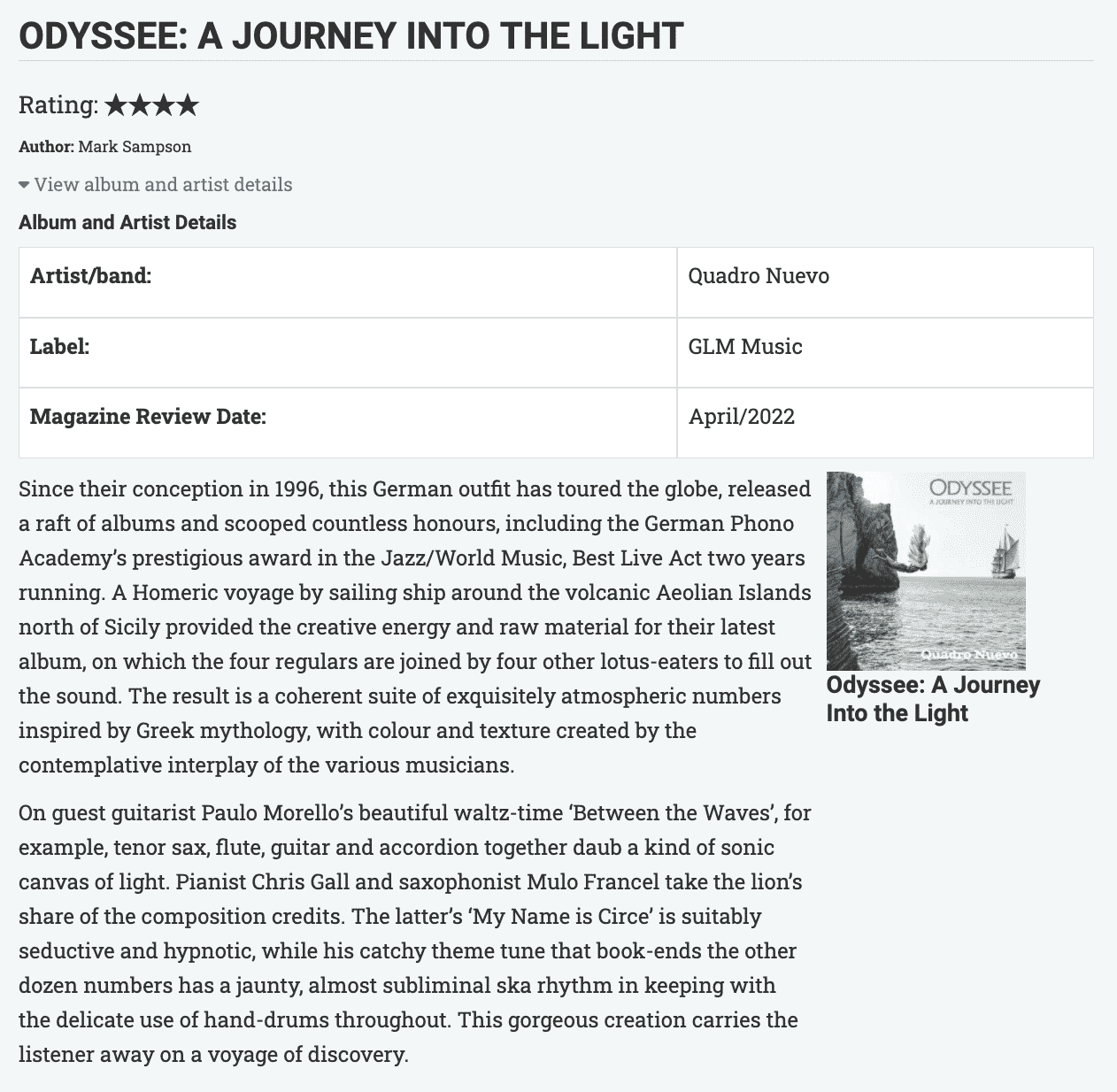