Transmigration is the sophomore album from Lebanese bassist & composer Makram Aboul Hosn, recorded in Beirut just three days after the port explosion which was watched from around the world.

In fact, the dramatic events of August 4th were just one of a series of catastrophes to hit the country, following economic crash, mass protests and, of course, COVID-19.

Originally scheduled to take place at a European studio with an international line up, Makram decided instead to invest in the local Beirut scene, bringing together some of the city’s leading jazz musicians – along with a handful of guests including US vibraphone star Joe Locke.

“Something inside me still insisted that we go ahead, and that our only way out of this downward spiritual/psychological spiral was the creative act of making music.

As it has done hundreds of times before, music provided refuge for our bleeding hearts.”

On first listen, Transmigration is a swinging album which, with rich orchestrations that run through quintet through to 11-piece ensemble, showcases the intricate arranging skills of its bandleader Makram.

But, as the name suggests, the music doesn’t rest there.

I received a grant from AFAC (Arab Fund for Arts and Culture) to record my music somewhere around December 2019. Then, 2020 happened. Lebanon was in a total state of chaos with protests and violence on the streets. The economy started its quick descent into a crash, the banks confiscated our money, and the protests grew more and more violent. To receive this grant was a like seeing a lotus in a muddy pond.

The original idea was to travel to Europe with the grant and record my music there with a quintet. Then came COVID-19, and the whole world changed. I, like everyone else, had a lot of time on my hands, so I dumped my travel plans, sat down and figured out a new plan.

I never felt more connected to my home country as much as when the October 2019 Revolution started. And since there was an economic collapse coming, and COVID-19 completely crushed our hopes as performing musicians, I intuitively felt that the best place to spend my grant money was in my local music scene.

I re-wrote all the music for whatever the country, and the world, had to offer during that time. I surrendered to the circumstances, and I buried myself with the task of arranging all this music for a larger ensemble sometimes reaching 11 instruments, sometimes just 5. It was a blessing to be able to give myself something to work on while the outside world offered nothing but disappointment.

Flash forward, August 2020 arrived. I booked a few days at Audio Addicts Studio in Hamra (Beirut) for 5 days to record everything. We were supposed to start recording on the 7th. On the 4th of August, something beyond comprehension took place. A blow so big that a lot of us still struggle with processing it. There was a brutal, large explosion at the Beirut Port that completely destroyed a massive chunk of city. People were walking around with blood all over them, trying to get into the already overflowing hospitals. Homes were totally destroyed, many never came back to see their families.

Everyone involved in the project felt like maybe it’s not the time to record music after such a tragedy. I did too. There is a sense of deflation/depression that you get after you home gets ravaged that makes you not want to do anything whatsoever.

But, something inside me still insisted that we go ahead, and that our only way out of this downward spiritual/psychological spiral was the creative act of making music. So, we proceeded to record on the 7 th of August, and as the photos show there are so many smiles of relief on our faces…music, as it has done hundreds of time before, provided refuge for our bleeding hearts.

The title of the album is “Transmigration”.

I grew up in a Druze environment, and the idea of reincarnation was always around me from a very young age. When I lost my older brother at the age of 10, I realized that the possibility of him coming back somehow, somewhere, provided some kind of comfort for our family. As the years passed by, the idea of transmigration took on a much broader meaning for me. I noticed that in my own lifetime, I must have died and transformed at least 20 times by now. Then, I noticed that the same kind of people come back to me over the years, but in different bodies and names.

The music that you will listen to in this album, is first and foremost a representation of how I see the world, and what I hope for it to achieve for you is exactly what it achieved for me: comfort, a sense of love, unity, and refuge. 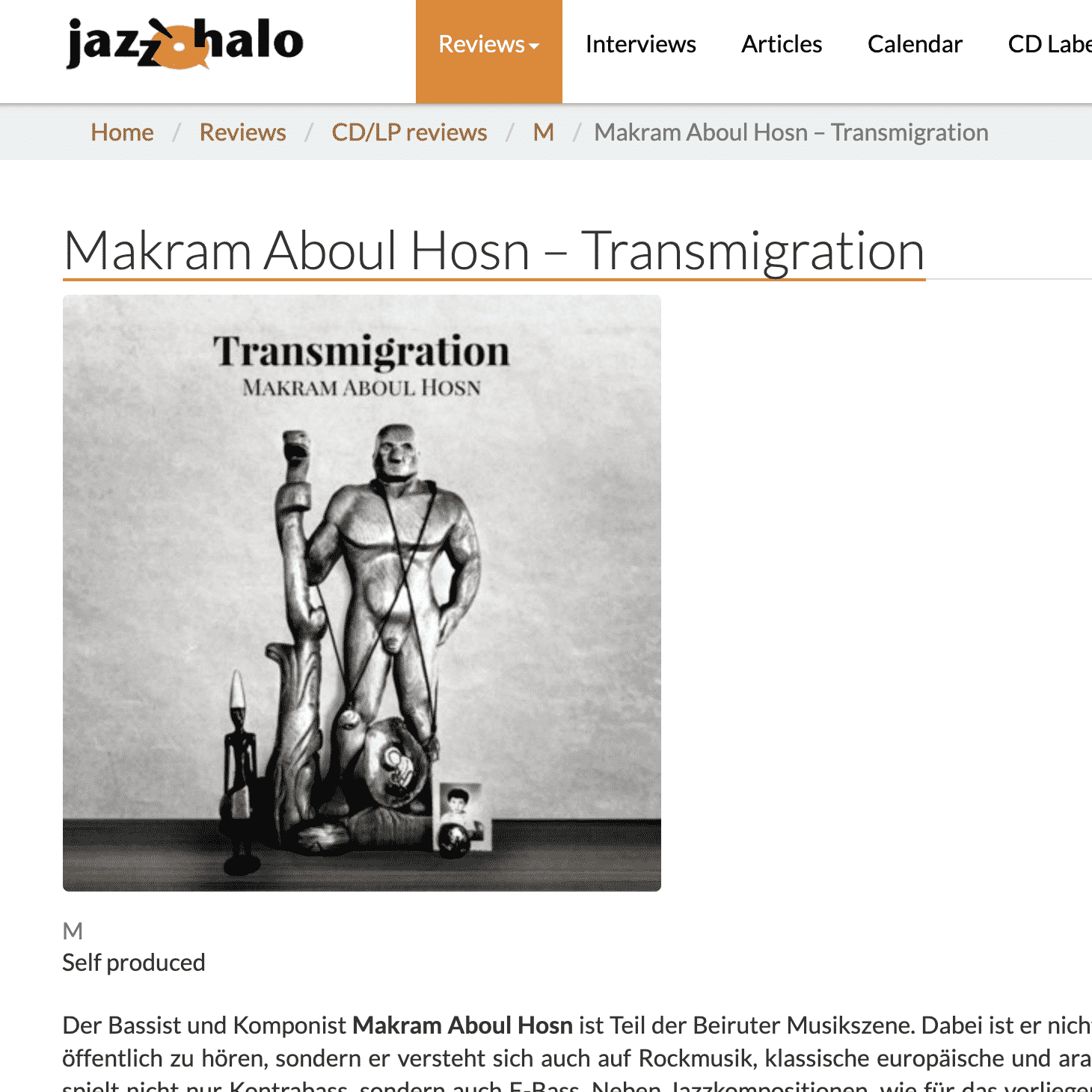 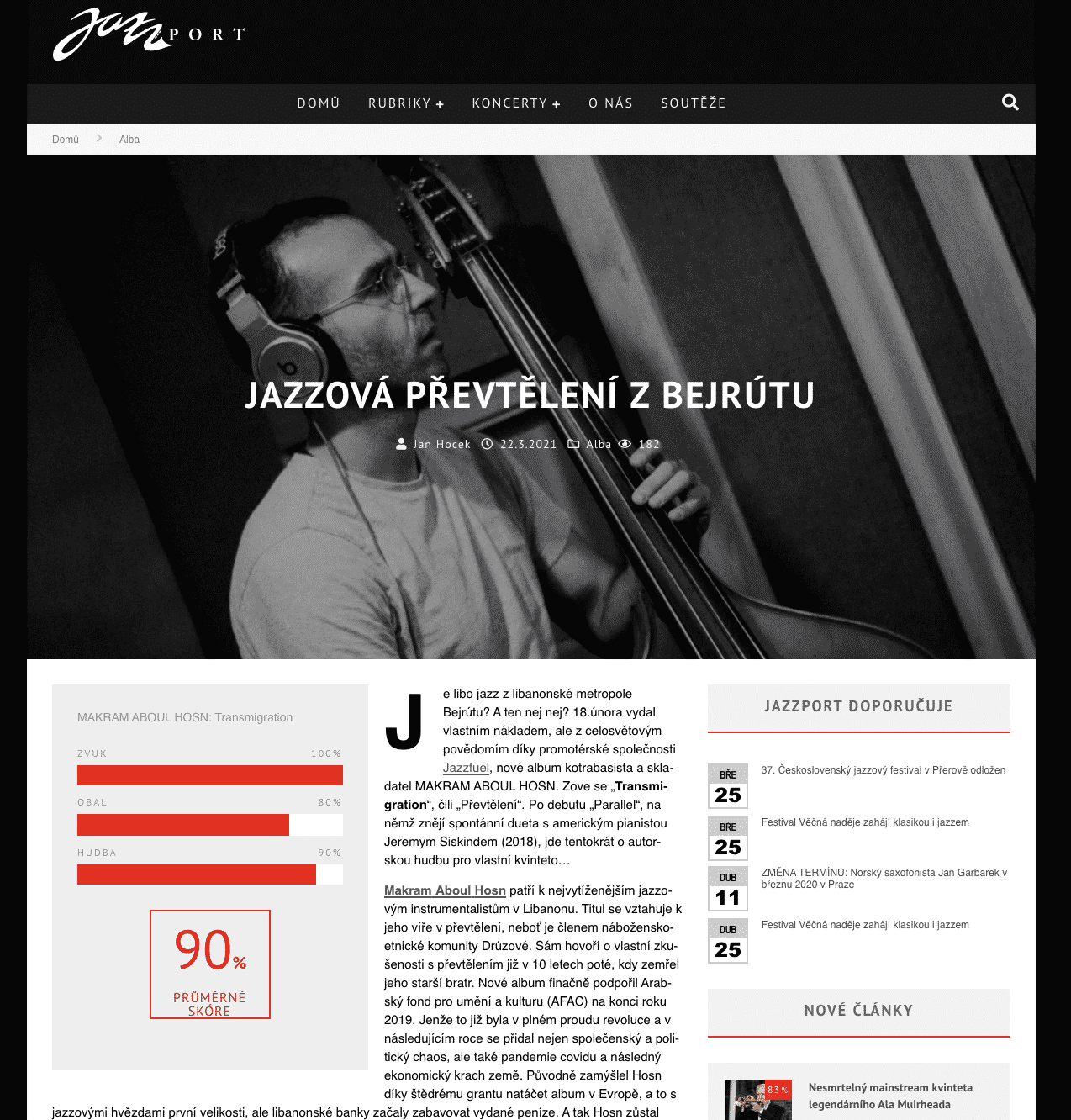 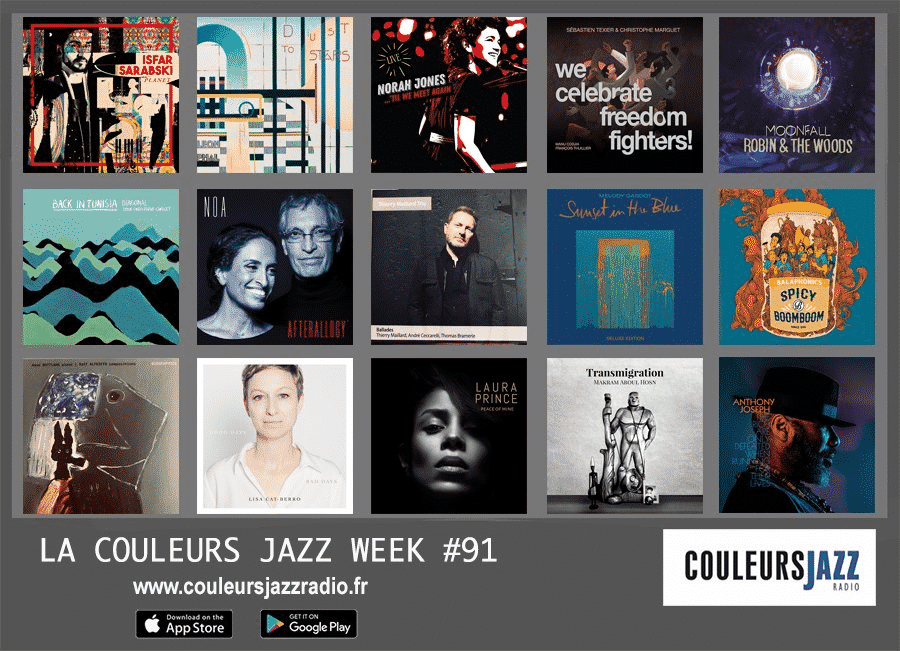 The Blueprint On Jazz FM 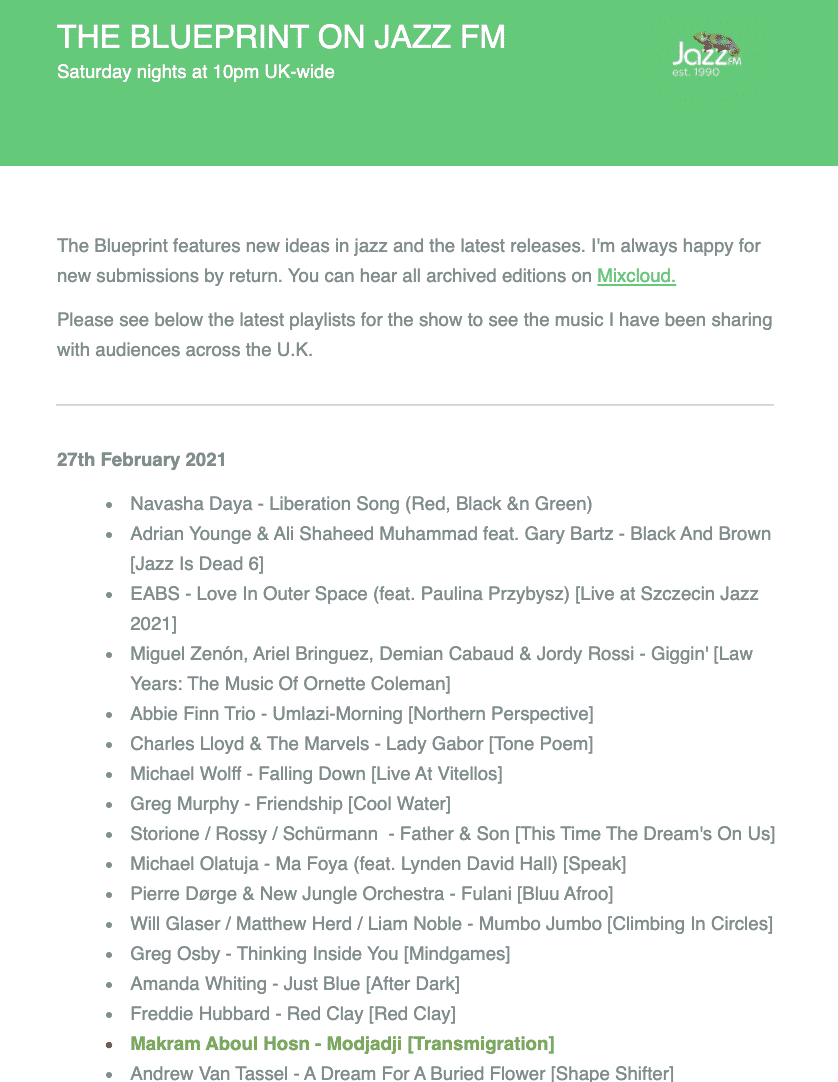 The World of Jazz (De) 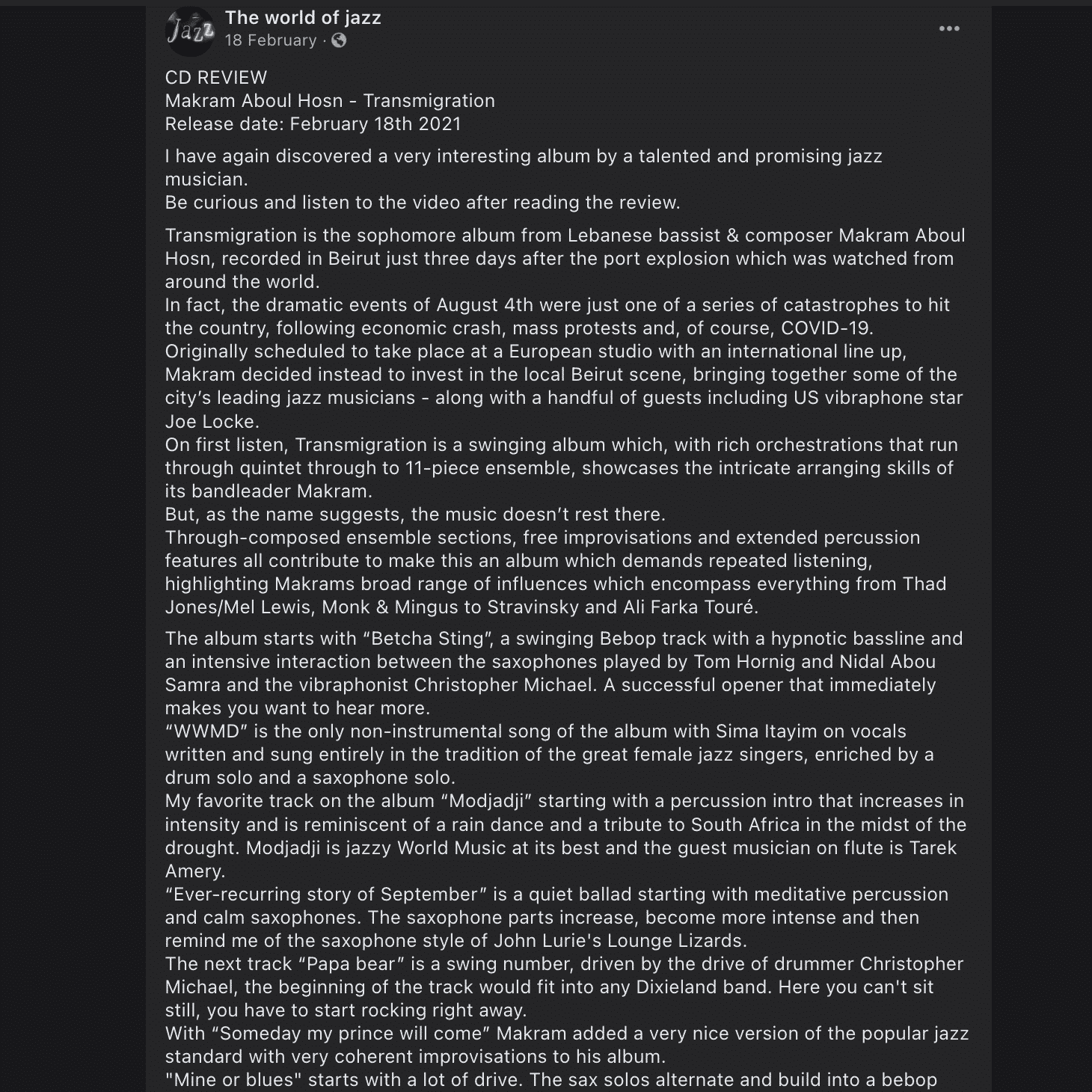 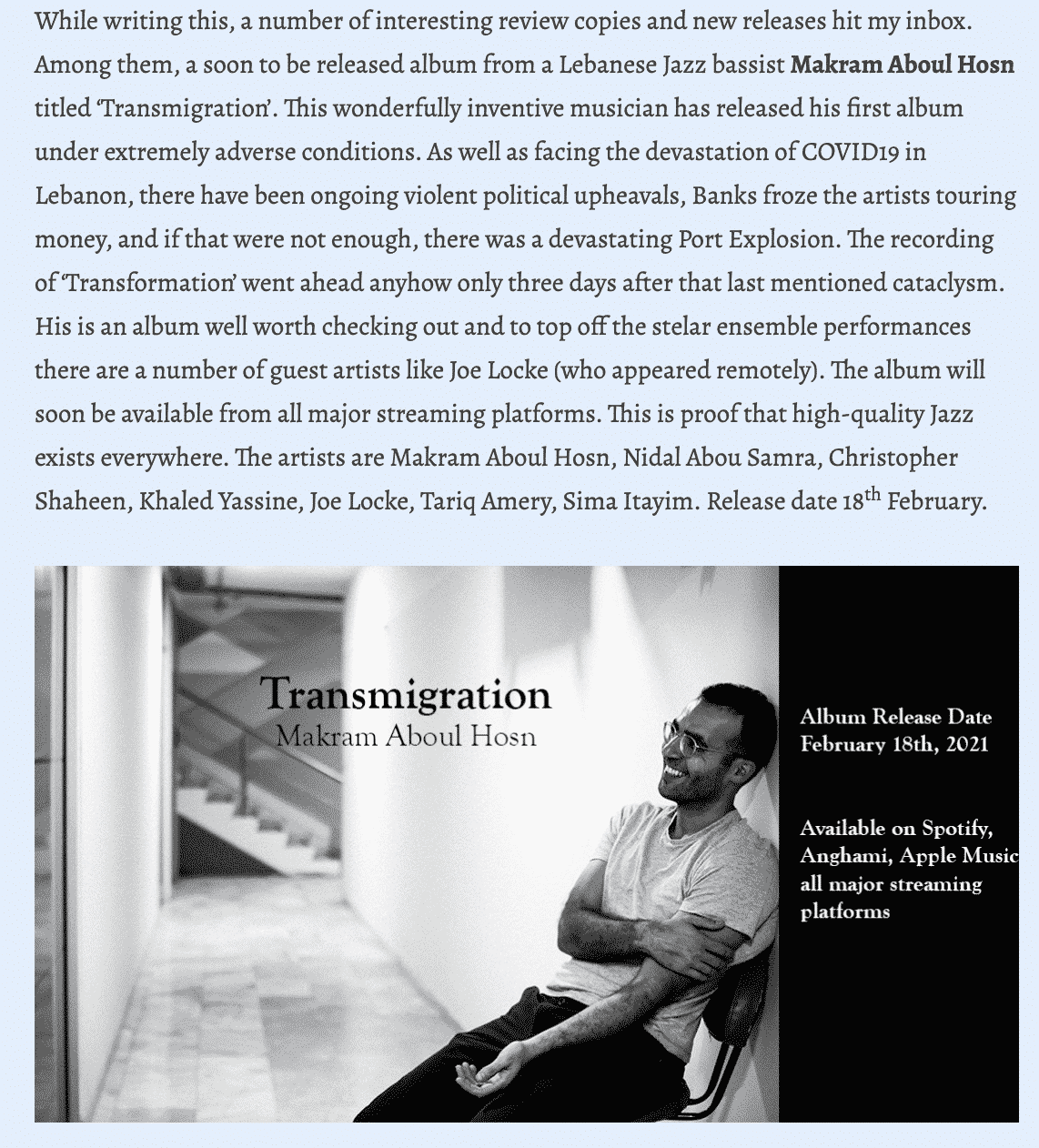 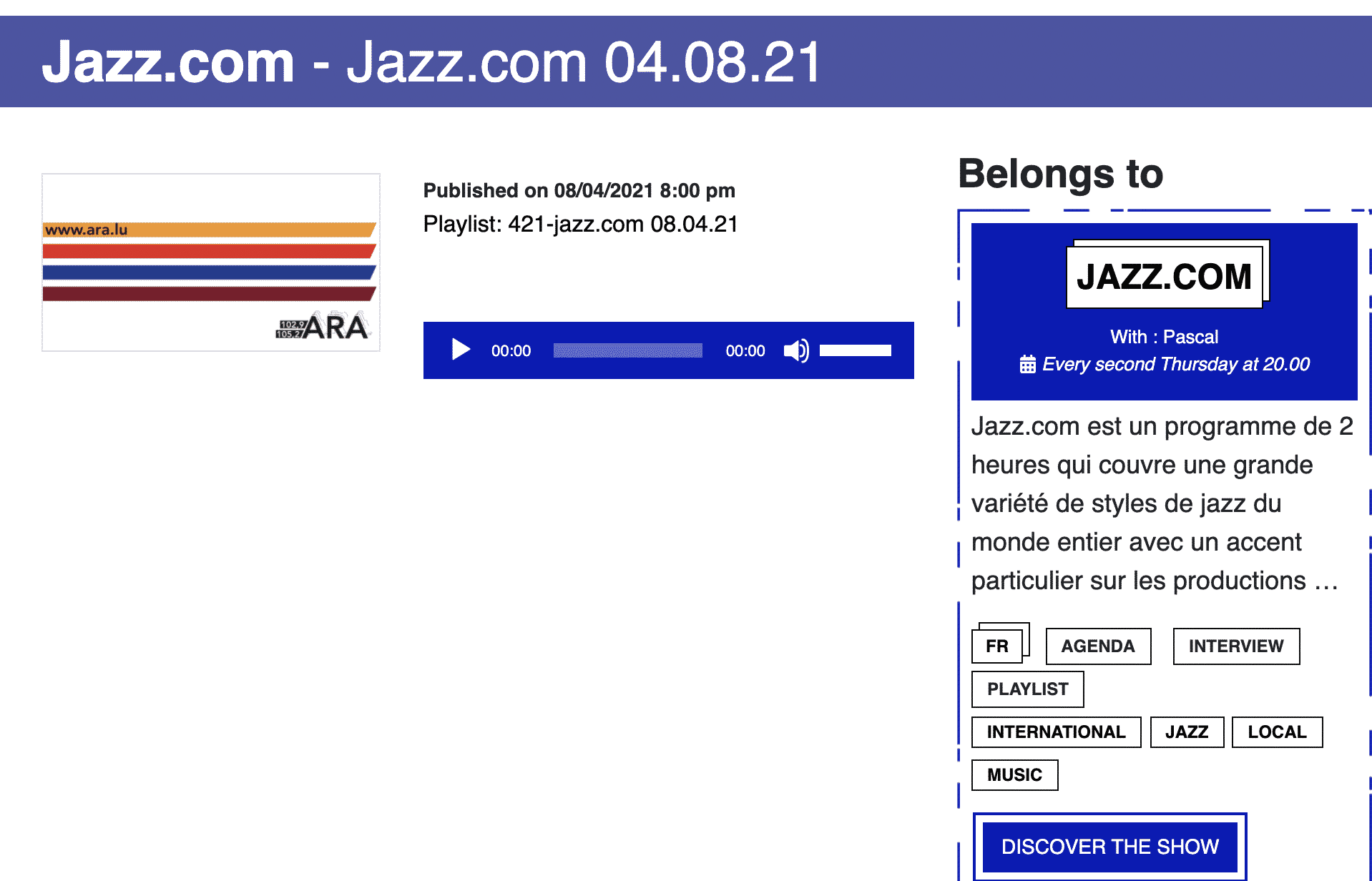 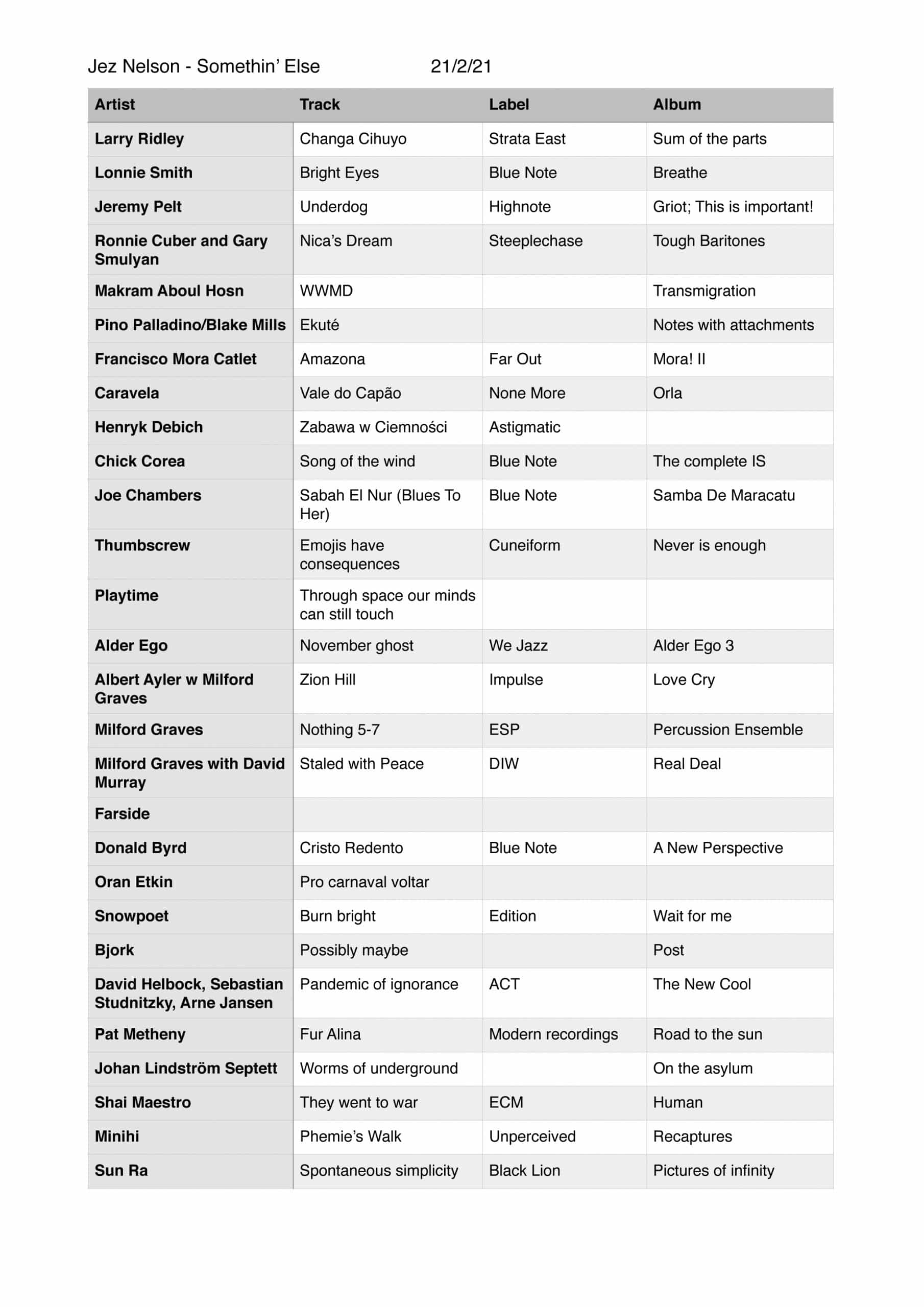 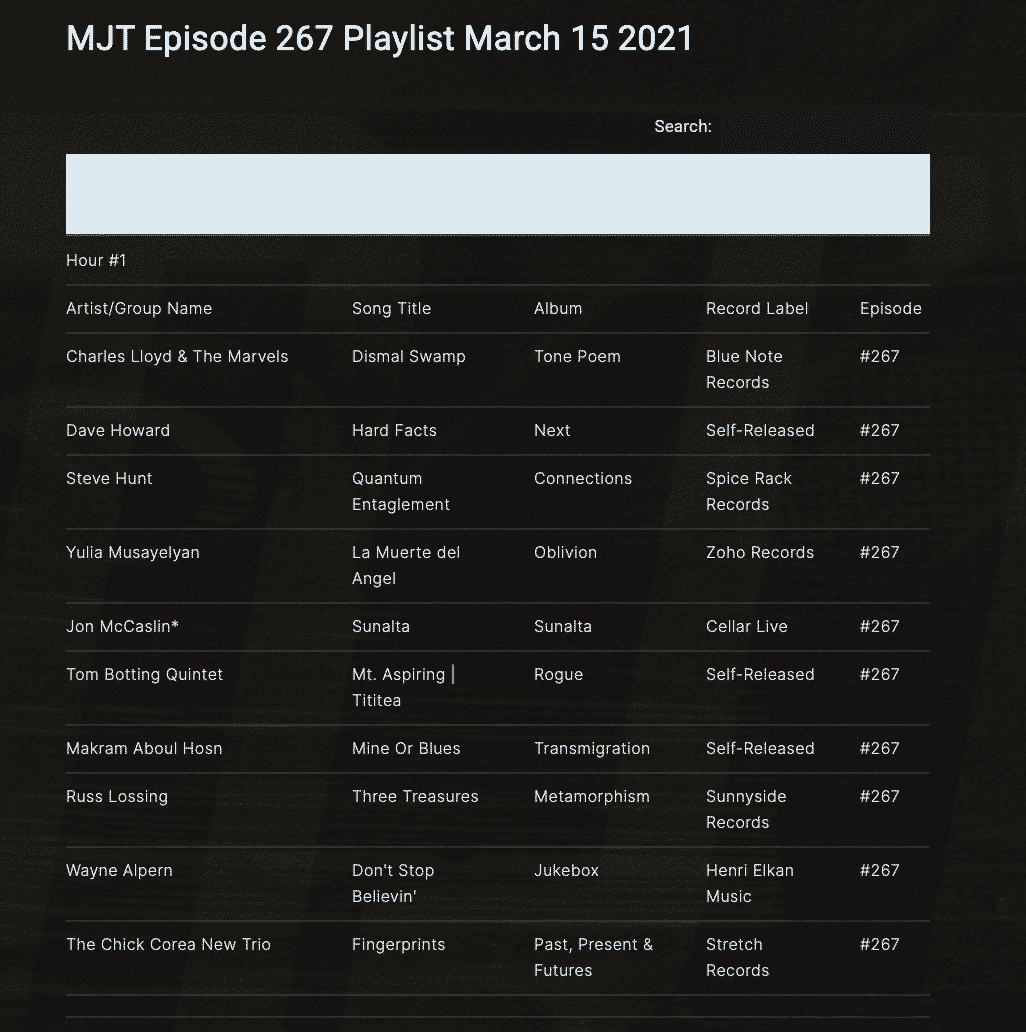 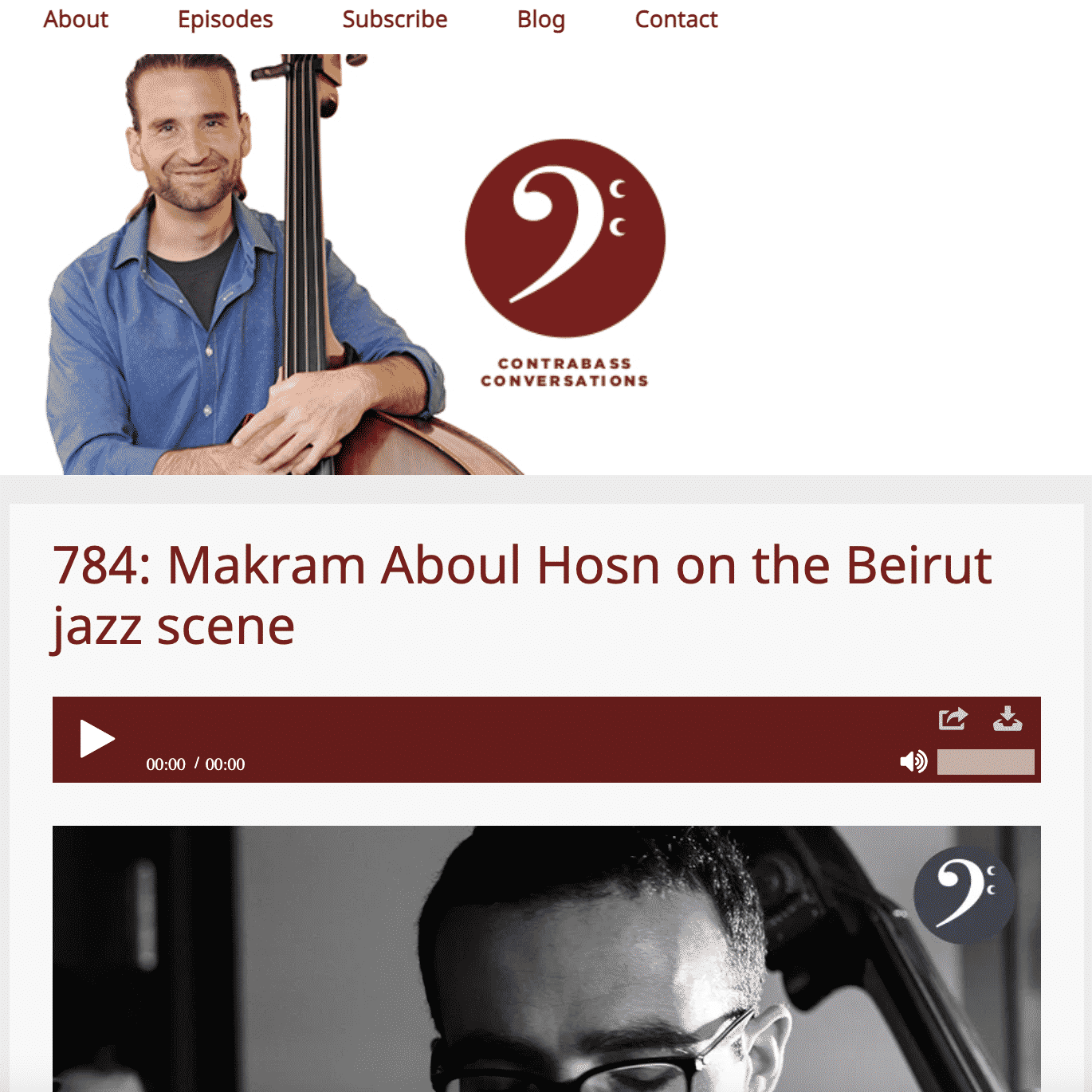 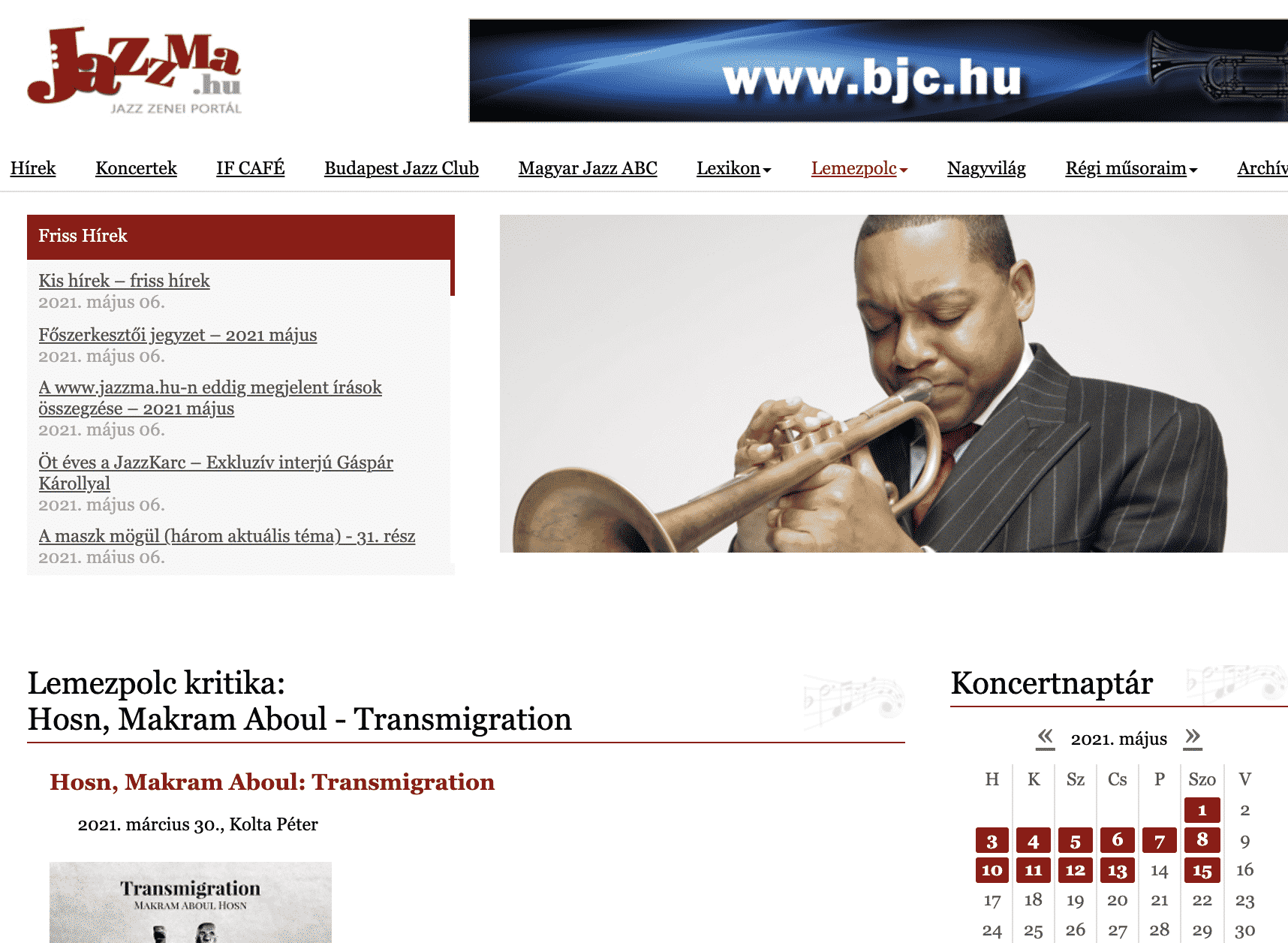