Jazz history is full of stories of established musicians presenting the next generation of talent to the world.

Still in her early 20s, Laura displays a maturity and charisma beyond her years, infusing her jazz vocals with the power of pop, soul and chanson.

This range of styles, from soulful and bluesy to punchy vocalese, paired with her original songwriting, gives a taste of modern-meets-old-fashioned which is perhaps rare on the German jazz scene.

Despite her age, Laura is well-travelled as a musician; moving from the South of Germany to study in Paris and spend time in New York & Los Angeles – the latter perhaps responsible for the glossy, Hollywood-esque strings which feature on the album.

The music is, above all, about capturing the art of storytelling and “Quiet Land“ represents Laura’s roots in Swabia; the inspiration, the magic of the city, the journey of discovery and overcoming hurdles along the way.

Even the collaboration with Jens Loh has it’s own story. The bassist, who works alongside the likes of Nils Peter Molvaer, Max Mutzke and Nils Landgren, met Laura by chance on gig in 2017. Unbeknownst to him, she’d already written lyrics to one of his songs and they hit it off.

Now, 4 years later, they present the fruits of their work together. 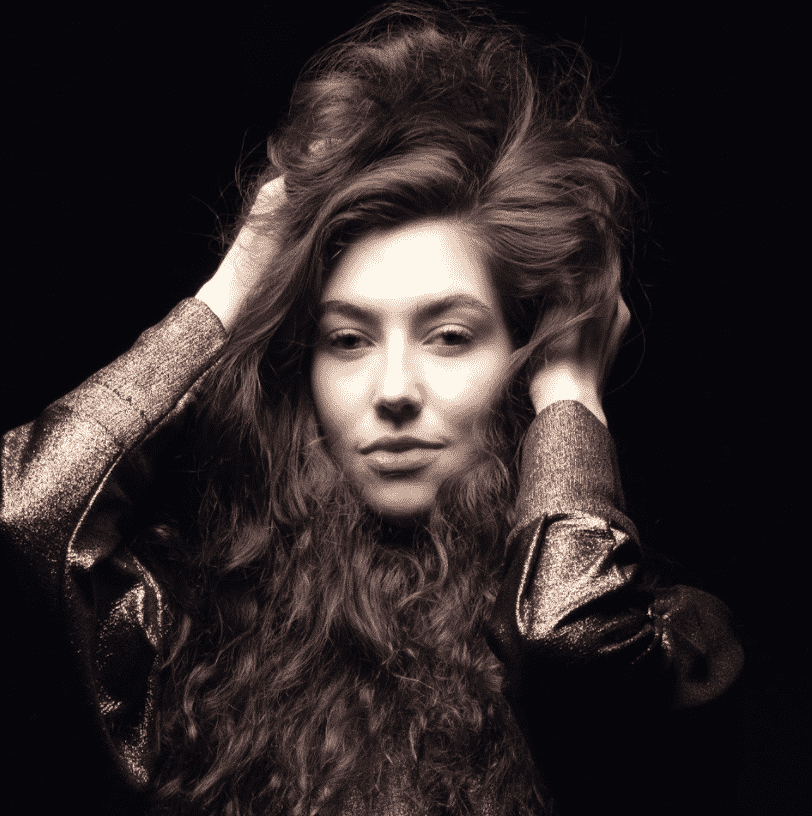 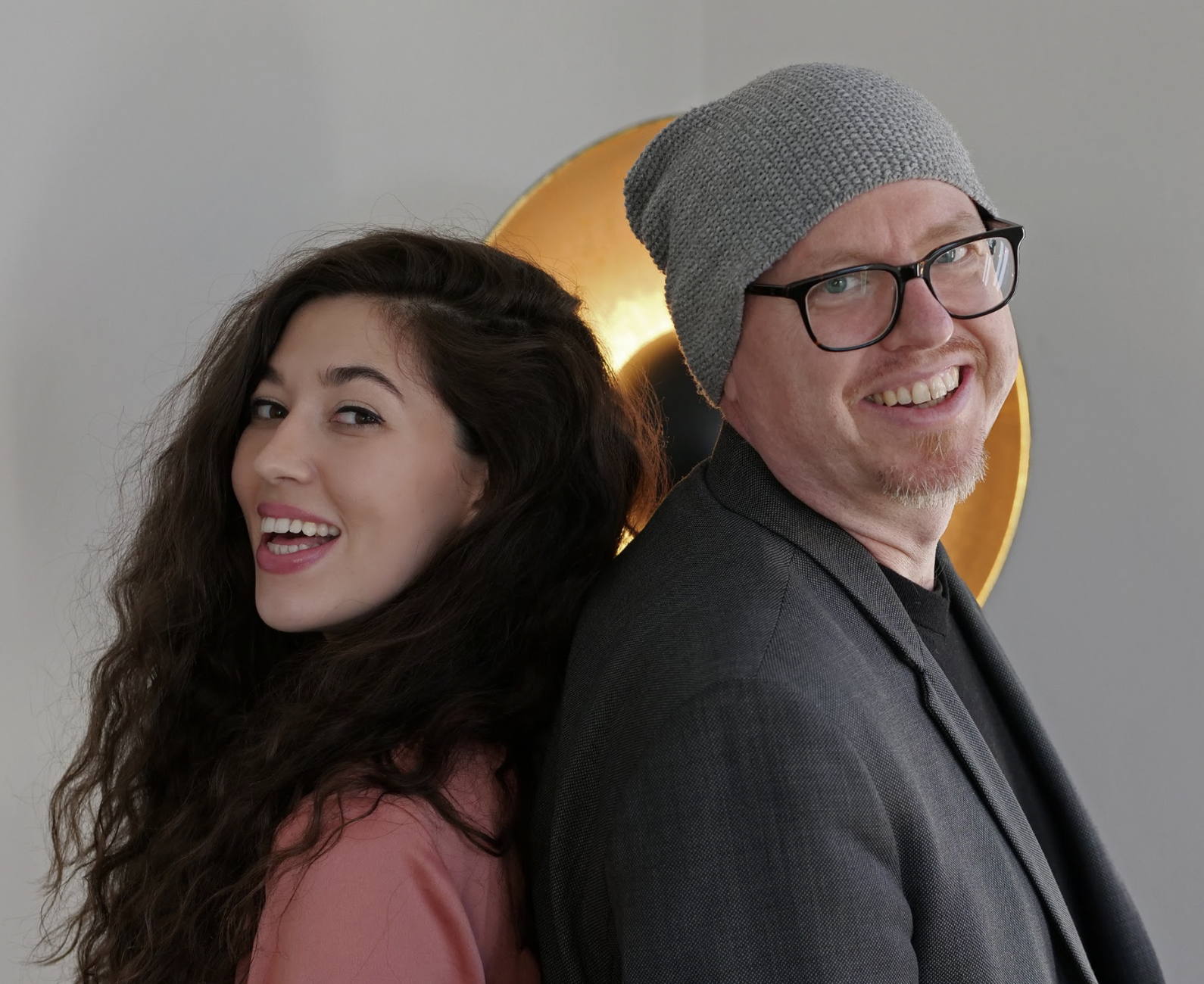 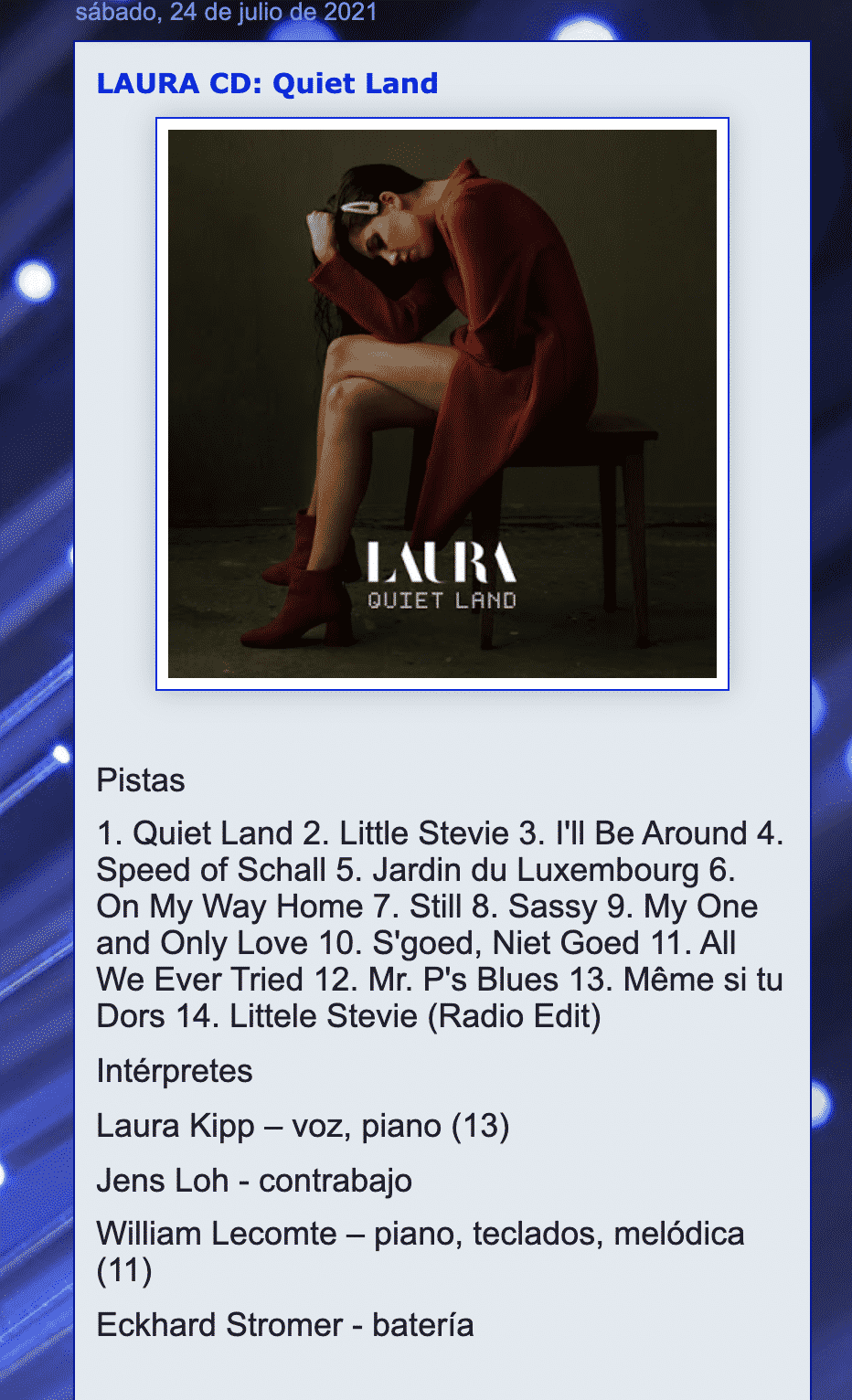 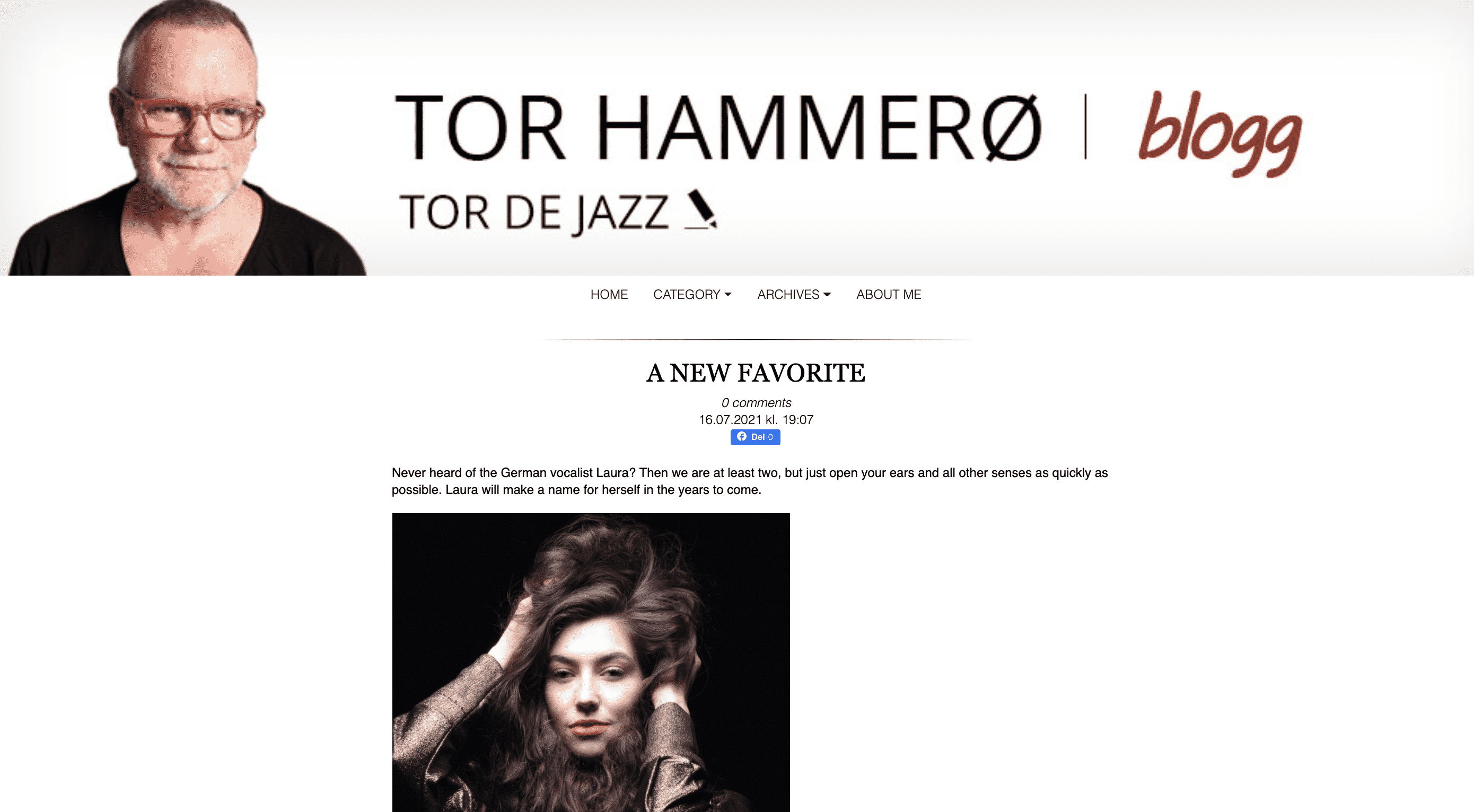 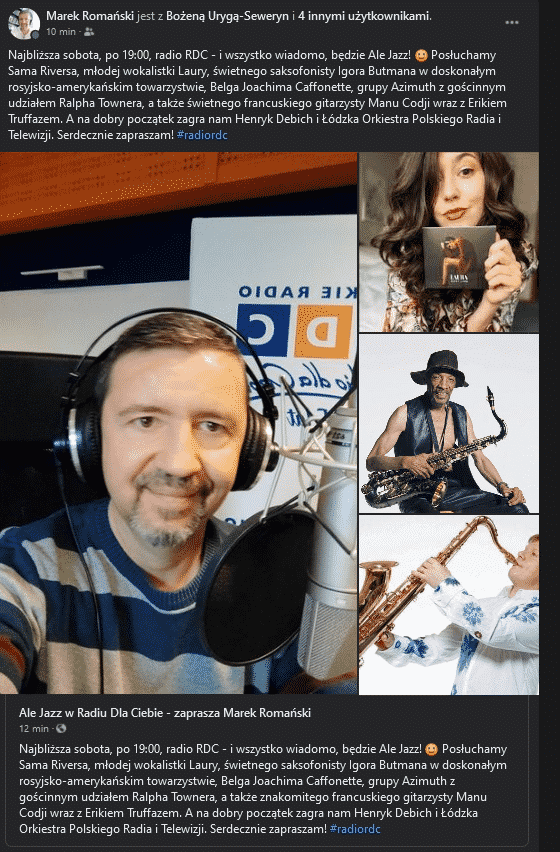 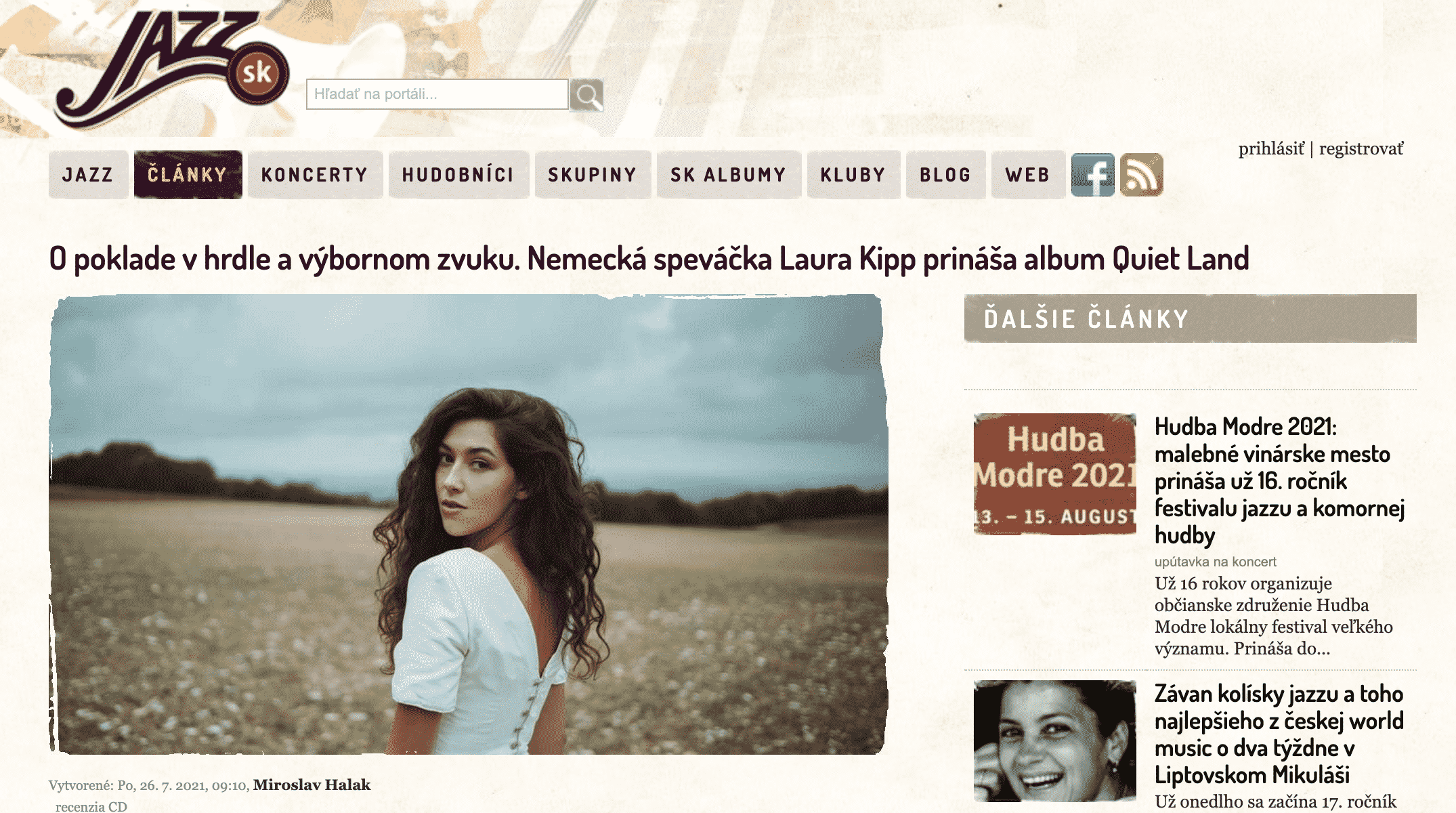 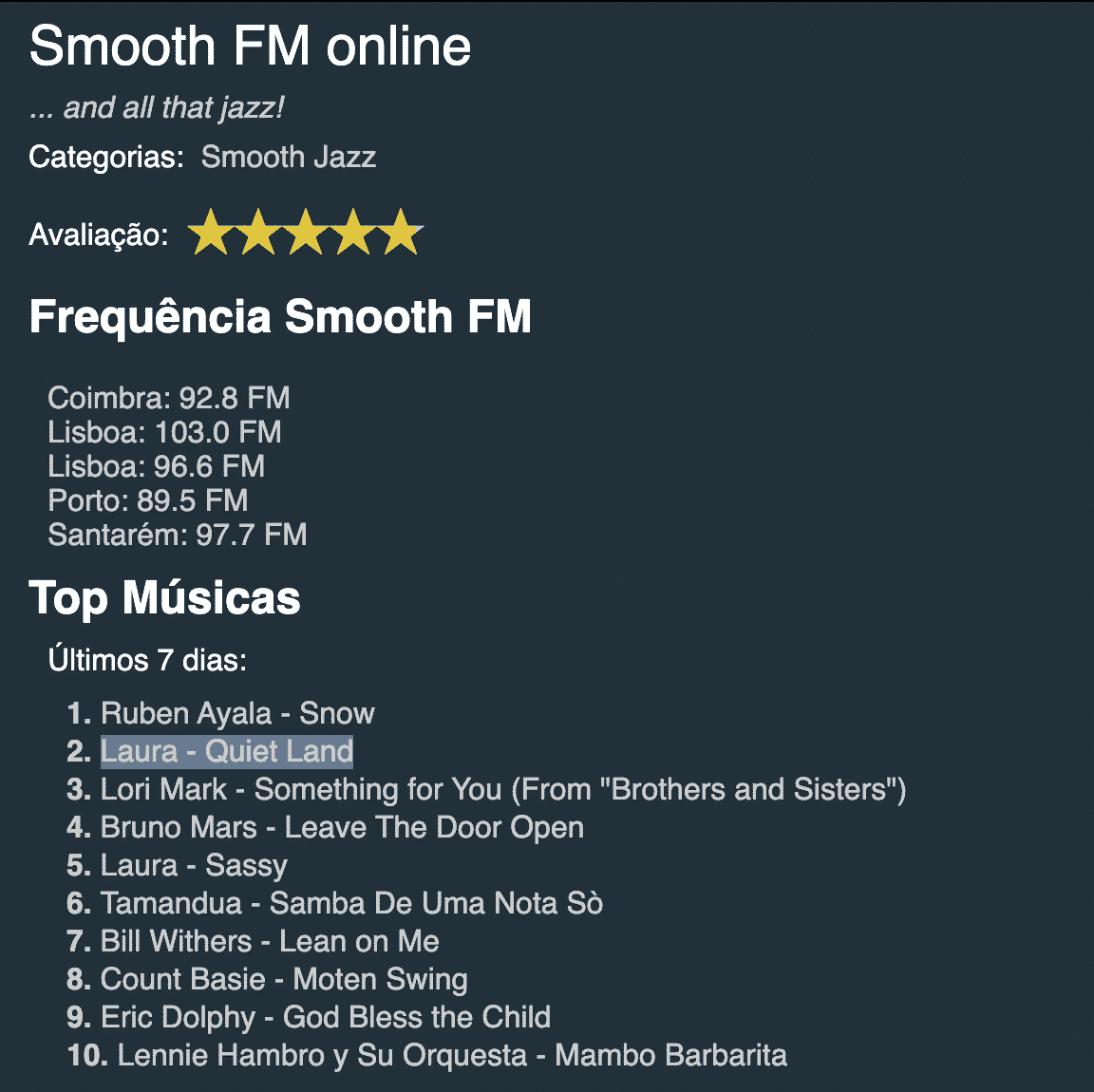 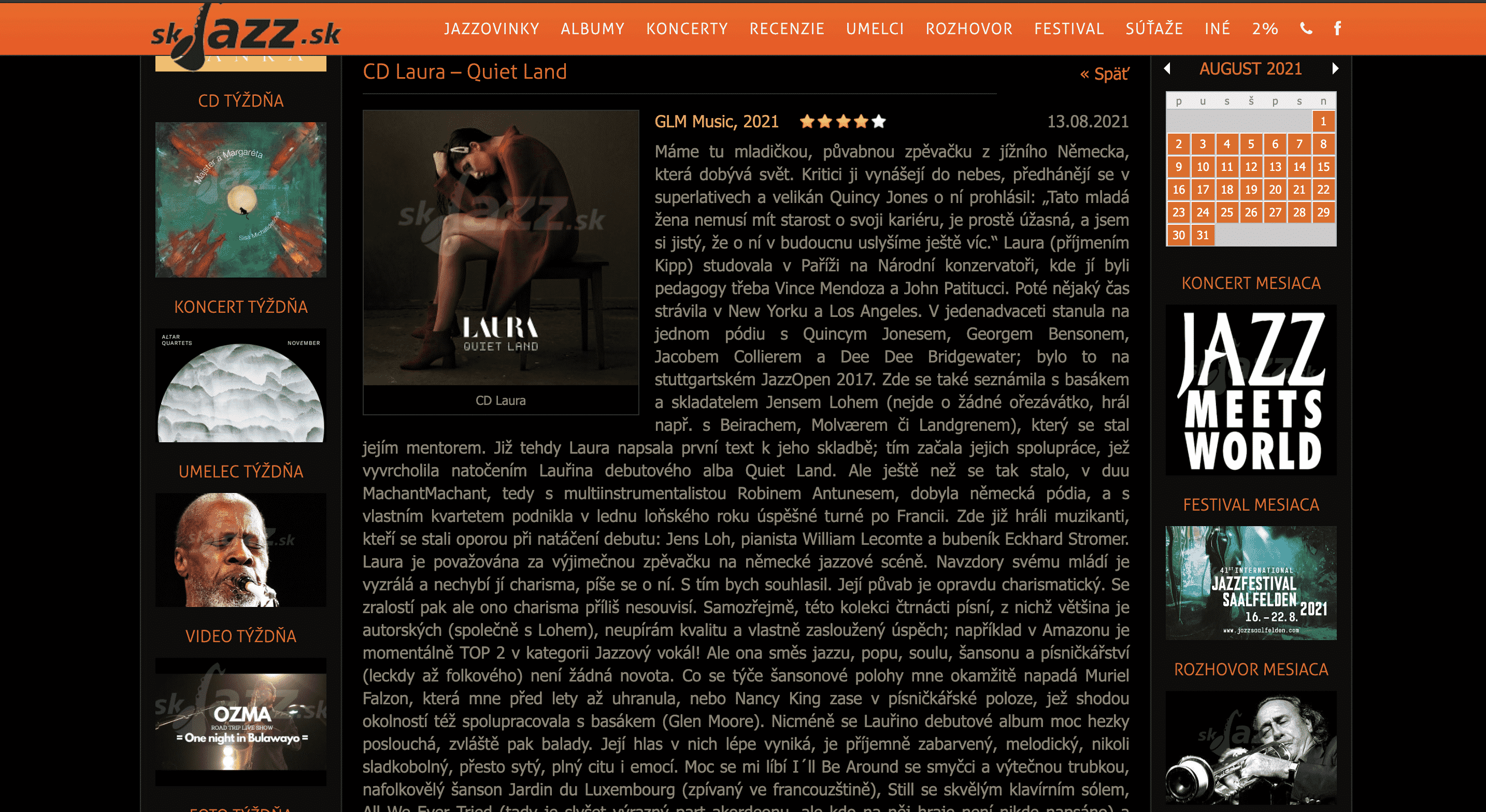 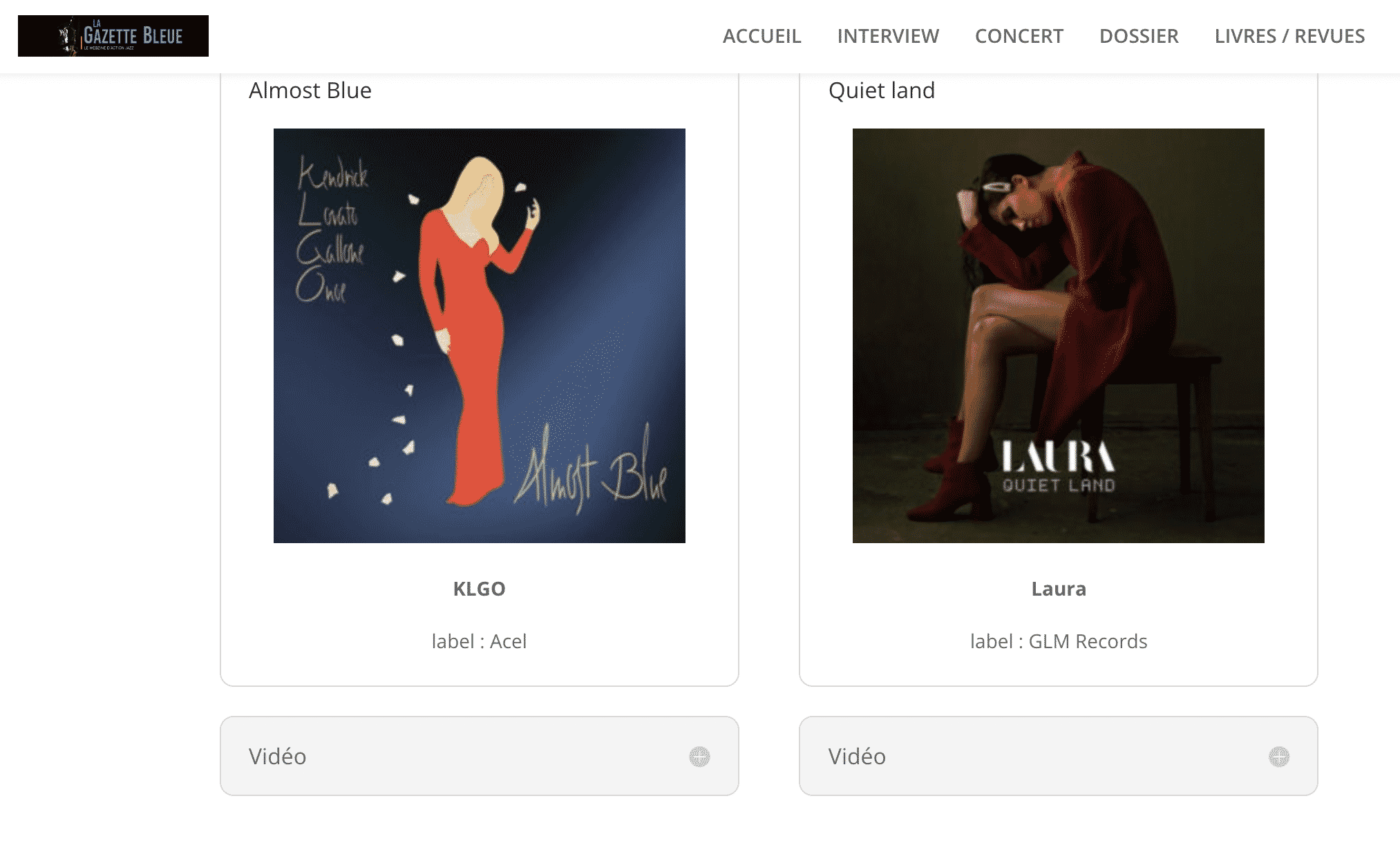