Her 4th album, Black and White, Vol. 1, features a collection of exclusively solo recordings which showcase her voice and piano skills and whose title comments on the binary concepts of ‘black’ and ‘white’ in what she feels should by now be a post-‘racial’ world. 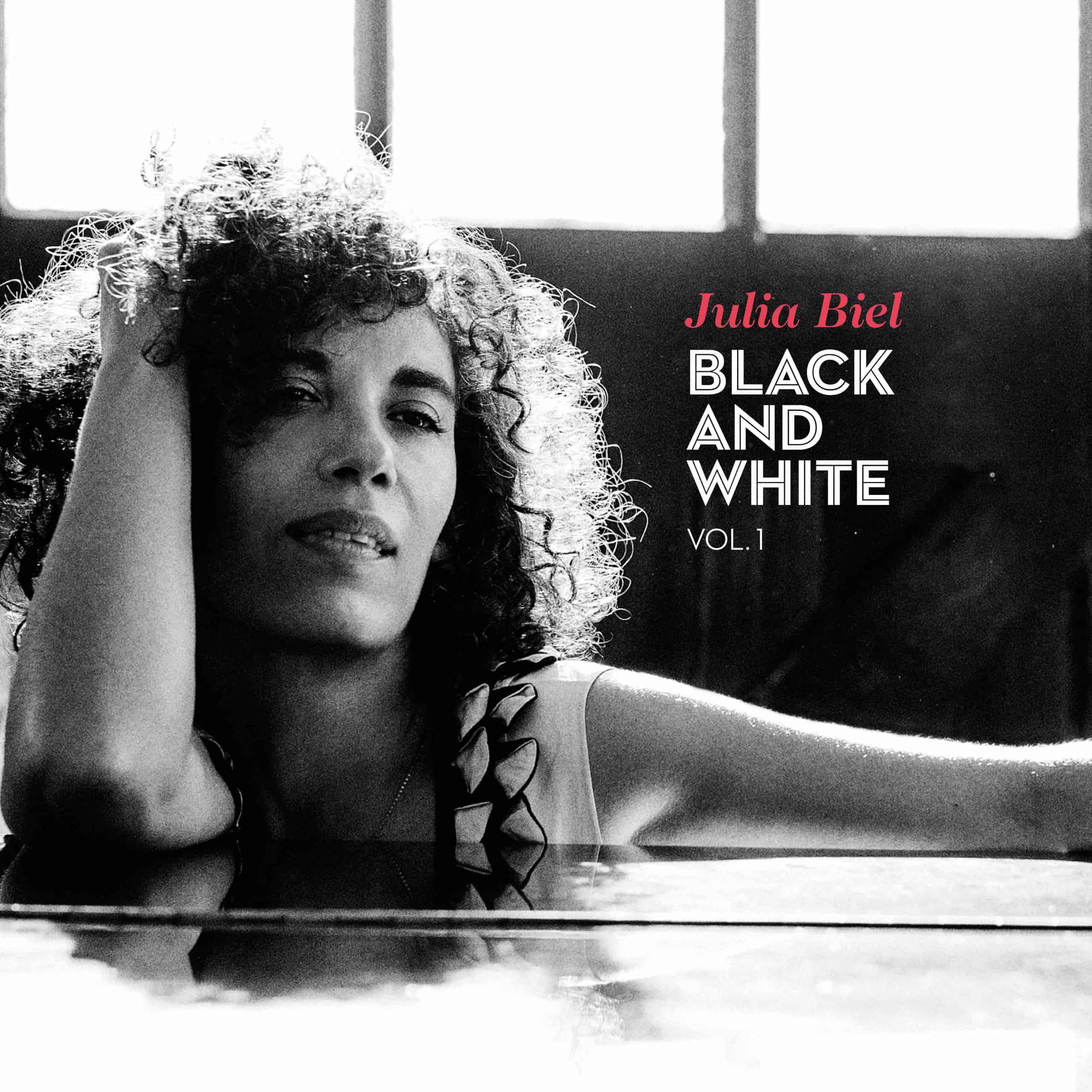 “The best British vocalist to emerge in an age” – The Independent

“a knack for penning smart intimate songs and delivering them in a voice both crystalline and dreamy”
– **** The London Evening Standard, Album of the Week

Using just the black and white keys of the piano and her very mixed ‘black’ and ‘white’ heritage, the dual British/German national with South African roots seeks to reach beyond the polarising concept of division along skin colour lines and these reductive words, to remind the listener of, and to confront them with, their own emotions. To take these two colours and transform them into a landscape of sonic colour and in the process to remind listeners of a shared humanity.

“Because on the level of shared emotion is where everyone connects,” says Julia. “Skin colour, background, political persuasion or any other societal construct should have no bearing on our ability to empathise with each other nor should these things be allowed to deny someone their right to express anything less than the full spectrum of human emotion.”

Recorded in her own studio, produced by producer/saxophonist/composer Idris Rahman (known for fronting Ill Considered, Wildflower, Soothsayers ) and mixed by Emre Ramazanoglu (whose previous mix credits include the likes of Sia and Kylie Minogue), the result is a set of intimate and raw solo recordings rendered spell-binding in large part due to hers being a voice like no other.

Unhurried and unmistakeable, dripping with emotion with every syllable, you can hear this voice unashamedly bending notes, whispering, sometimes emerging pure of tone, sometimes cracking woundedly, or soaring with wordless ad libs; liberated from artifice to be fully and freely expressive in the moment of the song being sung.

“Depth and authenticity – keywords in Julia Biel’s universe. She captivates the listener with her spell-binding voice and with an intensity that stays with you long after the music has ended.”
– MDR KULTUR

Deceptively simple songs deal with confusion, pain, insecurity, joy, the power of words, the power of love to uplift us and also to constrain us and more and are all imbued with her trademark poetic storytelling, revealing an ever sharper perspective on life and love with repeated listens.

Since her debut album release in 2005, the airy folk-jazz of the much lauded ‘Not Alone’ , Julia has carved out an individualistic career path combining her singular song- writing artistry with a jazz-informed vocal style, producing two further full studio albums as band-leader.

MOBO-nominated ‘Love Letters and Other Missiles’ (2015) and the eponymous, critically acclaimed ‘Julia Biel’ (2018) have resulted in the last few years being filled with extensive international touring, and have seen her performing headline sets with a full band right across UK, Europe and beyond at some of the biggest jazz festivals in the world.

But whether headlining Zorlu PSM Festivali in Turkey or opening for Bob Dylan in Stuttgart, she would return each time to her native Britain and find it increasingly in turmoil and divided, often finding herself struggling to find her place within it.

“As a nation I think we are going through a period of learning what happens when we don’t fully understand our own part in a shared global history and how that will play out is yet to be seen. I’m not saying resolving this stuff is easy but in my view it all begins and ends with the commonality of the human experience. If we can hold onto that and connect to some real emotion in our own selves then we stand a chance of acknowledging a shared humanity and recognising the equal value we all bring to this world.”

“Julia Biel excels in the consummate art of immersing herself in the moment to serve the song – bringing together Billie Holiday, Chet Baker, Amy Winehouse… and she doesn’t need the drugs”
– André Manoukian, France Inter 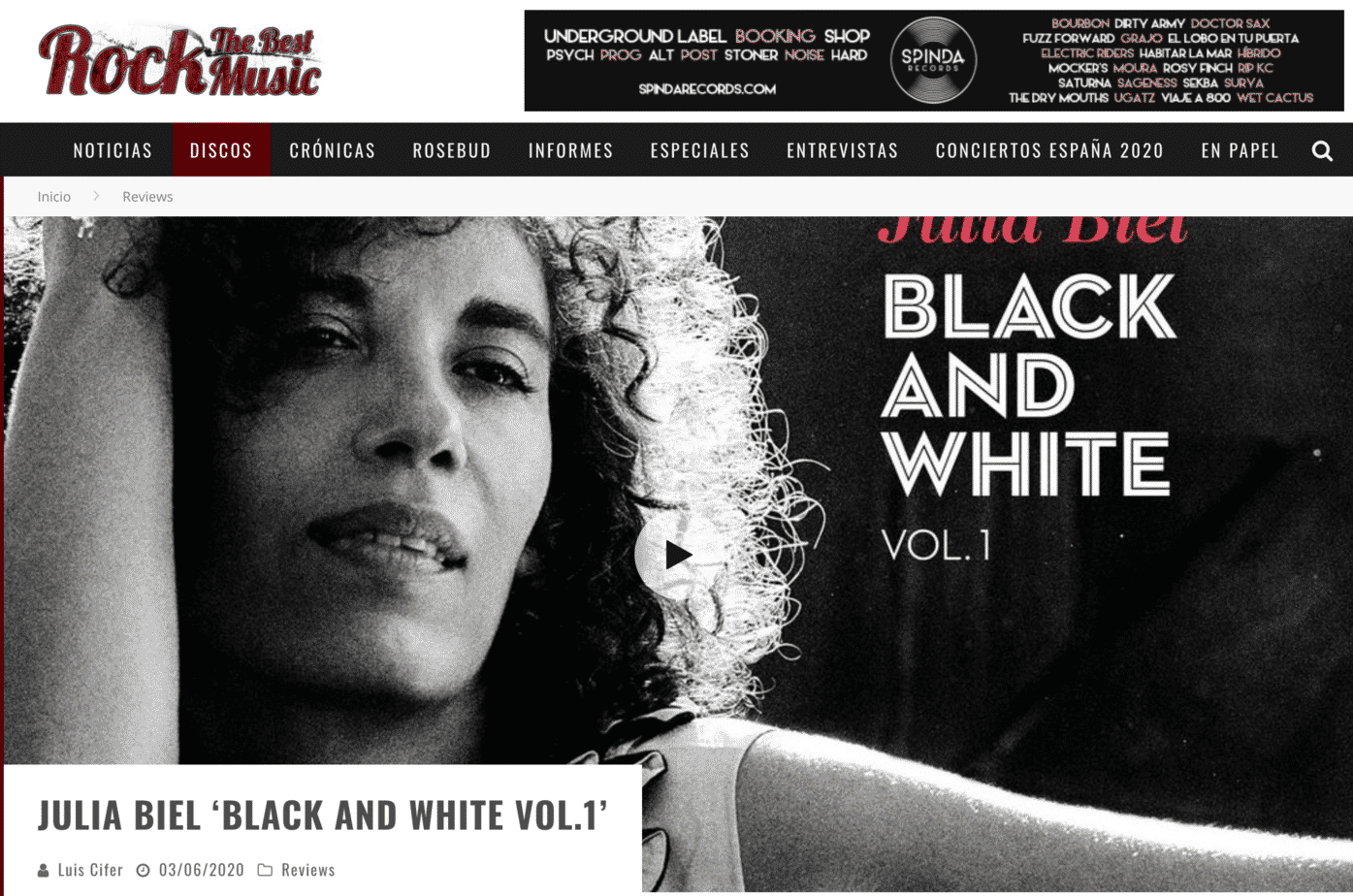