Rising-star Italian bassist Ilaria Capalbo tells the story of the ancient Mediterranean city of Karthago with her debut release as a bandleader.

Eight original compositions, infused with both jazz tradition and contemporary improvisation, are inspired by the once-powerful metropolis of Karthago, ruled by a legendary queen but doomed by its proximity to Rome.

Based in Stockholm, Ilaria has earned her stripes on the international jazz scene as a versatile musician, co-leading the critically acclaimed Italian trio KÓSMOS, alongside Fredrik Nordström in the group DOLORES and in Blue Note/Verve pianist Chihiro Yamanaka’s European trio.

Equally at home laying down hard-swinging lines as playful free improvisation, she brings the album alive with the help of some of the most creative musicians on the Swedish scene who, between them, have worked extensively with artists including Bobo Stenson, Magnus Öström, Lars Danielsson, Daniel Karlsson & Joakim Milder.

Andreas Hourdakis (guitar) and Fredrik Rundqvist (drums) join Ilaria as the bedrock of the album, with a delicately-orchestrated cast in front: Thomas Backman and Fredrik Nordström lead on reeds, with a guest appearance from Tobias Wiklund (cornet) and Mats Äleklint (trombone).

Taking us to the crossroads of jazz & modern classical music, Karthago showcases Ilaria not just as a talented musician (reminiscent of bass greats Percy Heath and Eddie Gomez according to All About Jazz) but as a bandleader and composer skilled at assembling just the right cast of musical personalities to tell a story.

Come for the trip to Ancient Carthage, but stay for the cohesive riffing and fearless improvisation! 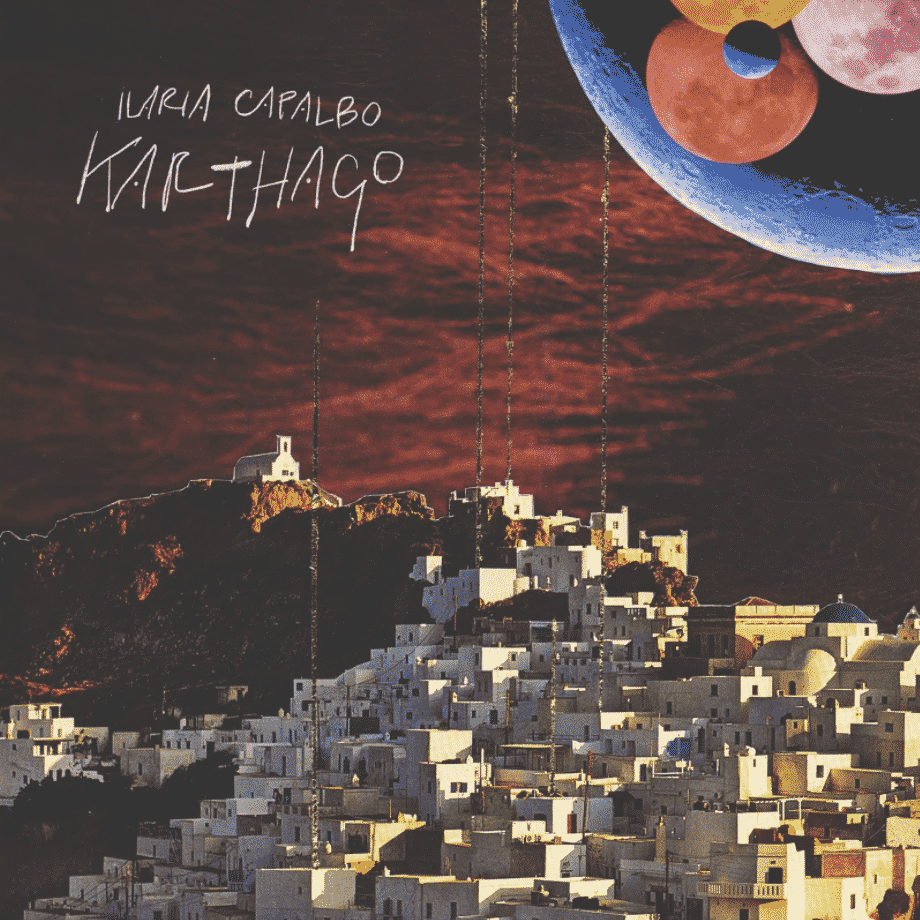 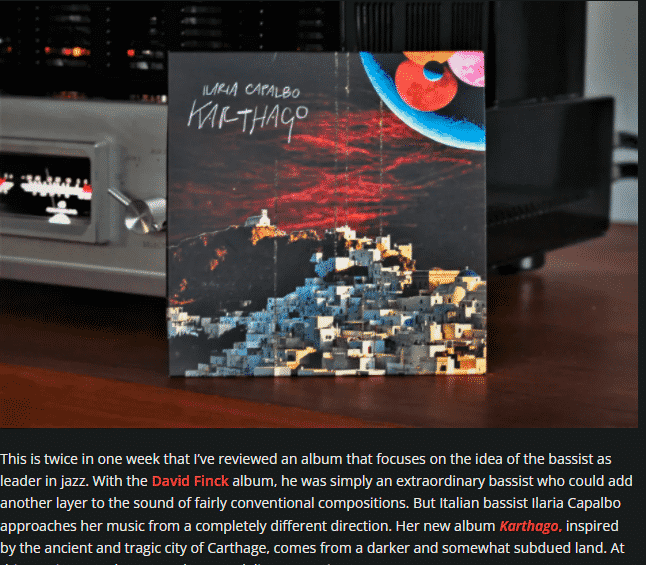 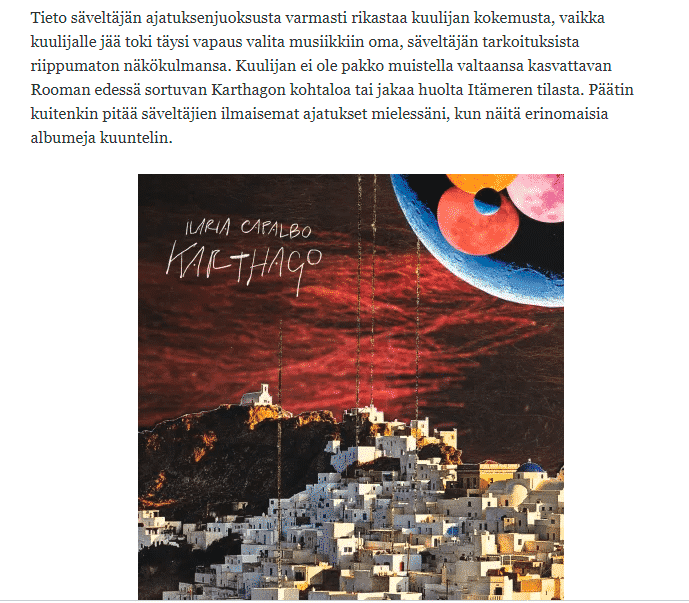 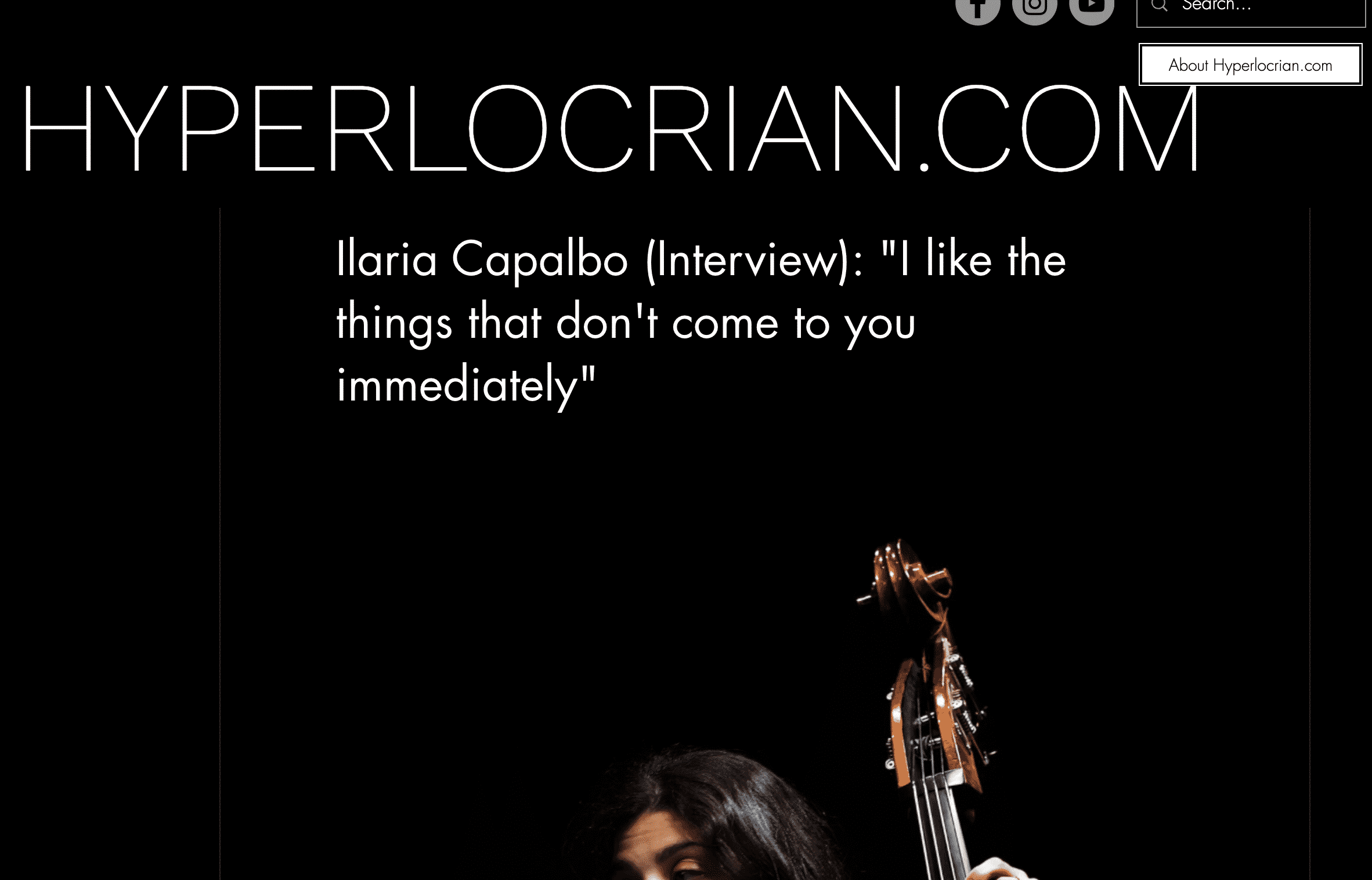 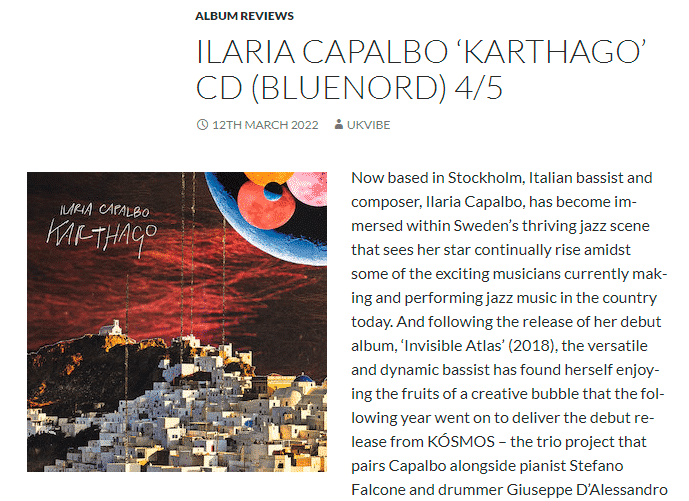 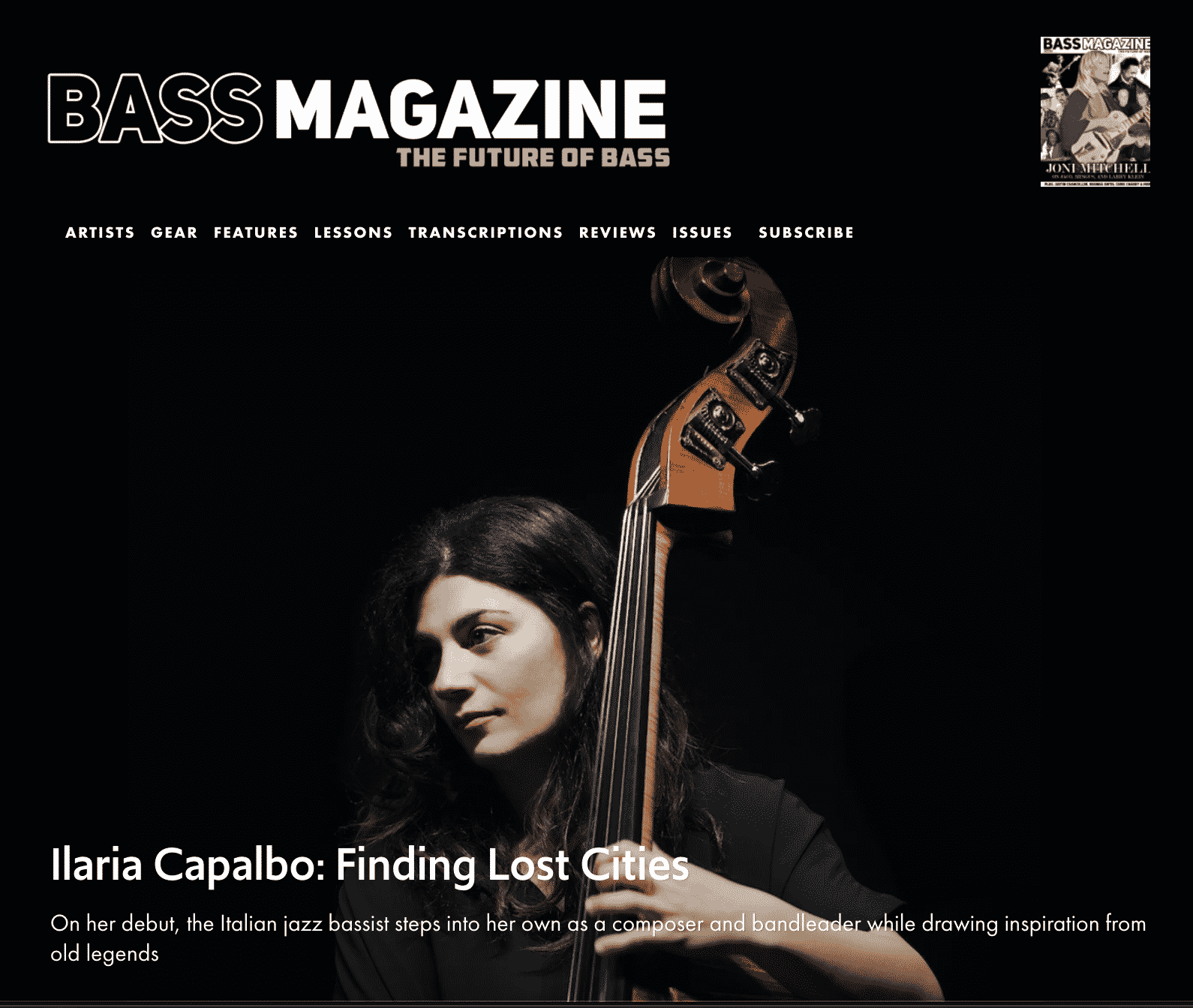 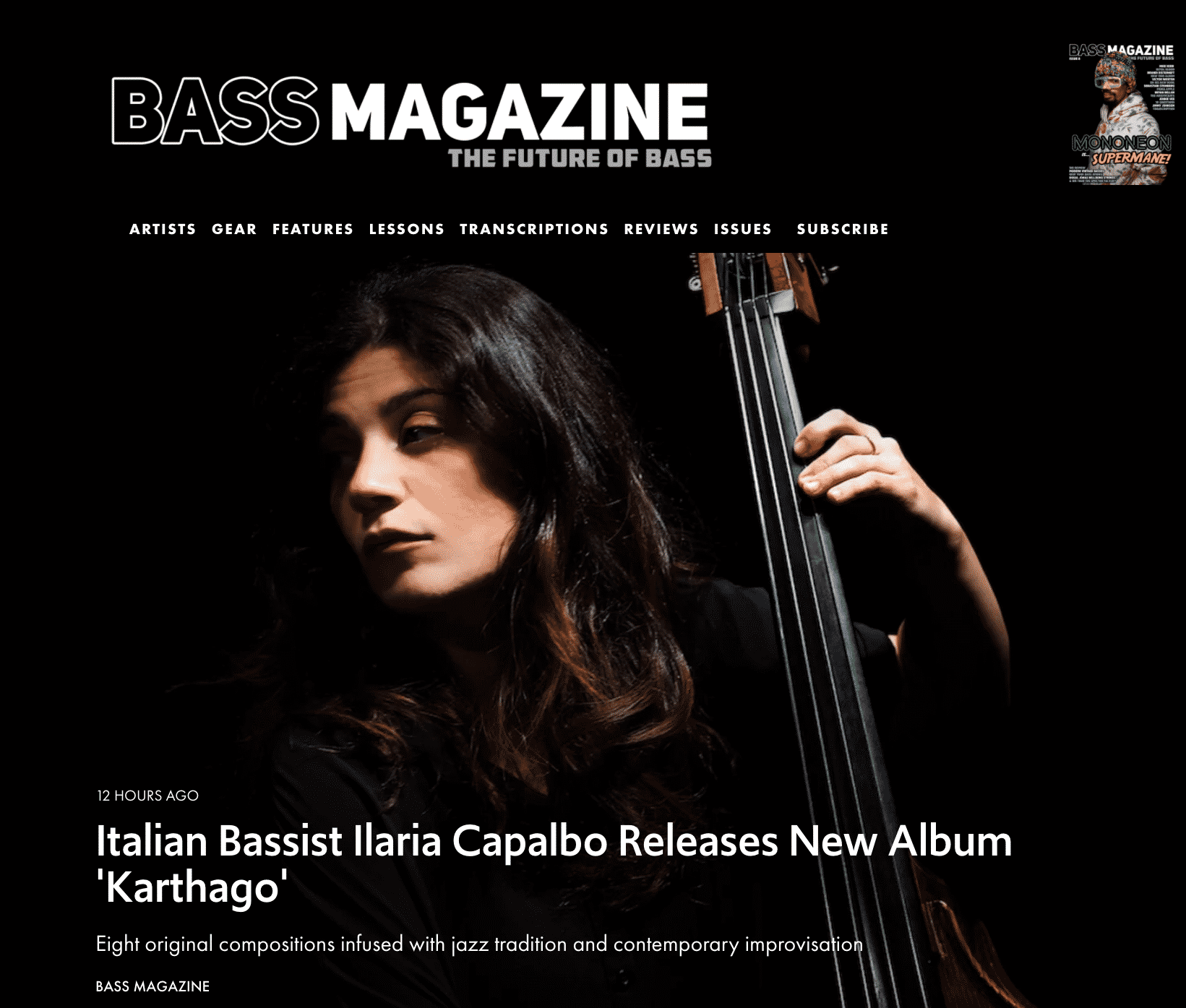 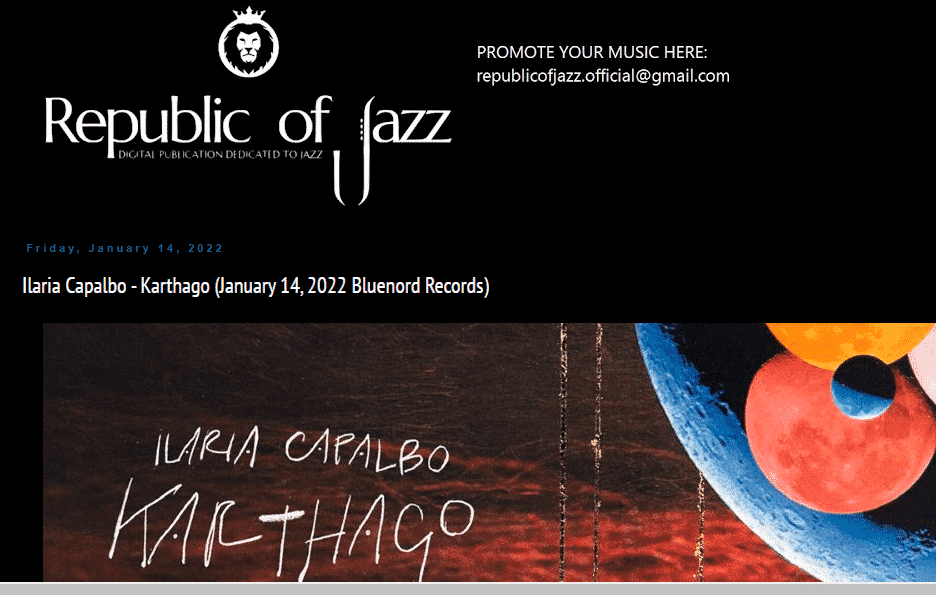 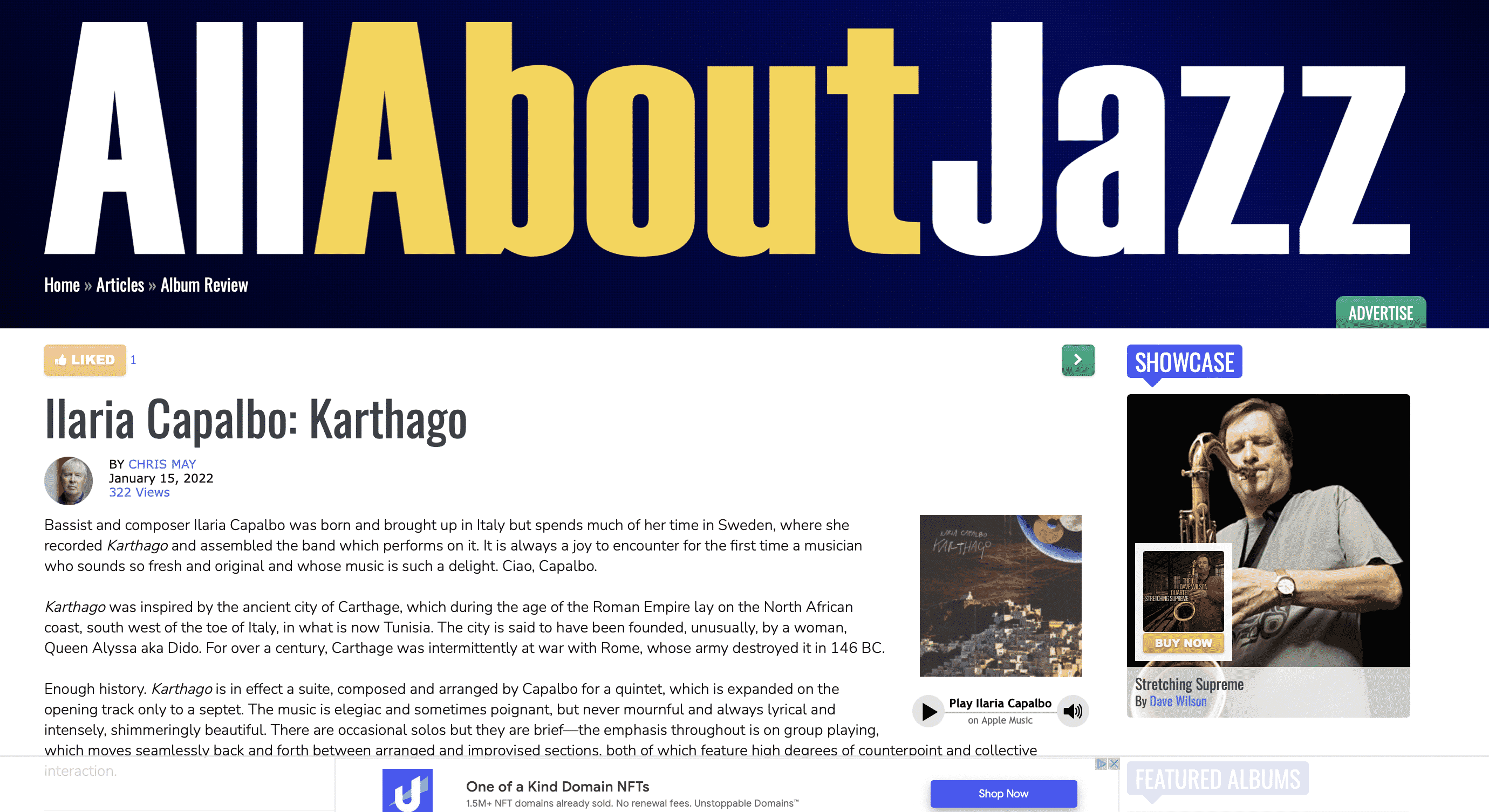 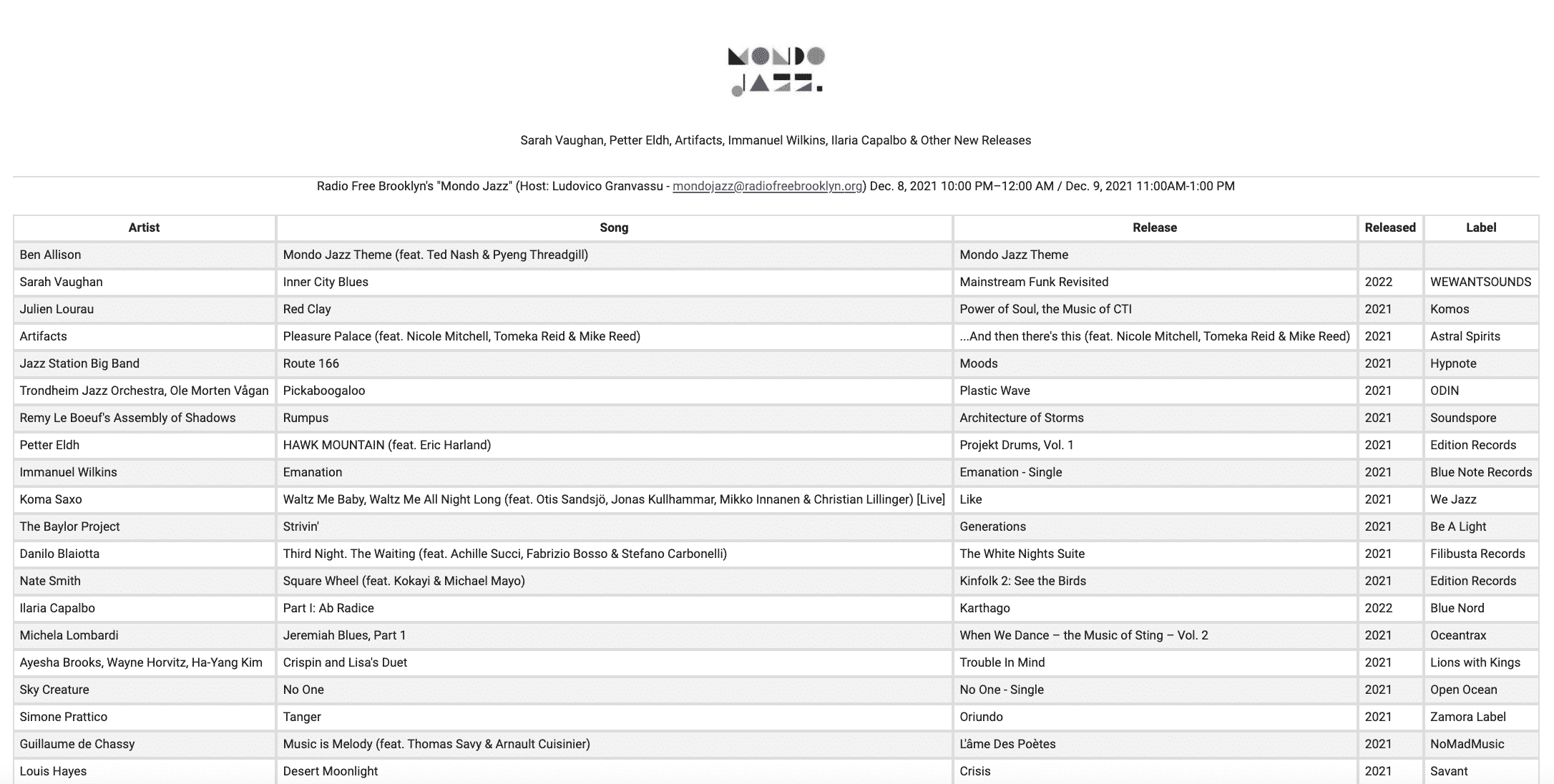 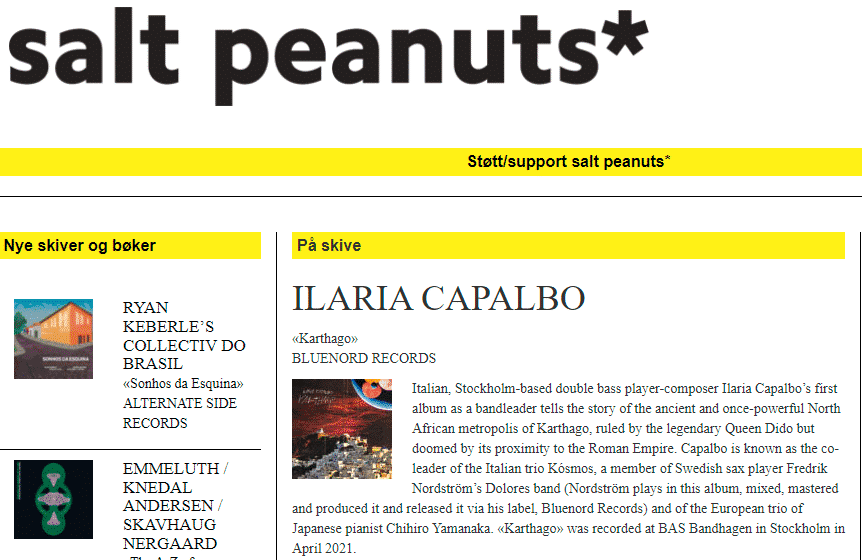 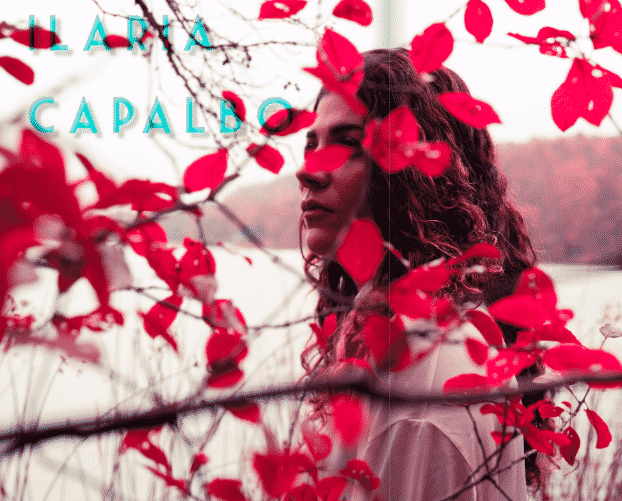