The album is the follow up to the band’s 2015 release Live at Le QuecumBar, and features a programme – all composed jointly by the two guitarists – that combines their popular brand of Gypsy jazz with the influences of bebop, Latin and Mediterranean music. 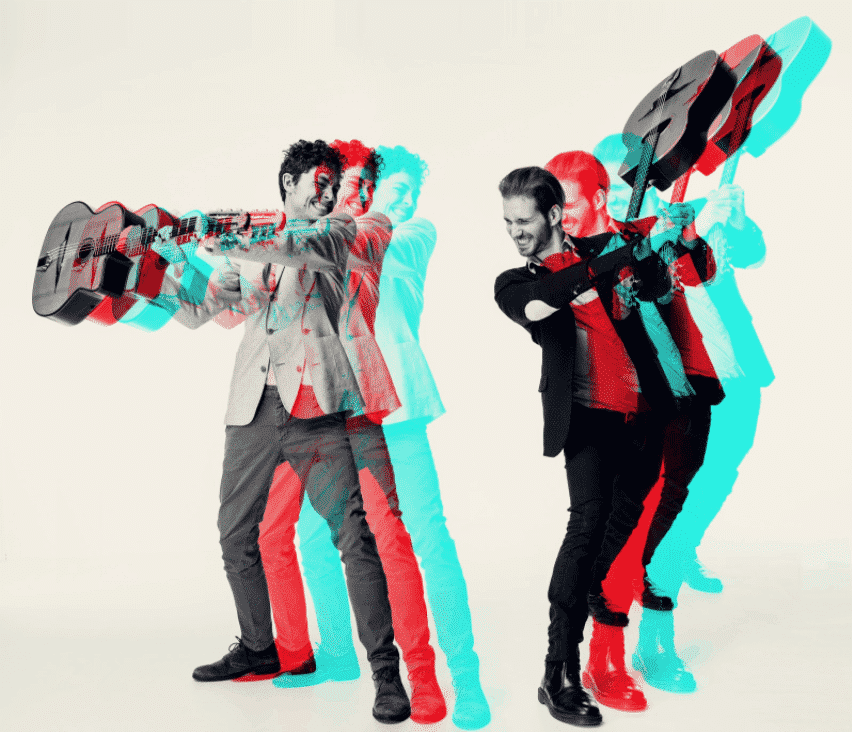 The virtuosic guitarists are joined by double bassist Umberto Calentini throughout, plus guest singers Dominique Durner and Francesca Confortini on the bitter-sweet vocal duet “Laugh Often”.

Gypsy Dynamite, one of the UK’s most charismatic and busiest bands, was originally formed as a duo by Giulio Romano Malaisi and Filippo Dall’Asta in London in 2012.

As well as performing regularly in the UK, they have toured in France, Italy, Malta and Russia, and have played at many illustrious venues including the Houses of Parliament, Brasserie Zédel, Tower of London, Union Chapel, Brasserie Toulouse Lautrec, Le QuecumBar, The Forge, The Hideaway and the Green Note.

They often team up with special guests, inviting some of the best musicians from London’s jazz scene, and expanding their lineup to include as many as six players.

After recording their 2015 record Live At Le QuecumBar, they are now releasing their first album of original music, Cafe Dynamite: 10 tracks that bring to life Filippo and Giulio’s influences of Gypsy Jazz, Bebop, Latin and Mediterranean Music.