Acclaimed harpish Evelyn Huber joins the Salzburg Philharmonie with conductor Elisabeth Fuchs for a high-octane trip through the Spanish-speaking world, and beyond, on her upcoming album JOY (March 25th, GLM Music).

Widely respected as a new generation harpist actively striving to free the instrument from its corset of classical music, the album is a recorded celebration of her vibrant influences, long term collaborators, and widespread touring career.

A collection of music dear to Huber’s heart, the album is comprised of original compositions by Spanish Film music master Alberto Iglesias, Huber’s longtime collaborator Wolfgang Neumann, Munich composer Willi März, and most notably by Huber’s mentor, teacher and friend, American harpist Deborah Henson-Conant, whom Huber cites as a major influence and source of inspiration. The latter’s 3-part suite Soñando en Español forms the centre-piece of the album and pays tribute to the artist with whom Huber studied as a young musician.

“After graduating with my master’s degree, I afforded myself the luxury of staying at Deborah’s neighbor’s house in Boston/USA for six weeks, where the jazz harpist I so admired put down her harp and worked with me every day.”

Having spent 12 years of her career touring with Germany’s leading World Music ensemble, Quadro Nuevo, Huber attributes her affinity for flamenco, South American music, world music, and spontaneity to her experiences performing around the world.

It’s through her work with Quadro Nuevo that Huber began a friendship with Elisabeth Fuchs, principal conductor of the Philharmonie Salzburg and the second creative force behind Joy.

Two original compositions, Lavandel and Nilade, are also featured on Joy. Composed during her worldly travels, the former captures the memory of a magical moment on the rocky shores of Corsica, while the latter captures impressions of an inspiring concert tour through Egypt. 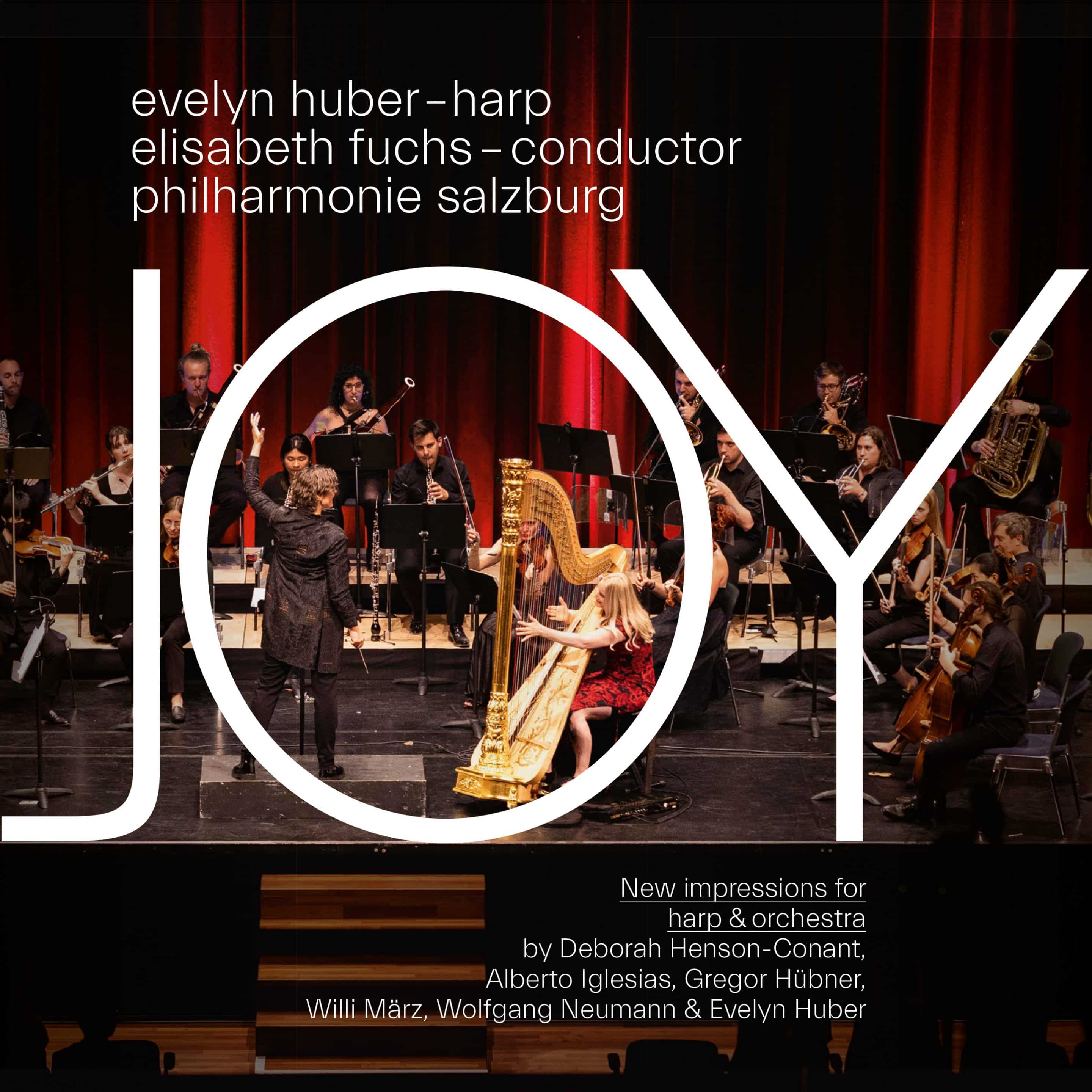 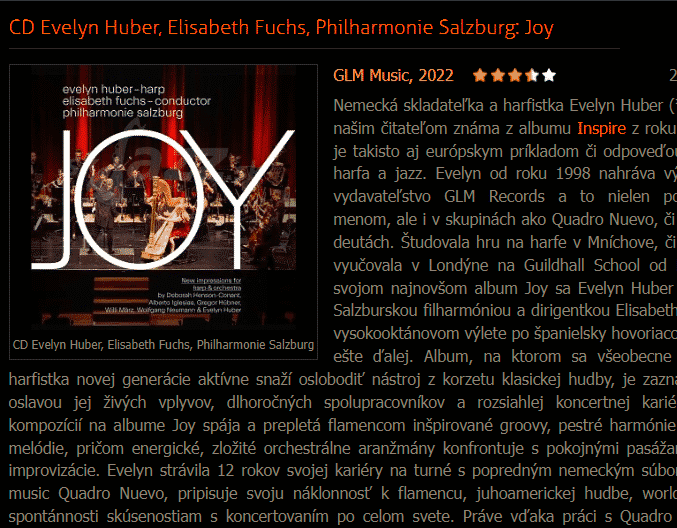 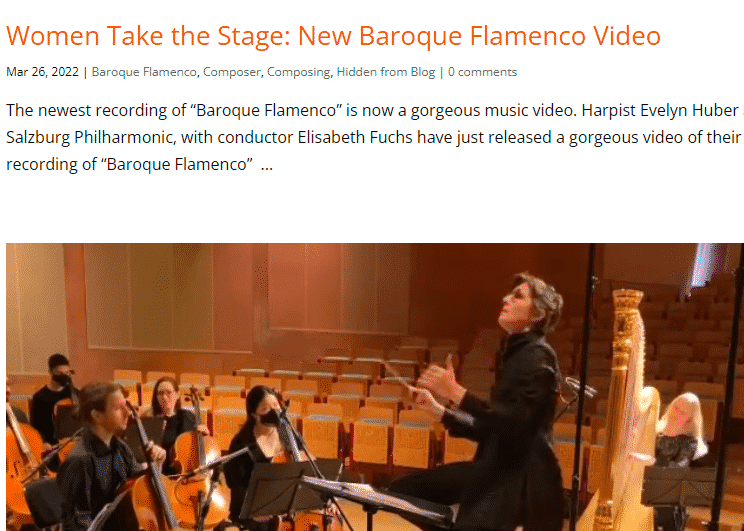