At a time of remote recording sessions and special guest stars, the album is a refreshing example of the sensitivity and closeness that’s possible when a group of musicians spend serious amounts of time together.

Born out of an extensive touring schedule, the eight musicians bring a level of commitment to both the music and each other that can’t be feigned.

The songs – nine originals and the jazz standard Taking A Chance On Love – are arranged as a group and play to the strengths of each individual personality.

“We had such a relaxed atmosphere in the studio and every musician had the freedom to contribute their own thoughts and ideas.”

This group mentality was so important that whilst Palmberg and pianist Anton Dromberg co-lead the recording, he credits all eight as co-producers on the project.

It’s not just the music that captures that special place where the magic happens. The album was recorded in the Tullinge suburb of Stockholm which sits in between the centre of the county’s biggest city and the wealth of untouched forests and lakes Swedish nature has to offer.

“The music signifies a feeling of closeness. It’s about being in the present, and being open to enjoy the world around you while letting your imagination run free.”

Or is it the in-between style that the album title refers to? Its ten tracks embrace the bandleader’s Nordic roots whilst remaining firmly rooted in the jazz tradition. Even his playing blurs the lines between the intricate lines of Miles and Freddie Hubbard, alongside that more expansive European jazz sound championed by the likes of Kenny Wheeler and Enrico Rava.

However the album is interpreted, it presents a beautiful snapshot of eight jazz musicians completely at home with each other and the music they present.

“Fresh and crisp, yet steeped in jazz tradition!”
– All About Jazz 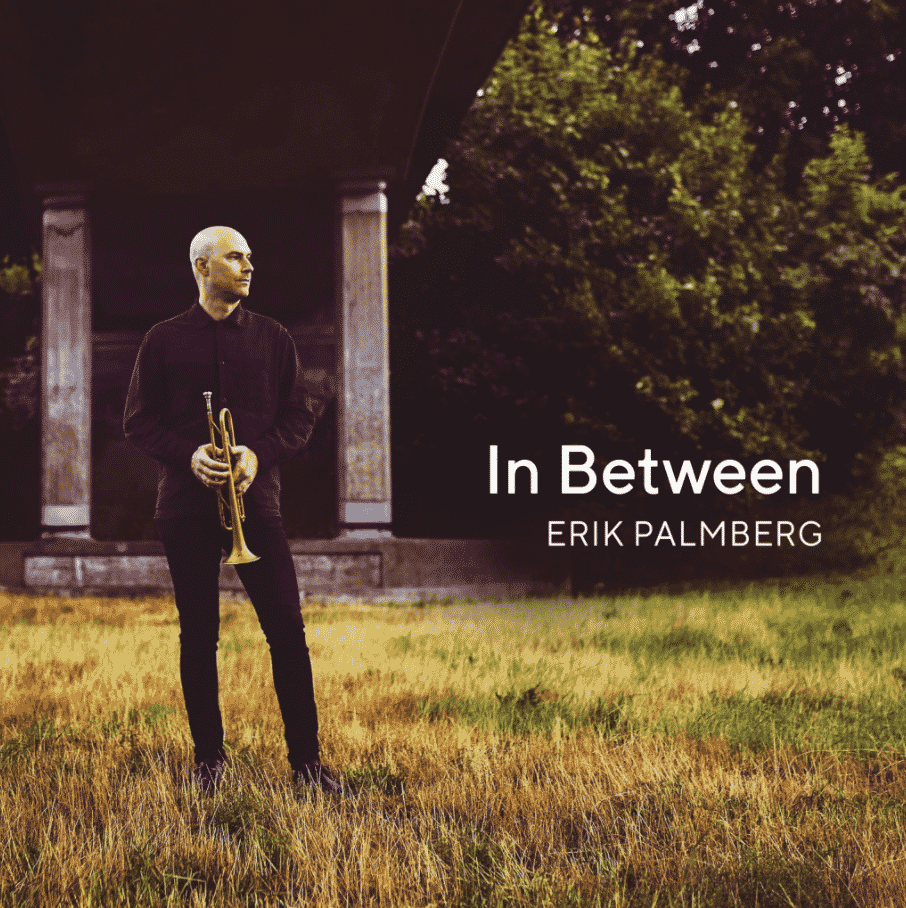 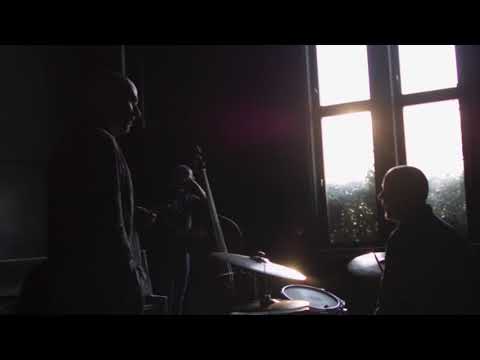 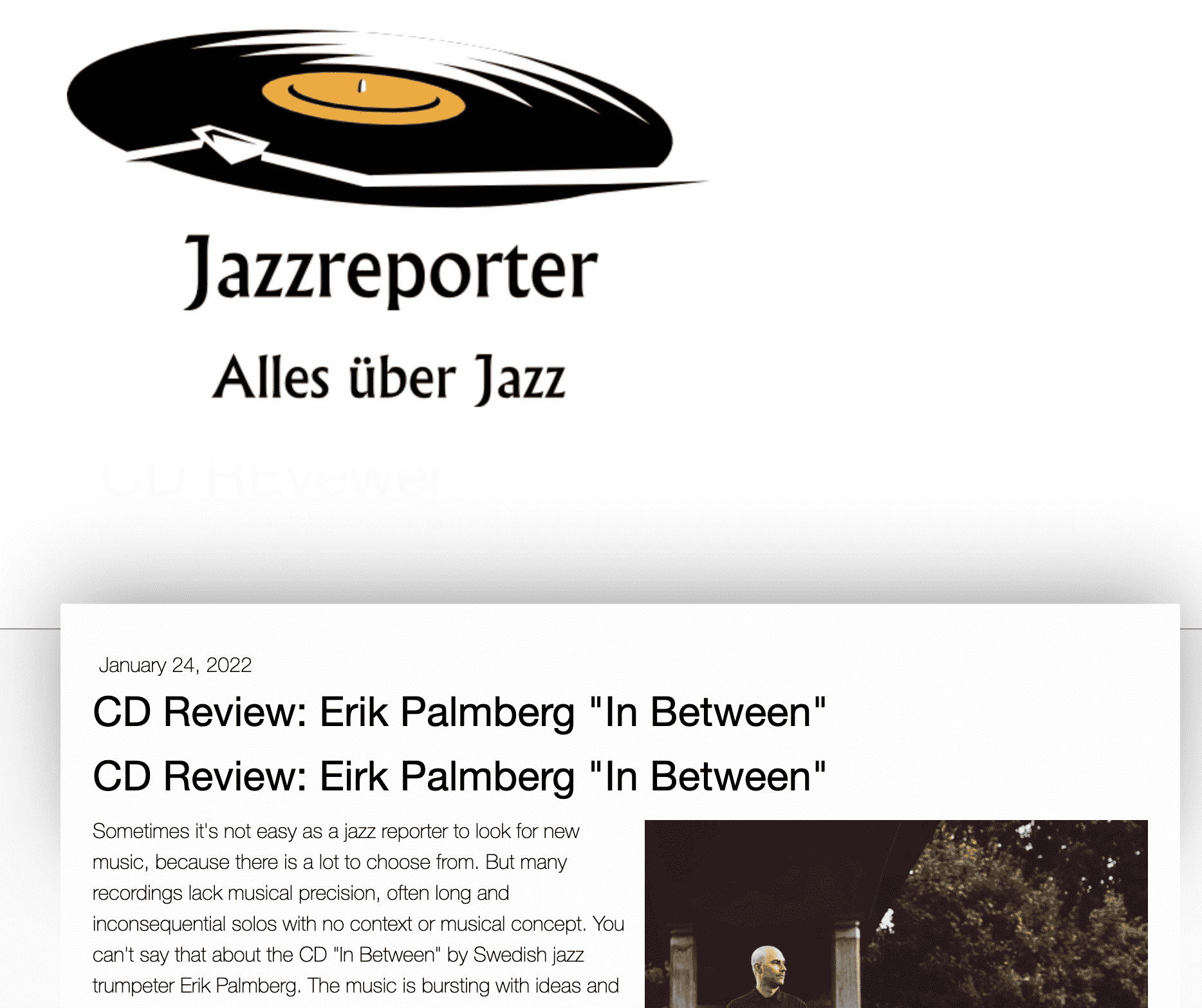 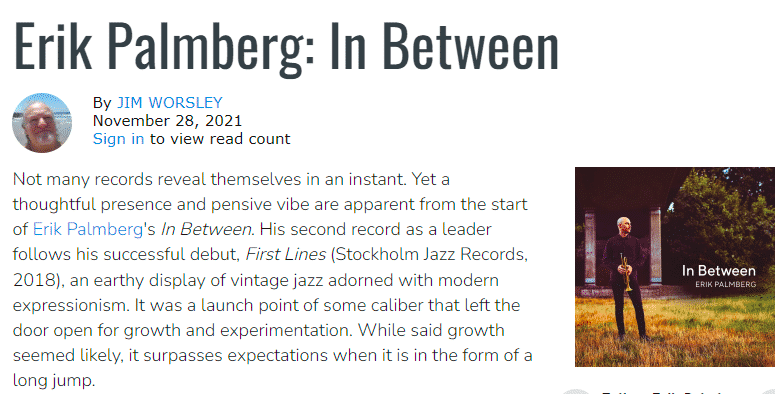 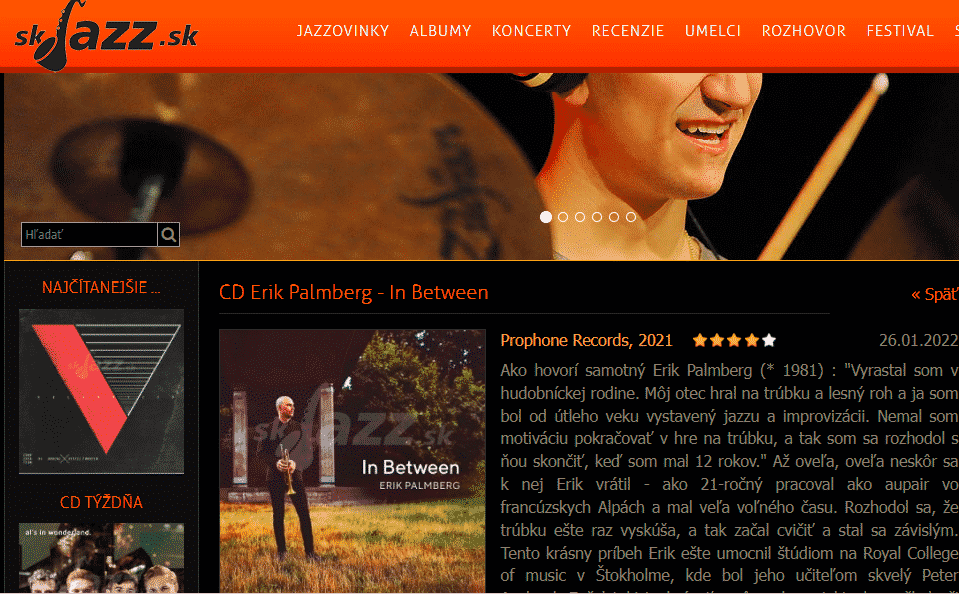 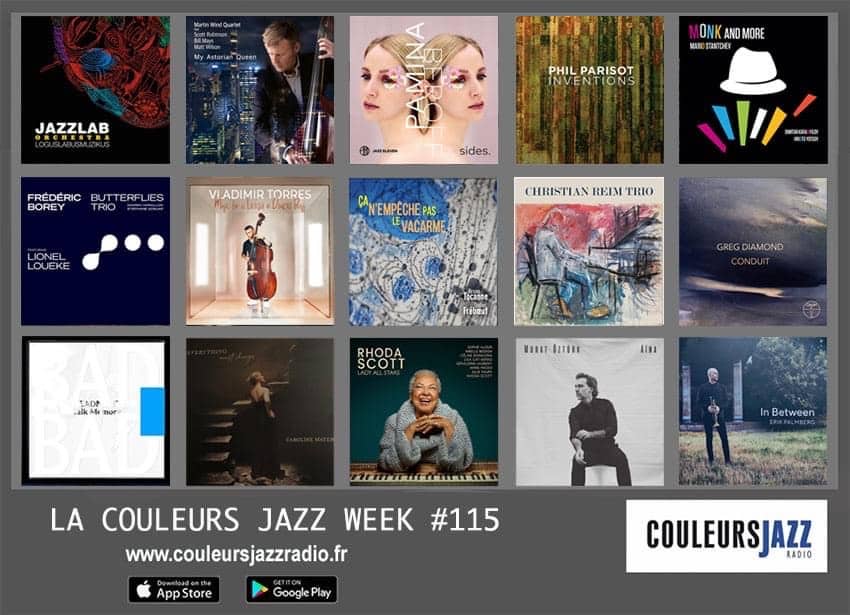 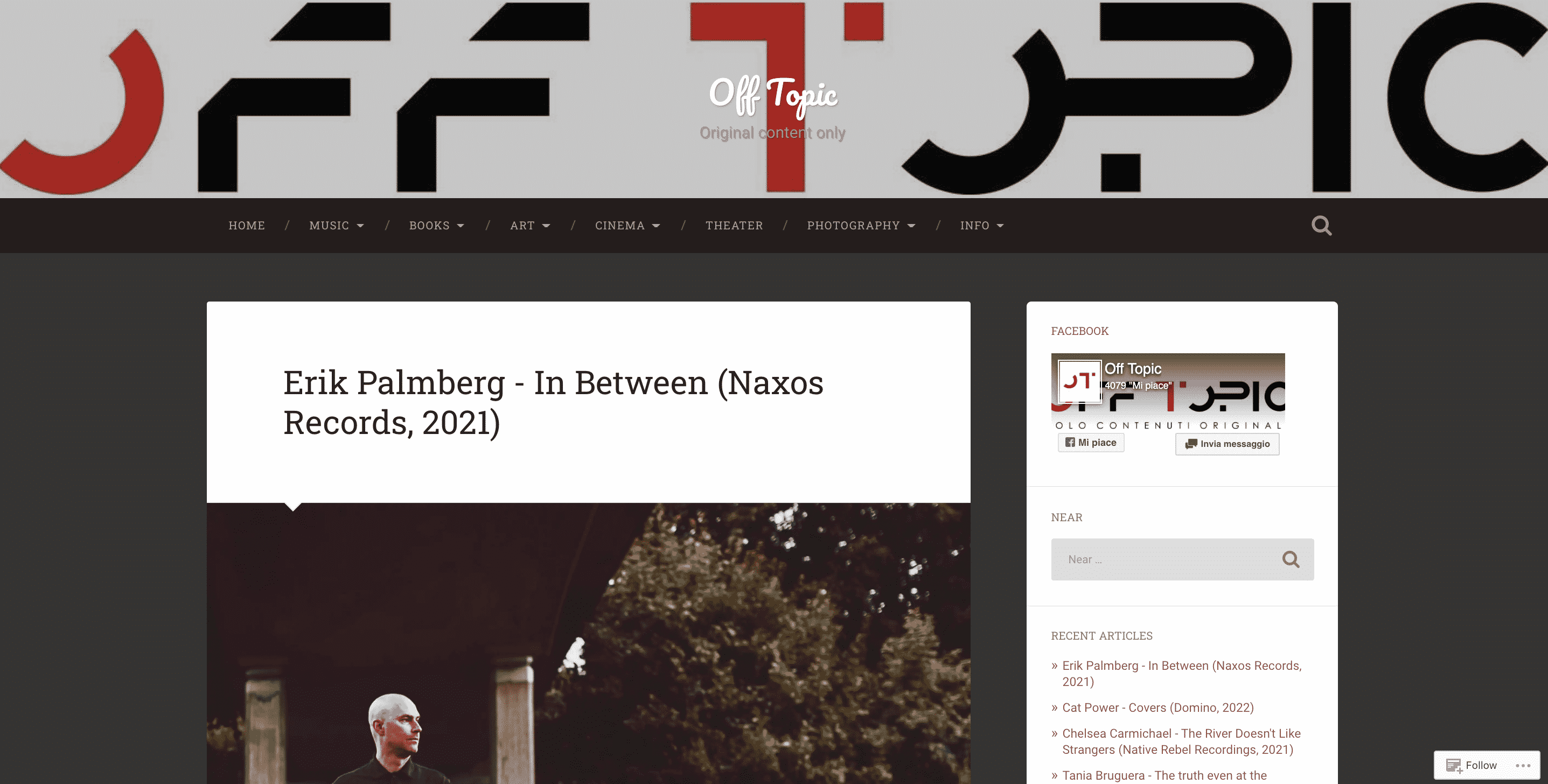 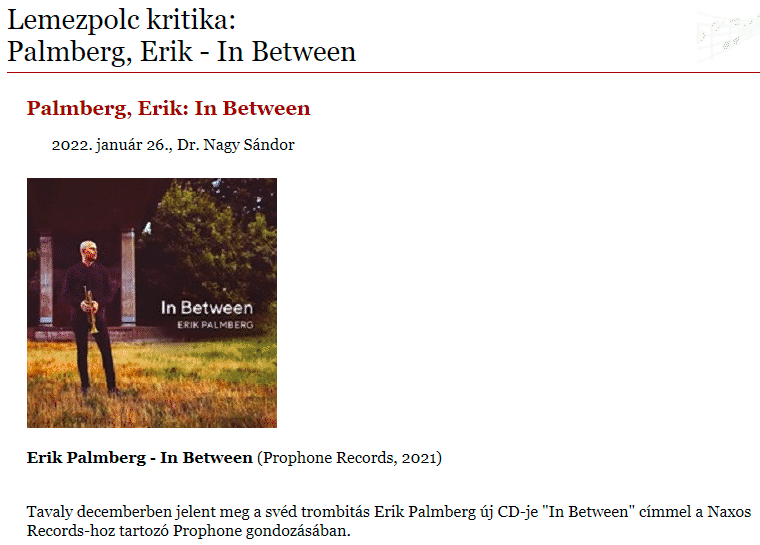 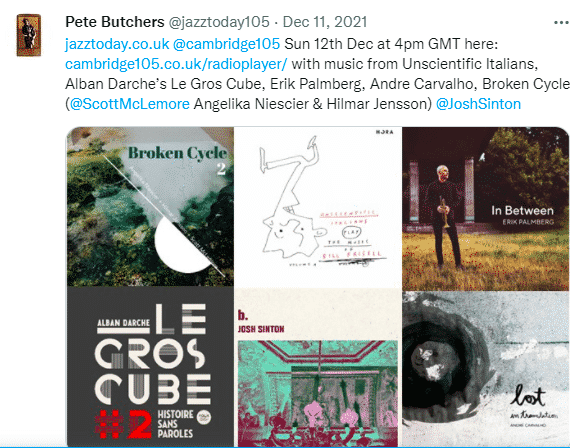 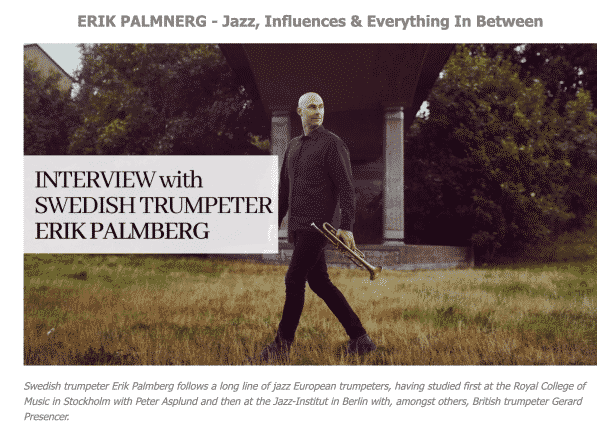 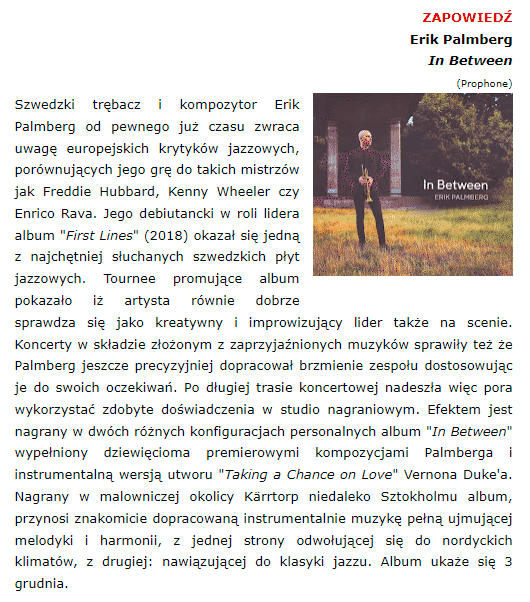 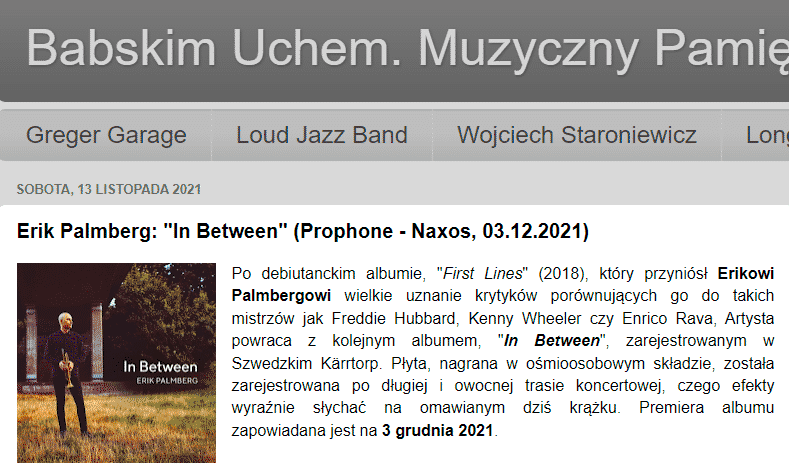