Described in a glowing Downbeat review as ”languid, moody and dreamy” Cecilie Strange’s 2020 album Blue only told half the story of that session in a Copenhagen recording studio…

The records herald the arrival of a deeply intuitive tenor saxophonist & composer who seamlessly blends her close connection with Denmark & the Far North – achingly melancholic yet full of hope and light – with glimpses of her time on the New York jazz scene.

The extreme level of sensitivity, awareness and creativity on display in this recording should perhaps be no surprise: pianist Peter Rosendal, bassist Thommy Andersson and drummer Jacob Høyer met Cecilie for the first time on day one of the recording.

It’s by no means a ‘pick-up’ band, though: Cecilie selected these players from the Danish jazz scene as three musicians she felt sure could deliver her vision. The quality of not one but two albums that came out of these sessions is testament to that!

Musically, Strange paints sketches of Scandinavia with an achingly melancholic palette of tonal colors. Her deep, rich tenor tone sits on top of a sparse rhythm section – often leaning towards ‘free.’ Passages of arco bass, gentle-yet-intricate brushwork, shimmering piano and the occasional saxophone growl all add to the haunting atmosphere. 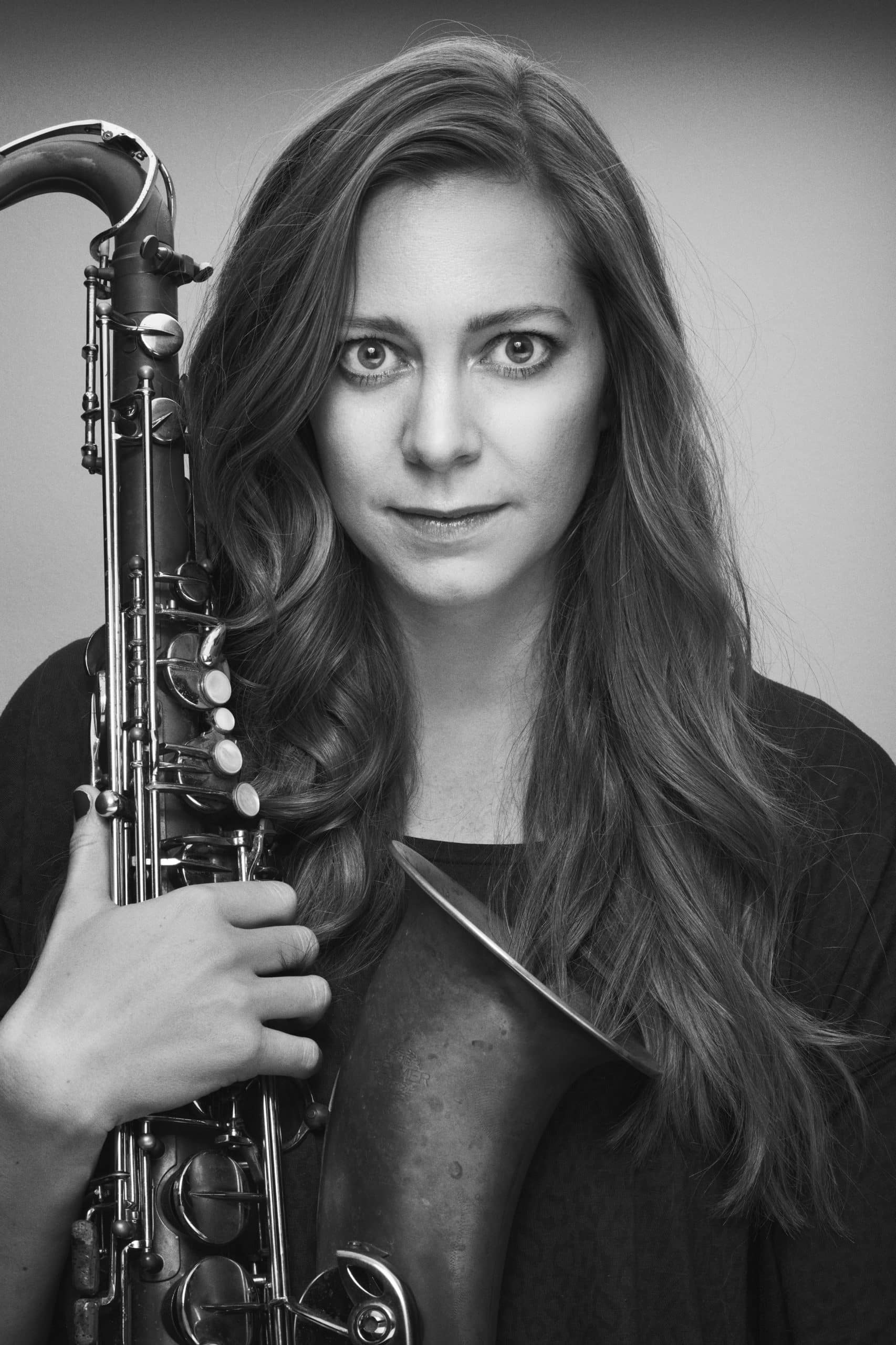 Cecilie Strange grew up in a musical home and she began playing the saxophone already at age 12.

Strange has studied music in the Danish city of Odense with the great jazz saxophonist Hans Ulrik and in New York with top saxophonist Chris Cheek, and her deep and soulful tenor sound has gained international acclaim.

So far, she has released two solo albums and her third solo album, ‘Blikan‘, will be released on April Records on April 16th, 2021.

Besides that, Strange has also played in various jazz ensembles and folk groups and even in one pop band.

Strange has been hailed as an exciting new voice on today’s dynamic Copenhagen jazz scene, as both a deeply intuitive tenor player and a visionary composer. Acutely attuned to the natural landscape, in both her native Denmark, and all the Far North countries around it, Strange paints sketches of Scandinavia with an achingly melancholic palette of tonal colors that also radiate with hope and light. 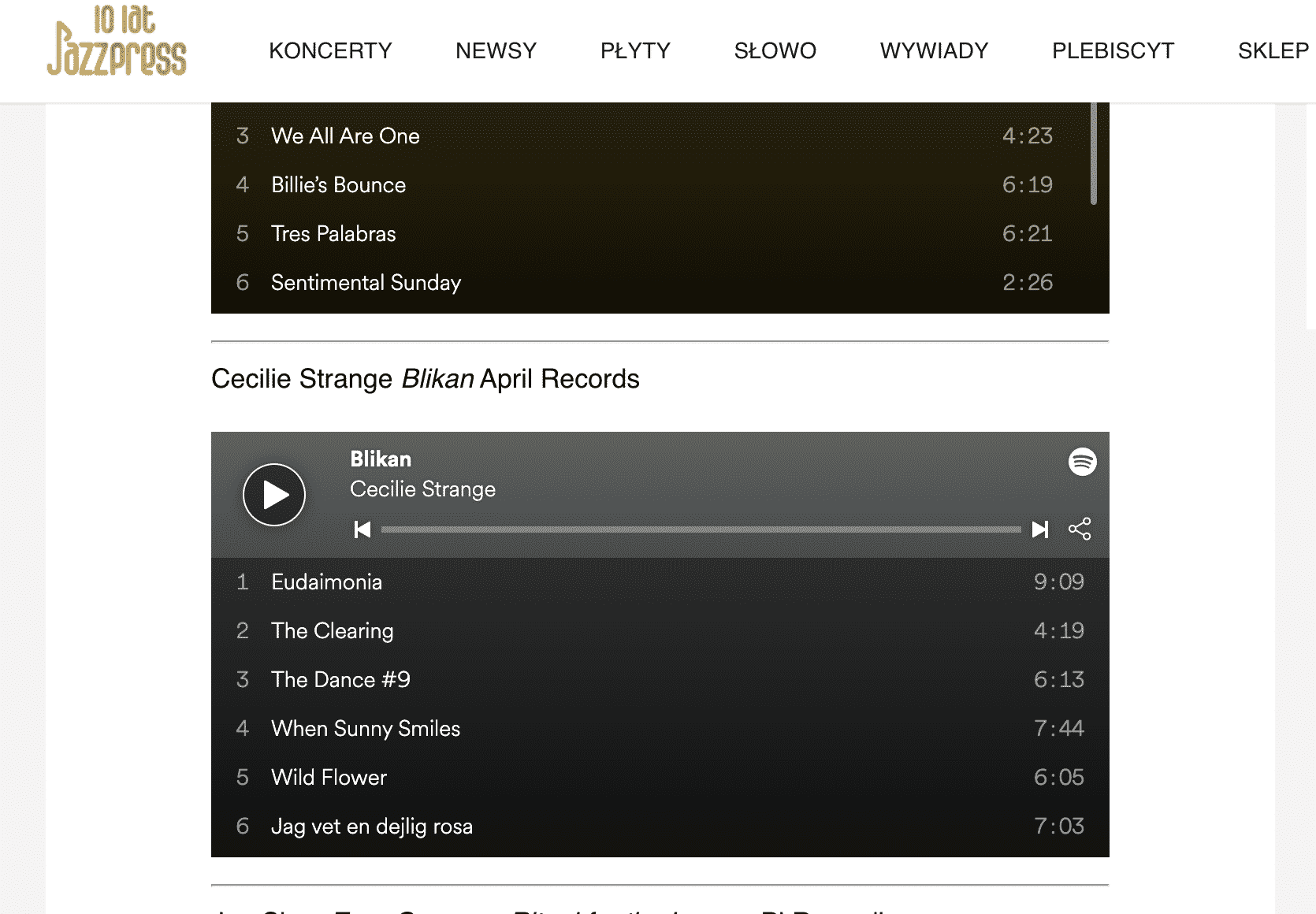 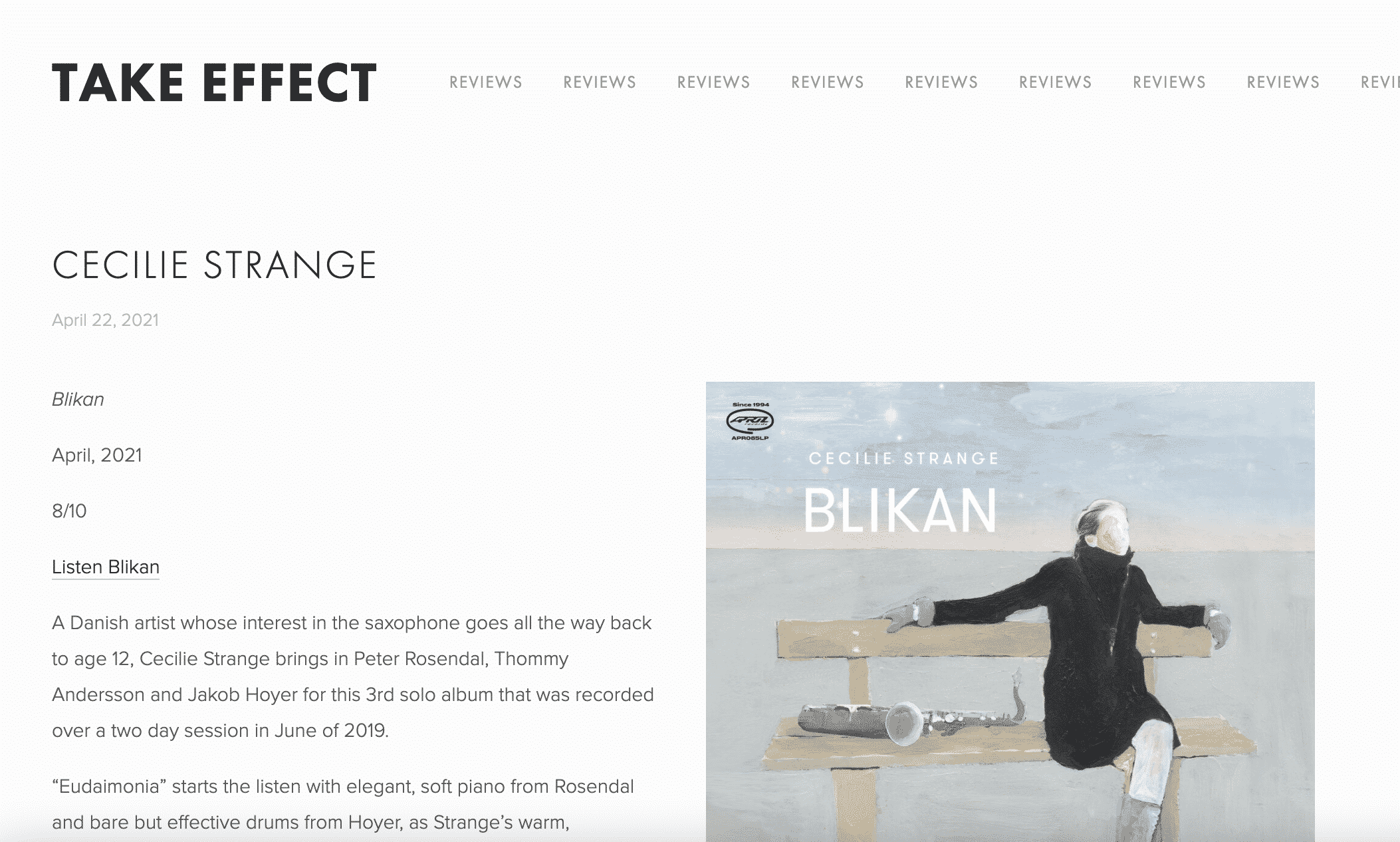 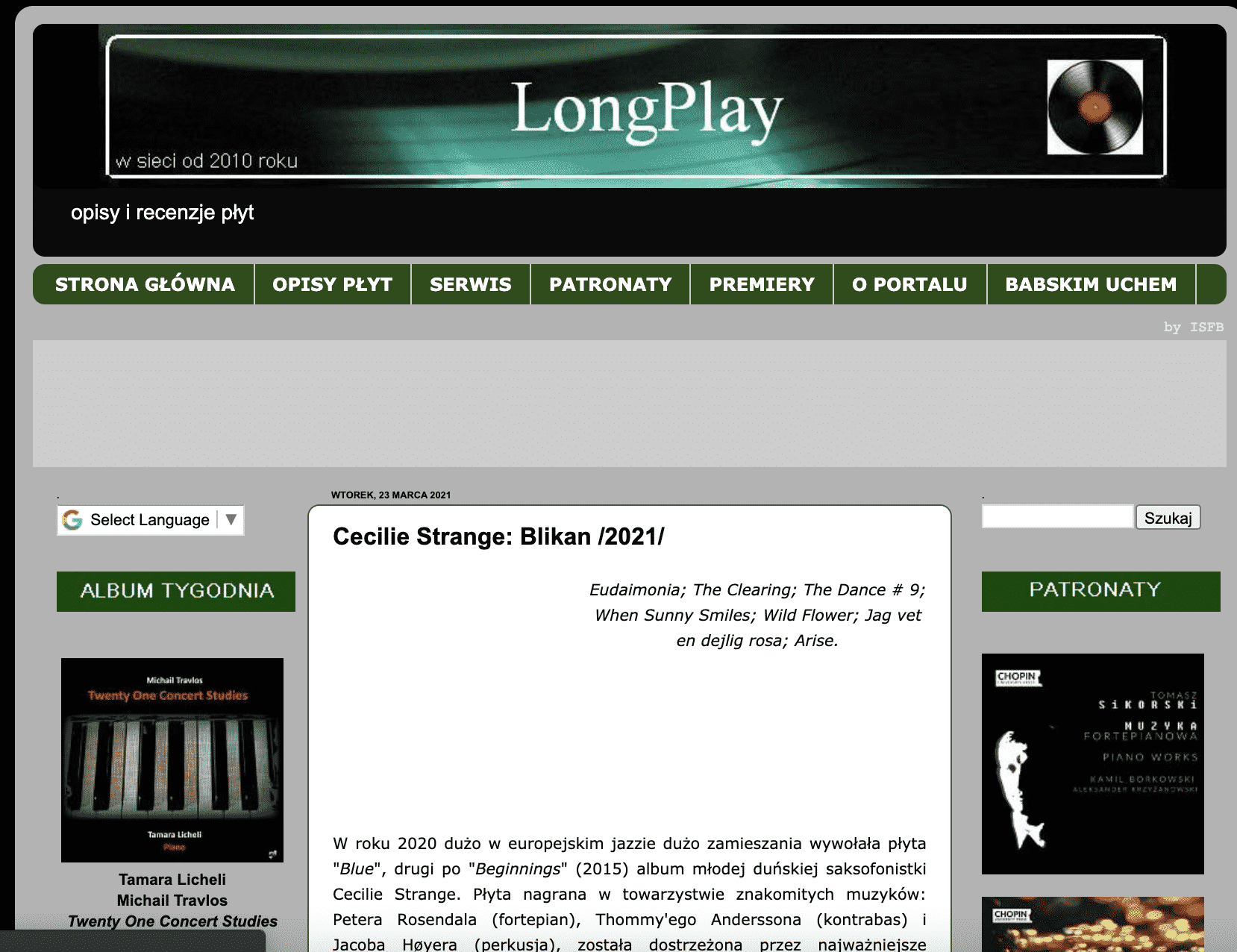 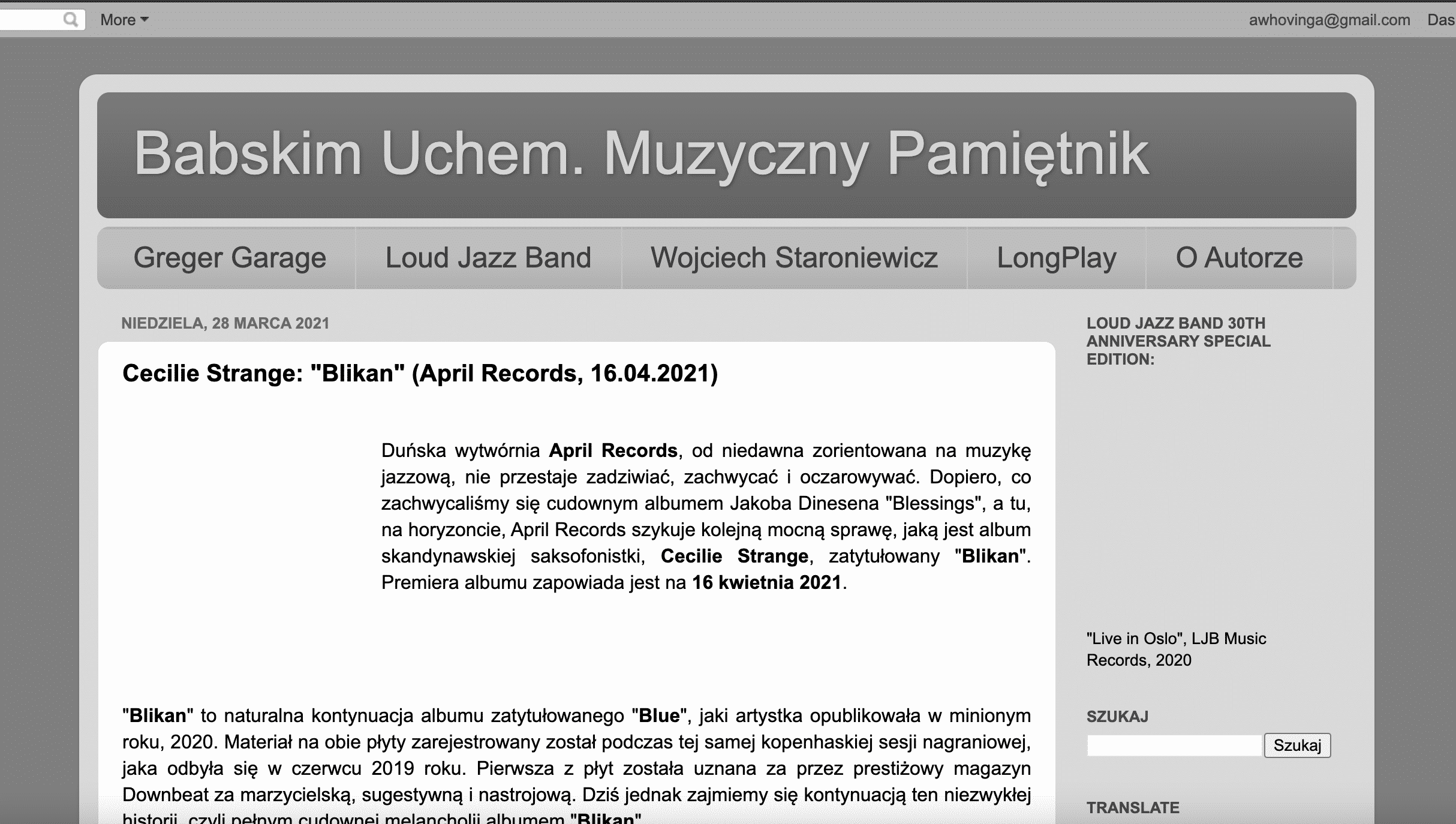 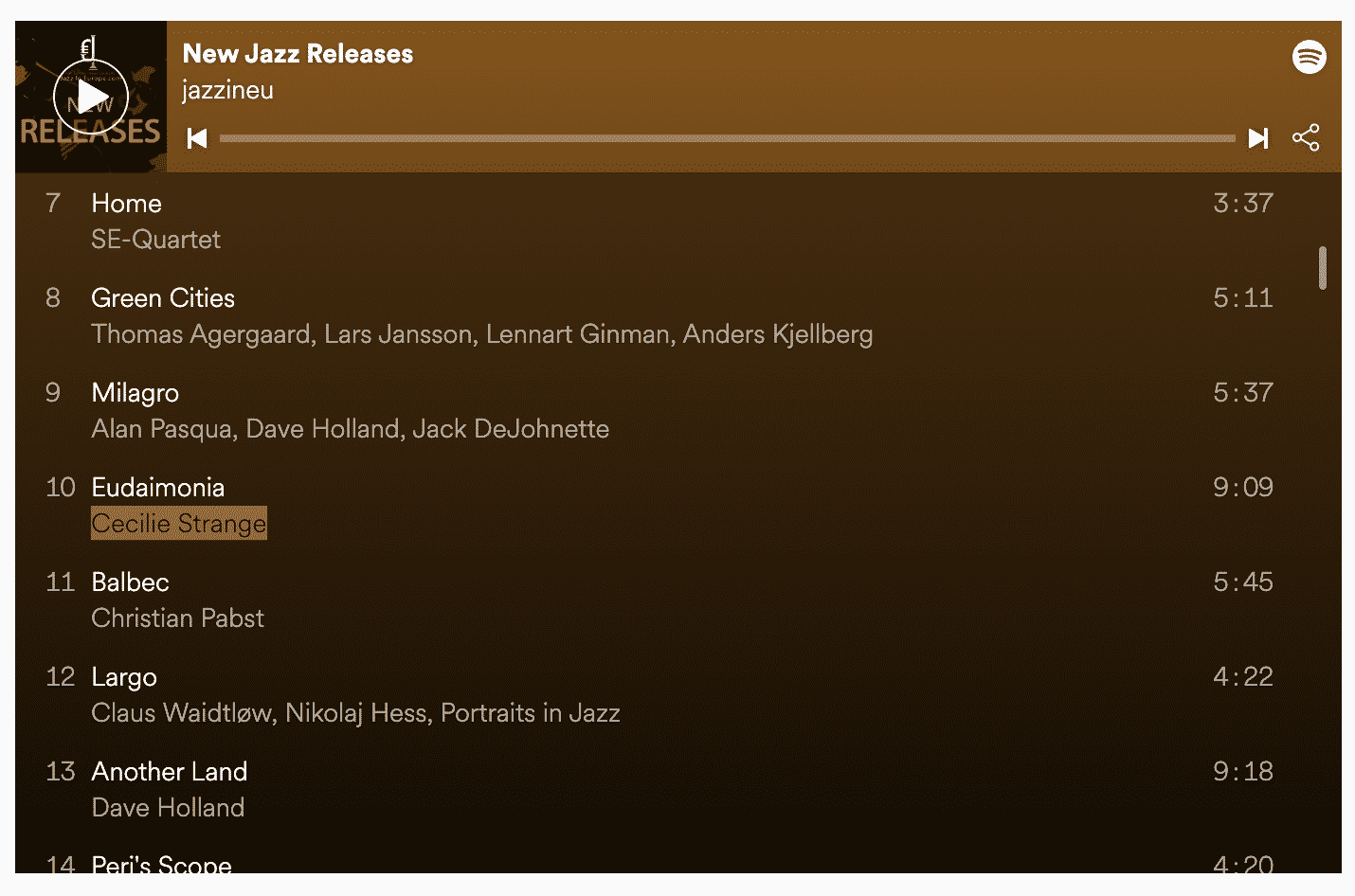 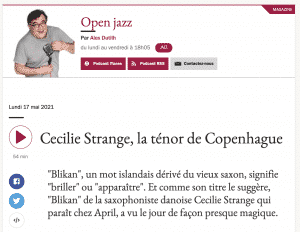 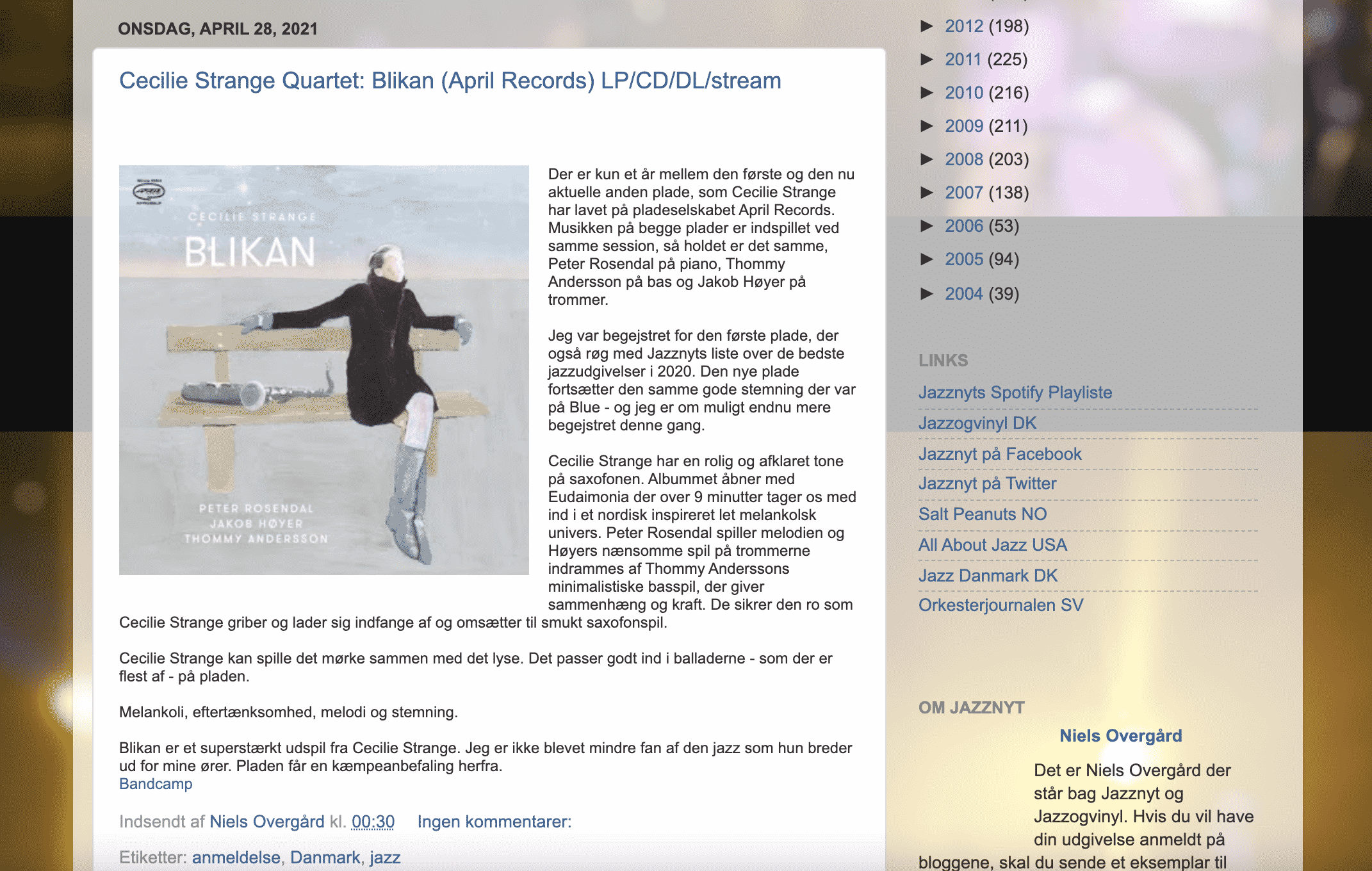 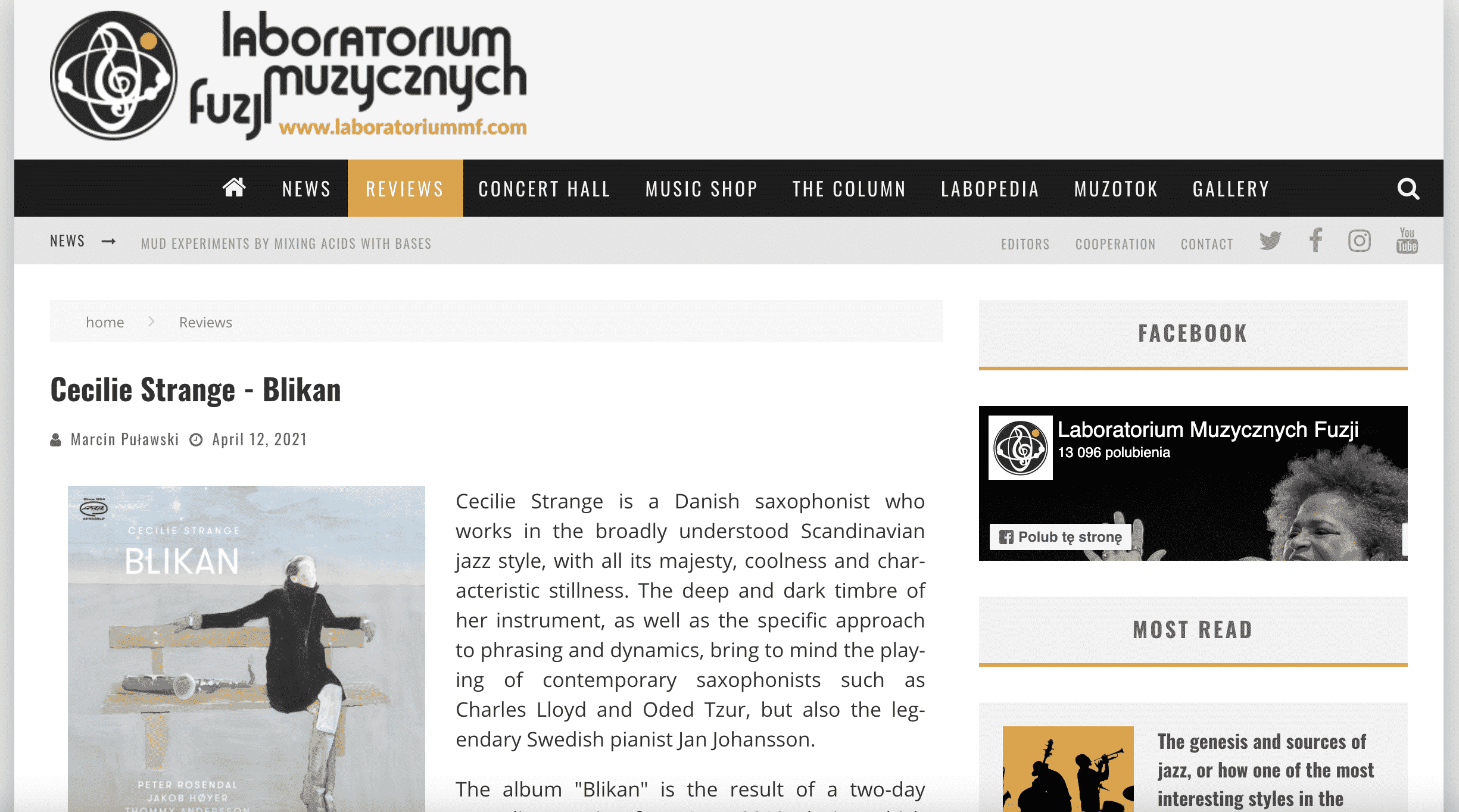 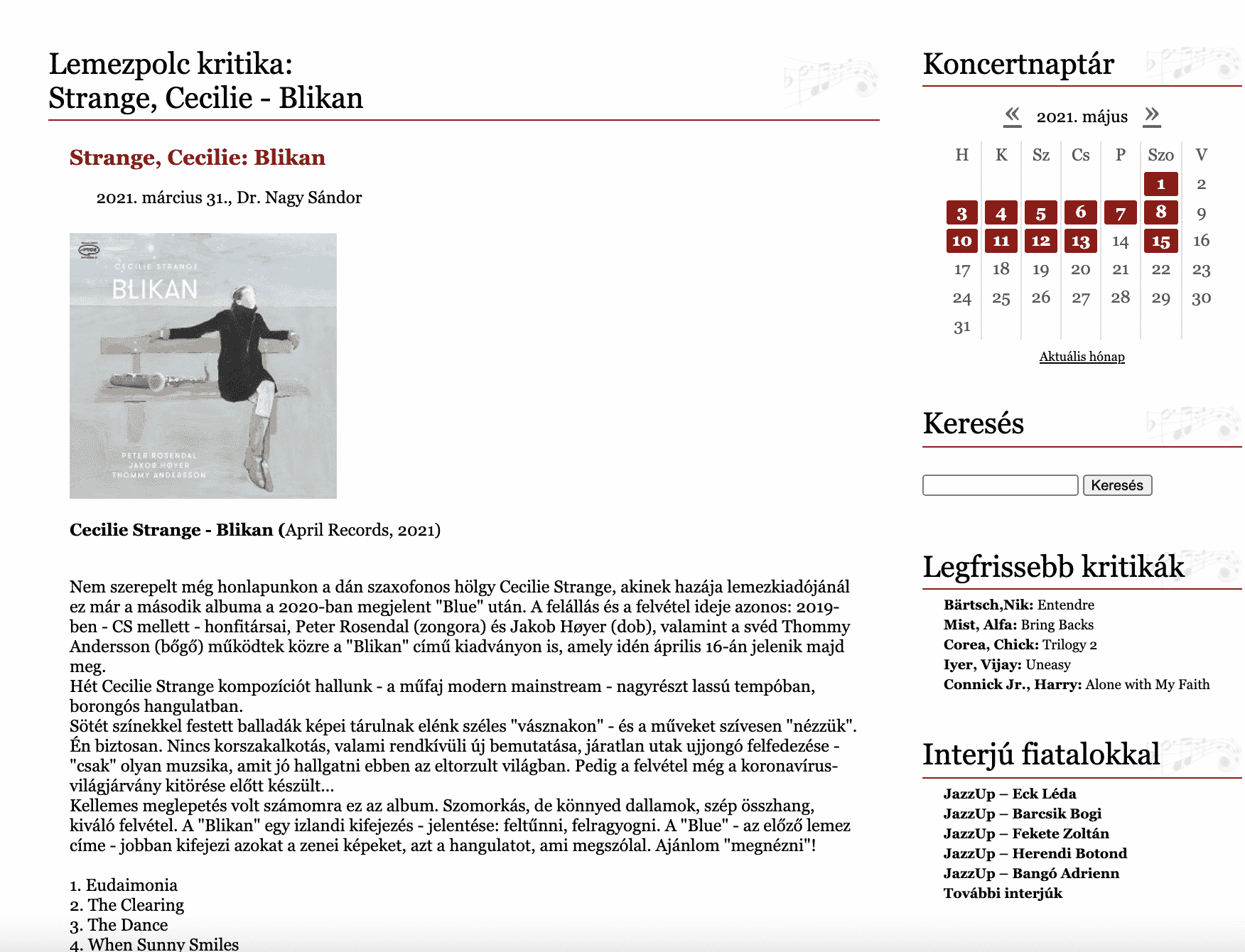 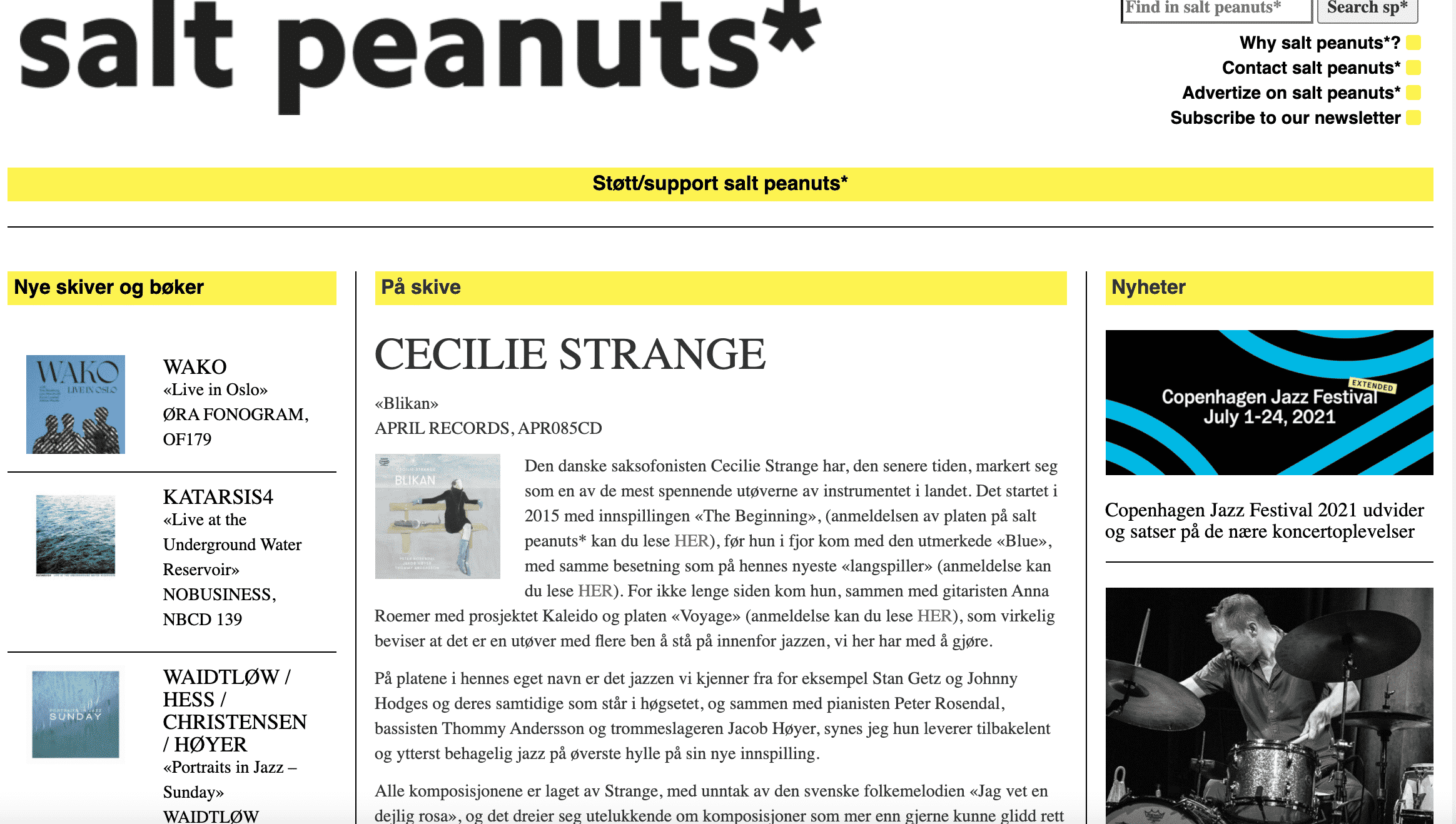 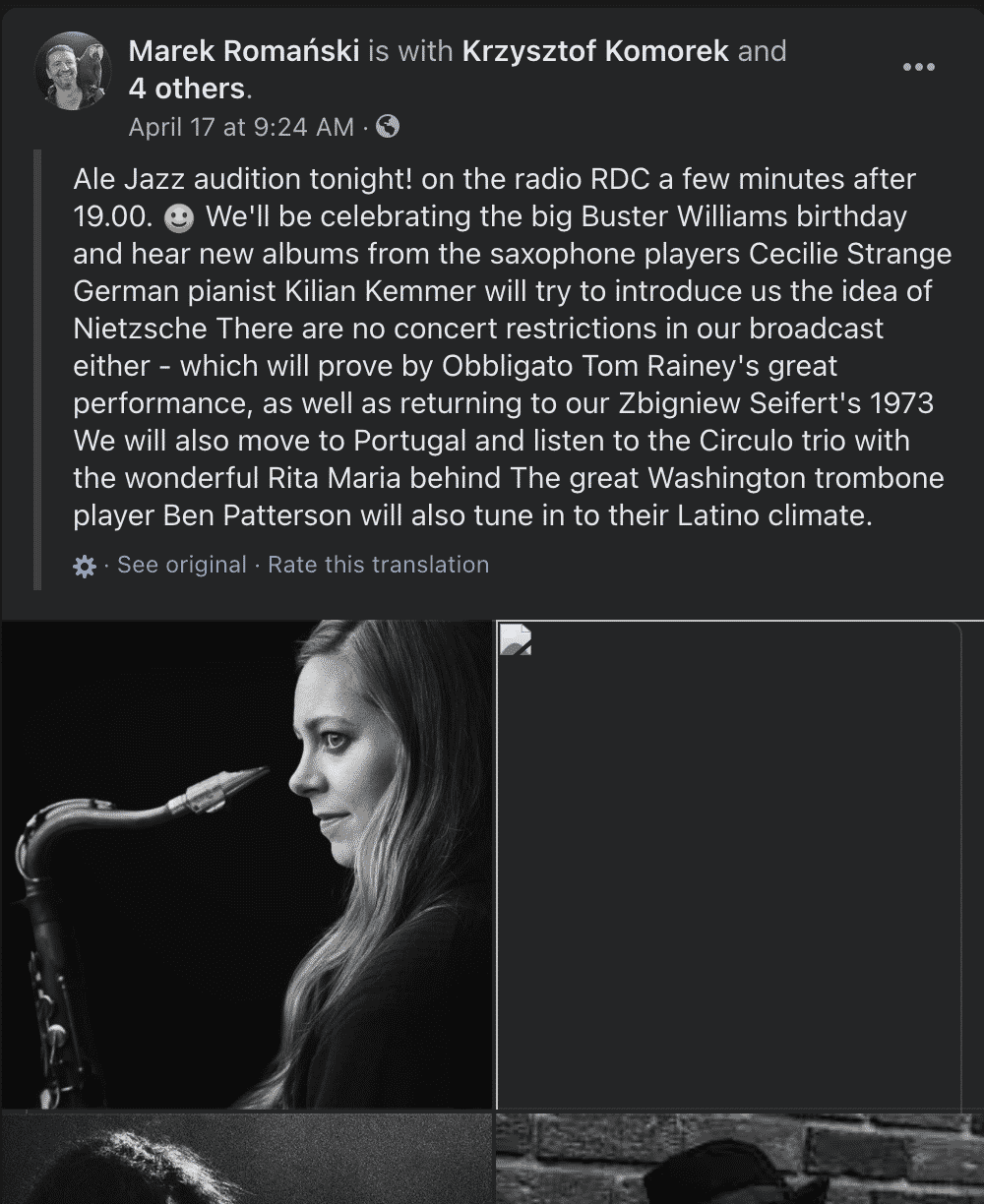