Whilst a legend in the musica populeira of his native Brazil and the worldwide guitar scene, the 76-year-old Carlos Barbosa-Lima is somehow still considered a hidden gem by many.

Emerging in Sao Paulo in the 1950s as a 13-year old child prodigy, he went on to work with the giant of classical guitar Andrés Segovia in Spain and, later, with the grandfather of Bossa Nova – Antonio Carlos Jobim – in New York.

This prolific artist shows no sign of slowing, as he releases El Manisero this October, a 13-track album featuring some of the most famous Latin American tunes of all time, completely rearranged for the occasion.

But whilst Barbosa-Lima may bring the authentic South American flavour, the album is a true partnership, celebrating his long-standing friendship with German guitarist Johannes Tonio Kresch.

Kreusch met the guitar master whilst studying classical guitar at Juilliard in New York and, like his pianist brother who appears as a special guest on the album, is constantly seeking to break free from the pigeon holes of music, mixing his classical roots with improvisation and experimentation.

As expected from an album which ultimately pays homage to decades of music from the Latin American guitar scene, there are references to many of the greats. Alberto Ginastera, Luiz Bonfá, Manuel María Ponce, Moisés Simons and of course Jobim himself.

But the overall inspiration is one of new interpretations. Of old favorites and undiscovered masterpieces. Of what two men with decades of experience and friendship can do together. Ultimately, it’s a treasure hunt for those who have lost their heart to the genre. 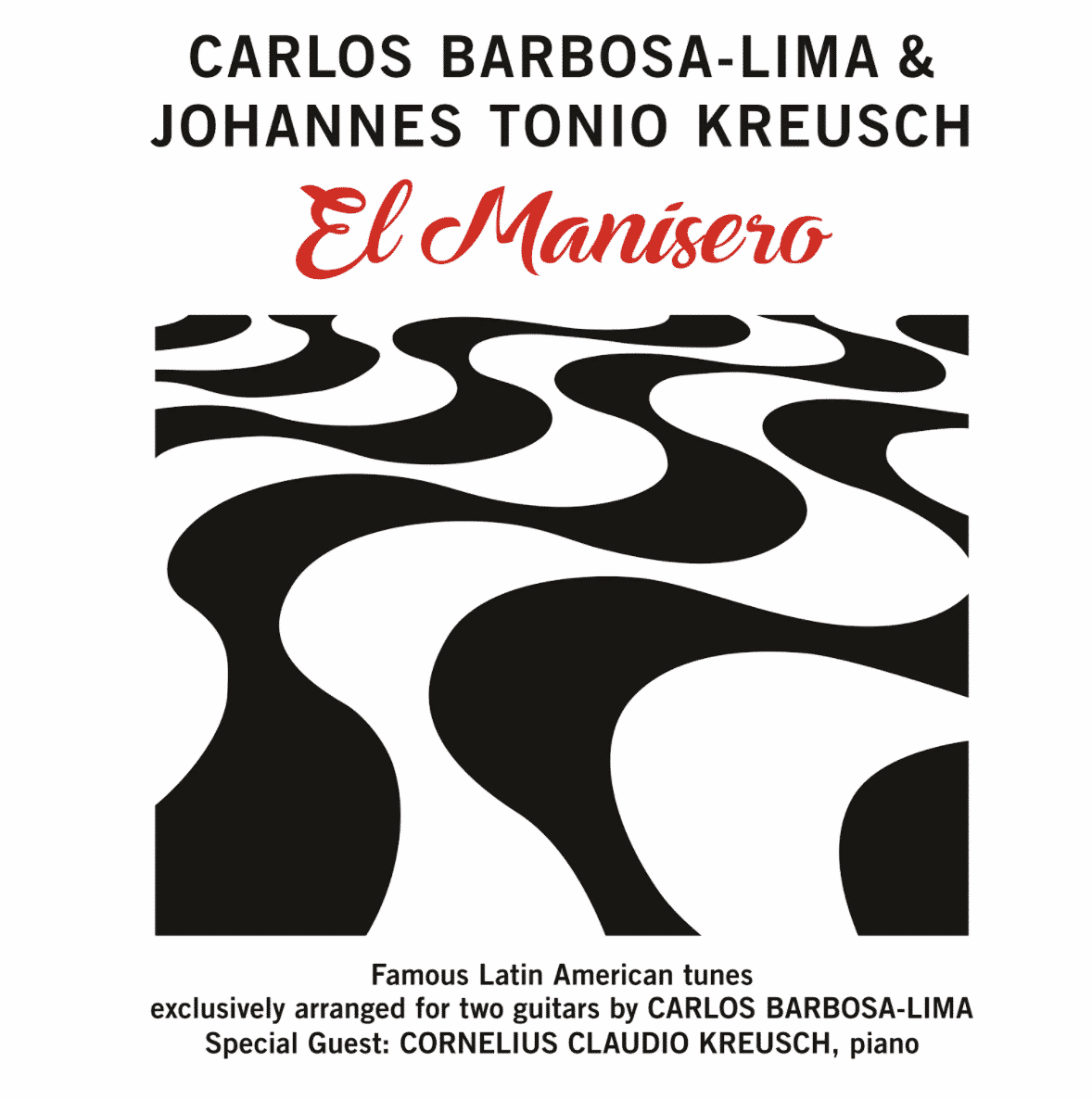 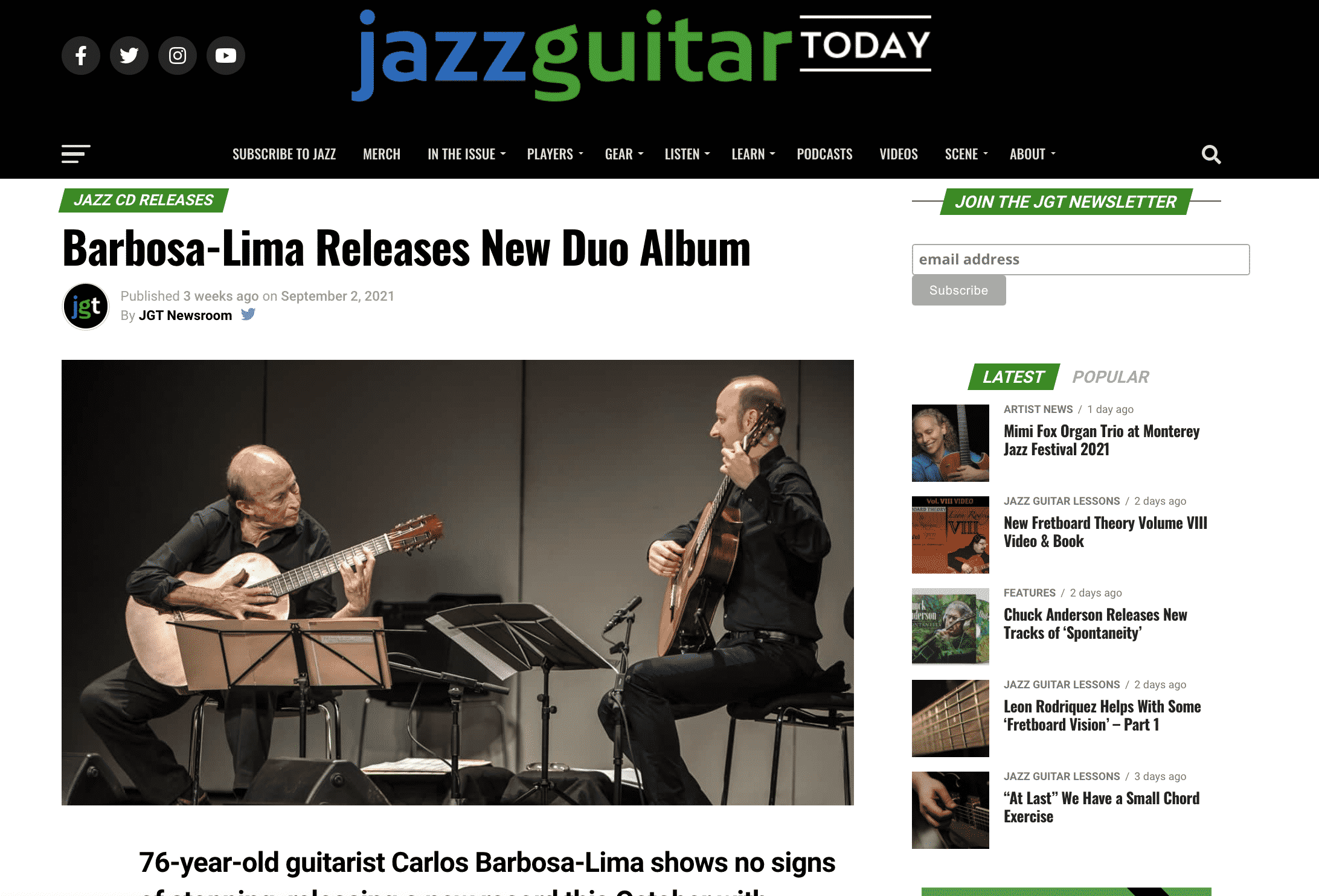 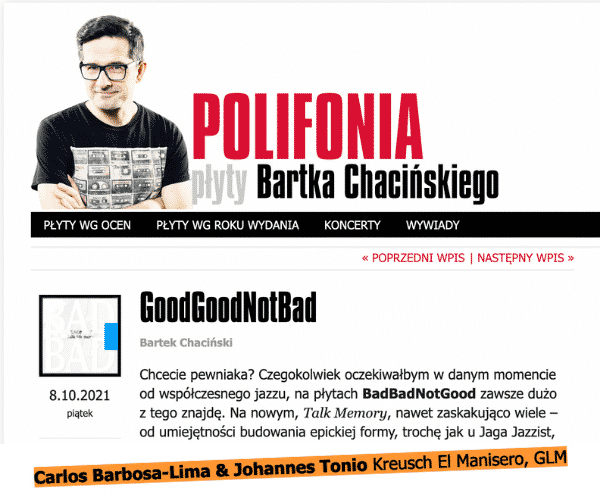 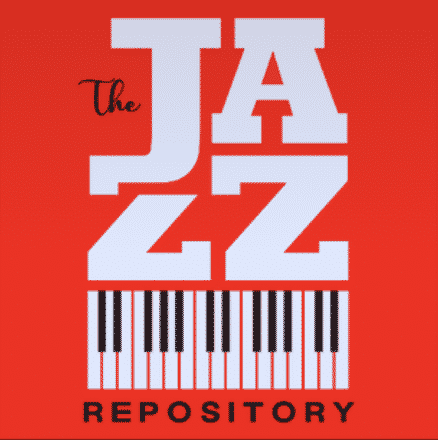 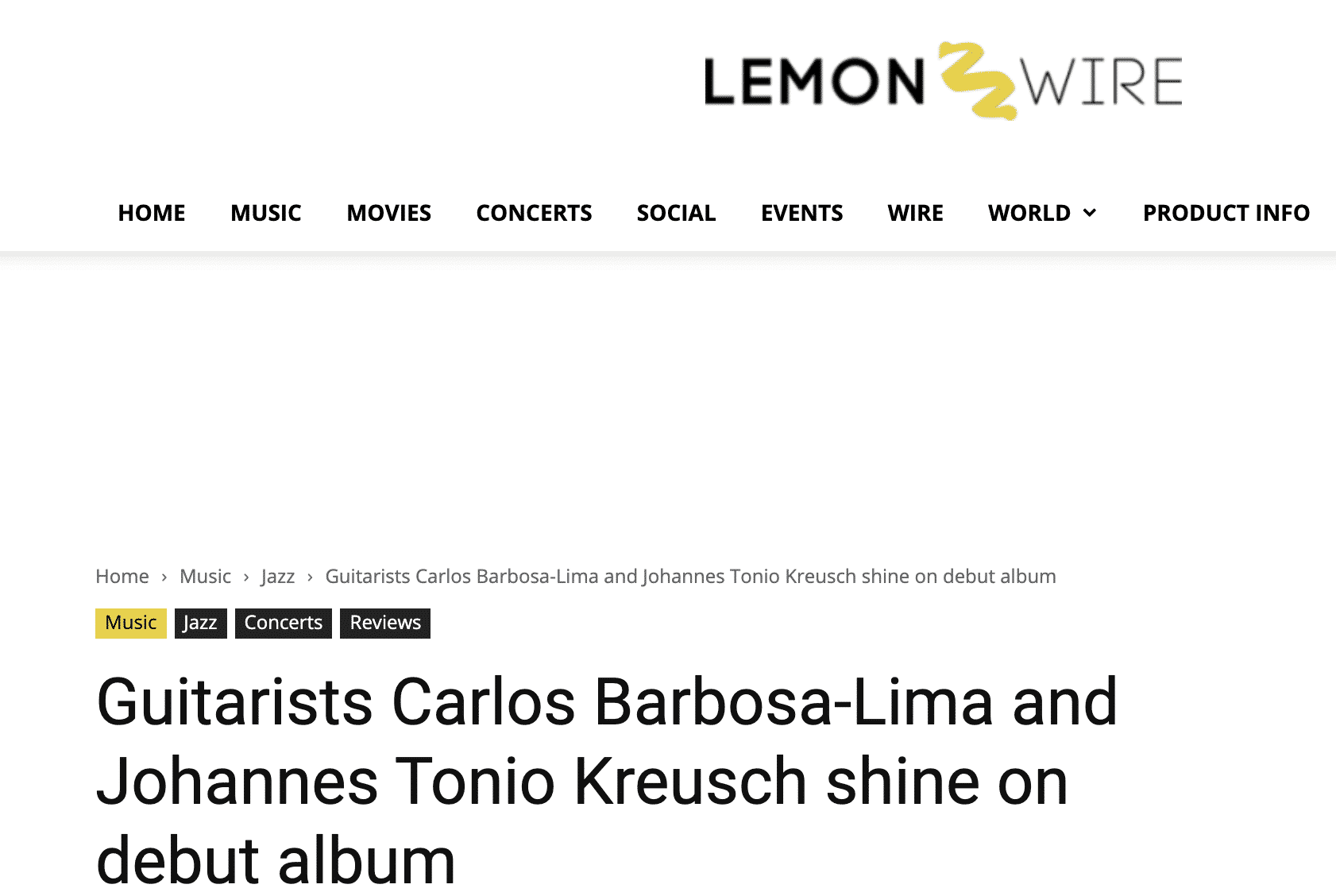 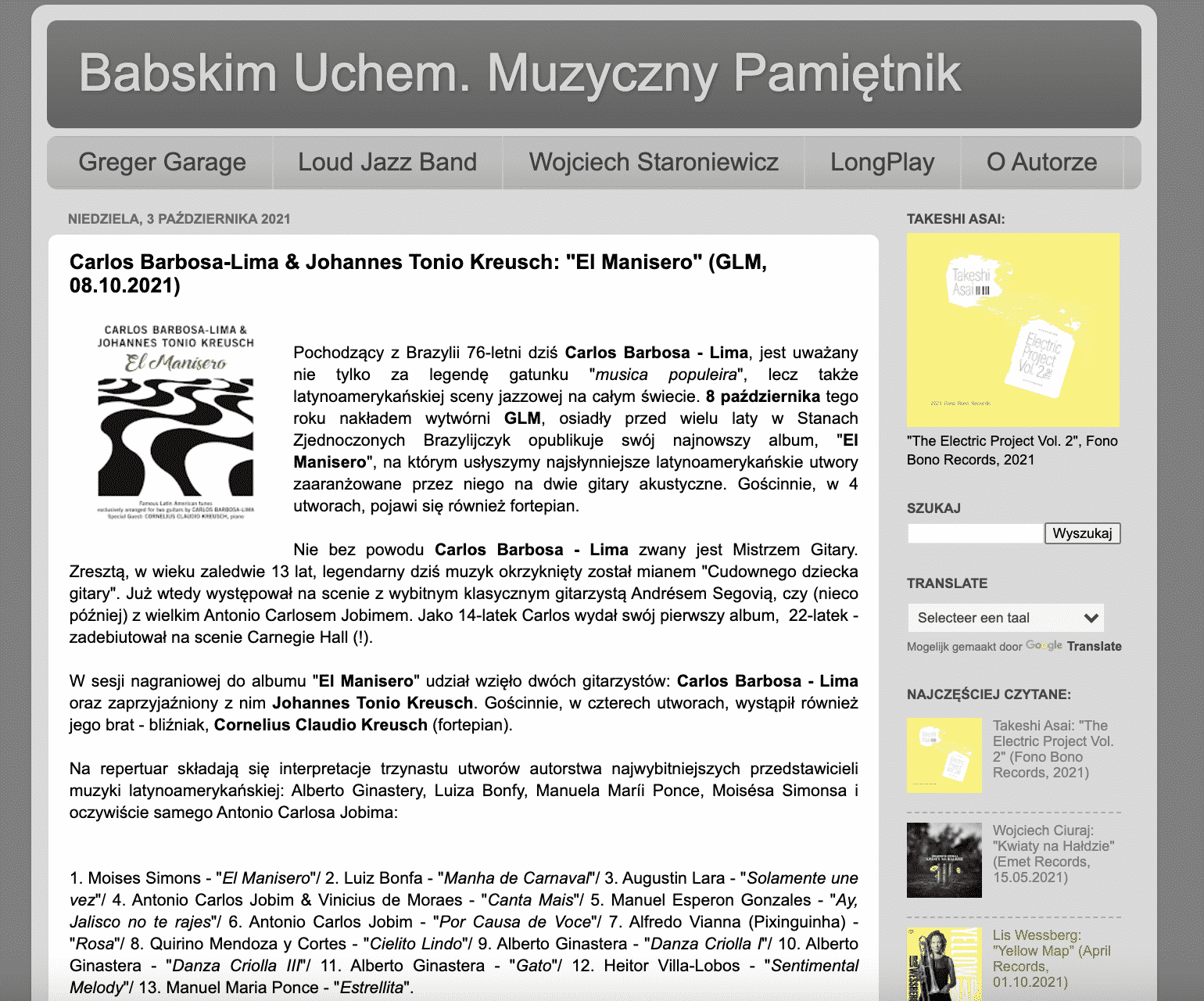 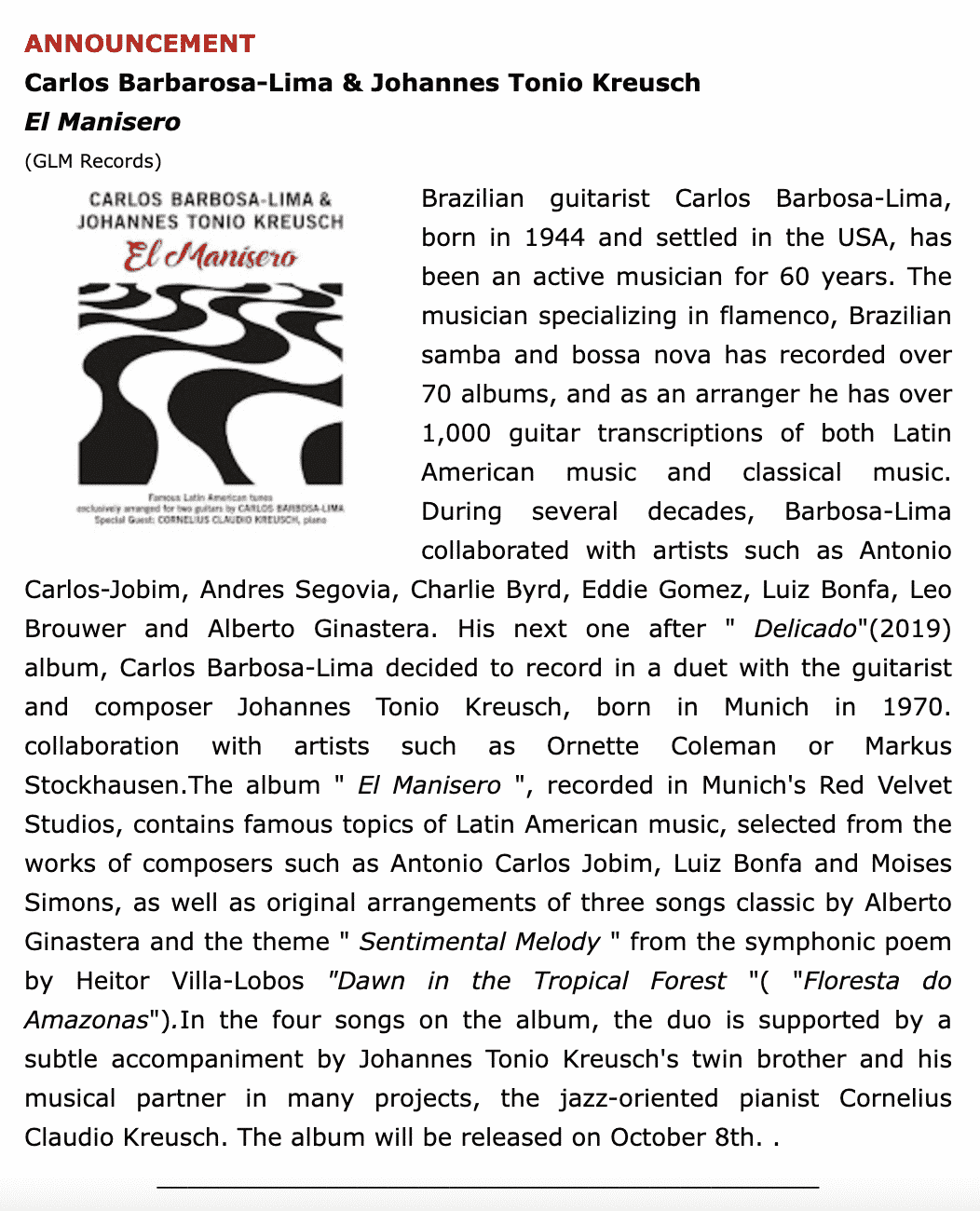