The album is a monument to chronicle and celebrate the growth of a talented musical voice, as both a composer and soloist, from a city steeped in jazz history.

“While many see the area as ‘flyover country,” Brian says, “those that choose to live and create here are well aware that there is a tremendous amount of beauty in the area, the people, and the cities we call home.” 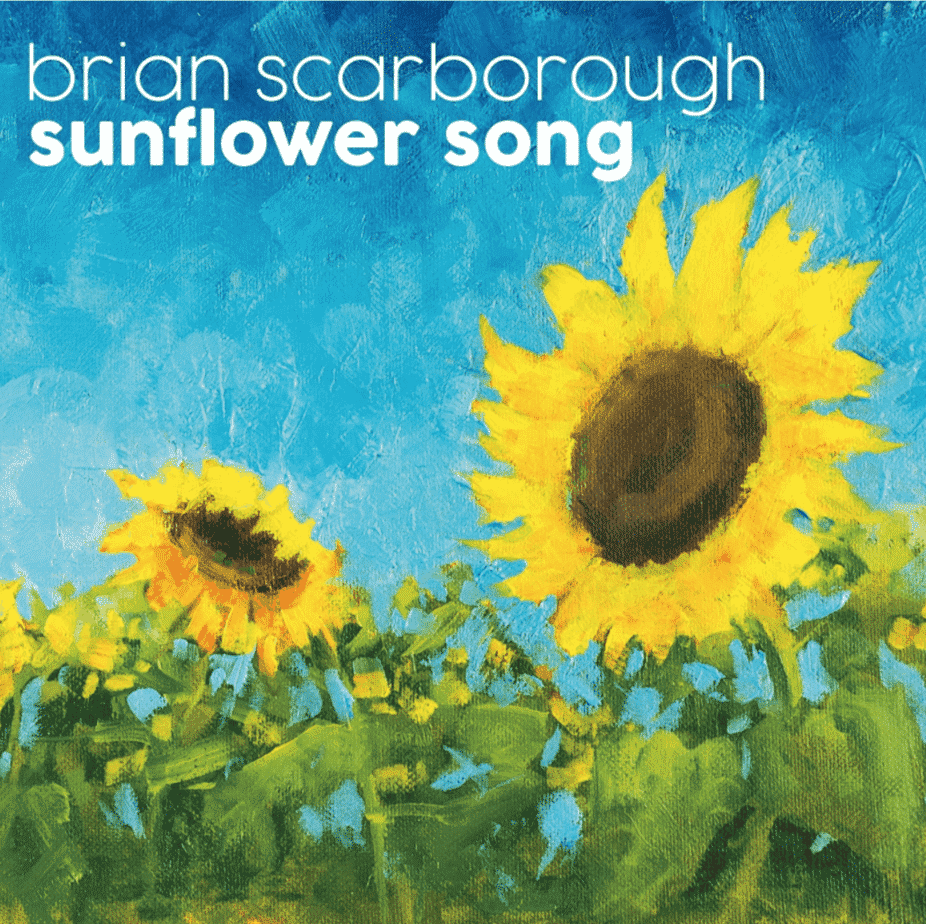 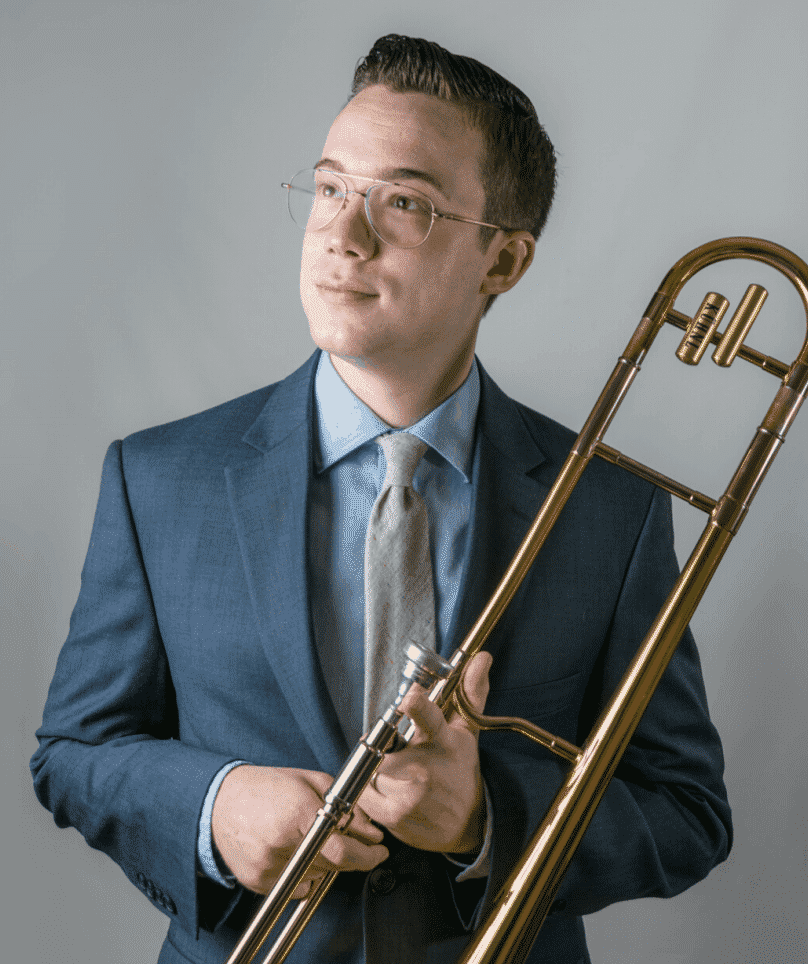 Showcasing his talent as a bandleader, Brian has put together an ensemble of musicians that bring his compositions to life; saxophonist Matt Otto, guitarist Adam Schlozman, bassist Jeff Harshbarger, and drummer Brian Steever.

Steeped in jazz tradition and laced with singable melodies, the music unfurls organically whilst mixing combinations of harmony and forms that do not necessarily conform to standard expectations.

Sunflower Song is not simply another new album by another new artist, but the first taste of musical harvest from a master craftsman whose name is surely not to be forgotten.

Sunflower Song releases on NextLevel, an imprint of Outside in Music, on August 7, 2020.

Brian Scarborough is a trombonist, composer and educator based in the greater Kansas City area who has received critical acclaim as a soloist from international competitions including the J.J. Johnson Jazz Trombone Competition and the Gilberto Gagliardi Tenor Trombone Competition.

As an educator, he is the Adjunct Instructor of Trombone and Low Brass at Kansas City Kansas Community College, and has a low brass studio at Doctor Note.

Brian’s nuanced musical voice is a reflection of his time spent in two historic jazz cities; Kansas City and Chicago.

Growing up in the rich jazz history of Kansas City left an indelible imprint on Brian’s artistic vision, and as a current resident, it is where he continues to find endless inspiration from the musicians around him.

Before eventually returning to settle in Kansas City, Brian spent time in Chicago cutting his teeth as an improvising trombonist, and attending DePaul University.

The intersection of Chicago’s jazz and creative music scene inspired Scarborough to create an instrumental voice that seeks to express his artistic truth as a steward of jazz while adapting to the modern aesthetic.

Compositionally, Brian strives to create music that feels organic: music that unfurls itself naturally as it expresses the concepts from which it draws inspiration.

As an extension of this idea, Brian’s music often contains combinations of harmony and forms that do not necessarily conform to standard expectations, but whose nature and length serve the overall composition far better than arbitrary adherence to a formula.

Brian’s music places value upon the idea of containing singable melodies, and an overall aesthetic that is conducive to dancing. Brian has taken these seeds of inspiration, and sown them into compositions that are unequivocally unified by his creative voice.

The first track on Sunflower Song is entitled This One’s for John and was born out of Brian’s experience as a composer and bandleader for a jazz quartet in a contemporary church service.

During his time working in this setting, he got to know a man named John –  a retired stage actor, pianist, and minister who volunteered his time at the church. Brian and John quickly became friends, and would regularly reminisce about their experiences at Disneyland, where John was once an entertainer, and Brian was a member of the All-American College Band.

This One’s for John was inspired by their friendship and was written to surprise John at one of the services.

City Lights, another original composition by Brian, was inspired not by an individual, but by a place. In 2018, Brian performed in San Francisco for a friend’s wedding. While there, Brian and his wife explored the city and encountered a place called City Lights books, which has remained one of Brian’s favourite places. Brian remarks that it felt “only proper to at some point write a tune for it.”

Another original composition on the album is I Tolerate You and, like so many other great tunes in jazz history, this song is a contrafact. The humorous title is derived from the names of many standards in the jazz repertoire whose names begin with the word “I” and end with the word “you,” such as I Love You, I Remember You, and I Get a Kick Out of You.

While Brian makes it clear that this song was not written about anyone, it is a tune whose amusing title and nature provide an opportunity for Brian to showcase his personality musically.

When asked what he loves about his band, Brian notes their unity and commitment to truly be a band, not merely a collection of musicians for hire.

“They understand the music that I write and the way I think, and are able to elevate what’s on the page to another level. They were an integral part of this whole process and really helped the music grow.”

Brian describes his band as thoughtful, insightful, and active contributors to the music. He deeply appreciates their fearlessness in taking risks, and their bravery in trying something new to bring his music to life.

“These musicians are some of the most creative musicians in Kansas City,” he says, in admiration and gratitude. “They inspire me with their music and their generosity of time, advice, and friendship as we are on this journey together.” 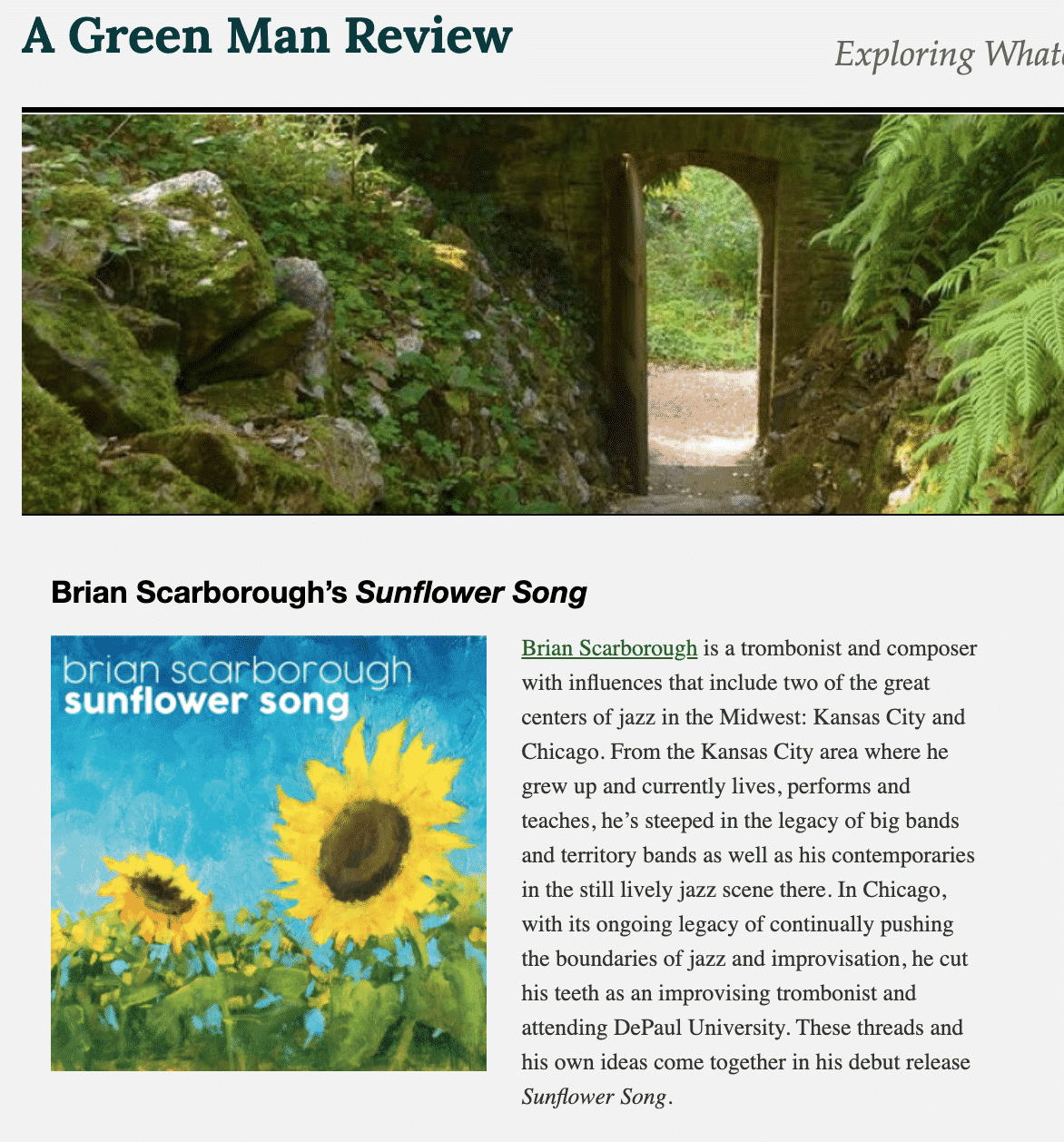 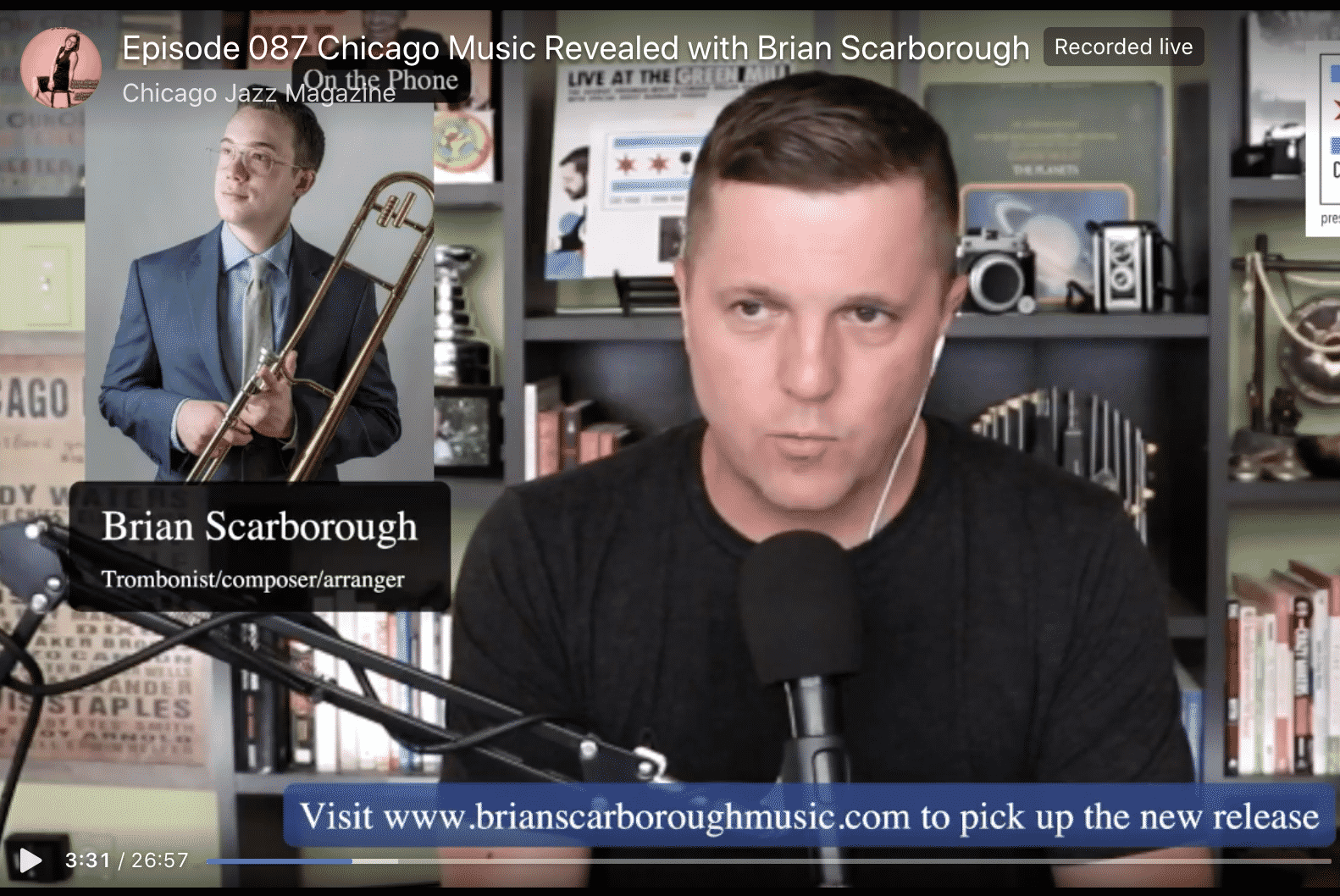 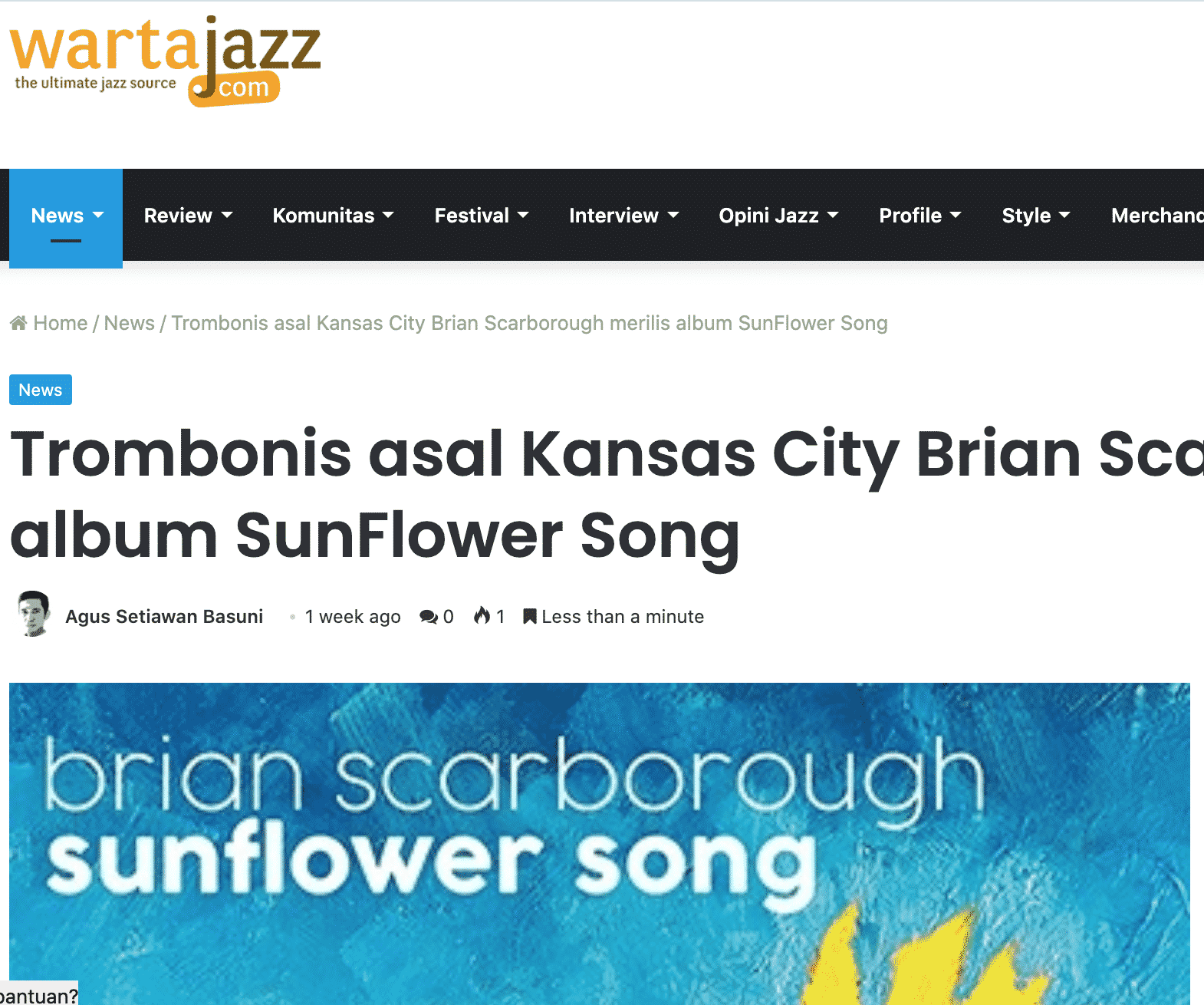