2021 sees the launch of an ambitious project from Swiss drummer Florian Arbenz who is set to release 12 albums (or “conversations”) with 12 radically different groups of musicians.

The first album in the series – recorded from his studio in Basel and accompanied by a feature-length video – features American trumpeter Hermon Mehari and Brazilian guitarist Nelson Veras.

Across a career spanning more than 25 years, drummer and percussionist Florian Arbenz has carved out a reputation as not just a skilled musician, but as a creative collaborator.

This is on full display in a recording which brings together two fellow musicians whose rhythmic concept, harmonic vision and open-minded playing take the listener on a journey which ranges from hard-swinging solos and free improvisations to dreamy soundscapes and, at times, brings to mind influences such as Don Cherry, Steve Coleman & Paul Motian.

“I’ve known and played with Nelson for several years and am captivated not only by his highly original and virtuoso playing, but also by his unique character and his great sense of humor” said Florian.

“Hermon, on the other hand, I had never met before our recording session! I had, however, admired his warm tone, open-minded musicality & improvisational skills from afar and am so happy to have finally recorded with him!“

This slightly unusual line up of guitar, trumpet & drums might, at first glance, miss a bass instrument. But despite the challenges involved, the creativity of the musicians, as well as Florian’s addition of custom percussion instruments covering this range, make for a fascinating listen

Whether with the long-standing trio VEIN who have recorded and toured with Greg Osby & Dave Liebman, or with his own project Convergence which brings together musicians from 4 continents, Arbenz is not a musician content to sit still – as his commitment to these next 12 albums confirms!

Best known for his work with Swiss trio VEIN, drummer Florian Arbenz has toured, recorded and performed with artists including Kirk Lightsey, Greg Osby, Glenn Ferris, Wolfgang Puschnig, Bennie Maupin, Dave Liebman, Rick Margitza, Andy Sheppard, Matthieu Michel, Bruno Rousselet, Michel Benita, Olah Kalman, Tibor Elekes, Oguz Buyukberber and others. In classical music Florian has worked as a percussionist in numerous concerts and festivals including Luzerner Festspiele & Schleswig-Holstein Musik Festival. He has performed with musicians such as Heinz Holliger, Kent Nagano and Paul Sacher and has also staged in solo concerts in Europe and South America. In 2000 Florian Arbenz received the European Award of Culture supporting his engagement in jazz and classical music.
“… it is the compositions written by Florian Arbenz that are particularly striking, sounding like a cavalcade, on a higher level, especially when Florian performs his solos” Kind of Jazz, UK

Born in Brazil in 1977, Nelson Veras developed a unique style based on a mix of classical guitar, contemporary jazz and his Brazilian roots. Nelson Veras moved to France at the age of 14 and instantly drew the attention of a large audience after performing on a special TV show where he played with Pat Metheny. When he was 16 he formed his first band, a quartet with Eric Barret, Michel Benita and Aldo Romano, with which he performed at renowned festivals such as Jazz in Marciac and the Nice Jazz Festival. At the same time he was part of Aldo Romano’s band with Palle Daniellson and Stefano Di Batista, and joined Michel Petrucciani’s sextet ‘Young Lions’. In 1998, at the age of 20, he was one of the 3 winners of ‘Premio Visa of Brazilian Music’ alongside Hamilton de Hollanda and Andre Mehmari. In 2001 he performed alongside Lee Konitz, Gary Peacock and Aldo Romano in a tribute concert to Michel Petrucciani.2003 marked the recording of his first solo cd on Label Bleu with Magic Malik, Harmen Fraanje and Stéphane Galland. In 2004 and 2005, he toured and recorded with Steve Coleman’s Five Elements. In 2009 he recorded a solo guitar CD released on Beejazz. And in 2011 he recorded a trio CD on the same label with bassist Thomas Morgan and drummer Stéphane Galland. Each of these records has received an extremely positive response from both the professional press and the general audience.

Although he already had a growing reputation, the success of Mehari’s debut album ,”Bleu”, put him concretely on the musical map. It covered both the ground of his contemporaries and his own original music in such a way to establish his artistic identity. “Bleu” includes ECM recording artist Aaron Parks on piano, Blue Note recording artist Logan Richardson on alto saxophone, Peter Schlamb on vibraphone, Ryan J. Lee on drums and Rick Rosato on bass. Mehari was the winner of the 2015 Carmine Caruso International Trumpet Competition and a semifinalist in the 2014 Thelonious Monk Jazz Competition. In 2014 he released the CD “Our Journey” with Diverse, his second with the group. Mehari maintains a touring schedule around the world with his own group and as a sideman. Mehari was also the winner of the 2008 National Trumpet Competition and placed 2nd in the International Trumpet Guild competition in Sydney, Australia. As a founding member of Diverse, whose eponymous debut album on Seattle-based Origin Records reached the Top 40 on the Jazzweek Radio Charts, he has performed professionally with noted saxophonists Jaleel Shaw, Logan Richardson, Bobby Watson, Ben Van Gelder, and Tivon Pennicott. He has also performed with Aaron Parks, Joe Sanders, Hubert Laws, Randy Brecker, Tony Tixier, Dave Pietro, Clay Jenkins and many other great musicians. Hermon Mehari received his BM in Jazz Performance from the University of Missouri – Kansas City Conservatory of Music and Dance in 2010. In addition to performing, he dedicates himself to being a serious educator and has participated in clinics and panels around the world. 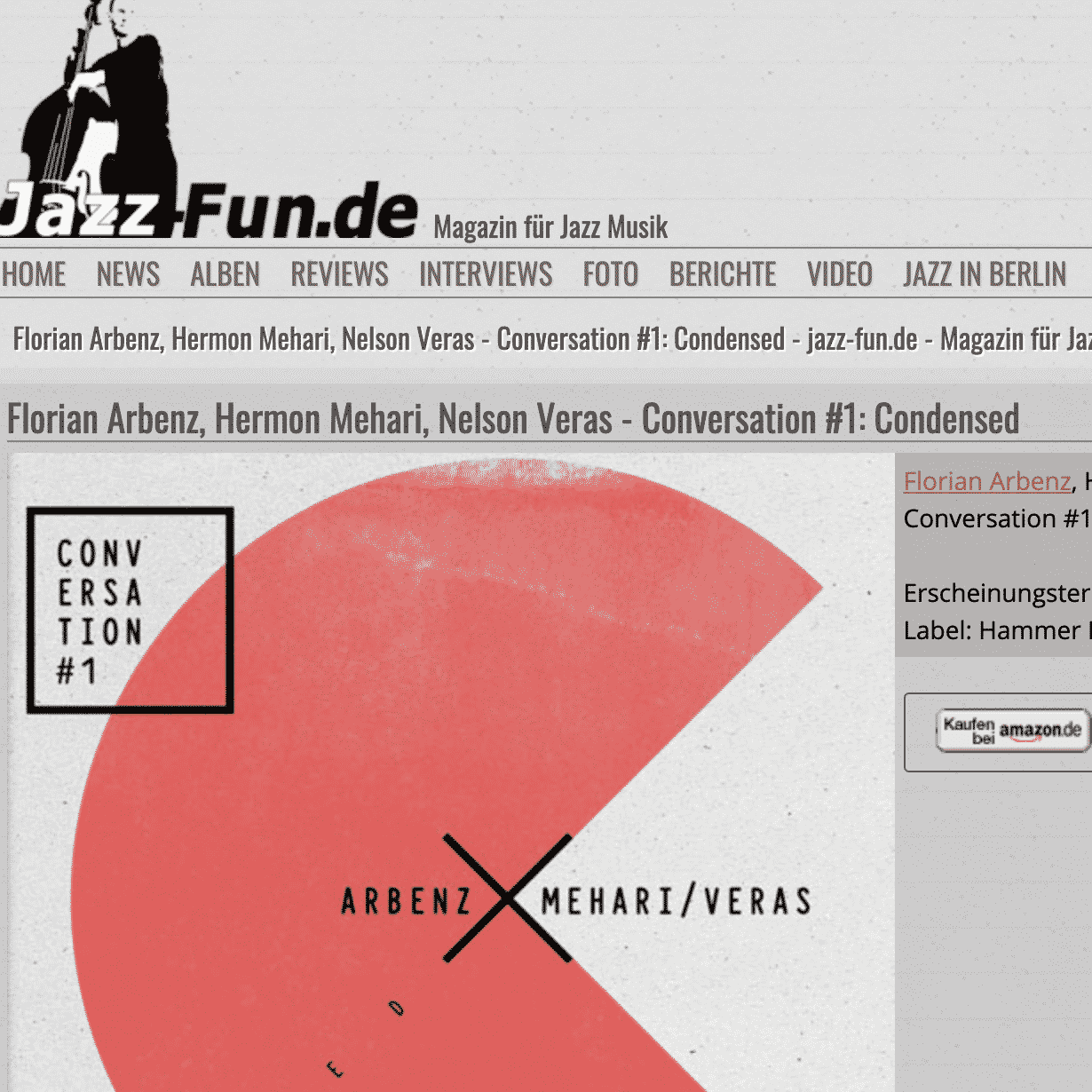 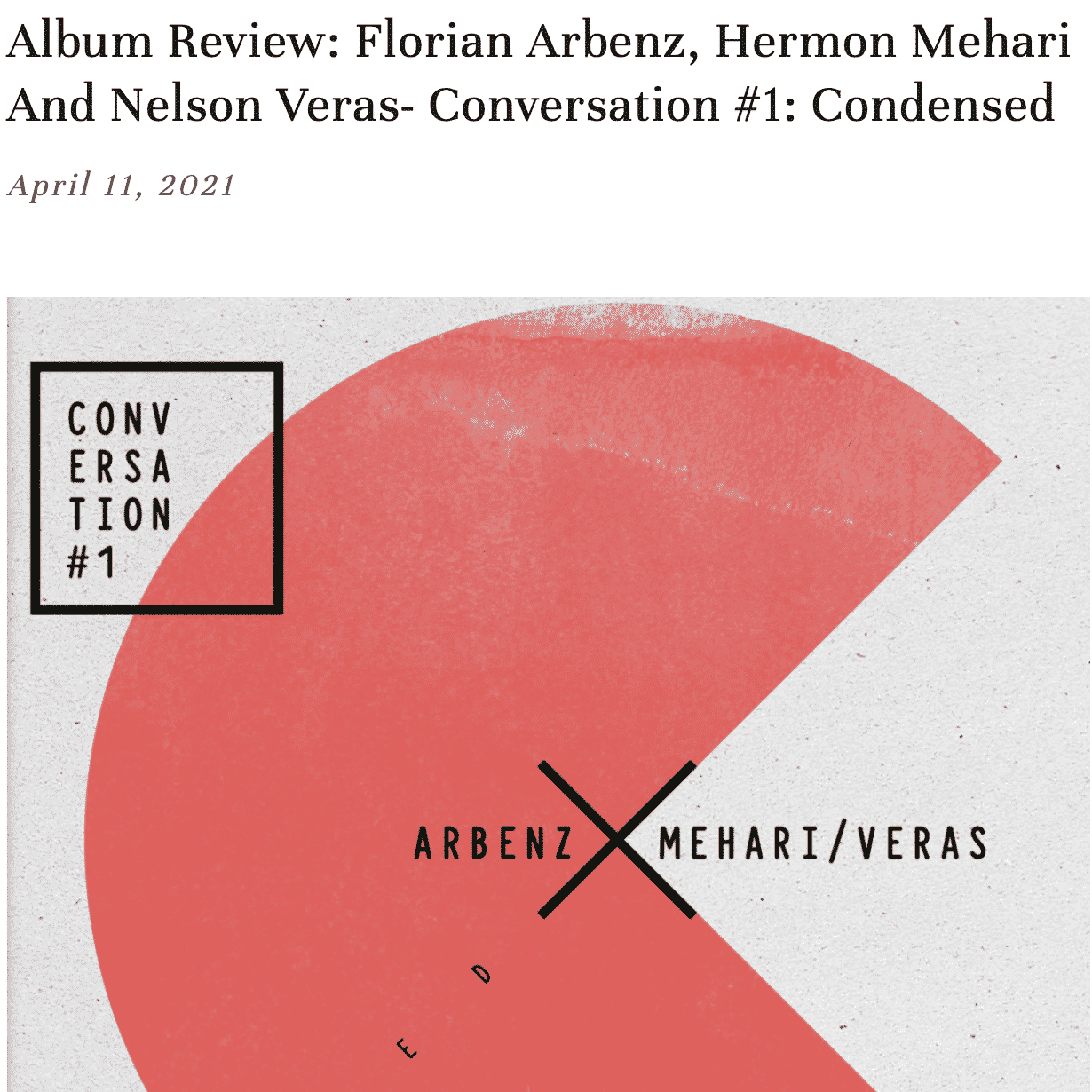 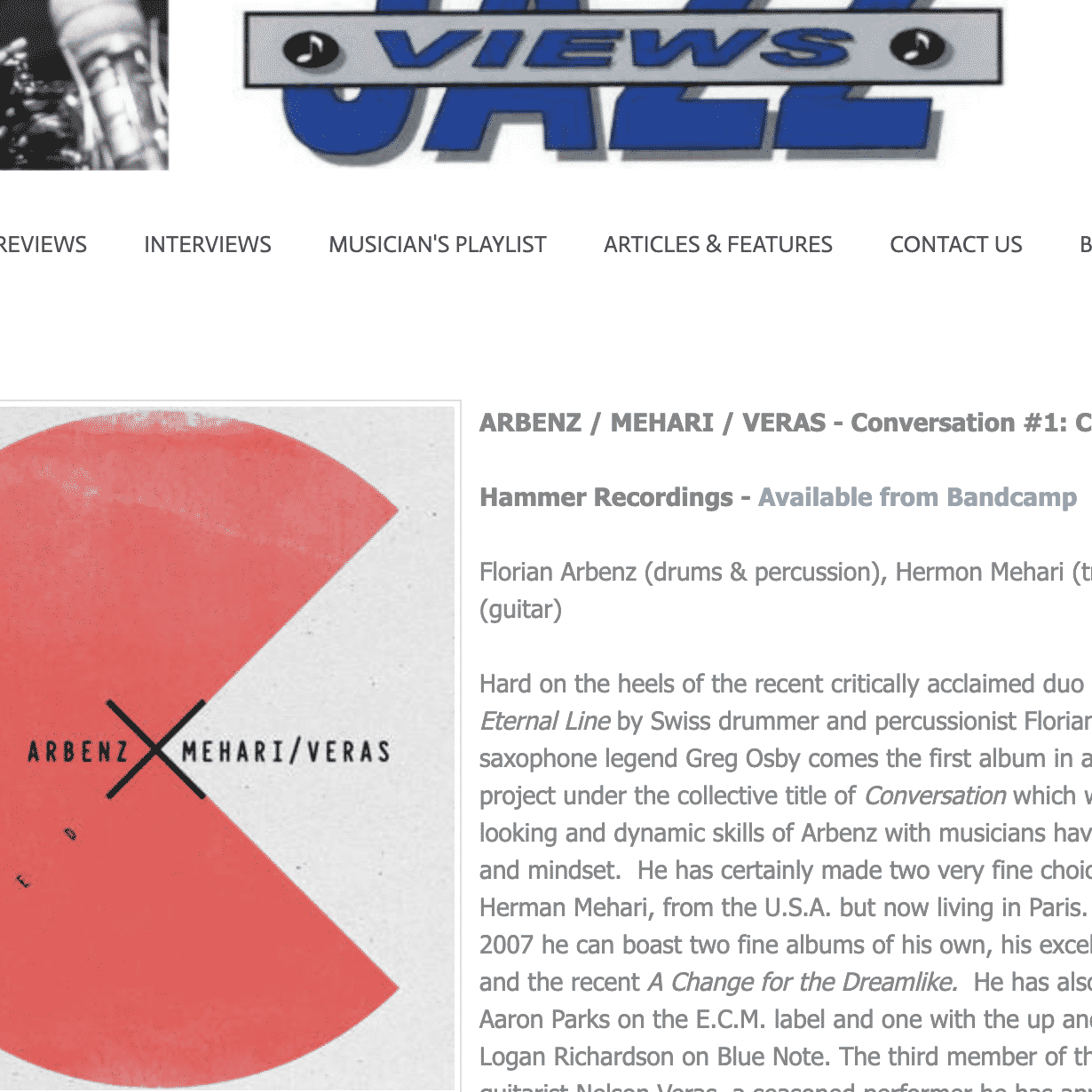 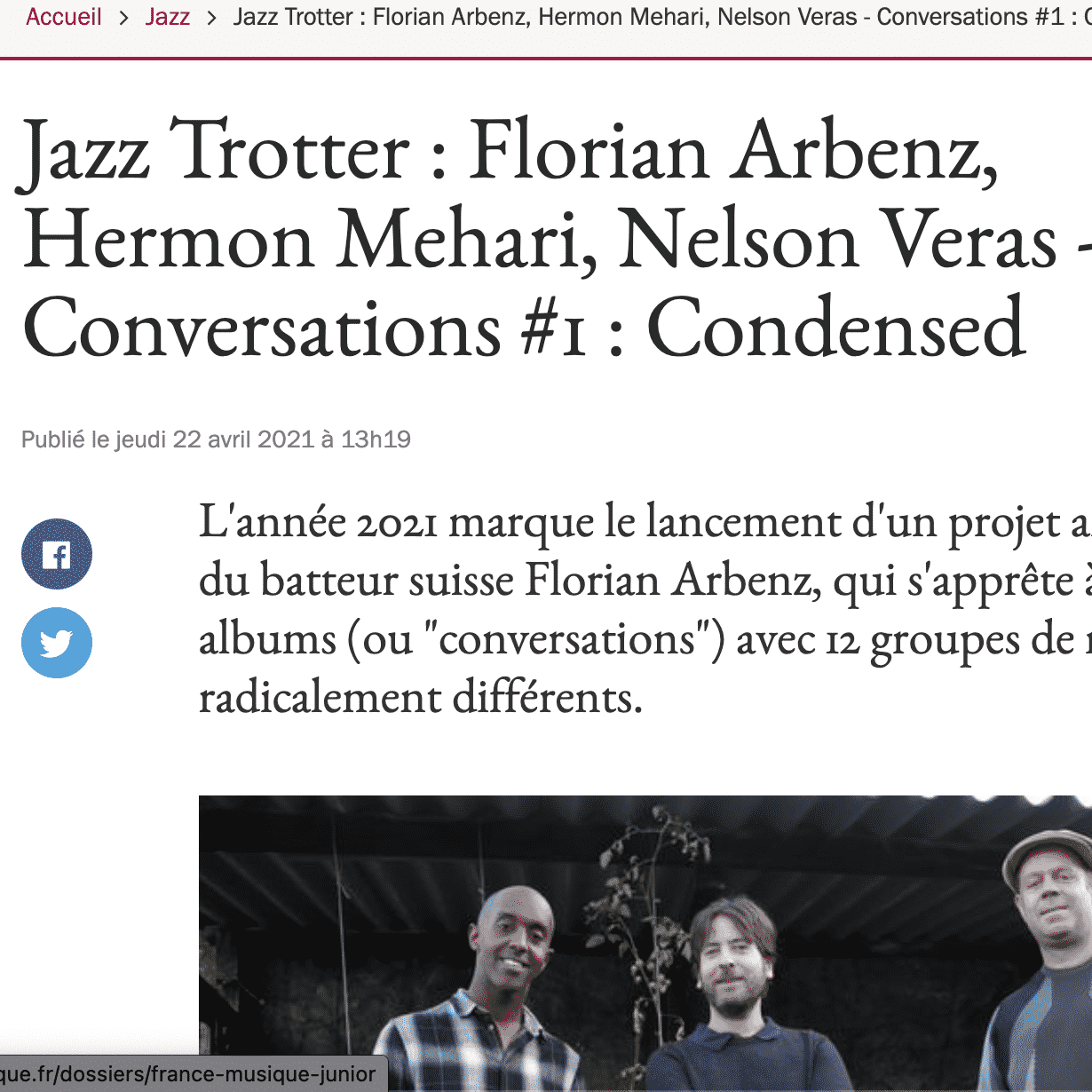 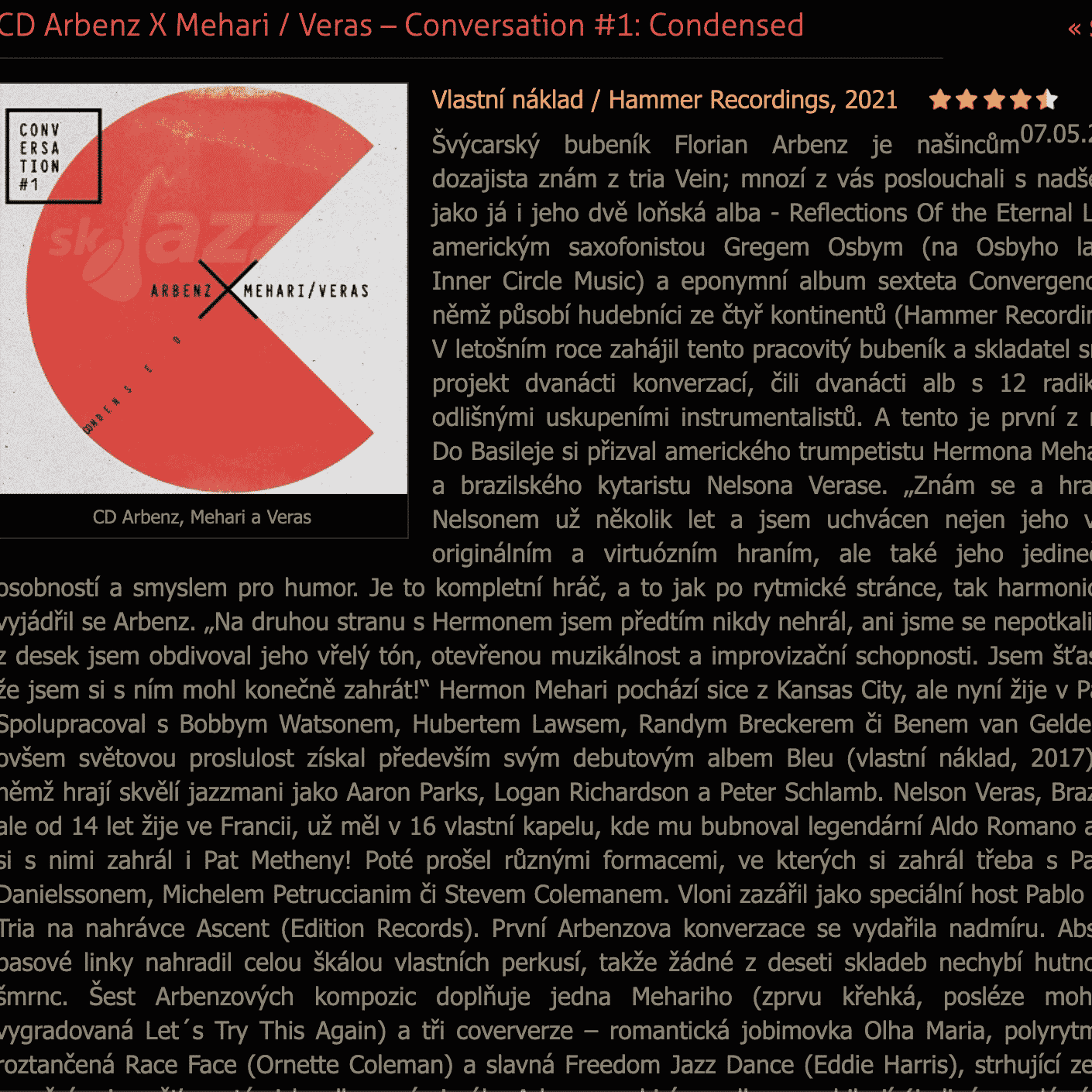 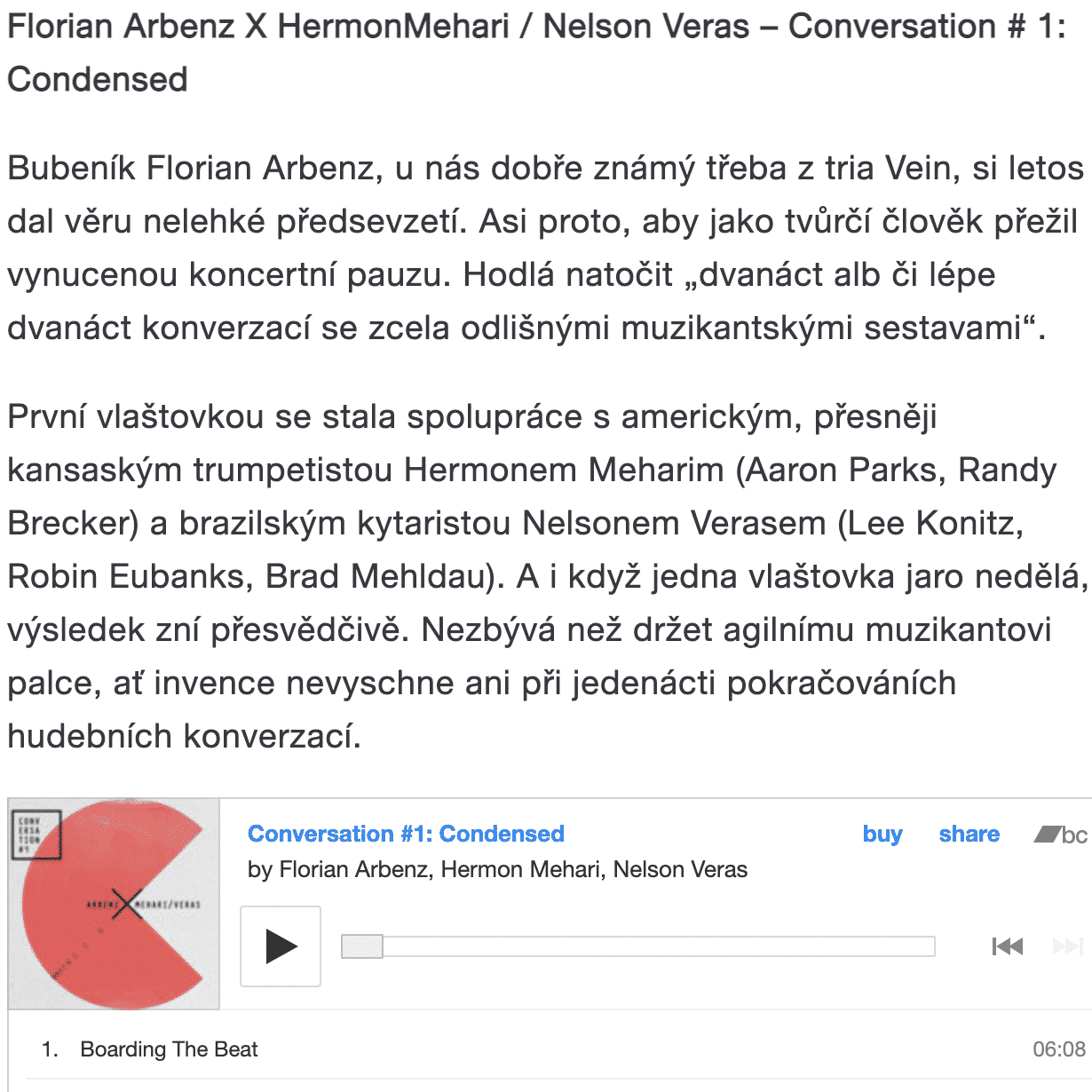 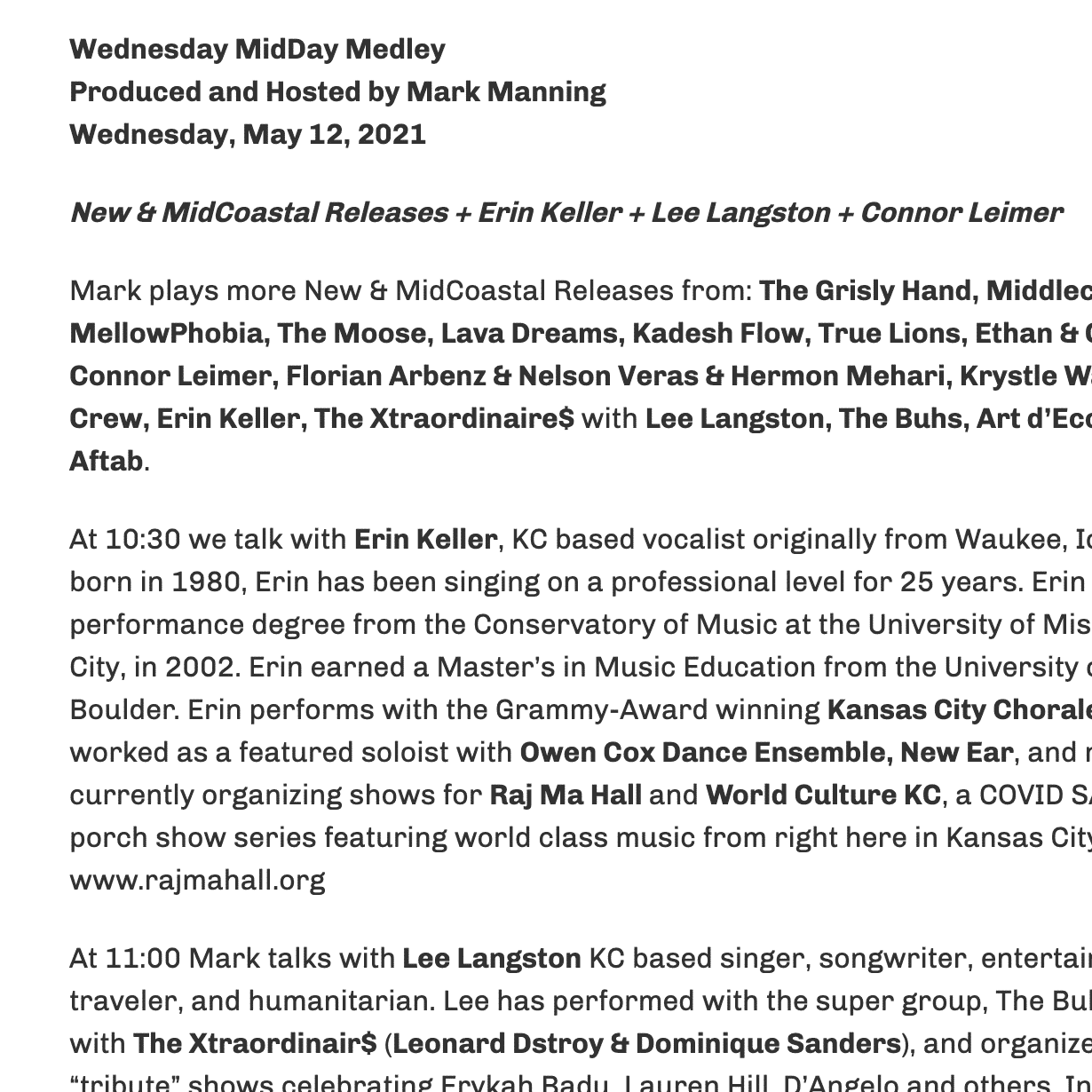