Zatoczka pays tribute to legendary Polish jazz pianist and film composer Krzysztof Komeda, with a fresh reimagining of his compositions for large ensemble.

Initiated by Polish Cinema in Australia to mark 50 years since the Komeda’s untimely death, the project was premiered as a uniquely improvised cinematic experience, bringing together the musical arrangements of Australian saxophonist & bandleader Adam Simmons with video footage shot by video artist Jean Poole.

At times dark and brooding, at others light and swinging, the record provides a new angle on some of Komeda’s best compositions, whilst staying true to the cinematic quality of his work. 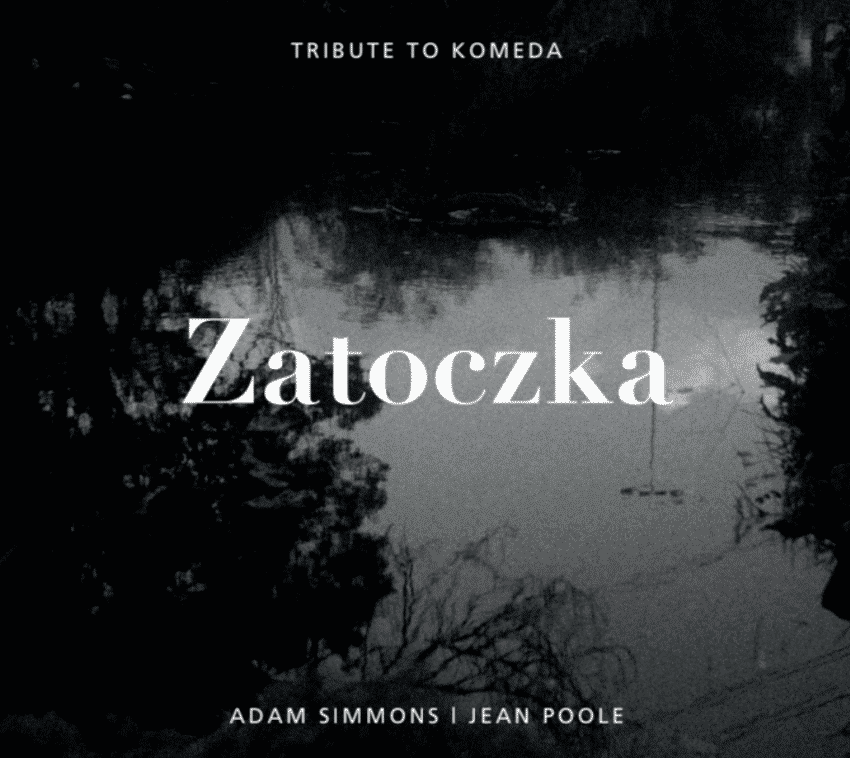 Described as Poland’s most important Polish jazz artist, pianist Krzysztof Komeda was also a prolific film composer with over 40 films to his credit.

Notable amongst these are Roman Polanski’s films Knife in the Water (1962), Cul-de-sac (1966), The Fearless Vampire Killers (1967), and Rosemary’s Baby (1968). Komeda’s album Astigmatic (1965) is widely regarded as one of the most important European jazz albums; British critic Stuart Nicholson describes the album as ‘marking a shift away from the dominant American approach with the emergence of a specific European aesthetic’.

His life was cut short in 1968 after a tragic accident.

Formed in 2004 for a special performance at the Sydney Opera House for the Freedman Awards, this group has since participated in various special projects, such as live recordings for the Australian Broadcasting Corporation and at festivals including Melbourne Jazz Fringe Festival, the Festival Of Slow Music and Wentworth Arts Festival.

Led by award winning saxophonist and composer Adam Simmons, the aim is to bring together musicians of diverse backgrounds to make music that is meaningful and communicative regardless of genre.

A prolific bandleader, his work has been heard via more than a dozen original ensembles over his career, with a recurring theme of large, unusual and/or cross-cultural line ups.

Some highlights of these include the French-Australian collaboration La Societe des Antipodes, Origami, Collider and his eponymous quartet, Toy Band, and Creative Music Ensemble.

His work in the arts also stretches across curation, artistic programming and education, including with the Festival of Slow Music, University of Melbourne, 100:25:1 (performing duets with 100 different artists across 25 nights!), Wangaratta Festival of Jazz & Blues, Artlands and, more recently, bringing this under the umbrella of his arts organisation, The Usefulness of Art.

Adam is a Forestone Artist and performs exclusively on a Forestone RX Red Brass tenor saxophone.

Jean Poole is a Melbourne based video artist, specialising in live projections, though extending to animation, music video direction and installation design. Sean has designed live visual sets for artists such as Gotye, Cumbia Cosmonauts and Cleverhorse.

He has been commissioned to create and control projection mapped video environments for the MONA museum’s annual MOFO and Dark MOFO festivals. His fascination with the possibilities of real-time video manipulation – has seen him projecting video onto 100 million year old dinosaur skeletons, onto car wrecks in the Australian desert, onto Turkey’s Cappadocia cliffs, and onto masked wrestlers on rooftops in Mexico.