The Aeolian Scale [Guide To Modes in Jazz] 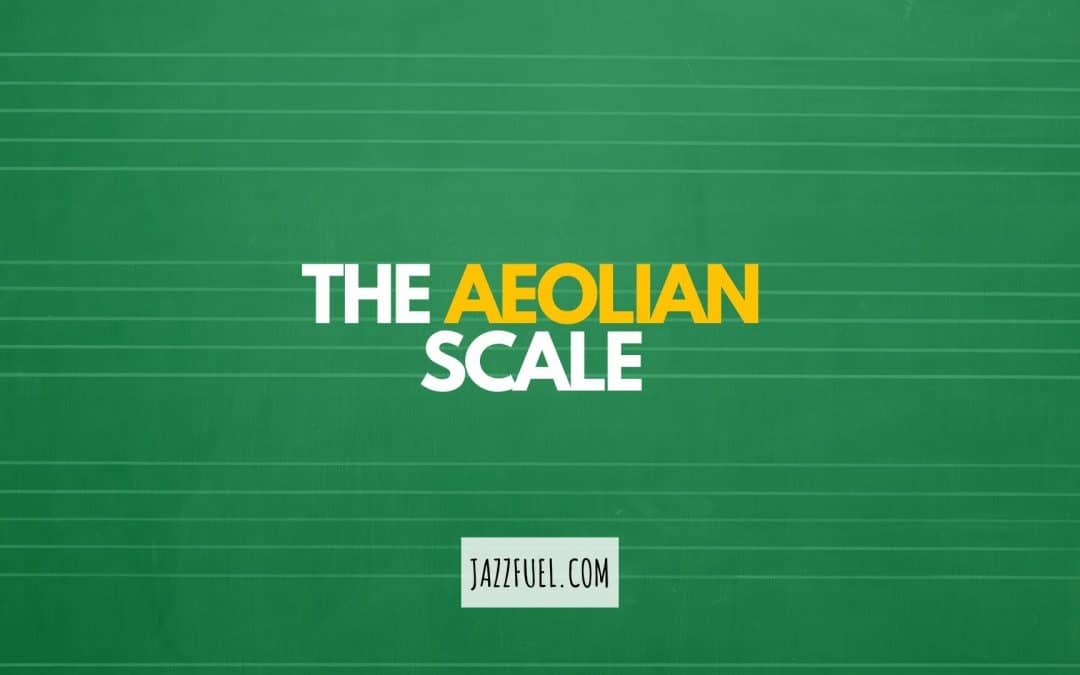 As part of our series on the different scales and modes used in jazz, we turn our attention to the aeolian scale.

The Aeolian scale is one of the essential scales or ‘modes’ that all musicians should learn.

Whether you are laying down minor chords on guitar or piano, or playing melody lines and soloing, you will find the Aeolian to be a useful tool to have in your musical tool kit.

Next to the Ionian (major), dorian (minor) and mixolydian (dominant) modes, the Aeolian is the most extensively used scale in western music. It’s utilised in pretty much every form of Western music, including classical, Jazz and many types of popular music.

In fact, it’s such an important scale in western systems of music that it shares a special relationship with the major scale.

More on this a bit later, but first…

What Is The Aeolian Scale?

In terms of music theory, the Aeolian scale is the sixth mode of the major scale.

It’s also known as the Natural Minor scale which is the form of the minor scale when it is unaltered from its diatonic form.

In practice, it’s minor third and seventh give it a minor sound, not dissimilar to the dorian mode.

The only difference? The Aeolian also has a flattened 6th.

Like all minor scales, Aeolian has a dark or sombre sound which can sound angry or inspired (as it often does in classical music).

Whilst this is true of all minor scales, it’s flattened 6th is the thing which makes it stand out and gives it a certain mystical quality that other minor scales lack. 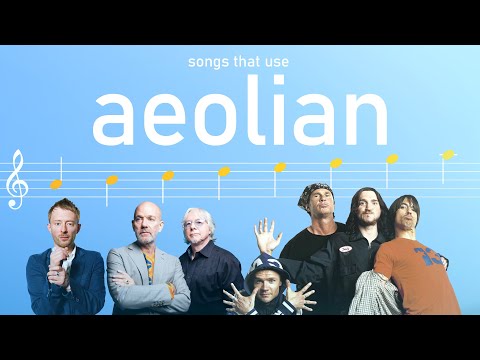 How To Play The Aeolian Scale

If you have never studied the modes, think of it this way: the major scale is the parent scale of the modes.

The modes are made of the exact same notes as the parent scale, only they are played in a different order. The mode you get depends on what scale tone you begin and end on.

The Aeolian scale can be built in two ways.

The easiest way is to simply play a major scale starting on the 6th degree.

In the key of C Major, for example, you would take the C ionian scale:

Then you will play it from the sixth note, in this case A, and follow the scale tones to the next A, like this:

The ‘A’ becomes the tonal centre and is said to be the root note or first degree of the new scale, which is A Aeolian.

The second way to build the Aeolian scale is to follow the interval pattern or scale formula.

A way you can build an Aeolian scale without knowing a relative major scale is by using the scale formula.

All scale formulas are written relative to the major scale and, in the case of the Aeolian scale, looks like this:

If you prefer working in half and whole steps, it looks like this:

The scale formula written out in this way gives you all the intervals in the scale.

These intervals give you a minor seventh chord when you build a chord off the root tone, with a flattened 6th or 13th.

You can hear the aeolian scales in classical pieces as far back as Beethoven’s “Moonlight Sonata” and much more recently in pop music like REM’s ‘Losing My Religion,’ and Adele’s “Hello.”

It made its way into the standard jazz vocabulary with the emergence of modal jazz.

An excellent example of this is its use in the classic jazz tune Milestones which utilises a simple form alternating between G Dorian and A Aeolian. 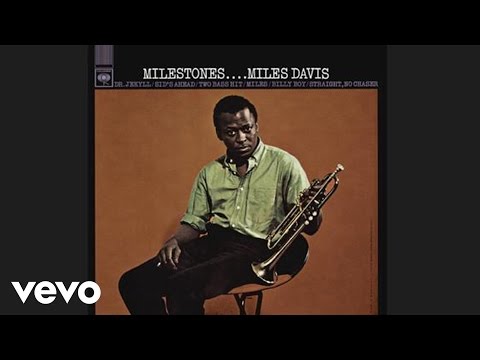 Aeolian as a Key – The Relative Minor

When you write a melody and harmonize it using the Aeolian scale, you are said to be in a minor key.

As the 6th mode of the major scale, Aeolian is known as the relative minor key.

Every major key has a relative minor key and the two share a special relationship as they have exactly the same notes, but without the same tonal centre.

Composers have taken advantage of this special relationship between major and relative minor keys for centuries, moving back and forth between them whenever the composer is looking for a new emotional colour.

If you look at any diagram of the circle of fifths, not only will you see all the major keys mapped out, but you will also see the relative minor keys inside the circle.

Each of these minor keys is the Aeolian scale relative to the major key.

If you’re just getting started with scales and modes, learning how to play it is enough.

If you’d like to go a little deeper, it’s interesting to look at it’s context within harmony…

When you harmonize a scale, you build chords on each degree of the scale using only scale tones. The chords are then numbered according to the scale degree, 1-7. They are designated by Roman Numerals.

The Aeolian scale yields the following:

The minor iv and v chords in Aeolian make it difficult for composers to resolve cadences, which is why Harmonic Minor and Melodic Minor scales, which are both like Aeolian except they have a raised 7th note, are sometimes substituted for Aeolian.

Summing Up the Aeolian Scale

To sum up our look at Aeolian, remember that almost any time you hear music in a minor key, you are hearing the Aeolian scale.

Aeolian is the sixth mode of the major scale. You can easily play it on a piano by playing the white keys from ‘A’ to ‘A.’ Play them in this way and you are sure to get a sense of Aeolian’s uniquely moody, somber sound.

Below is a complete list of Aeolian scales to help you get started studying this powerful musical tool.

Looking for more scales and modes?

Check out our guides to the lydian mode, dorian minor and the mixolydian scales here.